It is that time of year again. I gratefully and quietly pick the sour pie-cherries from our trees. There is much time for reflection as I join with the rhythmic plucking of these small rosy treasures watered by snow melt and water from the Rio Grande and nurtured by the New Mexico sun.

Two years ago I wrote about cherry picking for Global Sisters Report. Last year at this time I wrote about the unveiling of the long awaited encyclical Laudato Si'. This year, after a U.N. Climate Agreement in Paris in December 2015 and Laudato Si' and another record warm spring, I find myself in a place of somber reality.

This past week New Mexico Interfaith Power and Light co-sponsored an event with Cynthia Scharf, the chief speech writer on climate change and the U.N. process for Secretary General Ban Ki-moon. She was one of the few people with the U.N. who was intimately involved in the entire process that led from Copenhagen to a Paris agreement.

The window of opportunity to stay within 2 degrees centigrade of planetary warming is closing very rapidly, and studies state that we have five years left before it's no longer possible to achieve only an increase of 1.5 degrees. In order to meet this, peak emissions (maximum use) of fossil fuels must be reached by no later than the end of the current decade. As she stated these and more facts, I kept seeing the faces of women, children and men who are already climate refugees.

The United Nations reports 60 million refugees this year, the highest since World War II. Of these, an estimated 20 million are climate and environmental refugees. These numbers pale to what we will be facing in the coming years and decades when up to 20 percent of the global population may be forced to move because of droughts and rises in sea level.

But, such facts do not seem to move us to action. I appreciate Laudato Si' and attribute it and other interfaith statements on climate change for putting climate change as a moral and ethical imperative front and center at the December climate meetings in Paris. Yet still, even Laudato Si' has not moved Catholics or our leaders to make the radical shift needed to connect climate change to concerns of refugees, immigrants, food security/sovereignty, poverty, and war and violence. Our study sessions and prayer must move us to moral action — and on a large communal scale.

One by one and millions by millions, we must act boldly from our faith and our hearts for life and by what we love and cherish. What diminishment or extinction do we grieve so deeply that we will change our consciousness, lives and actions to grapple with this enormous challenge that now filters like the sun through every part of our lives? For Cynthia it is her children and grandchildren and an experience she had one fall day when she saw geese flying overhead while she was on her way to work at the New York U.N. office. What if her grandchildren would never hear the fall call of the geese?

For me, it is the cherries before me right now; the faces and stories of the women from Bangladesh and countries in Africa and the future of our family farm in Kansas that my nieces and nephews will steward through a hotter drier climate in that region.

I awake some mornings early, before the sun with so many images and wonderings swirling about me. There are no answers or crystal balls, only early morning prayer and days filled with efforts for loving actions in many forms.

And act, we must — in our personal lives and on the larger scale of addressing policy, structures and institutions. While so many people in this election year are concerned with terrorists, the Islamic State and the economy and jobs, the single largest threat affecting all of these areas is climate change. Yet, climate change is hardly on the radar.

We live in a reality where we need to set limits on fossil fuel emissions as quickly as possible. We find ourselves confined in a straightjacket of personal, communal and family business-as-usual and in the stalemate in U.S. Congress that is financed by large corporate profit.

But, we can move from this straightjacket into life affirming action.

One important recent policy effort is a campaign to address methane emission and pollution standards for the oil and gas industry, including flaring, leakage and waste, through regulations by the Environmental Protection Agency and the ones proposed by the Bureau of Land Management. While this is not a stop-fracking or keep-it-in-the-ground campaign, it is an immediate way to support policy that addresses methane pollution, which can be up to 85 times more potent in contributing to carbon emissions than burning fossil fuels.

On the anniversary of Laudato Si', we recall that Pope Francis states that it is a moral imperative to act. It seems that many in our church structures and we as individuals are still not realizing the local and global meaning of this call. I offer a few thoughts of how to get started:

1. Reflect upon what it is that you love that can become a focus to move you from apathy and despair to action and hope.
2. Pray each day for a heart of love to act.
3. Take one step into the next at living more lightly and do not get stuck in the recycling mode. Meatless Mondays and Fridays or more may be a way to begin.
4. Vote values this year.
5. Vote for divestment from fossil fuels by your pension funds or other investment holdings.

Choose one realistic campaign to change public policy or address adaptation and mitigation. The Green Climate Fund or the methane pollution arena might be places to begin. Contact Interfaith Power and Light in your state or the Catholic Climate Covenant to get involved.

The cherries are picked now for another year. As I savor their deliciousness in pie throughout the winter, I pray they will nourish me and the guests in our home for continued work to act for all that we love and cherish. Maybe next year when I pick cherries my reflections will be of how boldly we have acted this year. 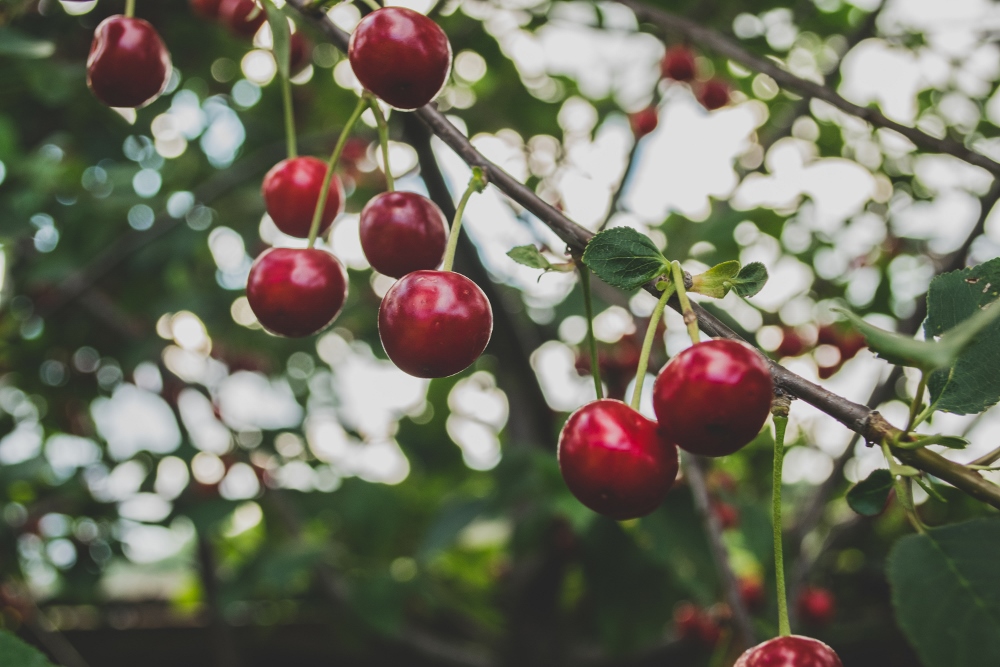