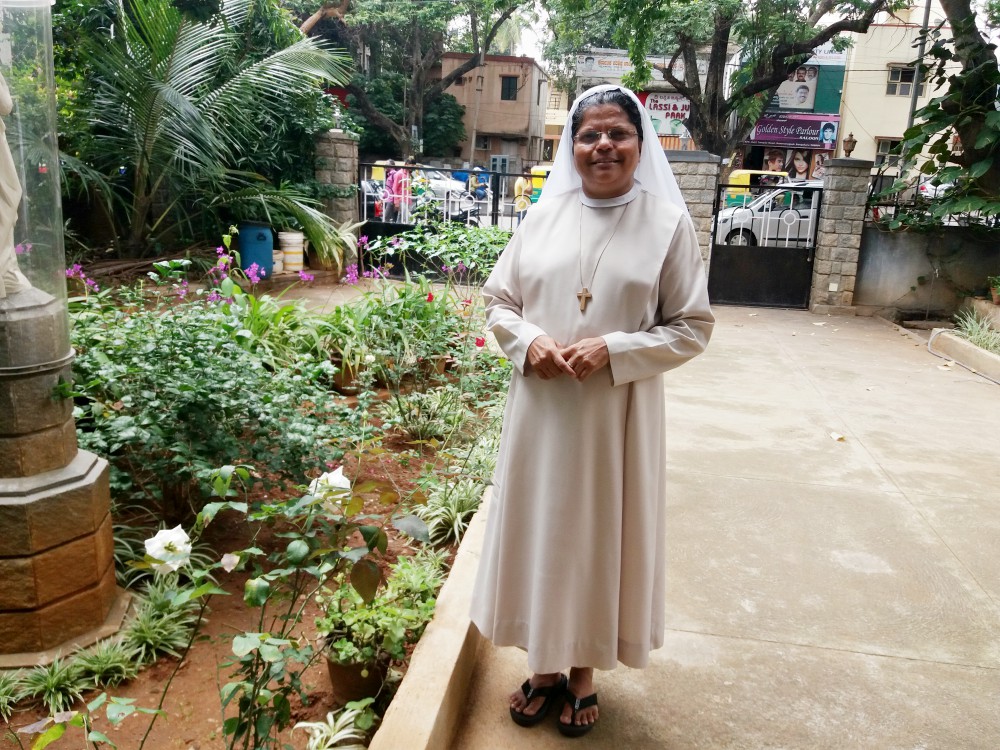 Sr. Gracy Vadakara on the campus of the Daughters of the Church convent in Bengaluru, Southern India (Philip Mathew)

Sr. Gracy Vadakara, the Indian provincial of the Daughters of the Church, is a promoter of interreligious dialogue and ecumenism. The 56-year-old nun, based in Bengaluru, Southern India, was elected the head of her congregation in 2018. Previously, she served as the general councilor of the congregation in Rome.

Vadakara has a doctorate in ecumenism from the Pontifical University of St. Thomas Aquinas, also known as the Angelicum, in Rome. Her studies were sponsored by the Russell Berrie Fellowship in Interreligious Studies, a Jewish foundation based in the United States. One of the aims of the foundation is to educate leaders with comprehensive understanding of interreligious dialogue. The students are from various parts of the world.

Vadakara is a student of Rabbi Jack Bemporad, a scholar who initiated Catholic-Jewish dialogue with the help of Pope John XXIII at the Vatican.

Vadakara spoke to GSR in Bengaluru toward the end of 2019.

GSR: What made you interested in interreligious dialogue and ecumenism?

I grew up with friends who were Hindu and Muslim. My friendships with them influenced me to know more about other religions.

I was not aware of the ecumenical movement before entering the convent. My congregation taught me the need of prayer for the unity of the church, which was a part of our charism. I was also given chances to attend ecumenical prayers, especially during the Week of Prayer for Christian Unity. These events have drawn me more into interreligious dialogue and ecumenism.

Who was your inspiration to pursue interreligious dialogue?

Jesus Christ himself is my first inspiration. The prayer of Jesus, "May they all be one" [John 17:21], had a great influence on me. Jesus teaches me that we can be most effective messengers to the world if we are united and become a spiritual orchestra that plays the beautiful music of love and harmony.

Secondly, during my doctoral studies, Rabbi Jack Bemporad became my inspiration. The rabbi was my professor. He was an internationally recognized theologian, scholar, interfaith advocate. A Holocaust refugee from Italy to the United States, he inspired many people to become messengers of peace and harmony through dialogue with religions, cultures and politics.

What is the relevance of interreligious initiatives in a multireligious country like India?

It is only by advocating interreligious dialogue that we can construct a peaceful nation. Therefore, it is a pertinent topic of the current period.

Interreligious initiatives are not a luxury, but an indispensable obligation of every citizen. In a multireligious and multicultural country like India, dialogue is a vital means for evangelization. Pluralism is the heritage of India and a God-given gift. Pluralism is acceptance, appreciation and celebration of diversity.

Interreligious dialogue has got multiple relevance. We are faced with tension, disharmony, violence and discrimination based on religion, language, caste, culture and so on. Unscrupulous religious fundamentalism leads to individualism, violence, chaos and confusion. Therefore, it is the need of the time to establish a harmonious relationship with the followers of different faiths.

To be an Indian means to be interreligious. A religious, too, has to be interreligious in India. So do all Christians in this country. Without being rooted in one's own religious belief, its values and doctrine, we cannot be open to other religions and beliefs. Our existence in India is likely to become worthless if we do not have this openness. This applies not just to Indians, but the whole of humanity, as we live in a global village.

What are your current activities in interreligious dialogue and ecumenism?

I am involved in promoting interreligious dialogue at the grassroots level. I try to teach the young generation to respect one's own religion, respect diversity, embrace unity and establish excellent relationships with the followers of different faiths.

Sr. Gracy Vadakara speaks at a school function in Ranchi in the Northern Indian state of Jharkhand. (Provided photo)

I have opened an interreligious library for the students of a school run by our congregation in Kerala with the help of the Russell Berrie Foundation. The students are Hindu, Christian and Muslim. I started the library in order to generate curiosity and interest in them to know about other religions, respect them and live with them harmoniously.

I gave them seminars on world religions and conducted quizzes on them. Posters on unity in diversity are given, and an essay competition on interreligious dialogue and world religions is conducted. Prizes were given to the winners to trigger in them enthusiasm and interest. I intend to continue such initiatives with students in future.

What made you become a religious sister?

I found holiness in religious life, and that inspired me to join the convent. I believe the vocation is a precious gift from God. I am extremely happy and thankful for it.

What did you do before becoming a nun?

I was born and brought up in an ordinary orthodox Catholic family. During my college days, I had all the vulnerabilities of the age. But I noticed those days that I had a soft spot for the poor and the needy. 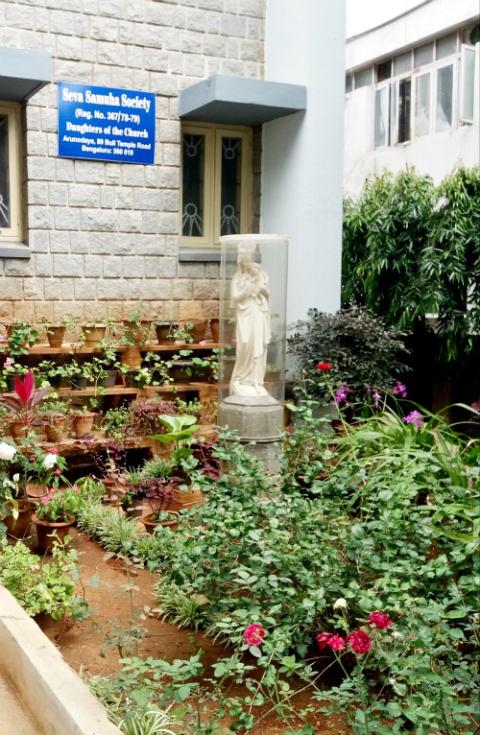 The Daughters of the Church convent in Bengaluru, Southern India (Philip Mathew)

What are your current activities as a provincial superior?

A provincial superior implies visiting our sisters and our missions wherever they are. The Daughters of the Church are in different parts of the world, such as Italy, France, Portugal, Spain, Turkey, Colombia, Bolivia, Brazil, Ecuador, Philippines, Vietnam and India.

In India, we are in states such as Kerala, Karnataka, Odisha, Madhya Pradesh, Assam and Jharkhand. Sisters collaborate in the parish pastoral activities, such as catechism, preparation for the first holy Communion, confirmation, liturgical animation, youth animation, and animating other pious associations of the parishes.

During my visit to different states, I speak of the importance of harmony and unity among religions, especially to the school-going students.

Apart from it, I am also part of the archdiocesan pastoral commission of the Archdiocese of Bangalore. I'm also preoccupied with other activities and responsibilities of the convent.

What are your future plans as far as interreligious dialogue and ecumenism are concerned?

I have a great desire to commit myself for interfaith bridge-building. Therefore, I would like to organize people of goodwill who are interested in it. I want to educate school students at the grassroots level for action and organize interreligious conferences and interreligious prayers for them.

Ecumenism is a part of our congregation's charism. Our foundress constantly exhorted us to pray for the unity of the church. I am also trying to have a group of people who can talk of current issues in the world, especially about the persecution in the name of religion, and act for the global good and welfare.

I know unity is not an ideal or a goal, but a fact, just as the Trinity is a fact. Because of the spirit of Christ in the body of believers, poured out during that first Pentecost, true ecumenism is ours to enjoy.