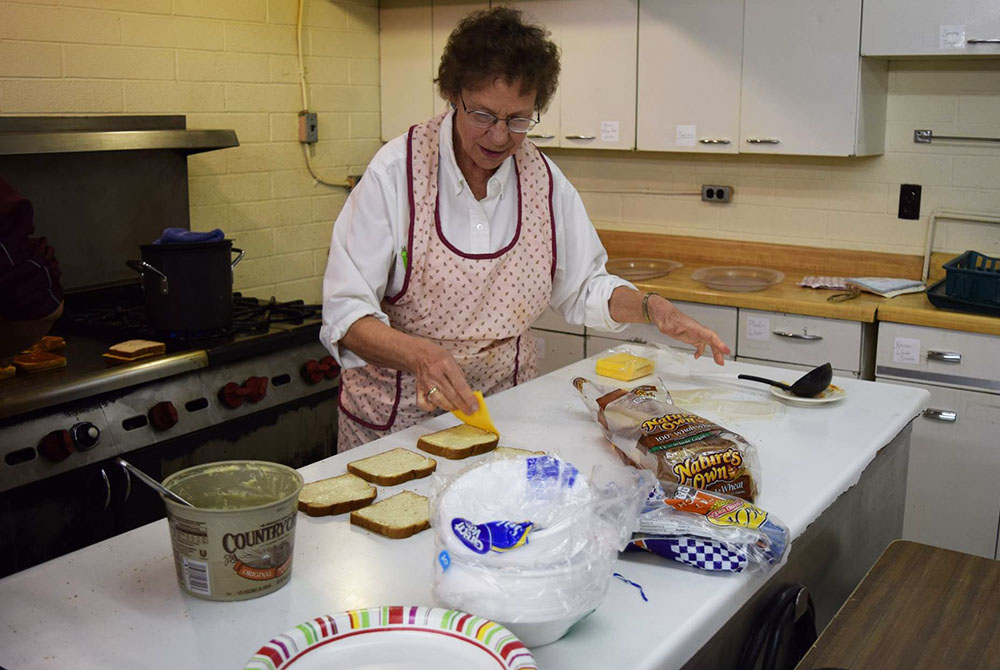 For Oldenburg Franciscan Sr. Patricia Bietsch, ministering to the Navajo people expressed her love and respect for their traditions and a deep concern for their extreme poverty.

When I arrived at St. Mary Mission, Tohatchi, New Mexico, to work in the office as a full-time volunteer in late February 2015, Sister Pat had already served more than 15 years total at the mission. She first arrived in 1992 and spent eight years living among the Navajo, leaving for other ministries but drawn to return in 2006. With more than 50 years as a sister, she remained an integral part of the ministry team until her death on Nov. 17, 2019, just months short of the 2020 celebration of the mission's 100th anniversary.

Tohatchi lies approximately 25 miles north of Gallup along the old U.S. 666 — now U.S. 491. The mission encompasses thousands of square miles of northwest New Mexico, in the midst of homesteads where hundreds of Navajo raise sheep, cattle or horses. 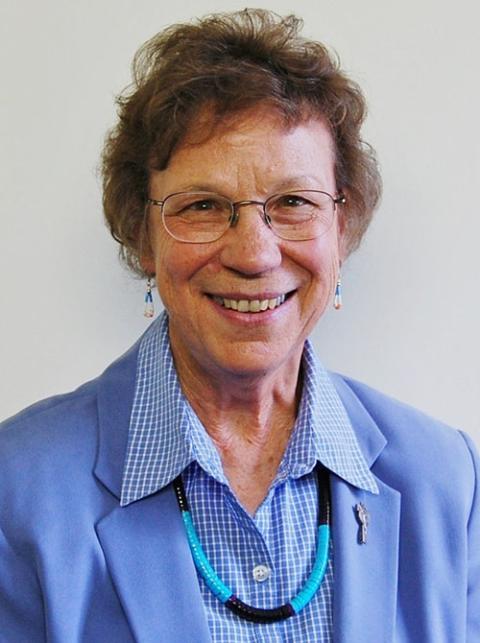 Sister Pat provided my orientation, during which I learned the clothing worn during Navajo festivals and ceremonies weren't "costumes," and the sacred rituals weren't performances for the curious eyes of outsiders.

Her wisdom included a warning about the one question Navajo asked newcomers: "How long do you plan to stay?" She had seen the comings and goings and grasped how the Navajo mistrusted temporary missionaries with good intentions.

Sister Pat must've said the same, given her long tenure with the Navajo. A very human, grounded woman, with the energy of a 20-something, she coordinated numerous programs, planned liturgies, fed birds and planted flowers and vegetables.

Each day began with morning prayer in the mission's hogan (pronounced hoe-gone) chapel, a six-sided log structure constructed the way many Navajo built their own homes. Sister Pat, Sr. Marlene Kochert — another Oldenburg Franciscan — and I would take turns lighting the wood stove early on cold days, warming the interior before Mass. Evening prayer, as our schedules allowed, brought Sister Marlene and me to Sister Pat's living room. 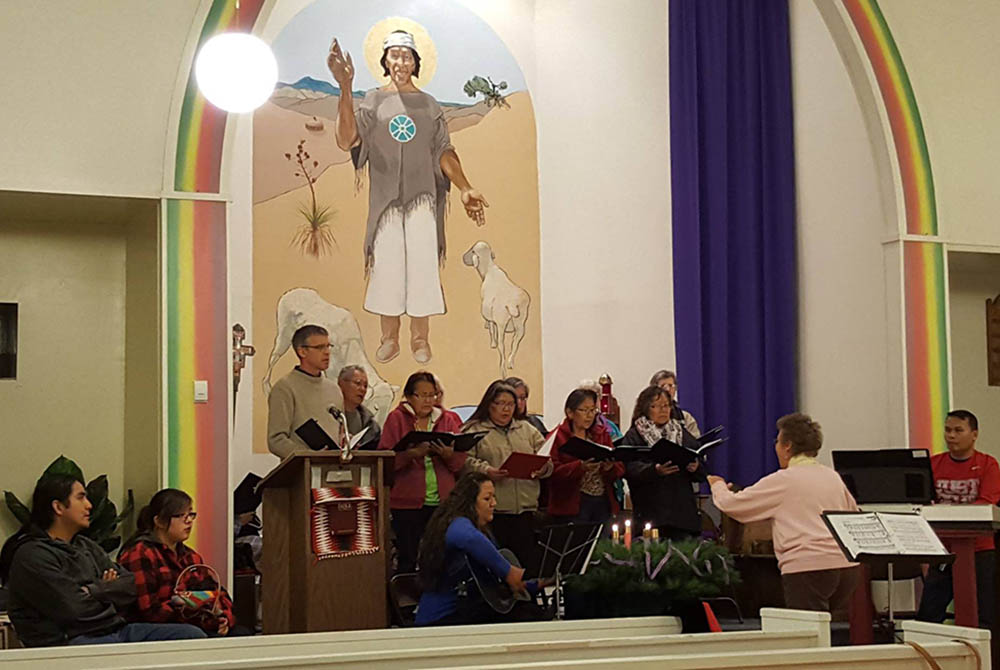 Sister Pat's schedule ran well beyond a 9 to 5 day, from ensuring St. Mary Mission raised funds for a tuition assistance program allowing Navajo families to send their children to St. Michael Indian School, about 40 miles from the mission in Arizona.

Sister Pat worked to provide transportation for many students to St. Michael's, and would herself jump behind the wheel of a passenger van if one of the regular drivers could not make it.

Beyond sacrament preparation and RCIA classes, Sister Pat invited those with developmental disabilities to the mission for a special religious education program. A weeklong summer bible school brought scores of youngsters to the mission, with Saints Peter and Paul parish in Reading, Ohio, sending volunteers to lead songs, crafts and lessons.

Food played a major part in her ministry and most mission gatherings. On Sunday mornings, Sister Pat drove an 80-mile round trip for Mass and communion services, south to St. Joseph in Coyote Canyon and north to St. Anthony in Naschitti, her vehicle loaded with fresh produce or other staples from the mission's food pantry, helping feed impoverished Navajo families.

Related: Food banks, firewood and outreach: Sisters minister to the Navajo amid pandemic 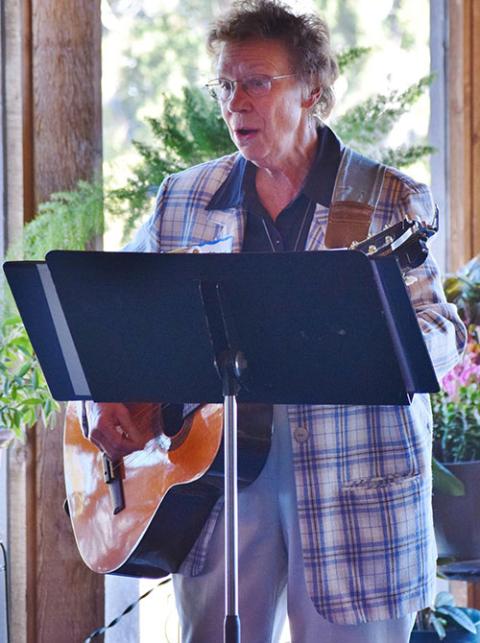 She played guitar or piano at the services, some songs in Diné, the Navajo language. Potluck meals followed, ensuring the Navajo enjoyed a decent meal.

One Sunday, as Sister Pat and I left St. Anthony, a Navajo man stopped us. Sister Pat, in her announcements after Communion — more effective than social media, given the lack of electricity in many Navajo households — had mentioned an upcoming meeting.

I couldn't help but chuckle, "It's a tradition everywhere."

Many of the Navajo, having never left the reservation, didn't know such things.

Sister Pat, though, gave the youth group at St. Mary Mission a chance to experience what lay beyond their native land. 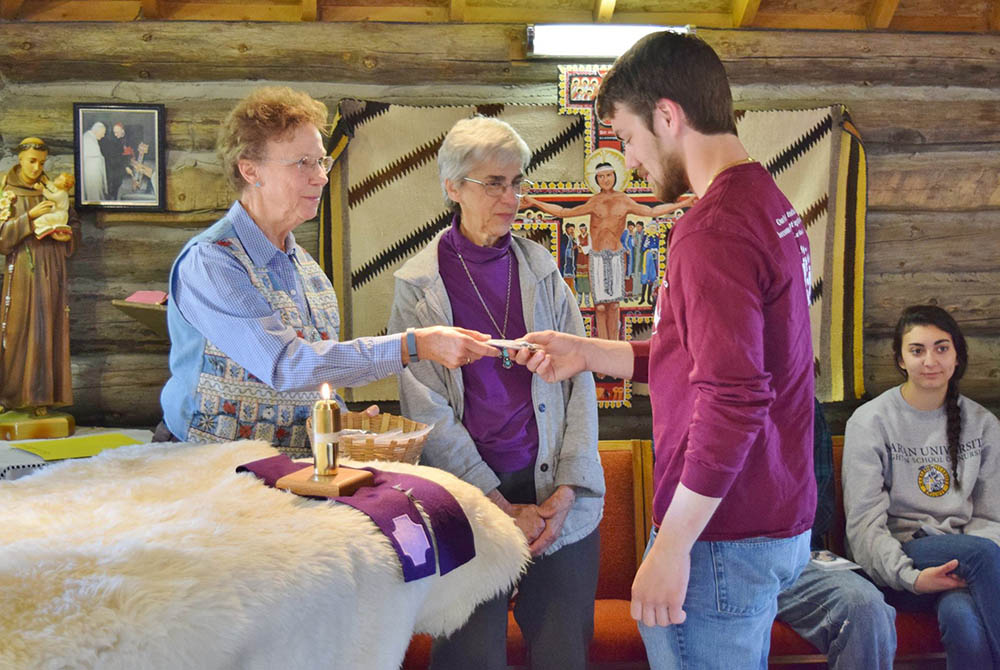 Sr. Patricia Bietsch presents a Tohatchi Cross to a student from Marian University in Indianapolis, during their immersion trip to St. Mary Mission, March 2016. (Provided photo)

Fashioned after these immersion trips, Sister Pat coordinated with contacts in Cincinnati so the Navajo youth — and many of their parents — enjoyed a reverse mission trip to Ohio in July 2015. Stories shared of the trip with the rest of the mission community moved many to tears and gave the trip's participants hope for the future.

Sister Pat assisted in coordinating the feast day of St. Kateri Tekakwitha each July, and travel for the Navajo to the annual Tekakwitha Conference, held at different sites each year. 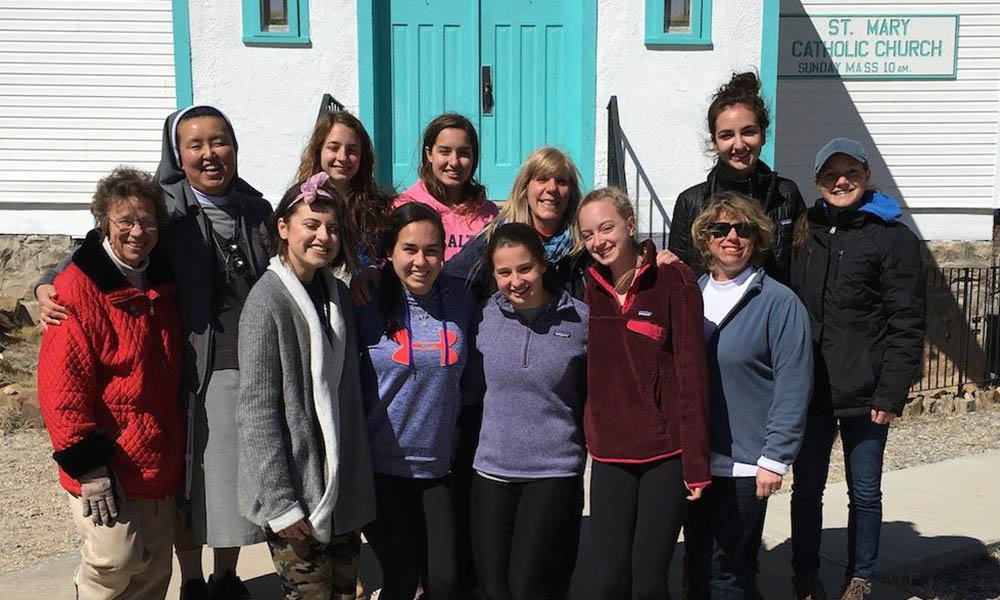 The Navajo invited Sister Pat to their birthday parties, family celebrations and festivals. That was rare for an "outsider," but they considered her part of their community because she labored so diligently to honor their culture and ease their burdens.

She always offered a willing ear, or a little cash. From my porch, I saw her many times chatting with Navajo parishioners about their problems. She hosted a weekly Alcoholics Anonymous meeting at the mission, acknowledging her own status as a recovering alcoholic.

Then, there were gatherings of the Oldenburg Franciscan Associates, weekly staff meetings and parish council meetings to attend, and Virtus safe environment training, which Sister Pat facilitated.

The Navajo approached Sister Pat with their concerns about clerical sex abuse, recalled Sr. Rene Backe of the Congregation of Sisters of St. Agnes, who serves in the Gallup Diocese as bishop's delegate for religious.

Upon the release of key reports, Backe explained, "We had a Sisters' Council meeting right after that and Sister Pat wondered to us what we as sisters can do to help with the healing of that great wound in the body of Christ."

The Sisters' Council brought together religious serving in the diocese to coordinate ministries and discuss concerns.

"She was very organized and facilitated our meetings excellently," Backe said.

While Sister Pat's cancer diagnosis in February 2019 took her back to Oldenburg, Indiana, for cancer treatments, when she returned to St. Mary Mission six months later, Backe was touched by her willingness to resume the duties of chairperson, though she died before that happened.

"Pat was Franciscan in her concerns about our Mother Earth and environment and climate change," Backe said, noting her work with the organization Gallup Solar to promote clean energy on the reservation, having solar panels installed to generate some of the mission's electricity. 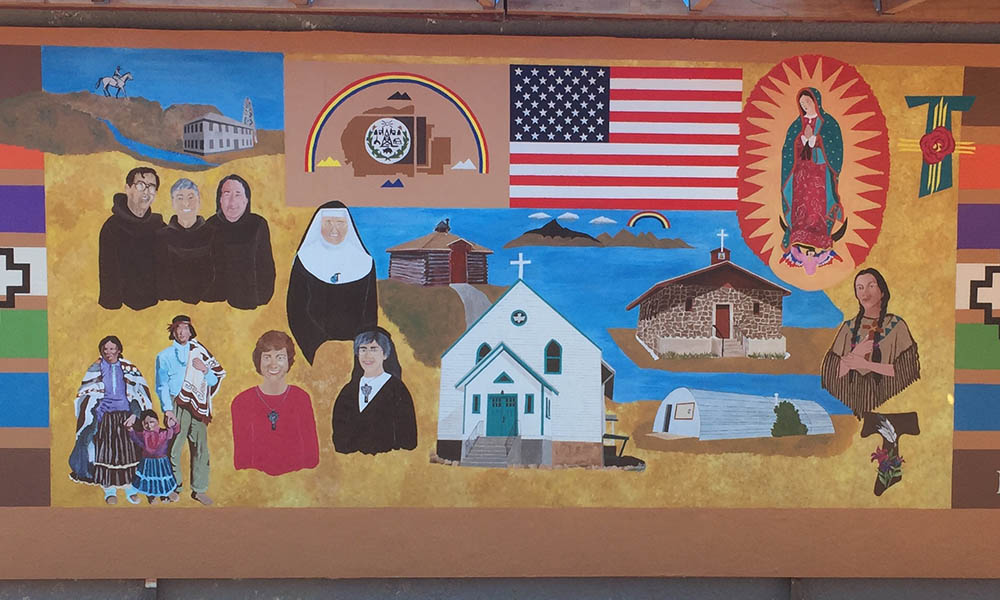 Backe relished frequent chats with Sister Pat, who took Wednesdays off when she could. "She would stop at my house and have lunch. Every Wednesday, I miss her," Backe said. A photo of Sister Pat now adorns her refrigerator.

For my part, I enjoyed evening hikes up the hill west of the mission with Sister Pat to see the sunset, trips to San Francisco de Asís church in Flagstaff, Arizona, and Acoma Pueblo's Sky City for the annual feast day. Her appreciation of simple beauty inspired not only me, but the many who knew her.

We worked together on many projects, shared responsibility for Boots, the mission cat, and her sense of humor kept me laughing.

Sister Pat cared deeply for the Navajo people, and for her family. Her sister, Peggy Schuckman, had been dealing with cancer for some time, and Sister Pat would visit her in Cincinnati, or have her come to stay at the mission.

When I left New Mexico in 2017, I never suspected Sister Pat would herself die of cancer just two years later.

She is immortalized in a way: her image is included in the mural commemorating St. Mary Mission's 100th anniversary, painted by Chriss Murphy of Sparta, New Jersey, over three summers from 2016 to 2018 on the west wall of the garage. It's through her selfless heart, though, that her spirit and ministry live on among the Navajo people.

[Julie Ferraro is a freelance writer from Yelm, Washington.]