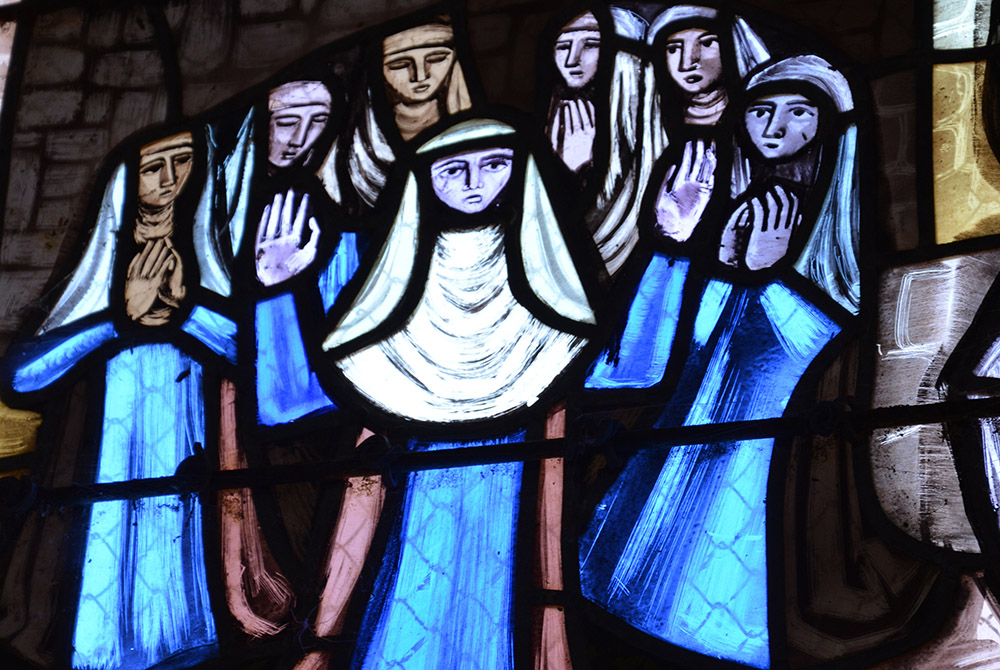 Editor's note: This series, written by a member of the Pontifical Commission for the Study of the Diaconate of Women, addresses questions related to women religious and the ordained diaconate. This is the third of five essays — the next installment will be published Feb. 4. Please join us Friday, Feb. 12, at 2 p.m. Central time, 3 p.m. Eastern, for "Witness & Grace: A Conversation with Phyllis Zagano and Sr. Colleen Gibson" focusing on highlights of this series. Click here to register.

Who could be the general superior?

It is a documented fact that women, including members of abbeys and monasteries, were ordained as deacons. The misconception that the ordination of women deacons was "only" the ceremonial appointment of an abbess ignores both the fact of their sacramental diaconal ordinations and the fact of their abbatial consecrations, which gave jurisdictional powers and authority. In some liturgies, the two nominations are collapsed, but without question some abbesses were ordained as deacons and, in fact, had territorial jurisdictional authority equivalent to that of bishops within their abbey and monastery territories.

While some abbesses, and deacon-abbesses, maintained ecclesiastical jurisdiction over their territorial abbeys for many centuries, their authority was overruled in the 19th century by Pope Pius IX.

Other questions of jurisdiction immediately arise within any discussion of clerics in religious orders and institutes. History aside, the ordination of a woman permanently incorporated in a religious institute or order presents many questions, because ordination introduces a cleric into the institute or order. Mixed clerical and lay religious institutes and orders of men ordain members as priests, some include deacons, and have lay members (brothers). Most, if not all, are willing to incorporate secular priests. Some men's institutes steadfastly remain lay.

Ordaining a woman religious would — technically at least — make the women's institute or order mixed, that is, comprising both clerical and lay members. The immediate question arises: Would the major superior of the mixed institute or order of women religious have to be a deacon? Would only members who are deacons be eligible for election?

Current canon law requires that the major superior of a mixed clerical and lay institute or order of men must be a priest, assuming that all, or at least some, of its clerical members are priests. While some discussions have been undertaken between religious orders of men and the Congregation for Institutes of Consecrated Life and Societies of Apostolic Life, the canonical requirement is that the general superior must be a priest, and any matters pertaining to priest members must be attended to by priests.

Despite historical evidence of lay jurisdiction in men's orders, the canon stymies any change. For example, today, the election of a deacon or lay member as the men's general superior generally cannot go forward unless he is willing to be ordained as priest. Such is a rare event, generally occurring within monasteries in the Benedictine tradition.

In 1996, Pope John Paul II's post-synodal apostolic exhortation Vita Consecrata promised a commission to examine the apparent collision between a founder's original vision of common brotherhood among members of some men's religious orders that now comprise priests and non-priests. There is no evidence such a commission ever met despite the fact that, as John Paul II wrote in the apostolic exhortation, "The Synod Fathers expressed the hope that in these Institutes all the Religious would be recognized as having equal rights and obligations, with the exception of those which stem from Holy Orders."

Because no commission has been formed, no recommendation has been made. However, some orders of men, notably the Capuchin Franciscans, have elected lay brothers as provincial superiors and have had those elections approved. At least one instance in the U.S. of such an election demonstrates the willingness for Pope Francis, if not the Vatican congregation for religious, to bend, if only a little. The Capuchin Province of St. Conrad (Mid-America), headquartered in Denver, elected Br. Mark Schenk as provincial minister in 2019. To be validated, the election required a direct dispensation from Francis, which he granted. The province was required to appoint a priest vicar for priestly matters.

In addition to the question of who can serve as general superior, one question that often arises is whether the deacon-member would be responsible to the bishop. 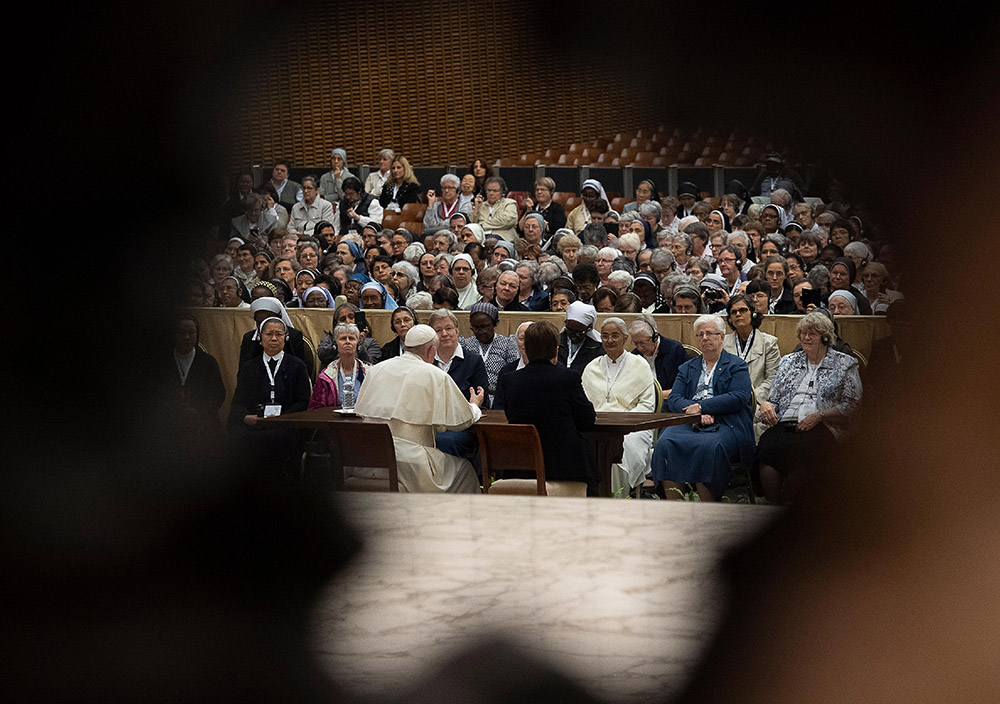 Pope Francis meets with 850 superiors general May 10, 2019, at the Vatican. The superiors, representing more than 450,000 sisters in more than 100 countries, were in Rome for the plenary assembly of the International Union of Superiors General. (CNS/Vatican Media via Reuters)

Before incorporating a woman deacon or sending a professed member for diaconal studies, the general superior of the order or institute would need to determine (in consultation with her council) whether the order or institute wishes to take on a "mixed" character, should the member be ordained. Some religious institutes of men, notably the Edmund Rice Christian Brothers (the Irish Christian Brothers), have formally rejected the notion of including clerics. Should the woman's institute determine its charism is specifically lay, then the question of lay or clerical leadership becomes moot.

However, should the women's institute determine that it wishes to incorporate women deacons and/or to place its members on the path toward diaconal ordination, the question of authority arises. Today, the majority of deacons are secular men (most married) incardinated within dioceses. The major superior of a woman religious would be the only person who could grant her permission for ordination, but would the member's ordination conflict in any way with her vow of obedience within the institute?

Such is a potential red herring, and one easily dismissed. The member, no matter her lay or clerical status, belongs to the institute.

Then, the question arises, who would mission the member? Clearly, the missioning of a member, whether of a diocesan or pontifical institute, would remain with the woman's general superior. As with any assignment, the member's work within a diocesan entity, and sometimes even within a diocese, would need the diocesan bishop's approval, but he would not be able to "order" a sister to work in a particular ministry.

Separately, however, a sister-deacon who is missioned by her superior to work as a deacon in a particular location must have faculties from the diocesan bishop. Interestingly enough, there is lingering evidence within the Code of Canon Law regarding preaching faculties within women's convents, and the argument can be made that only the woman's general superior can grant these faculties within her territory.

In any event, for ministerial assignments, the situation is analogous to those for any other religious cleric. Individual faculties from the diocesan bishop are required for ordinary and regular ministry in the given diocese. However, the missioning of the member remains within the purview of the institute.

Even so, many other questions arise regarding the prospect of women religious becoming deacons.