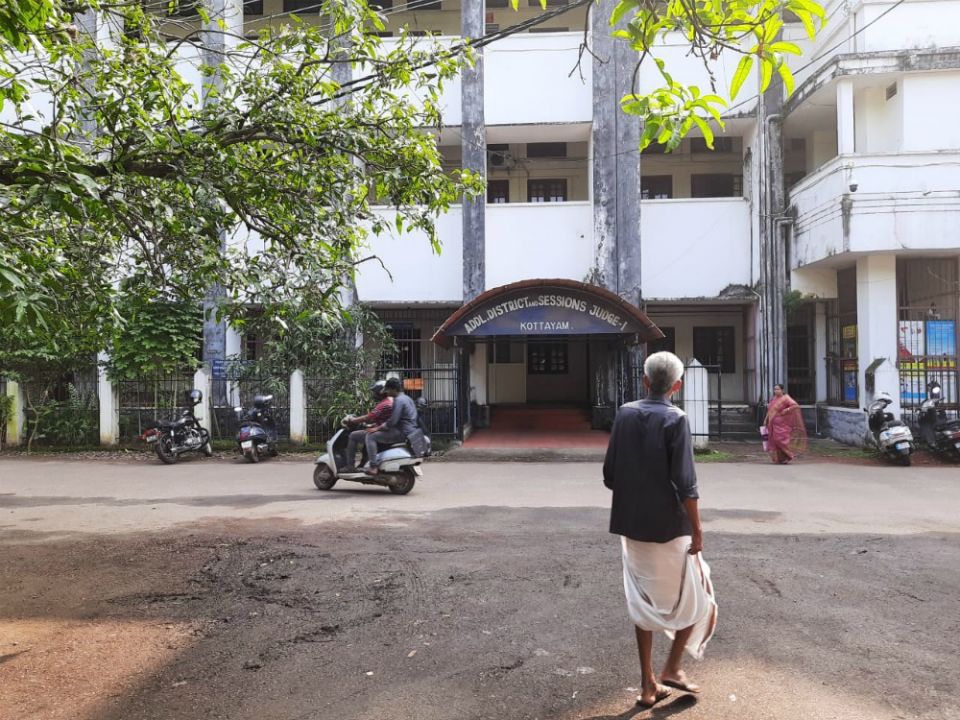 The premises of the Additional District and Sessions Court in Kottayam, Kerala state, India, where the trial of Bishop Franco Mulakkal of Jalandhar was scheduled to begin on Nov. 11. Now the case has been posted to Nov. 30 because of the unavailability of the judge. (Saji Thomas)

Kottayam, India — The first hearing, scheduled for today, in the rape case against an Indian bishop has been postponed to Nov. 30 due to the absence of the designated judge. No official notice was given for the court delay or for the judge's absence.

The trial of Jalandhar Bishop Franco Mulakkal, accused of raping a Catholic nun multiple times, was to begin Nov. 11 in the Additional District and Sessions Court in Kottayam, a town in the southern Indian state of Kerala.

Mulakkal was summoned by the court on Oct. 23 to face trial on Monday, Nov. 11. However, the courtroom bore a deserted look, with a couple of clerical staff stationed idly at their desks.

"The hearing of the case has now been rescheduled for Nov. 30," one of them told Global Sisters Report on condition of anonymity.

"The judge is not on leave but on a special duty in the Kerala State High Court," the official clarified, declining to give further details.

The postponement was decided the prior evening, and no one from Mulakkal's team or the prosecution appeared in court. No crowds were gathered outside to wait for developments in the high-profile criminal case.

Other litigants whose cases were scheduled for the day looked disappointed after arriving and finding the courtroom empty. In some cases, lawyers were pacifying their clients, explaining their inability to do anything in the absence of the presiding officer of the court.

The postponement evoked reactions from people who have observed the case's progress.

"We cannot add any motive to the adjournment. One or two adjournments in the hearing will have no bearing on the outcome of the case," says Ajith Lawrence, a senior Catholic journalist and a TV commentator in Kerala.

Lawrence, however, expressed concern that the Catholic Church leaders in India have "stood solidly behind" Mulakkal and tried to "sabotage the case with their wealth and influence."

He alleged that the church leaders had pressured police to remove the case from "an honest officer" who was investigating it and give it to more pliable officers. "Their clandestine plan, however, could not succeed because of the timely intervention of the media and the general public," Lawrence told GSR.

He said the case against Mulakkal is "very strong" and that its key witnesses have stood firm and provided "solid evidence" to prove the prelate's alleged crimes. "If this was not so, the case would have been dismissed in the initial stage as a blatant lie," he asserted. 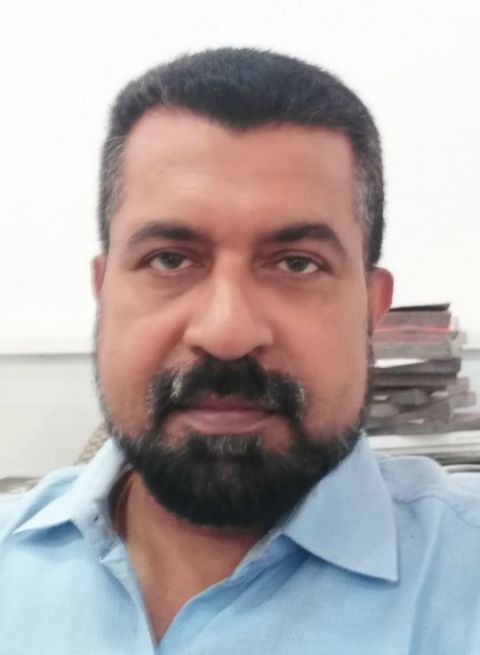 Shaiju Antony, joint convener of SOS (Save our Sisters), a movement started last year to support the rape survivor, a Missionaries of Jesus nun (Provided photo)

Shaiju Antony is a Catholic lay leader and joint convener of Save our Sisters, a movement started last year to support the survivor and her five supporters who led a successful sit-in protest to urge the bishop's arrest. Antony noted that the bishop's team had tried several times to delay the investigation after it failed to influence the police.

"The bishop's team filed 14 applications in the court seeking different documents and clarifications, but to no avail," Antony said Monday.

He said the investigative officer responded promptly to all applications from the prelate, leaving him no room to take advantage of any lapses.

Antony expressed confidence that the case would bring justice for the survivor unless key witnesses alter their testimony during the trial.

The case has 83 witnesses, including Cardinal George Alencherry, head of the Syro-Malabar Church in India.

The survivor belongs to the Missionaries of Jesus, a congregation under the Jalandhar Diocese in Punjab, northern India. However, the alleged crimes took place between 2014 and 2016 in their convent in Kuravilangad, a village in Kottayam district, in the southern state of Kerala.

Benny K. Andrews, a Protestant Christian who works as security guard in a tourist home about 150 yards away from the courthouse, sees divine intervention in the Mulakkal case.

"As I understand, the rape survivor never went on her own to complain against the bishop. She instead tried to get justice from the church authorities, but they did not help her," he told GSR.

He said the nun was forced to go to the police after Mulakkal filed "a fake complaint" against her and her family members. "Otherwise, the rape case would not have come to light at all," he said.

A seminarian belonging to the Vijayapuram Latin Diocese also believes that there is "reasonable ground to doubt the bishop."

He, however, did not appreciate the sister's decision to go to the public. "It was not expected of the bride of Christ to go public with such an allegation, as it tarnished the image of the church," he told GSR on condition of anonymity.

He also said the case has affected people like him who are being trained to be priests.

"Other students called us 'Francos' [implying allegiance to Mulakkal, whose first name is Franco] when the news about the case broke out," said the seminarian, a university student. "It was very bad. But we learned to handle it. We don't react to it as we see it as part of God's plan to purify our vocation to priesthood."

Even his relatives asked him to leave the seminary, he said.

However, he is confident that such scandals will not destroy the Catholic Church, as its head is Christ, he said.