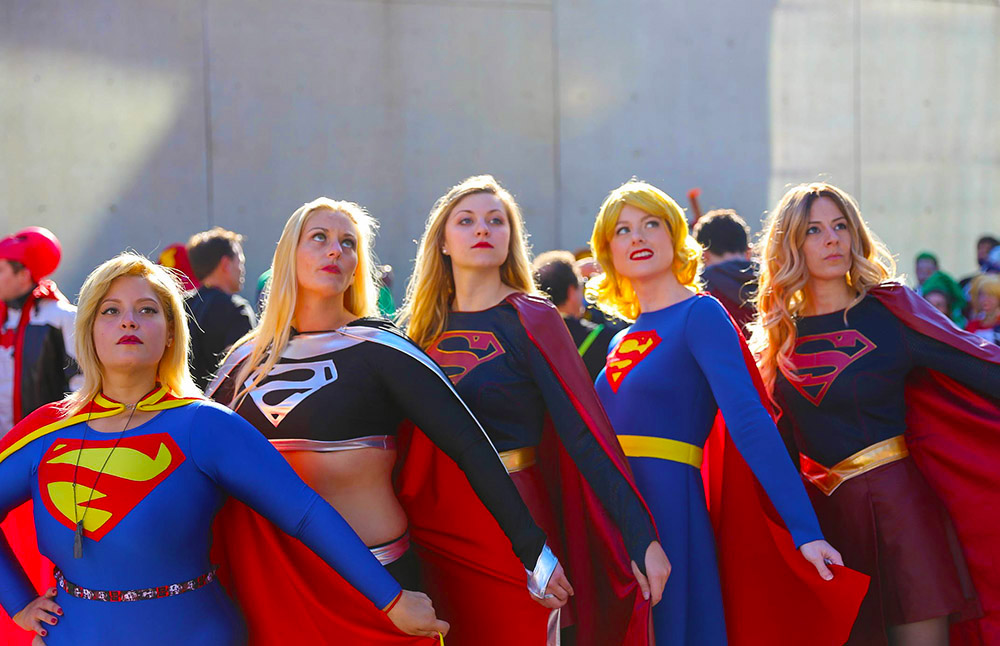 I am so looking forward to the next episode of "Supergirl." The last several weeks have dealt with a villain seeking certain symbols called totems that will empower her to take over the world. However, Supergirl and her friends are fighting back. Next week, the totem will be Hope. (Of course, by the time you read this, the time slot will be filled with a different series.)

The future episode centered on the Hope totem will be special for me, even though I am already a diehard fan. When I saw the preview, I was excited and I immediately wondered, what would the idea or definition of hope be? How will the idea play out — that is, how will the citizens of National City be affected? How will my heroes respond? Finally, how will the villain capture the totem and how will she use it? Will Supergirl get it back?

However, this column is about hope; not a media review of "Supergirl." The word hope itself doesn't get much press even though it is well-known that St. Paul includes it in his great hymn to love as part of his first letter to the Corinthians. And when the word is used, it has been too often treated as the middle child (Paul does place it between faith and love).

That means, if asked to define hope, most people would respond, "It means looking for a better tomorrow." Then let it go at that.

True, many people need a hope that a better tomorrow is coming just to get through their "today." How many successful adults, as children, had parents who worked and hoped for a better future? For a child, hope is where dreams begin. I remember meeting a child who radiated a terrible sadness, his lack of hope. For him, dreaming great dreams was just not possible. This child is one of innumerable individuals who no longer hangs on the thread of tomorrow.

Perhaps the "tomorrow" attitude can be best expressed in the Jewish saying, "Next year, Jerusalem." No matter how needful this idea has been or will be, hope is more than that.

One of the ways I prepare for Sunday's Mass has been by researching the Hebrew and Greek meanings of some of the words in the readings. One of my scholastic regrets is that I didn't learn enough in either language to better understand what I read in the Bible.

Several weeks ago, the lightbulb of insight clicked on. Now I sit in the presence of the Blessed Sacrament with my missalette, iPad, a pen and a small notebook. I review the readings until a word grabs me by the collar. I type it in and then follow my curiosity. As a result, I am discovering more nuanced meanings of the text.

One of the first words I looked up was hope. I didn't find just a simple translation; I was also gifted with a story — one whose heroine is the prostitute Rahab (Joshua 2:1-21).

In his online article, "Tikvah (Hope)" Kisha Gallagher states, "Strong's [Concordance] defines it as a cord. ... It comes from the Hebrew root kavah meaning to bind together ... wait." The high point of Rahab's story is a promise, one that asks for waiting and hope.

The men said to her, "We shall be free from this oath to you which you have made us swear, unless, when we come into the land, you tie this cord of scarlet thread in the window through which you let us down, and gather to yourself into the house your father and your mother and your brothers and all your father's household. ...

She said, "According to your words, so be it." So she sent them away, and they departed; and she tied the scarlet cord in the window.

The spies promised that no harm would come to Rahab and her family when the Hebrews took over Jericho, a pagan city in a pagan land. What was remarkable about the encounter was that the men honored their promise. However, Rahab had to wait and hope until the men returned with Joshua's army to see if that promise would be kept. And it is worth noting that Rahab is one of Jesus' ancestors who was included in the genealogy section of Matthew's Gospel.

Sad to say, too many people believe that after experiencing a tragedy, they just need to be strong and move on with life. That can be physically costly in terms of dealing with loss and grief. Hope takes on another face in resilience. Such a face, in its silence, can teach a person how they can bend and so not break or become bitter. Trying to be strong all the time and usually for everyone else concerned can lead someone to despair — the fear there is nothing left to hold onto. As we have just seen, hope is the cord — one that will not let us go.

I believe Thomas Merton may have had this type of fear in mind when he wrote in his book New Seeds of Contemplation, "At the root of all war is fear: not so much the fear men have of one another as the fear they have of everything."

My special episode of "Supergirl" has come and gone. Yet its message about hope still lingers as I go about my days. The episode truly impacted my Greek and Hebrew word study — for I knew study is not enough. After I read about hope on my iPad, I was able see what hope looked like. In fact, for the last six years, Supergirl has been the heroine of hope. "There is goodness in you," has been her mantra from almost day one of the program. She lived out the beatitude of the clean of heart — that is, she could see us as God sees us.

To see as God sees is to hope. How God sees us is the cord that binds us into a humanity that struggles to hope, to see the good in ourselves and in each other. Come to think of it, hope would make a great T-shirt statement: I hope. What's your superpower?

St. Paul wrote in his letter to the Romans: "If we hope for what we do not see, wait for it with patience" (8:24-25). Supergirl, too, had to wait — sometimes impatiently — for people to understand what she tried to tell them. Hopeful to a fault, she wanted all the villains she encountered and the friends she supported (often to the frustration of both) to see in themselves what they themselves could not: goodness. That was her purpose in life, and our vocation must be no less.

P.S. Don't forget to get that T-shirt.