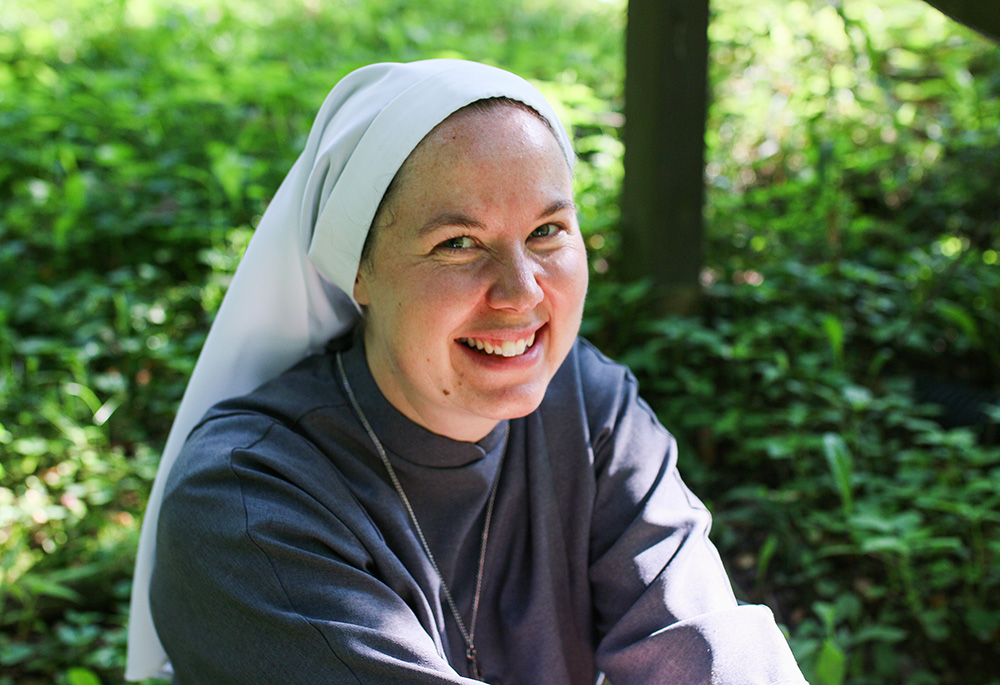 But in 2011, while she was a postulant in her first year at the Franciscan Sisters, Third Order Regular, of Penance of the Sorrowful Mother, she was walking in the woods when words started to come to mind.

"It was a poem, really, about Martha and Mary and choosing the better part," Harris said. "Of course, I didn't have any paper or pencil with me."

When she got back to the convent in Toronto, Ohio, she wrote them down. Harris had played piano since she was a child, so she knew music theory, but because she hadn't played in a while, another sister helped her put chords to her words. The result was a song she called "Choosing the Better."

"Take Nothing For Your Journey," song by Sr. Mary Gemma Harris (YouTube/FranciscanSistersTOR)

Ever since, she's continued writing songs as they come to her and put them to music, including "Take Nothing For Your Journey," which is often played at sisters' professions, including Harris' own in 2019. Most of those songs have been collected into an album released in the fall of 2021, "Go Forward."

Harris attributes her songwriting to her willingness to listen to God as well as an environment at the convent that encourages sisters to foster their creative gifts.

"They're my own words, but I know it was the Lord's words for me," she said. "Most of my songs end up being the Lord trying to tell me something. ... I think when you're writing, you have to speak first to yourself, and if it's compelling to you, maybe it will be compelling to others, as well."

Songwriting and recording are far from Harris' main focus — she's a formator working with novices — so she doesn't worry about writer's block or struggling to make a song work. She just writes them when they come to her.

"I don't sit down with a piece of paper to write. It happens when I'm on a walk or in the kitchen. It comes at the most random times," she said. "A lot of times, it's during prayer. Words will jump out at me, then the tune comes. A lot of it is just my prayers. A lot of it is Scripture; a lot of it is the writings of St. Francis and St. Claire."

Franciscan Sr. Mary Gemma Harris plays the piano during a musical performance with other Franciscan sisters. (Courtesy of the Franciscan Sisters T.O.R./Caroline Fischer)

So how did words scribbled down after a walk become a 12-song CD?

In the fall of 2020, the community held a virtual benefit that was livestreamed by Aardvark Productions, an audio and video production company in nearby Steubenville, Ohio.

As the sisters rehearsed for their musical performance at the benefit, Dan Bozek, Aardvark's staff producer and recording engineer, was impressed.

Too often, Christian music suffers because people are willing to look past lower quality in favor of the spirituality or the sentiments expressed, Bozek said. But Harris' songs were so good, "I talked to my partner and said we should donate them some studio time."

Harris never expected any of it.

"They were like, 'Wait a second, did you write that?' " she said. "Studio time is so expensive, it was like, when are we ever going to be able to do that? We live a life of poverty, so for that to just land in my lap, clearly that was the Lord saying to do this."

Harris and her community accepted the gift, and the week after Christmas 2020, Harris and two other sisters were in the studio, recording her songs.

"It was a really great experience for everyone," Bozek said. "I know Sister Mary Gemma and the others had fun doing it." 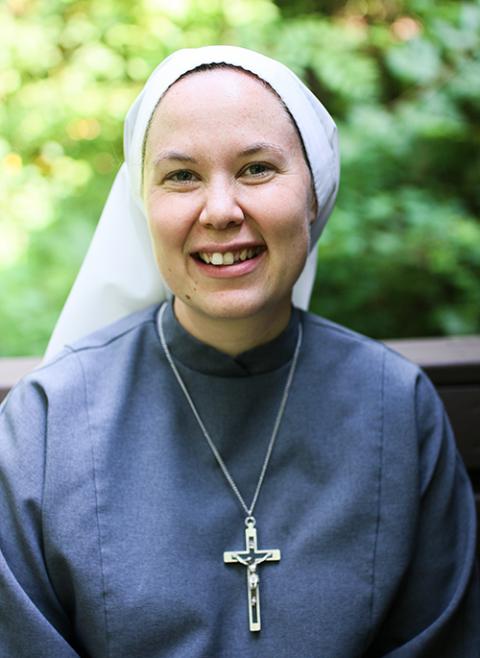 There's no record contract, so the Franciscan Sisters used a service to submit the album to streaming platforms such as Spotify and Pandora and to make physical CDs to sell. There is essentially no marketing for the album, but Harris said she has gotten letters from all over the country from people who love it, and Bozek said he, too, keeps hearing about it.

"We know they're an incredible group of sisters who have friends all over the place. That helps a little bit," Bozek said. "They live and act so humbly, it ends up being a surprise when they get that attention."

Harris said she has no desire to go on tour or become famous.

"Who am I to get to do this?" she said. "I know so many talented musicians who should be recorded. But what helped me come to terms with it was this can help my sisters. It's a way to spread the word about our community or help people come to know the Lord."

"It's hard to articulate. It's such a privilege and an honor that the Lord could have used me in that way," Harris said. "Even if it's just to bless our benefactors and friends, that's enough and more than enough."