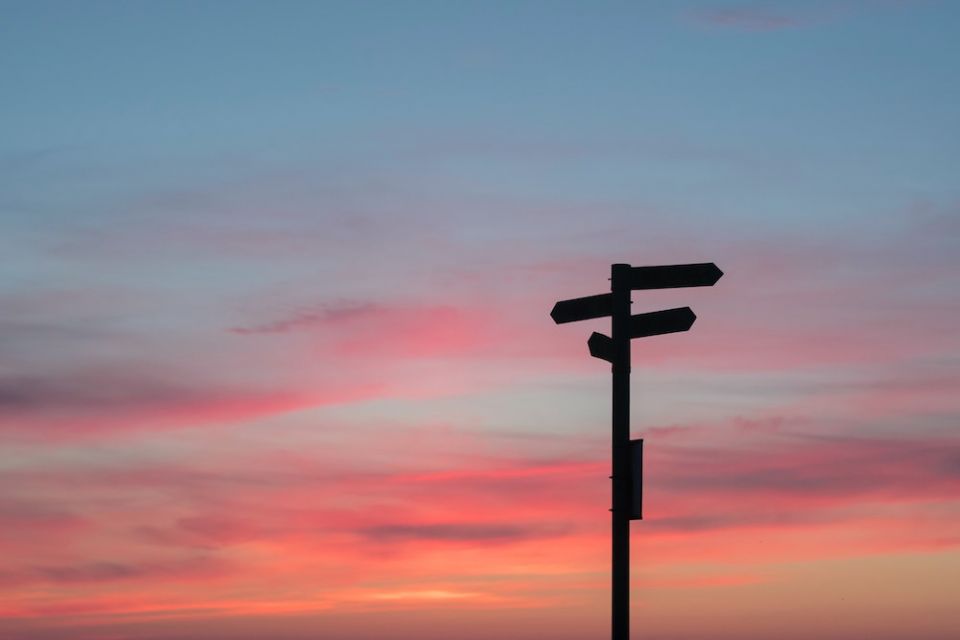 How important are the words we use to describe our work? And how do we change when words or the meaning of words change? This is a question that I have often asked myself as a professor of social work, a co-member of the Loretto Community, and a feminist.

I grew up with a mother who was a feminist. She was born in 1916, four years before women in the United States got the right to vote. She was raised by a widowed mother and was keenly attuned to the role of women in society. She earned college scholarships to Goucher College and the University of Pennsylvania, where she did her master's thesis on Elizabeth Cady Stanton, chief philosopher of the woman's rights and suffrage movements.

When I was in college in the late '60s and awakening to my own ideas of feminism, she gave me an ERA (Equal Rights Amendment) bracelet. By the '70s I was caught up in Ms. Magazine, feminist organizer and activist Gloria Steinem, consciousness raising and women's liberation ideas. I also had all the privileges of being middle class, white, and educated. I often recall conversations with my mother. When I would allude to the feminist movement, she would stridently remind me that I was part of the second wave of the movement … she was the first wave. Her influence and sense of history have been with me ever since.

As a co-member of the Loretto Community, I am part of one of its mission activities, the Loretto Women's Network (LWN), which we recently re-named the Loretto Feminist Network (LFN). Why the change? What is our sense of history?

By the 1990s, many of us moved into understanding the third and fourth waves of feminist thinking, not unwillingly, but curiously. I personally read a lot about the types of feminist thinking, and my students were some of my best teachers. They had new ideas, language (e.g. the way we used pronouns), and dreams for themselves. Some of my students identified as strong feminists, others were skeptical of feminism for its historical lack of diversity in the movement. I began to understand more deeply the range of experiences that women of color and other oppressed populations faced. The works of black poet Audre Lorde and others taught me to think in new ways, such as how each woman's personal identity was an intersection of identities and each of the intersections brought different meanings to feminism. This background has carried over into our work in the Loretto community.

As the Loretto Women's Network reflected on the changes, we arrived at our name change much like my personal journey. Our group is mostly women who are older, and we have lived the changes in the feminist movement. In 1981, the LWN affirmed feminism in statements (from the Loretto archives) such as:

Feminism is…
A life-affirming movement reorganizing institutions and relationships so that women will have equal access to society's goods, services, status, power.
A process freeing women to work toward liberation for themselves and other oppressed persons.

Today the network recognizes that the understanding of gender has changed, especially the idea that gender is a fixed binary, either male or female. The Loretto Feminist Network continues to stand with women world wide who still face many barriers to equity. As we considered the name change, I felt the tug — are we abandoning women by changing our name?

We also recognized that the word feminist is challenging for many, in both the religious and secular worlds. It conjures up images of "hating men," which is not our meaning. Our thinking has developed: building on the past definitions LWN used for feminism, today the Loretto Feminist Network affirms the words of Angela Davis:

The Loretto Feminist Network defines itself as social change movement. We affirm that social change movements working for justice are sacred endeavors. As a group of women of faith, in the Loretto tradition, we stand with Mary at the foot of the cross. We understand that endings are also beginnings. Today we clearly acknowledge a feminism that promotes change and healing in all systems of dominance and finds spaces for intersectional identities and oppressions.

As outlined in our Identity Statement:

The Loretto Feminist Network acts to affirm the rights of all persons in church and society, regardless of their racial, ethnic, class, or national background, their age, sexual orientation or gender identity. Among these rights are:

the right to be treated as equals in relationships, institutions, and structures;

1. the right to equal access to goods, services, status, and power; and
2. the right to make those decisions which affect their lives, bodies, and properties.

As I think about the waves of feminisms pounding at our feet, I honor the work of the 20th century and lean into the dialogue of the 21st century, with the anticipation that our work is ever evolving.

[Dr. Jean F. East is a co-member of the Loretto Community and a professor emerita from the University of Denver Graduate School of Social Work. Her over 40 years of professional social work practice focused on the intersection of gender, race, poverty and trauma. Jean co-founded Women's Initiative for Service and Empowerment, which for 20 years provided services for financially vulnerable women through therapeutic services, leadership development and advocacy. In retirement, she volunteers with Angelica Village, a non-profit community that supports persons displaced by war and violence, including refugee youth, immigrants and formerly homeless families. She belongs to the Loretto Feminist Network.]

A force for good: Educating girls