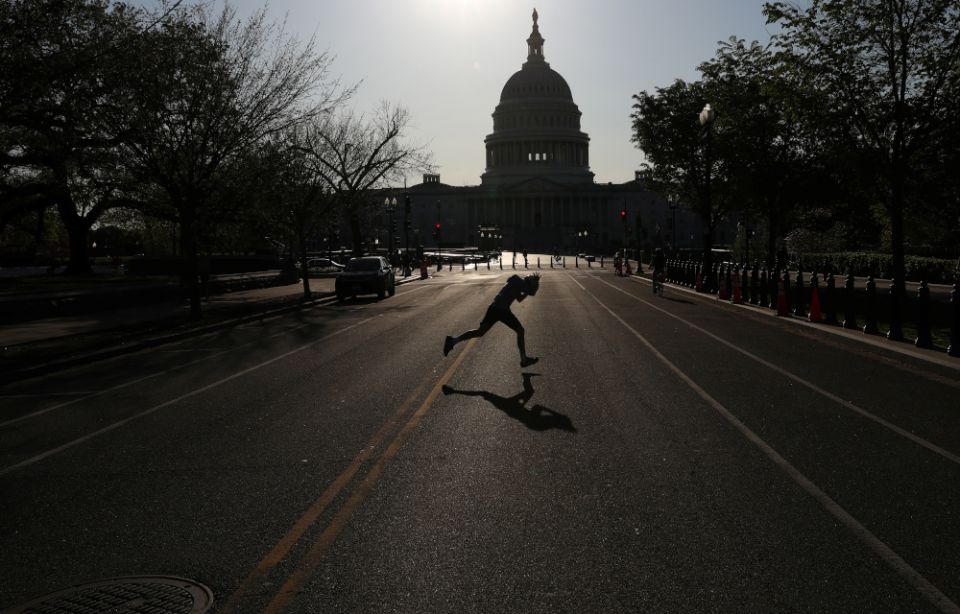 Cleveland — The needs of poor and minority communities that face greater health risks from pollution and economic disparities deserve to be addressed in any future federal pandemic relief package, dozens of religious communities and Catholic advocates said in a letter to members of Congress.

"In upcoming legislation, we urge you to protect the most harmed during the current pandemic while also ensuring that persons who have been shown to be most vulnerable to illness and job losses benefit during the recovery," said the letter sent May 5.

Sr. Aine O'Connor a member of the leadership team of the Sisters of Mercy of the Americas, which drafted and circulated the letter within the Catholic community, said the opportunity exists to rebuild a society based on justice and greater respect for creation and that it's time for Congress to act in accord with those values.

"This is our entry point to rebuilding the system in a way that serves our common home, the common good," she told Catholic News Service.

Representatives of more than 100 religious communities and several advocacy organizations signed the letter, which was sent as Congress grapples with what next steps to take in response to the country's economic freefall caused by the coronavirus pandemic.

The correspondence is meant to convey a strong Catholic voice on the key issues confronting U.S. society, O'Connor said. It taps into the teaching of Pope Francis in his 2015 encyclical, "'Laudato Si', on Care for Our Common Home," which examines the interconnectedness of human dignity, economic justice and care of creation, she said.

Marianne Comfort of the congregation's Institute Justice Team said the letter moves beyond the laudable effort of Congress and the White House to meet the daily needs of people suddenly thrown out of work and being faced with uncertainty of paying for housing and putting food on the table.

"We've all been doing a lot of advocacy in making sure legislation is meeting people's basic needs," Comfort said. "This was a chance to speak about environmental justice and how, when we're in the recovery phase, we can look at not just building back to normal, recognizing that 'normal' left a lot of people out."

The letter said steps must be taken to ensure "a sustainable recovery that reduces risks to communities disproportionately vulnerable to health crises and economic disruption and that addresses the looming global climate crisis that similarly threatens lives and livelihoods."

Beyond its broad vision, the two-page document urged greater funding for health care, a nationwide moratorium on utility shutoffs, increased funding for energy efficiency programs and investments in and job training for the clean energy industry.

The advocates encouraged new investments in public transportation to ensure workers have access to new job opportunities while reducing pollution and helping mitigate climate change, infrastructure improvements to ensure access to clean water for all Americans, and improved air pollution standards and oversight.

The letter urged Congress to reapportion some of the "excessive U.S. military budget" to pay for foreign assistance that supports public health, humanitarian programs, disaster preparedness and response, and sustainable infrastructure in developing countries.

Documentary on the life of Sr. Thea Bowman premieres this weekend