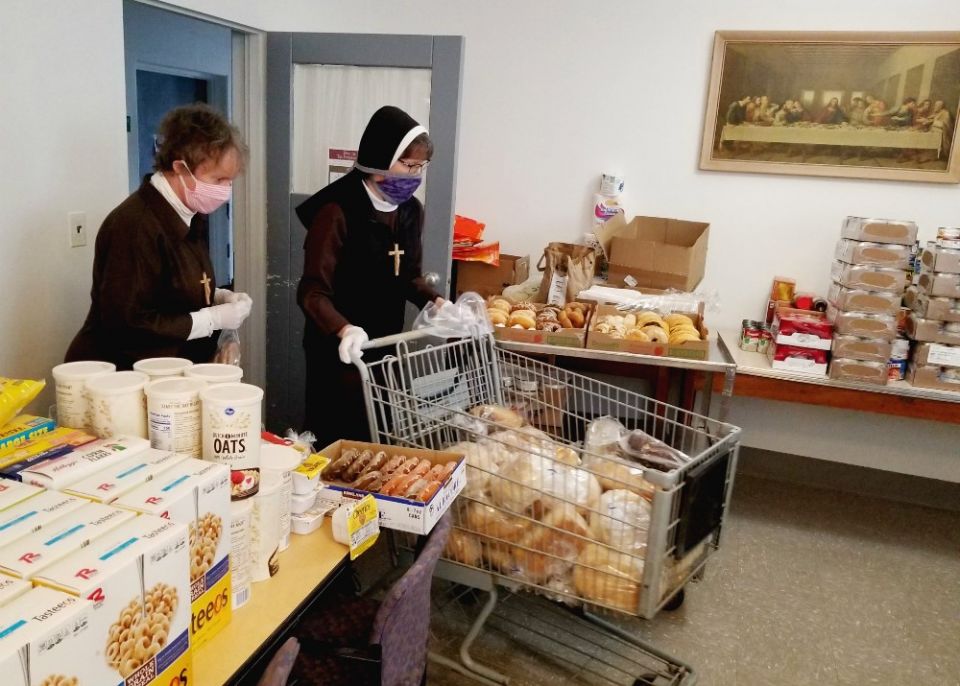 When the Sisters of St. Francis of Dubuque, Iowa, received their $1,200 stimulus checks in April and May, they pooled the funds to develop COVID-19 grants to address immediate needs around food, health and safety.

Out of the 192 sisters in the congregation, 185 received a stimulus check, collecting $222,000, Sr. Kathy Knipper, the community's president, said in a recent phone interview with Global Sisters Report.

The sisters granted $200,000 of those stimulus funds to 45 nonprofits in the United States — in Iowa, Texas, Wisconsin, Minnesota, Illinois and Mississippi — and in Honduras. The remaining funds were "earmarked for supporting the needs of the poor through grants and donations," Knipper said.

Each organization received a grant ranging from $1,000 to $5,000 within days of approval, Knipper said. All grants were distributed by May 31.

"We realized that the needs were great in a short time, and we wanted to be nimble enough to provide the funding for the vulnerable populations," she said. 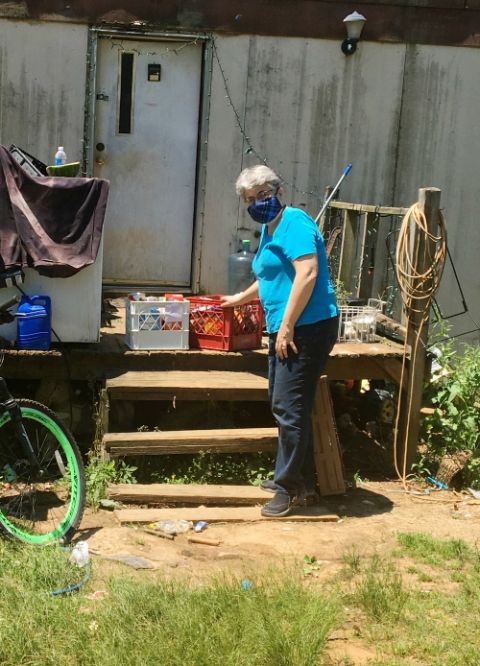 The congregation's mission and values ultimately guided its response.

"We have a dedication to serving those who are poor and oppressed," Knipper said. "Our constitutions continually call us to respond to the needs of the times, and this was indeed a way that we could respond in this current situation."

The sisters crafted a simple grant application and formed a special committee to review submissions. Knipper, who served on the committee, said congregation members had to initiate all grant requests and identify partner organizations in need.

The proposals had to be from 501(c)(3) organizations and service providers that "have a history of collaborating with other groups and entities," she said. Ninety percent of the nearly 50 applicants received grants.

Honduras was the sole international mission recipient. Knipper said the congregation has four sisters who are missionaries there. They told the congregation's leadership team about the dire need in the country.

"Honduras was on a very strict lockdown already beginning March 16, and people were only allowed to go out one day every two weeks," Knipper said. "That was an extreme hardship because most of the people with whom our sisters minister are day workers, so their income is based on their day-to-day work. ... If they were under strict lockdown, they couldn't work."

Domestically, one community that experienced immense hardship from COVID-19 was Okolona, Mississippi, a town of about 2,500 people.

Schreck has worked with Excel for nearly 32 years. What started as a summer youth program in the late 1980s has expanded to services that align with the community's needs, such as education.

When Excel began, the high school dropout rate was significant, reaching 70% sometimes, Schreck said. Since then, Excel has developed a range of adult education programs, yearlong children's programs and more. The Mississippi Department of Education's most recent data map shows that the Okolona Municipal Separate School District's graduation rate for the 2018-19 academic year was 84%. 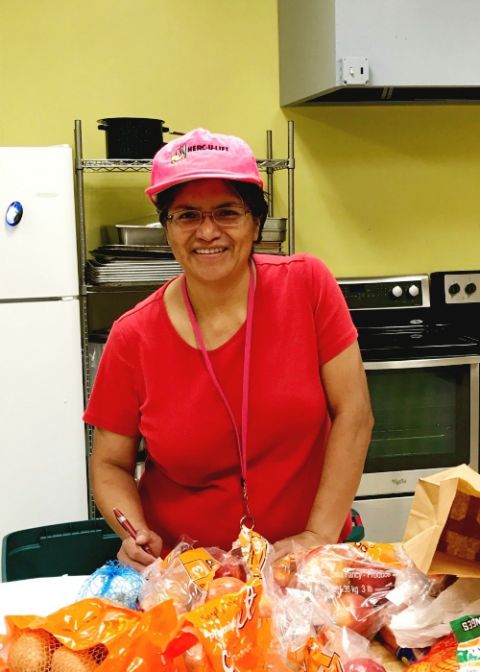 When Schreck heard about the COVID-19 grants her congregation was organizing, she applied quickly on behalf of Excel.

In terms of housing, 60% of the population live in federal housing, 20% rent and 20% are homeowners, Schreck said. Additionally, there aren't a lot of businesses in the area.

"That doesn't provide much of economic development base for the community, and the poverty in the town impacts those other structures," she said. "I knew we would have people who were pushed by the COVID-19 reality, that they would need food, some rent assistance, utility bill assistance and things like that."

Excel received a $5,000 grant from the Sisters of St. Francis. Schreck said the grant enabled Excel to first immediately respond to needs, largely food insecurity, and then make partnerships with other service-providing organizations like United Way to extend community resources.

Two other Franciscan sisters have joined Schreck in Okolona to deliver groceries and meals to those in need: Sr. Mary Beth Goldsmith and Sr. Reyna Helen Badillo, who aids the Hispanic community.

Knipper said it was a blessing to develop grants for those in need, yet she hopes there will be a long-term solution.

"My prayer is that we find a vaccine so that people can be kept safe, and really, I hope that everyone does his or her part for safety, for health and well-being for the common good."

Other sister communities nationwide have also used their economic impact payments to establish grants for communities in need.

Congregation president Sr. Edna Hess said in a recent phone interview that the sisters decided to send their stimulus funds to various entities: nonprofits, small businesses, food banks, clinics, Native American reservations and more. The congregation donated $2,500 to $10,000 to recipients, and most received a $5,000 grant. There was no application process involved.

Additionally, Hess said some of the sisters wanted to help family members who were severely impacted, so some $1,200 grants went to specific individuals.

Provincial Minister Sr. Mary Christopher Moore called on congregation members to pool their checks into a COVID-19 crisis fund. She then asked the provincial council to identify ministries that were operating during the pandemic, specifically those providing food for those in need.

The provincial council sent emergency relief grants of more than $200,000 to 10 of its sponsored ministries, four ministries where Felician Sisters work, and another two nonprofits near the convents in Beaver Falls and Enfield, Connecticut, according to Deena Swank, director of external print communications and media relations at the congregation.

The Poor Handmaids donated their stimulus checks to support scholarships for students who are part of the Deferred Action for Childhood Arrivals program at Ancilla College in Plymouth, Indiana, and Calumet College of St. Joseph in Whiting, Indiana. Each institution received $40,000.

Provincial Sr. Joetta Huelsmann said in an email to Global Sisters Report: "DACA students have been attending Ancilla Domini College for some time. This concern was one of the many that our Sisters suggested using our stimulus checks for. We are delighted to help these students achieve their goals so that they can add their gifts and talents to our society."

Funds went to local food banks to help alleviate some of the food insecurity because of the pandemic and economic crisis.

The sisters sent $61,200 to the Community FoodBank of New Jersey and $55,200 to Northwest Harvest in Seattle, said Sr. Susan Francois, assistant congregation leader and treasurer, in an email.

Currently, the retired sisters at St. Michael Villa in Englewood Cliffs, New Jersey, make weekly cash donations from their stipends to buy food for the local parish food pantry 2 miles away, Francois said. Francois purchases the food and delivers it weekly on their behalf.

She said the food pantry has seen a more than 50% increase in the number of hungry families seeking assistance.

[Sydney Clark is a graduate student at the University of Maryland, College Park, studying multiplatform journalism.]

The sisters of Holmes County, Mississippi, integral to the community