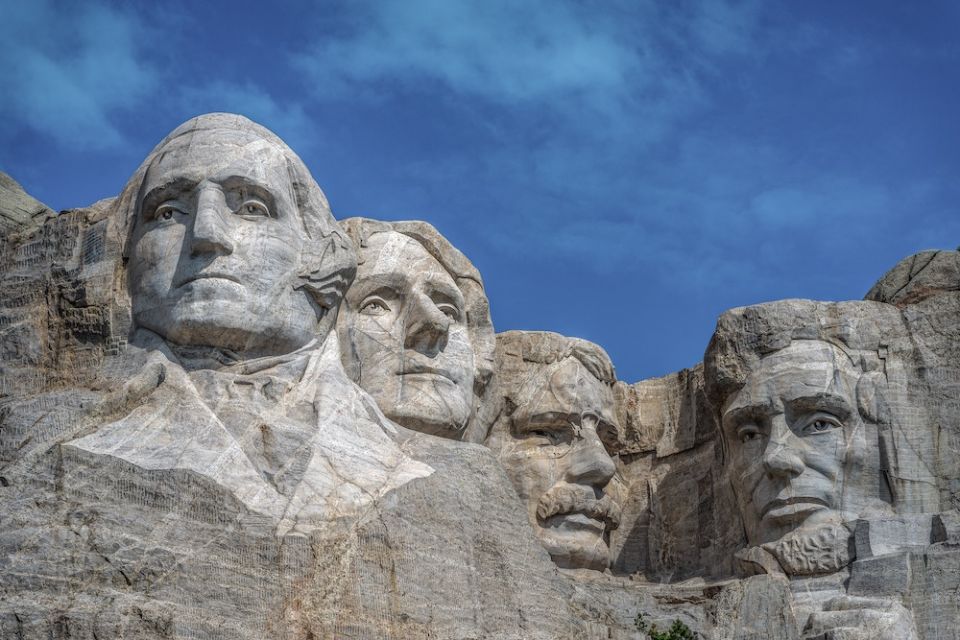 When I taught government to high school seniors, there would always be a number of students who when asked what form of government we had would reply: "Capitalism!" Of course, I spent time explaining the difference between an economic system and a form of government — which for us is representative democracy.

However, this conflation of our governing system with capitalism may not be a mistake of only the young. I have spoken with too many people over these past months who seem to use the state of the economy and their own personal financial wellbeing as the sole criteria for supporting political positions, parties and candidates. They will ignore all other values and criteria in evaluating how our democracy is working. They don't seem to consider how what is happening affects the common good.

Like any one-issue perspective, it fails to recognize the complexity of our world and the various values and standards that operate among us. We allow one consideration, one key value or position to blindside us from seeing the entire picture.

Pieces are not enough. Separate pieces, issues, positions, fail to create the composite that offers us the fullness of perspective from which to choose. Staying too focused on one thing can even blind us from seeing whether what we are holding on to so tightly is accurate or factual.

Presidents have been on my mind recently as we witnessed the impeachment of only the third president in our history and the increasing frenzy of choosing a presidential nominee for the Democratic Party. And when I was growing up, February was the presidents' month, incorporating two holidays — translate, free days — for George Washington and Abraham Lincoln. My thoughts began to focus on how we choose our president and other elected officials.

When I worked with Network for 15 years, I spent many weekends on the road giving workshops about Catholic social justice teaching. For the most part, this whole body of encyclicals was fairly unknown. Those of us working on these issues commonly referred to it as "the best kept secret of the Catholic Church."

What our tradition offers is not a myopic view of what governance is all about but rather a perspective that understands our role as citizens as part of our personal call to holiness. Pope Francis has written in Evangelii Gaudium, "The Joy of the Gospel," that "an authentic faith … always involves a deep desire to change the world, to transmit values, to leave this earth somehow better than we found it … . The earth is our common home and all of us are brothers and sisters. If indeed 'the just ordering of society and of the state is a central responsibility of politics,' the Church 'cannot and must not remain on the sidelines in the fight for justice.' "

Bishop Robert McElroy of San Diego, California reminds us of this call in a talk he gave in early February, entitled, "Conscience, Candidates and Discipleship in Voting." He reminds us that Francis calls us to a deeper conversion to Jesus Christ as we try to navigate the toxicity of our current political climate and not succumb to the tribalism that is rampant. Francis likens our role to missionaries offering dialogue and civility at a time that values neither. This demands courage, judgement and deep spiritual reflection.

McElroy articulates the various issues which have concerned the church throughout the last century and asks whether there is one issue that has unique priority. He asserts that during this election cycle there are two significant life issues: abortion and climate change. Each threatens life — the lives of the unborn and the lives of those inhabiting the Earth now and in the future. But focusing only on the positions of candidates on one of those issues will "inevitably be hijacked by partisan forces to propose that Catholics have an overriding duty to vote for candidates that espouse that position."

He then offers a third compelling issue for this election cycle and that is "the culture of exclusion that has grown so dramatically in our nation during the last three years. Racial injustice is on the rise, buttressed by a new language and symbolism that seeks to advance the evil of white nationalism and create structures of racial prejudice for a new generation."

He goes on to explain how that culture of exclusion is permeating so much of our lives and is destructive of all the values in Catholic social justice teaching.

What do we do with these critical issues that claim our conscience and cut across partisan lines? Here is where I found Bishop McElroy so insightful. He explores the moral nature and structure of the act of voting for specific candidates.

It is not a specific issue that we must single out and focus on, but rather we need to consider "the specific ability of a particular candidate to actually advance the common good." The three elements for assessment McElroy offers are "opportunity, competence and character."

The range of justice issues the church embraces challenges us to exercise our prudential judgement, honed within a well-formed conscience. This requires us to assess all the candidates in these three critical areas.

On opportunity: "What capacity will s/he have, in the specific political context s/he will face, to transform law and public policy in key sectors in order to promote the common good?"

On competence: How does "one's intelligence, human relations skills, mastery of policy and intuitive insights" offer wisdom and demonstrate capacity to achieve results within our democratic system?

On character: It is a very essential element in today's political environment where "political leaders imprint their character in pivotal ways upon the entire political culture." How does the candidate's overall way of being offer a model for us and, as Francis challenges, offers dialogue and civility in places where it is not valued?

Voting this way demands courage, judgement and deep spiritual reflection. To hold the complexity of moral theology in relation both to issues and the act of voting for specific candidates is not easy.

The spiritual reflection it invites us to is contemplation. It is in the letting go of the single lens through which we see things as "either/or" and in opening ourselves to the spaciousness of God's presence, that one begins to take a long loving look at the real. Our vision widens. We can hold the complexity and begin the discernment process to determine whom we will vote for this year.

Our responsibility to vote is sacred. May our vote contribute to a great nation which Francis described in his address to Congress in 2015: "a nation is great when it defends liberty as Abraham Lincoln did, when it seeks equality as Martin Luther King did, and when it strives for justice for the oppressed as Dorothy Day did."

February now celebrates African American history as well as the presidents. Perhaps that is even more reason to begin now discerning how one will exercise one's right to vote not through only one lens but within the fullness of Catholic social justice teaching.

[Nancy Sylvester is founder and director of the Institute for Communal Contemplation and Dialogue. She served in leadership of her own religious community, the Sister Servants of the Immaculate Heart of Mary, Monroe, Michigan, as well as in the presidency of the Leadership Conference of Women Religious. Prior to that she was national coordinator of Network, the national Catholic social justice lobby. You may be interested in the current ICCD program, Enter the Chaos: Engage the Differences to Make a Difference.]

Other ways of being human

The Spirit invites us to touch reality