The Adorers of the Blood of Christ have asked the U.S. Supreme Court to decide whether their religious freedom rights were violated by the construction and pending use of a natural gas pipeline through its land.

In a filing with the court Oct. 19, attorney Dwight Yoder, representing the congregation, argued that the sisters' rights under the Religious Freedom Restoration Act were disregarded by the U.S. Court of Appeals for the 3rd Circuit.

The petition to the Supreme Court asks the justices to determine how widely government agencies must regard claims under RFRA and whether a circuit court's review of an agency's order satisfy the religious freedom guarantees under the law.

Yoder said outside the court Oct. 22 during a media conference announcing the filing that the appeals court decision guts the intent of RFRA.

In July, a three-judge appeals court panel agreed with a lower court ruling that the congregation had not made their religious objections known during the federal administrative process that led to Federal Energy Regulatory Commission approval of the 183-mile Atlantic Sunrise pipeline.

Yoder explained that forcing the Adorers to make such arguments during administrative hearings on the project would have placed an unnecessary burden on them under the law.

"The Supreme Court has made it very clear that the way Congress enacted it (the law) and what they wrote, it would have to be applied above every other federal law and to the broadest extent possible to protect religious liberty. Think about that. This (3rd circuit) decision did the exact opposite," he said.

"It applied it in a way to strip religious protections from the Adorers. They tried to file the lawsuit and the judge kicked it out and said, 'You know what? You should have raised these objections with FERC and FERC would have decided it.' The Religious Freedom Restoration Act said nothing about going to the very agency that you're allowed to sue," Yoder said.

The Adorers have opposed the pipeline since July 2017. Then, the sisters allowed the local organization Lancaster Against Pipelines to construct a symbolic chapel on property the congregation owned in Columbia, Pennsylvania, adjacent to the project's route.

Peaceful protests and prayer vigils have taken place regularly on the Adorers' land for the last 15 months. The group Lancaster Against Pipelines has coordinated similar demonstrations along the pipeline route.

The Adorers have long maintained that allowing construction through their land would run contrary to the congregation's Land Ethic. Adopted in 2005, the document upholds the sacredness of creation, reverences the earth as a "sanctuary where all life is protected," and treasures the earth's beauty and sustenance that must be protected for future generations.

"The interesting thing is this isn't a liberal/conservative issue," Yoder said during the media briefing. "This isn't about left and right. ... The issue here is much, much bigger than just the Adorers and their piece of property. What's at stake here is really the scope of the Religious Freedom Restoration Act."

Adorer Sr. Sara Dwyer said during the briefing that members of her congregation around the U.S. were to be asked to meet with members of Congress when they are in their home districts to discuss the issues surrounding the pipeline and the country's dependence on fossil fuels. 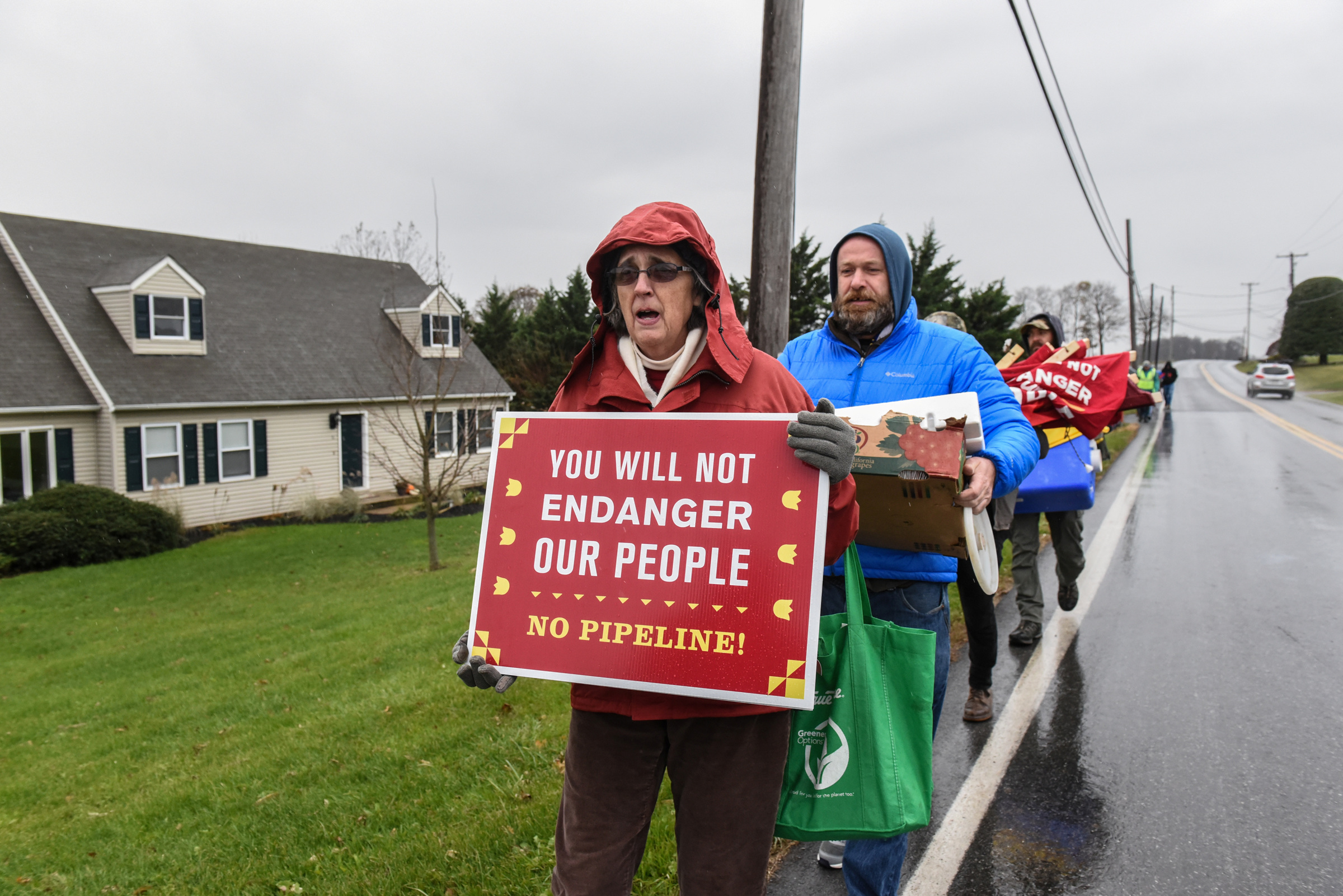