Women religious congregations in Vietnam are giving emergency aid to those affected by deadly hurricanes and floods in the country's northern and central provinces, responding to a call by the nation's bishops.

Two tropical storms, along with landslides and floods caused by driving rain, have severely damaged 14 provinces in the region since August.

"Local people who have lived in poverty have now become homeless and lost all belongings," Archbishop Joseph Nguyen Chi Linh, president of the Catholic Bishops' Conference of Vietnam, said in a public letter issued Nov. 9.

Typhoon Damrey, which hit the coastal provinces on Nov. 4, left 106 dead and at least 25 missing. The number of casualties just keep increasing, Linh said. Many houses, crops, fish farms, roads and schools were washed away or destroyed, he added.

In total, estimated 4.33 million people have been affected and 395,000 people are in need of humanitarian assistance. The typhoon (what hurricanes are called in Asia), with winds of at least 84 miles an hour (135 km/hr) has destroyed 3,485 houses, damaged more than 137,000 others and inundated thousands of acres of rice paddies, vegetable and fruit farms, and aquaculture and marine production sites, according to the Central Steering Committee for Natural Disaster Prevention and Control.

In the worst-hit Khanh Hoa Province, Nha Trang Bishop's House and some 20 churches and convents were damaged by the typhoon.

Linh said Caritas Vietnam has sent emergency assistance to the other most-affected dioceses of Da Nang, Hue and Qui Nhon.

"We appeal to all people of God in the country and abroad to cooperate in helping our brothers and sisters overcome their present difficulties and soon return to normal life," the archbishop of Hue Archdiocese said.

Sr. Mary Nguyen Thi Tuy, superior of Lovers of the Holy Cross of Hue, said although many day-care centers run by the congregation were damaged or washed away by the floods, "we used boats to visit people and bring them food."

"We try to partly bring comfort for people who lost all belongings in the floods," Tuy said.

"We want to help and console our brothers and sisters in need as Archbishop Linh called on us," Ngoc said.

"We are appealing to benefactors to make donations to nearly 500 households who suffer from lack of food and medicine in three affected districts," she said. She also plans to give money to victims to repair their houses and restore their livelihoods — agriculture, aquaculture and animal farming.

Sr. Anna Tran Thi Hue of the Daughters of Our Lady of the Visitation said her convent based in Hue City was inundated by the floods and that the sisters had to move belongings to higher places on Nov. 5.

Hue said the nuns offered 250 gifts of food and money, each costing 300,000 dong ($13) and 200 water filters to two communes of Quang Dien district on Nov. 12. Local people could not use flood water polluted by garbage and dead animals, she added.

"We plan to give people young poultry and seeds to use to make a living and overcome difficulty," Hue said, adding that sisters will offer free health care and vocational skills training to young people in affected areas.

Nguyen Thi Lai from Quang Tho Commune said she had her 5,000 square meters of vegetable crops damaged.

Lai was among 60 people who received gifts from the Visitation nuns. She said the nuns will give her seeds to cultivate.

"We are grateful to nuns who visited us when we are in need," said Thanh, who and 40 other people were given food and clothes by Saint Paul de Chartres sisters and volunteers on Nov. 13.

Saint Paul de Chartres Sr. Ephrem Nguyen Thi Luu said she plans to offer books, clothes, scholarships and bicycles to children in affected areas and to give money to people to repair their houses and buy boats to use to make a living.

"We have no money, but we try to call on benefactors from other places to support people in need as way to comfort them," Luu said.

Damrey has been the 12th cyclone hitting Vietnam this year. The southeast Asian nation with a population of 93 million people is prone to destructive storms and flooding due to its long coastline. 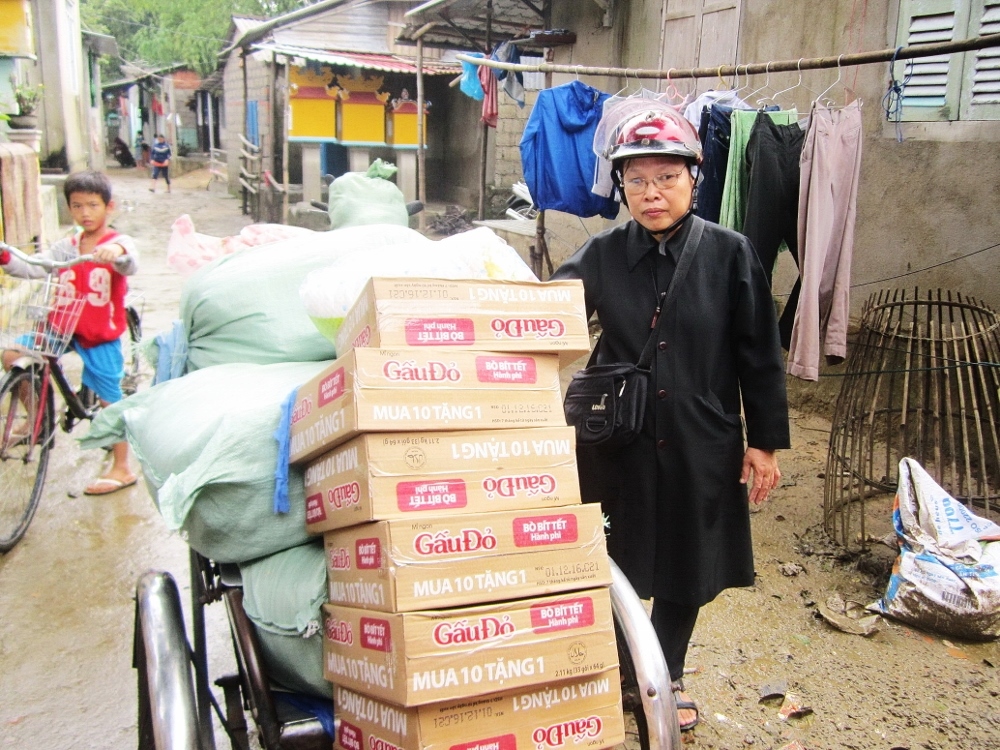 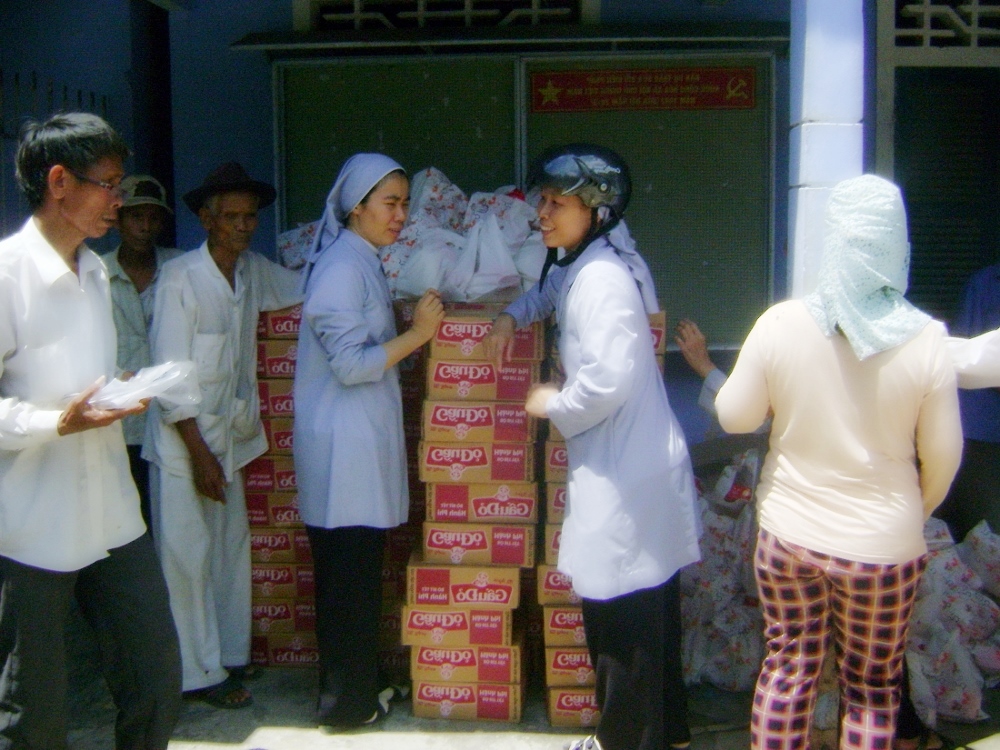 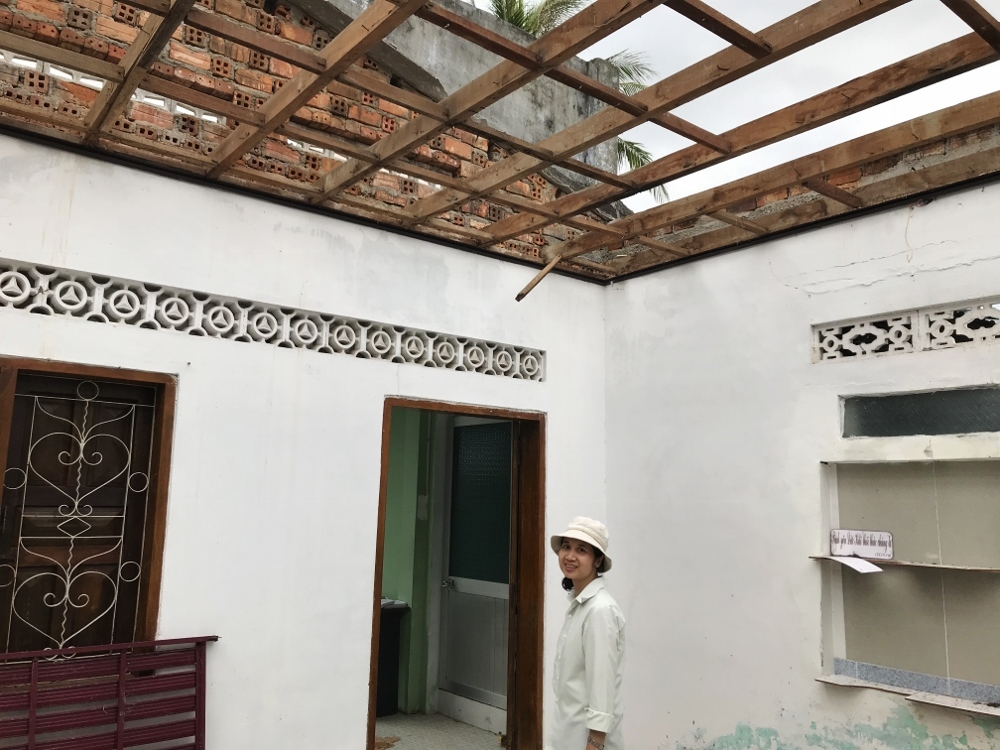 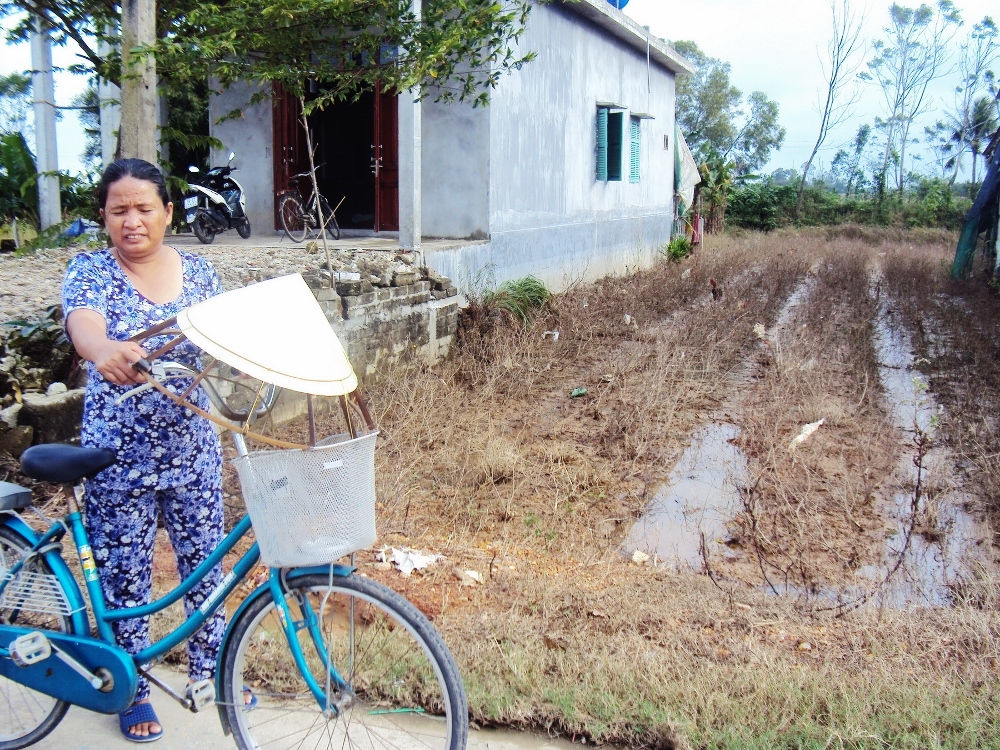