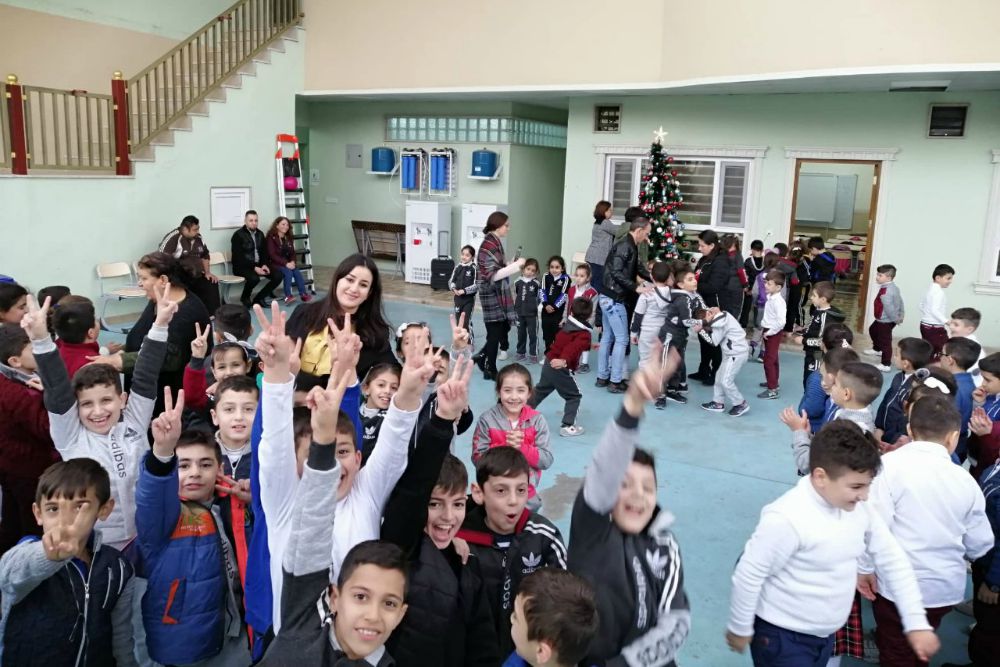 The Dominican Sisters of St. Catherine of Siena of Iraq are still trying to rebuild two years after returning home to the devastation the Islamic State group left behind.

Except for a hospital and school they run in Baghdad, the sisters minister in the Nineveh plain around Mosul in the north of Iraq. Islamic State militants overran the area in 2014, forcing the sisters and thousands of refugees to flee.

When they returned in 2017, nearly everything had been destroyed, including the motherhouse in Mosul.

Global Sisters Report reached Kudher thanks to the efforts of the Adrian Dominican Sisters, who have close ties to their Iraqi counterparts. In June, prioress Sr. Clara Nas visited the Adrian Dominicans to update them on the situation. At that time, the fear was rising tensions and threat of war between the United States and Iraq's next-door neighbor Iran.

Now, political unrest and a government crackdown assisted by Iran-backed militias have the future again in doubt. Tens of thousands of people have been protesting the Iraqi government; security officials and militias have killed scores, Reuters reported, including 60 in the city of Nasiriyah in the southeast of the country.

"People are concerned about what is coming," Khudher said. "Things are honestly not promising."

Things were not easy even before the demonstrations began. 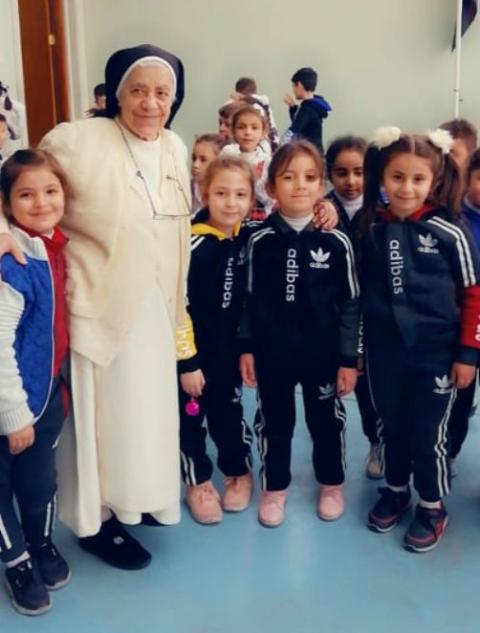 Less than half of the Christians who lived in Nineveh state have returned since the region was liberated from Islamic State control in December 2017, Khudher said, and in two towns, Christians have not returned at all. Relations between the majority Muslims in Iraq and its Christian minority have always been strained, but since liberation, they have gotten worse.

"We came back, and all our homes were looted by neighbors, so sometimes you have a hard time trusting," Khudher said. "[Christians] see their homes destroyed, their towns destroyed. It's not easy to accept that. We are human."

Having to flee in 2014 is still fresh in their minds, she said. The sisters gathered in Qaraqosh, and then journeyed to Erbil, a trip that should have taken less than two hours. But with thousands of others fleeing and vicious fighting nearby, it took 11 hours.

"They were shooting over our heads. It was really scary," Khudher said.

Once in Erbil, the sisters separated again, going wherever needed to minister to their fellow displaced people, setting up makeshift schools and clinics. Once they returned, they did the same, living in private homes and setting up schools wherever they could, including their own convent in Qaraqosh. The need for a school was more pressing, Khudher said.

As if rebuilding and ministering to Iraqis wasn't enough, the area has also seen a big influx of refugees fleeing the Syrian civil war.

"We've now been receiving them for the past couple of years," she said. "They're just trying to live or find jobs only to have to stop everything and go someplace else."

Khudher said most Syrian refugees assume they will only be in Iraq for a short while, so they go to large cities looking for work rather than settling down in the small towns, so the burden has been concentrated there.

"Of course, the children cannot go to school there, so they are suffering," she said. "They are immigrants, we were immigrants. It's all the same situation, so we really feel for them."

And now, as the sisters prepare for Christmas and what they hope will be a season of peace on Earth and goodwill toward all, they fear the political violence in Iraq could spread and become worse.

"Our concern is what's happening in Baghdad. A lot of people are losing their lives," Khudher said. "We have been keeping them in our prayers."

With political tensions high, the sisters have decided their Christmas observances will be muted.

"We are looking forward to Christmas, although it will be celebrated in a different way than last year. We've decided not to have so many decorations," she said. "We pray for the coming of the Prince of Peace."

This story appears in the Iraq feature series. View the full series.