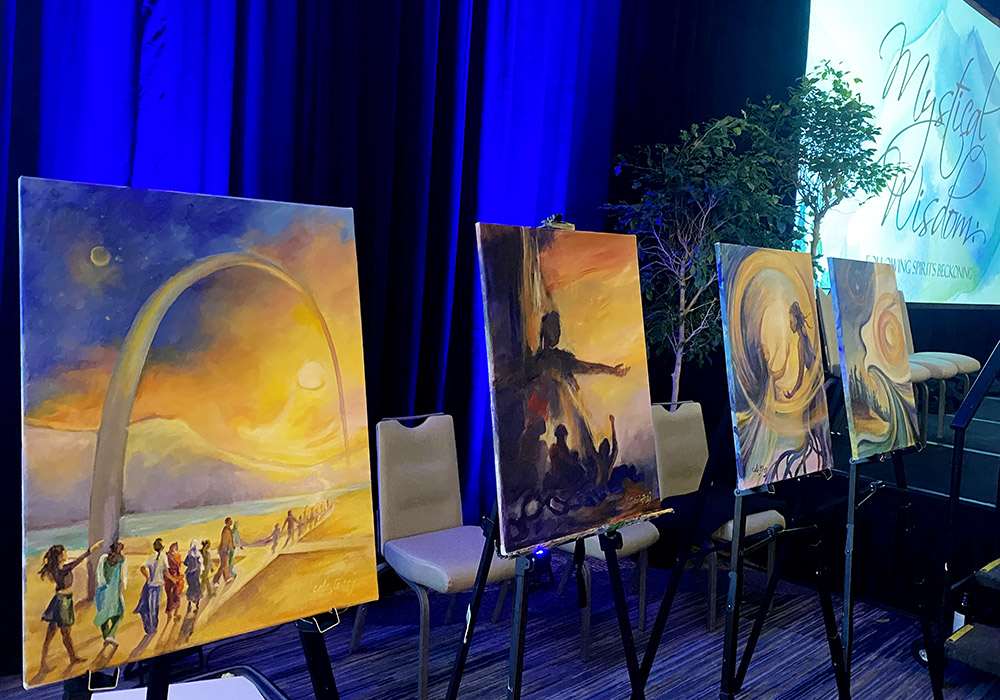 The biggest issues in religious life in the United States today all revolve around the transformation it is undergoing, say leaders of the organization representing about two-thirds of the country's Catholic sisters.

That was the focus of an hourlong interview Global Sisters Report staff had via Zoom with officers of the Leadership Conference of Women Religious on Wednesday, Dec. 8, 2022, during a GSR staff "summit" at the National Catholic Reporter offices.

When asked about the three biggest issues in religious life, Zinn said there is the transformation of religious life currently taking place, the question of how LCWR can help its members focus on what religious life really means, and how to steward and celebrate apostolic life.

"We find ourselves at an unprecedented moment," Zinn said. "Clearly, something else is emerging."

'I am a sister until I draw my last breath, not until I can't physically do my ministry anymore.'

The number of sisters in the United States peaked in 1965 at 181,421, according to the Center for Applied Research in the Apostolate, and has declined dramatically to 39,452 sisters in 2021. Researchers at CARA expect the number of sisters will stabilize at more than 10,000, but whatever the number, the days of convents housing hundreds of sisters functioning as a church workforce are not coming back.

Zinn said sisters need to focus on religious life itself, not just their ministry, which is only a fruit of their vocation.

"I am a sister until I draw my last breath, not until I can't physically do my ministry anymore," she said.

Gemma said many sisters view prayer life as something to fall back on when their physical ministry is done, when it is much more than that.

Prayer "actually makes change. It is transformative," Gemma said. LCWR needs to "not only remind our leaders of the importance of prayer but remind them of how that is key and center to who we are."

Zinn said this can be seen in the zeal of younger sisters, who often point out that in today's society, they could do the type of ministry they are in without becoming a vowed religious, but they joined religious life because they wanted that communal, spiritual life as well.

"So what is it in [religious life] that a 35-year-old woman joins this life when she could go to the border herself?" Zinn asked. "It's the contemplative discernment. The transformation of consciousness that is this life."

Zinn said LCWR is trying to transform itself from within. One of the ways it is doing that is by focusing on its external partners, noting the relationship it is building with the National Black Sisters' Conference.

"We're very intentional about doing nothing alone, ever again," Zinn said. "Anything about racism, reparations, we will never again say a word about that without speaking with our National Black Sisters partners."

"We can't walk in their shoes, but we can learn from where they've walked," Herb said.

The sisters noted that LCWR is a leadership organization that provides resources to leaders of congregations, not part of any accountability structure, so it cannot order member congregations to answer LCWR's call to address racism. But it can invite them to do so and point them to the resources they may need in the process.

They said that what they are hearing from members is that congregations are, in fact, beginning the work.

"Many congregations need to know where to start," Gemma said. "There's an awareness of what privilege might be within a congregation. ... Some organizations are being flooded with the names of congregations asking for assistance."

Zinn said there has been a change of culture at LCWR, a change she hopes happens throughout religious life, on issues such as racism and the environment.

"It's more than just recycling. I'm telling you, if bottled water showed up anywhere at LCWR it would be an uproar. It would just be intolerable," Zinn said. "There's a collective sense that we are just not going to behave in that way anymore. ... It's just intolerable now that we would not be very intentional about diversity. So it's not just 'Let's add a Spanish song,' it's coming from a very different place."

Zinn said it is not yet known what religious life or even LCWR will look like in the future, but there are some things that will never change.

As for what that structure might be, "it would be arrogant and probably even blasphemous to say 'This is what it will look like,' " she said. "But the future is not going to be just what it is now, only smaller and fewer. ... It's not going to be the same template with just a smaller footprint."

The important thing, Zinn said, is to continue to discern "what is the next tiny step that will keep us faithful and keep us connected."