Growth and life along the US-Mexico border

by Celine Reinoso
Migration
This article appears in the Notes from the Field feature series. View the full series. 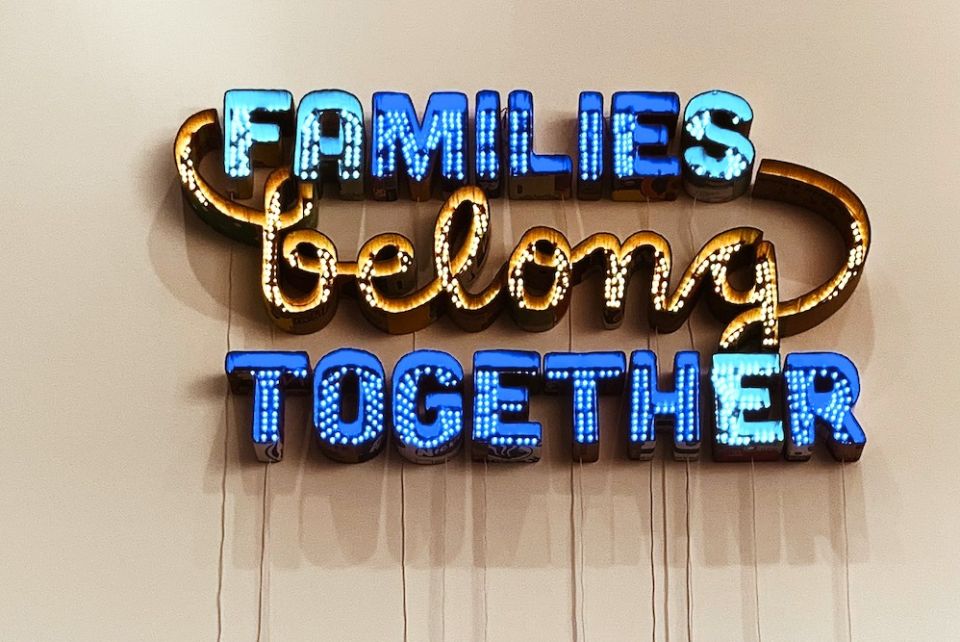 El Paso, Texas — Since President Donald Trump was elected in 2016, he has made every attempt to fulfill the anti-immigrant and anti-migrant rhetoric he built his campaign on.

Less than a year into his administration, he cut the numbers of refugees accepted into the United States from 110,000 during the Obama administration to 30,000, then set a recent cap at 18,000. He then proceeded to promote the wall along the U.S.-Mexico border in the media, allocate billions of dollars to its expansion, and claim a national emergency along the southern border.

In December 2018, the Department of Homeland Security announced the beginning of Migrant Protection Protocols, or the "Remain in Mexico" policy, which forced families and individuals seeking asylum to be returned to Mexico while they await their court dates. A few months later, Trump and former U.S. Attorney General Jeff Sessions enacted the "zero-tolerance" or family separation policy, which separated migrant parents from their children without an intention to reunify them.

Trump, his supporters and even immigration rights advocates who do not live along the border may be far removed from the effects of these policies. It's extremely disheartening to see the pictures of children in cages in the news or to hear about another death of a migrant in U.S. Immigration and Customs Enforcement custody. The impact, however, is much greater on the family members of migrants who are waiting to hear if they are (or will ever be) released on bond, on the pro bono attorneys who have to start their cases from the beginning each time a new policy is enacted, or on the families in border cities who live in constant fear of the growing numbers of U.S. Immigration and Customs Enforcement (ICE) and Border Patrol officers patrolling their neighborhoods and targeting their community members.

Forming an opinion on immigration and border issues, I have learned, is vastly different depending on where in the world you are observing from. When I lived in the Philippines, all I knew about the U.S.-Mexico border were fictional portrayals and the drug cartels. When I attended university in St. Louis, I advocated for the rights of immigrant families in my local community but lacked any insight to lived experiences of migrant families walking through our deserts. It wasn't until I moved to El Paso, Texas, for my service year that I finally saw the danger along the border, not of migrants or immigrant communities, but of the immigration narrative in Trump's America.

The anti-immigrant rhetoric and "us-versus-them" mentality common in today's conversations about illegal immigration have manifested in past and present situations along the southern border. Children were placed in cages and internment camps, separated from their parents with no promise of a reunification. Because of the overcapacity of ICE facilities, people were detained under bridges, fenced in by wires and kept warm by aluminum blankets. Because of the "Remain in Mexico" policy, volunteer-run shelters for asylum-seekers, like Casa Del Refugiado and Casa Óscar Romero in El Paso, experienced extreme highs and lows in residents, going from 200 people to 15 people one day to the next. Families are forced to sleep on the streets in Juárez after being returned to Mexico upon showing up to a legal port of entry to seek asylum — despite "getting in line" and "doing it the right way." Because the United States, a country built on opportunity and a chance at freedom, is turning migrants away, they have no choice but to go back to the danger and trauma they are fleeing from. 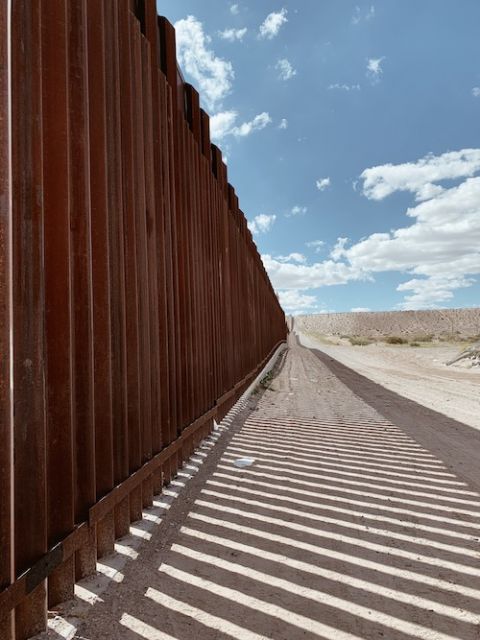 Before I moved to El Paso, I was ignorant to the effects of Trump's language and changes in policy. I felt indifferent when the Department of Homeland Security announced slight changes in the asylum-seeking process. I knew children were sleeping in cages or in tents on the streets of Mexico, but I felt so far away from the issues that no effort of mine would make a difference. I stopped reading the news because it was only to learn about another policy from our administration that endangers marginalized communities. I removed myself from what I thought were unjust and inhumane situations, but really, I just stopped paying attention to lived experiences and firsthand trauma. My privilege blinded my empathy and compassion for others, giving me the choice to be comfortable, passive and silent — and there were times when I chose it.

Until I immersed myself in the binational community of El Paso and Juárez, I didn't realize that people here don't get to stop paying attention. Each day, we see an effect of the racist rhetoric and new immigration policies. Whether it be more Border Patrol officers roaming the neighborhoods, inconsistent numbers at migrant shelters, hundreds of asylum-seekers in detention getting transferred around the country, or the extreme targeting and profiling of Hispanic communities and communities of color, every day, there is something new. I can no longer sit still and remain indifferent because as a member of a border community, I feel compelled to pay attention. Not just because of the city I live in, but because I can look out my window and see another country, not knowing where ours ends and Mexico begins — but only if I can ignore the 20-foot iron wall.

I have to care because living in El Paso has taught me that our own policies treat vulnerable and traumatized people as pawns in what Trump thinks is a game. But human beings are not game pieces, they are not dispensable, and they are not illegal. Those who are coming to our borders asking for help are real people, fleeing real violence, death and terror. And we're meeting them with exactly what they are running from.

[Celine Reinoso is a Loretto Volunteer in El Paso, Texas, working at Villa Maria, a transitional homeless shelter for women.]

Migration | Growth and life along the US-Mexico border

Straying from the church and grounding my faith in nature

Mother nature is my healer

The view from the border bridge