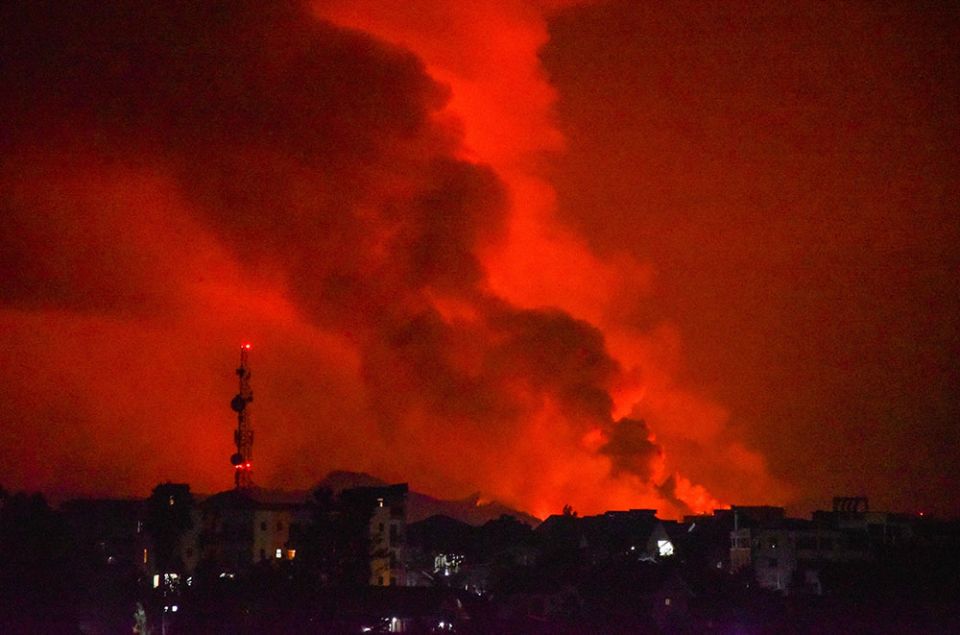 Smoke rises from the volcanic eruption of Mount Nyiragongo near Goma, Congo, May 22. (CNS/Reuters/Olivia Acland)

The sky was ablaze and colored bright red. The whole city had its eyes riveted on the volcano, which erupted like a powder keg! Fear spread when social media showed a stream of lava flowing toward the city — following the route of the previous eruption in 2002.

In the absence of any official communication about the ongoing disaster, civil society activists turned into expert journalists, overturning the social networks' "truths" about the event. Facts emerged from rumors:

The provincial authority finally recommended the evacuation of the city. Civil protection guidelines recommend that the sick be transferred to two large city hospitals, and that the rest of the population flee on foot to the city of Sake, 27 kilometers west of the city. Immediately, crowds of people rushed to Rwanda, whose border is usually closed at that time of night. A few thousand people would eventually enter later. Those who took the western exit of the city quickly created traffic jams and accidents; we heard that 14 people were killed.

Shortly after midnight, an expert volcanologist spoke on Radio-Television Nationale Congolaise. According to Kasereka Mahinda, scientific director at the Goma Volcano Observatory, the lava flow divided into two branches. One was fluid and smooth, coming from a crack between other volcanic cones. This branch flowed at 5 kilometers per hour toward Rwanda.

He said that another, more solid flow came from another crack near the village Mutaho, and moved slowly toward the Buhene area, on the northern outskirts of the city, ravaging the village, which had experienced interethnic clashes in April.

Given the state of siege in the provinces of North Kivu and Ituri, decreed by the president of the Democratic Republic of Congo on May 3, the civilian authorities of Goma were all replaced by soldiers. This volcanic eruption arose just after the handover between the civil authorities and the military.

On the morning of May 23, the population, who had just passed an eventful rainy night under the stars, gradually returned without waiting for help or the cooling of the lava. Some churches had already opened their doors for the worship of this Sunday of Pentecost while earthquakes of very small magnitude followed. However, this climate did not discourage Christians who continued the Pentecost Mass.

On the same day, everyone began to look for their families. It was then that our colleague Espérance Kanyere discovered that her little sister Gloria and Gloria's daughter died in a car accident while fleeing the lava. Gloria was pregnant with twins, and — since here it is the tradition to provide a coffin for the fetus — they needed four coffins. The family had to negotiate with the authorities to agree to put the fetuses in the same coffin as their older sister. This was a real nightmare for the family.

Two days later, Gloria and her children were hastily buried while earthquakes shook the ground. In an act of bravery, some sisters accompanied the family to the cemetery.

Little by little, we discover other news. Pascal, the little brother of Sr. Bernadette Mwavita, and my cousin Salima have lost their houses, completely burned by lava.

Since May 23, earthquakes have not stopped shaking the area. From May 23 to 29, according to the report of the Goma Volcano Observatory, Goma experienced 269 tremors with a magnitude of 2.1 to 5.2 on the Richter scale. Some houses were already cracked and others collapsed. In addition, the emanation of gas caused deaths.

The provincial governor had ordered the population to evacuate. Ten districts of Goma were affected by this evacuation. Two of our communities (Mother of God and Qia) were in the evacuated neighborhoods.

It was a "save-yourself" stampede that inflicted a great deal of suffering among the population. The most vulnerable could not reach the main road or the port to throw themselves into a boat like the others. Earthquakes were happening everywhere. In fear and trauma, people were leaving in all directions. Our sisters of the Mera of God and Cana communities went to the communities of St. Ursula and Jean Corneille, which are not in the red zone.

We welcomed displaced people into our home in St. Ursula, and into our primary school — and they stayed for several days. At least we have water, but not enough food for everyone, so sharing is our law! 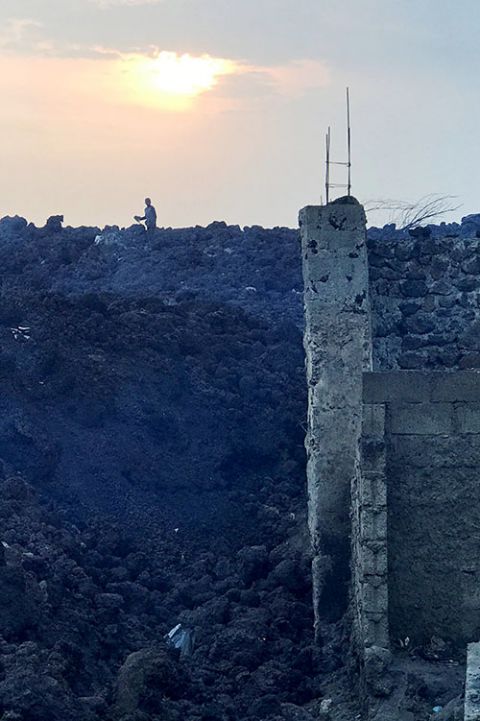 A resident picks up remains from a home covered with lava after the eruption of the Mount Nyiragongo volcano near Goma, Congo, May 24. (CNS/Reuters/Djaffar Al Katanty)

Hypertensive people and asthmatics were taken to places where they could be cared for in the event of an emergency.

Four sisters were able to flee to nearby Bukavu and eight managed to get to Minova — 50 kilometers west of Goma. The other sisters are in the two houses here, sleeping outside at night, for fear of earthquakes. Despite all this, we try to find moments to pray together outside.

According to what we heard from civil society, there were 32 deaths, mainly asphyxiated by gas, and 14 as a result of traffic accidents. Many children were lost because of the panic just as the night market began (at which the poor are able to sell items by the side of the road without paying taxes). At that time, many parents were not at home, and the children followed the fleeing crowd.

Currently, the sisters follow government information and bulletins. Schools, airports and ports are all closed until further notice. The social and psychological aspects will continue to be our long-term work — the trauma from earth, gas, flight into the unknown, the sudden loss of family and home — becomes worse than the lava flow and the red-fire sky. How will this affect children who suddenly have nothing overnight?

Apart from our Cana community, where there are cracks in the large building that houses the Higher Institute of Arts and Crafts of Goma, the other houses and schools had not been touched up at the time of this writing. The real balance sheet will only be known when the earthquakes stop and the sisters are back in their homes.

All those who fled only aspire to return home, and wait for the order of the provincial authority and the volcano scientists who have come from everywhere. Refugees are suffering and risk catching waterborne diseases because of crowding and lack of water and food. No aid has been distributed to the displaced so far, because it requires a large organization.

Thank you to everyone for your moral support and prayers. Many thanks to Sr. Bimla Minj, our superior general, as well as to all the sisters of our congregation and that of the Roman Union Ursulines for having been with us from the first minutes of the disaster. Your support has been a great comfort to us. Ut unum sint!

Editor's note: We were informed on June 7 that the sisters had been able to return to their homes; the latest report from the Democratic Republic of Congo (June 11, 2021) is that thousands of people are now returning home. 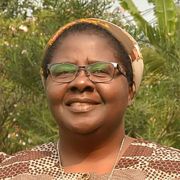 Hope Hamuli Mboni currently serves as superior vice provincial of the Ursuline Sisters of Tildonk in the Democratic Republic of Congo. She has ministered in Goma secondary schools as a teacher and director, then as education coordinator and project director for the Jesuit Refugee Service in Congo.

Ministry | Goma under fire from Nyiragongo, the most dangerous volcano in Africa

For many in Congo, Chinese gold mining brings upheaval but little benefit

Our painful journey with a kidnapped girl