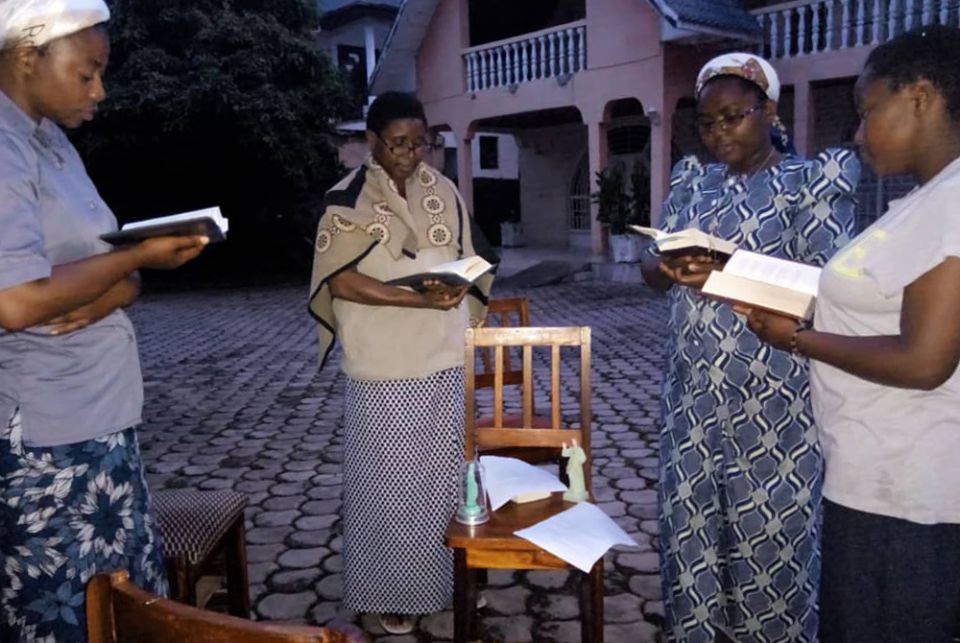 Goma is the capital of North Kivu province in the eastern part of the Democratic Republic of Congo, in central Africa.

Located in the eastern highlands, it enjoys a pleasant climate; it is a real tourist site, attracting many visitors. It is about 85 km (about 52.7 miles) away from Virunga National Park, which is a UNESCO World Heritage site. Created to protect one-third of the world's remaining mountain gorillas, that park contains the richest biodiversity in Africa — over 1,000 species of mammals, birds, reptiles and other species.

Bordered by three lakes to the south and west, in the north it is overlooked by the Virunga volcanic chain, including the Nyiragongo volcano, about 15 km (about 9.3 miles) away from the town.

The Nyiragongo volcano remains very active, and it has erupted more than once. The last one was on Jan. 17, 2002: it killed more than a hundred people, with lava covering the whole central and eastern parts of the town, and half of the airport runway, before ending up in the lake.

The eruption left thousands of families homeless and destitute. However, 19 years later, the affected population has gradually returned to life. It was during this period of reconstruction that a new eruption was suddenly triggered on the night of May 22, creating general panic and forcing the population of some 670,000 to possibly 1 million inhabitants to move to the surrounding villages of Goma and to the town of Gisenyi in Rwanda.

The huge lava flow that started at around 6:30 p.m. stopped during the night in the suburb of Buhene, which marks the northeastern limit of Goma city, destroying over 3,000 homes.

5. Sister on the lava with other villagers cc.jpg 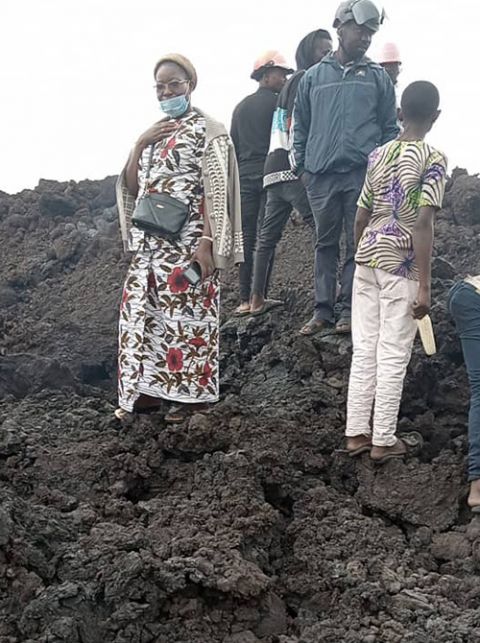 Sister Madeleine accompanies the teachers who lost their houses, which were covered by lava. She is standing on the still-hot ground. (Courtesy of Bernadette Mwavita/Ursuline Sisters of Goma)

It stopped only a few hundred meters from the Goma airport. The city of Goma was not affected, but residents are still worried about a possible resumption of the eruption, given the continuous earthquakes, which are causing human and material damage in some parts of the city and leading to underground fissures that house the invisible lava, which is looking for a way to come out on the surface. Thus, the population has been called to be vigilant.

Our sisters decided to pray outside to protect themselves against a possible collapse of the house. In many parts of the city, we can see cracks in houses and roads. Many of the affected population are financially deprived, which explains the very difficult living conditions at the moment. There are cases of people who have lost their lives while trying to relieve themselves in an outhouse or who have been asphyxiated by gas coming from inside the hole of their toilet.

As the situation remained uncertain because of the lava that is still seeking its way out, a majority of the population was evacuated to Sake village, about 30 km (about 18.6 miles) to the south of Goma; and another group to Rutshuru, about 50 km (about 31 miles) to the north of Goma. Schools, airports and ports are all closed until further notice.

The main activity in the city of Goma is business, and many people have been affected, especially poor households who depend on daily income (averaging $1) from small-scale trade — often at the door of their house, in stalls or kiosks — or by other small activities such as handicraft sewing, shoemaking or labor as load carriers, in order to meet basic needs. These families have no investments, but live from day to day.

In the camps for internally displaced people in Sake, the government is helping by distributing some food, but not everyone is being helped. 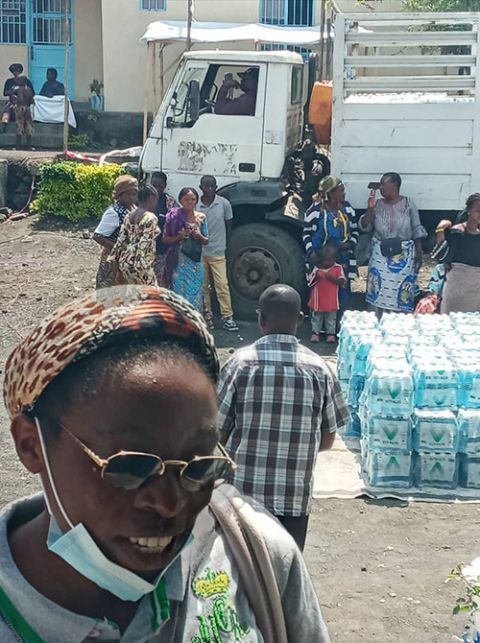 Ursuline Sisters arrive in Sake and prepare to visit the displaced people. Sister Gisèle is shown in the photo. (Courtesy of Bernadette Mwavita/Ursuline Sisters of Goma)

As Ursulines of Tildonk, our congregation is affected by this situation as are so many other congregations ministering in the town. Having education as our main apostolate, we have had the pain of seeing many of our students become homeless and even orphans. We have hosted some families in our schools and served them food for a few days before the total evacuation. Some of our students and their parents are in total destitution, not knowing what will happen now that they have lost everything.

The social and psychological aspects will be a big problem that we will have to deal with for a long time. The trauma of earthquakes, poisonous gas, fleeing to an unknown place, the sudden loss of family and home — these are becoming worse than the lava flow and the fire-red sky. What about children who are suddenly left with nothing?

There is a lot of suffering in the refugee camps, and there is risk of catching water-borne diseases because of the crowding and the lack of water, food and medicine.

We are trying to meet with the displaced in the camp, sharing with them the little we have, to alleviate their suffering a little bit; we remain open to listen to people, especially our students and their parents, accompanying them in their misery.

Every day we are offering the situation to our Lord Jesus Christ. He who calmed the waves of the troubled sea, he will also calm the turmoil of the lava, for the return of normal life; He who has suffered himself will assist our traumatized brothers and sisters and grant them healing.

As of June 4, relief agencies were reporting that some people are returning to Goma, in spite of some remaining risk.

We thank all who have supported us in various ways — this contributes enormously to the promotion of human life and gives hope to this population which is so helpless.

Editor's Note: we received word on June 7 that the sisters were able to move back to their communities. 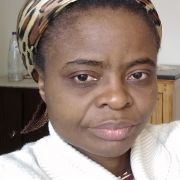 Bernadette Mwavita is a member of the Ursuline Sisters, Congregation of Tildonk, Goma/Democratic Republic of Congo. She currently serves as assistant on the Congregational Leadership Team.

After 30 years, Good Samaritan life in Kiribati continues to blossom

With spiritual motivation, sisters actively care for the Earth

Burning down our common home

As Trump visits border, Pimentel and other sisters keep up their witness