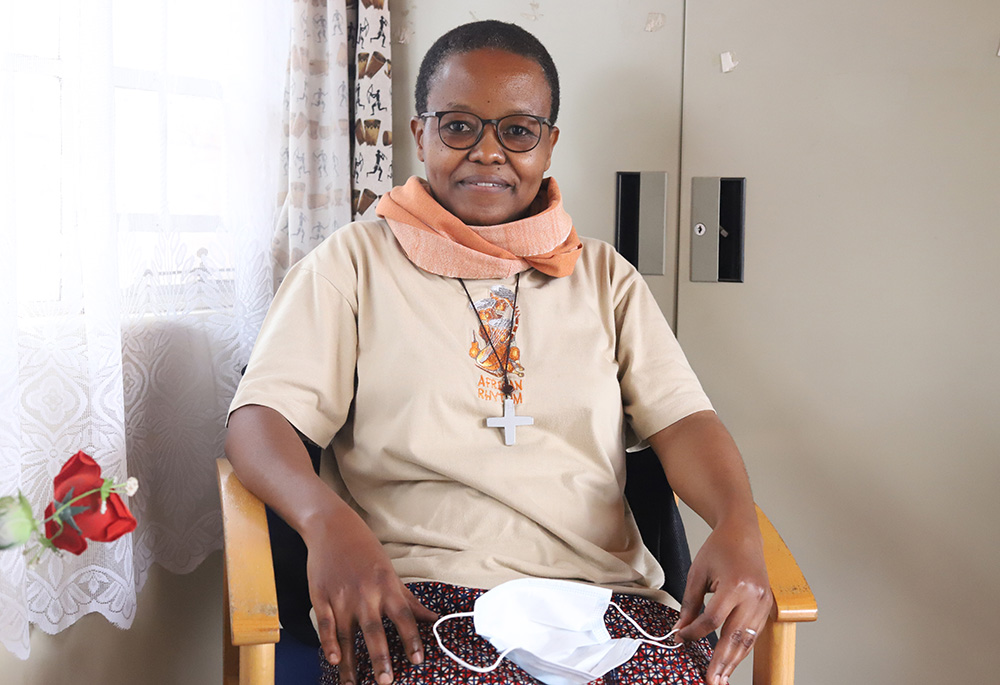 Sr. Anna Masawe is a member of the Missionary Sisters of Our Lady of Africa. She is the project coordinator of Tikondane Care for Children in and off the Streets, which works to reintegrate street children with their families and community. (GSR photo/Doreen Ajiambo)

As dawn breaks in this country's capital, Sr. Anna Masawe kneels to pray, then checks on the children in her care. She feeds them before going to the streets to look for more homeless children.

The 45-year-old nun runs Tikondane Care for Children in and off the Streets, a faith-based organization that shelters street children before they are reintegrated into their families and community. The organization was started in 1998 by the Missionary Sisters of Our Lady of Africa in collaboration with the Archdiocese of Lilongwe.

"My ministry of working with children is more of passion than a calling," said Masawe, who has managed the organization for seven years. "So when I walk around the streets and see the children, I am always moved to do something for them. I always feel connected to children.

"Therefore, my dream is for every child to have a place to call home, access education and lead a decent life."

Masawe, who is from Tanzania, says that poverty, violent domestic relationships and family breakups have forced thousands of children to live on the streets. Some of these children also have lost their parents to HIV/AIDS, she added.

Malawi, a southeastern African country of more than 19 million people, is currently ranked among the poorest in the world, based on International Monetary Fund data. Various reports show that approximately 4,000 beggars, many of them children, roam the streets of Lilongwe and Blantyre – the second-largest city in the southern region of Malawi. However, there are no government statistics on street children in other cities such as Zomba, Mzuzu, Kasungu and Mangochi.

The HIV/AIDS pandemic also has contributed to homelessness in Malawi, Masawe said. Thousands of orphans who lost parents to AIDS roam the streets after their families rejected them. There are around 500,000 orphans in the country who have lost their parents to AIDS-related diseases, according to a report by Avert — an international HIV/AIDS agency. 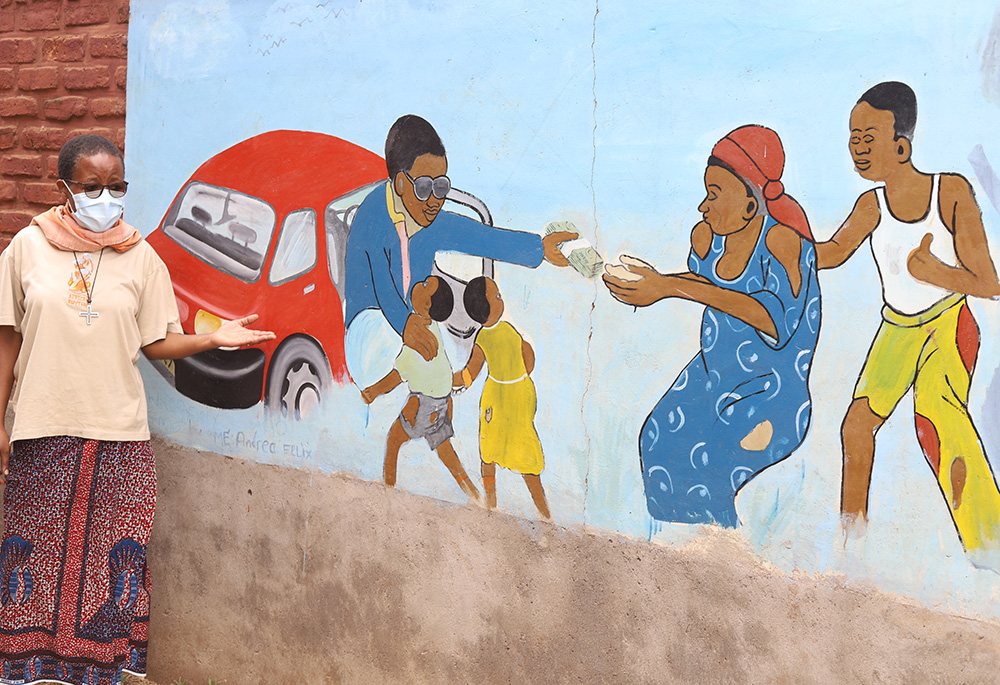 Sr. Anna Masawe explains an image in which parents are shown selling their children due to the poverty that has engulfed Malawi. (GSR photo/Doreen Ajiambo)

Masawe said her organization, which serves 10 children as they wait to be reintegrated, was trying to provide shelter as a way of eliminating poverty and improving the lives of orphans and other street children. About four out of five families in Malawi live with little hope of owning a decent house, according to a 2016 report by Habitat for Humanity, a global nonprofit that helps low-income people build homes and communities.

"There is extreme poverty in this country, and this has led some of the parents to neglect their children, who in turn end up on the streets due to lack of care," Masawe said. The situation has been aggravated by the COVID-19 pandemic, which has affected economic growth and livelihood of several people, she noted.

"During the pandemic, schools were closed, and there was a lot of pressure on the parents," Masawe said. "Many children were neglected and they ended up on the streets. This increased pressure on us, yet we could not do much."

Despite the challenges, Masawe has been able to contribute toward ending homelessness in the landlocked country. "God has been faithful," she said, adding that her happiest moments emerge when she ensures a street child has been rescued and reunited with their family. 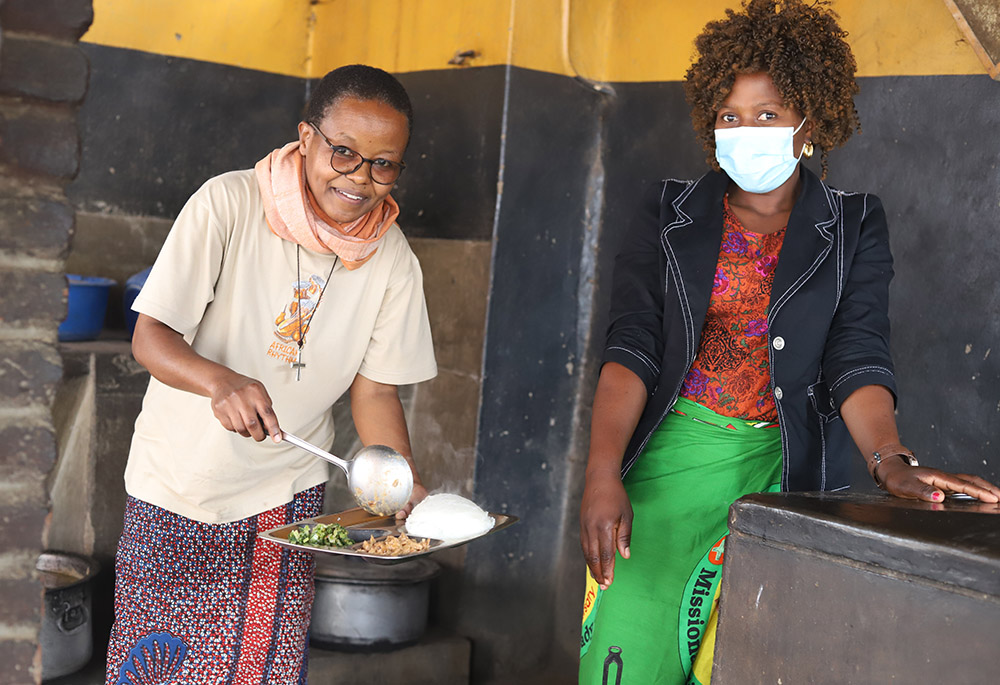 GSR: Tell us about your work and ministry with homeless children.

Masawe: When I started managing the center with my professional background as a social worker, I had never dealt with street children. But the staff at the center was very supportive. They first guided me to familiarize myself with the children, and after a few weeks I went to the streets and began to rescue the children. I could interact with them freely as I identified the situations in the streets. Occasionally, I could take food to these children in the streets and invite them to come to our center and receive basic items such as food, clothes and even shelter.

The center was very small at the time I joined. I drew a plan to source funds so that the center could admit more children. Luckily, my superiors agreed to help. I used the money to construct more rooms, buy extra beds, food and also employ more staff — especially teachers — to help with teaching the children who regularly came to the center to have meals. After a few weeks, I started rescuing children from the streets to the center and I could counsel them for weeks before I reunited them with their families or community. This has been my style of leadership since I took over the responsibilities of the center, and I have rescued thousands of children. 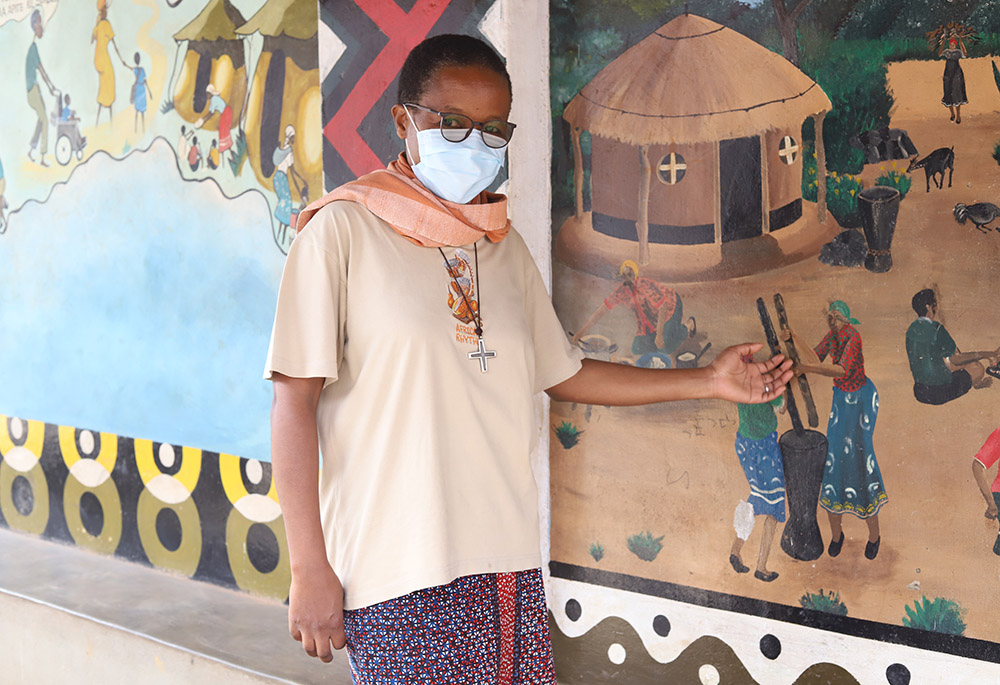 Sr. Anna Masawe explains an image that shows how a community should join together to help raise children. (GSR photo/Doreen Ajiambo)

How has COVID-19 affected your ministry?

The pandemic came as a shock to many. Most people were unprepared, and because of this, the effects were very severe, especially to these children. Some families lost their businesses and jobs, making it difficult to provide for their children, most of whom were at home since the schools had closed. This led to some children being exposed to various abuses, including neglect, leading them to the streets. The situation put us under pressure to help these children, and yet we had little resources to admit more children at the center. At the time, due to COVID-19 restrictions, we could only admit 10 children at a time from the previous 25. The impact of the pandemic, including lockdowns, forced us to suspend admission of the children to maintain social distance as required by the Ministry of Health. However, we kept the shelter open to receive children who needed counseling, food and medical help.

We also went to the streets to meet other children and offer them food and counseling. In 2020, we were able to reunite 119 children with their families despite the COVID-19 challenges. We visited 185 children at their homes whom we had released because of the COVID-19 lockdowns. I was able to sensitize their families and community on measures to prevent the virus from spreading. The follow-up visits we made really helped in saving several girls from early marriages or falling pregnant at a tender age — a problem which is rampant in this country. We made parents more aware of child protection issues and offered them skills, especially on handling children at home during the pandemic.

As a religious person, how has your spirituality been influenced by working with street children?

My interaction with these homeless children has made me draw closer to God. My charism as a member of the Missionary Sisters of Our Lady of Africa is to spread love through the warmth of life, and this is what gives me strength to go on. Working with the street children has also helped me to see the face of God through the lives of these children, and I can confidently say that now I have a different perspective on life and the challenges that people go through. I believe each and every one of us deserves a family, love and care, and no one chooses to be poor or to be in the streets.

What are the challenges you face in your ministry?

The lack of finances and the limited space to accommodate children is a big problem here. Transforming street children is also not easy because most of them are very sensitive and have developed weird behaviors. It entails you to have a high level of understanding and patience to deal with children with such behaviors. However, I came to realize that some of these children are comfortable being on the streets because of the things they have experienced while there — like abusing drugs and substances that have made some of them addicted.

What advice would you give to other sisters who would like to pursue the same ministry?

Love is what binds everything and everyone together. Therefore, I would advise other religious sisters to have open hands and open hearts, and spread our horizons of loving service to people who others feel do not fit in our normal society. After all, that is the calling of God to each one of us.