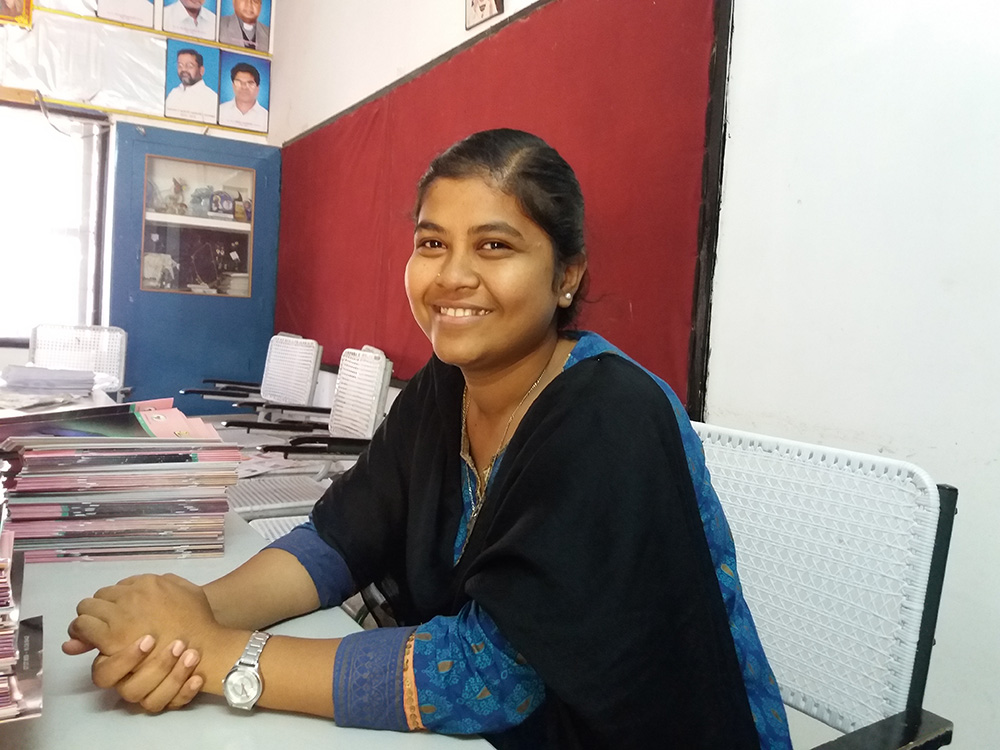 Sr. Robancy Amal Helen, a member of the Idente Missionaries (Religious Institute of Christ the Redeemer) works for the rights of Dalit Christians, especially women, in the southern Indian state of Tamil Nadu. (Courtesy of Robancy Amal Helen)

Christians of former low caste or Dalit origin face several forms of discrimination within the Catholic Church but they never abandon their faith in Christ, says Sr. Robancy Amal Helen, who has been working for the community.

The 33-year-old member of Idente Missionaries (Religious Institute of Christ the Redeemer), a new form of consecrated life of pontifical right, has campaigned and advocated for equality and justice for Dalits in the Catholic Church in India, especially women. As part of her campaign, she coordinated Dalit programs for the community when she worked for the New Delhi-based Catholic Bishops' Conference of India from 2014 to 2019.

Helen assisted in drafting a policy for Dalit empowerment for the church in India. The policy was published by the bishops' Office for Scheduled Castes (such as the Dalits) and Backward Classes.

Currently, Helen is an executive editor of the Dalit Christian Digest, a news portal. She also edits and writes for Urimai, (which means "Right" in Tamil), a monthly magazine for Dalit Christians published by the Tamil Nadu Bishops' Council.

She spoke to GSR in September.

GSR: How did you become a Dalit Christian activist?

Helen: I started to work as a national program coordinator in the Catholic Bishops' Conference of India Office for Scheduled Castes and Backward Classes, New Delhi, in 2014. Until then, I was not aware of the caste system in the church. Reading about the plight of the Dalit Christians brought me to tears. I could not accept that humans could treat others as unequal. When God created all in his own image and likeness, why can't Christians treat everyone as equal?

Reading and interacting with people, I started to understand the harsh reality of our Dalit brethren. I spent sleepless nights as my conscience questioned the core values of my religious life. What am I doing when my people are suffering?

I felt God calling me to work for the poor and marginalized more seriously, especially for the Dalit Christian women and the children who suffer the most. The plight of the Dalit women drew me closer to them. They are considered Dalits among the Dalits. In the course of time, I realized it was my call to work with these people and to raise my voice against the injustice done to them. So I now concentrate on the Dalit Christian children, youth and women. 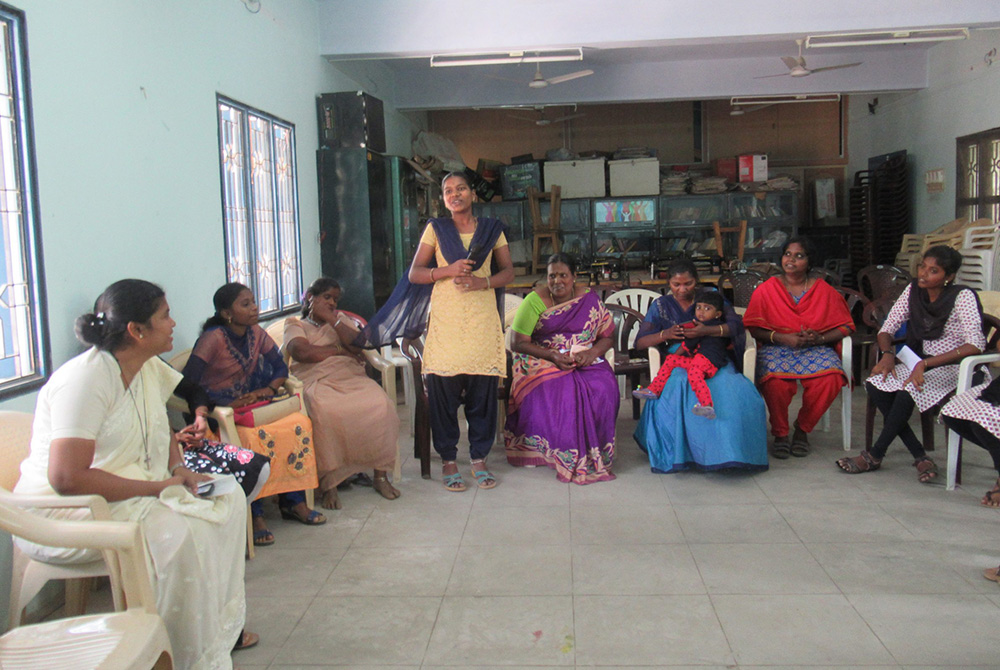 What is your current work?

I am working as a coordinator and executive editor for Dalit Christian Digest, a digital news portal launched in 2020. I also contribute to a monthly magazine called Urimai. During the COVID-19 lockdown in 2020, we initiated an online program for children and youth. We conducted English classes, calligraphy, drawing and speech competitions and an online summer camp for children.

I am pursuing doctoral studies in translation at Tamil University in Thanjavur, Tamil Nadu. I also work as a youth organizer and motivator in Our Lady the Healer Parish at Tiruchirappalli in Tamil Nadu.

Who is a Dalit and who is a Christian Dalit?

The Indian bishops' Dalit empowerment policy says, Dalits, although historically the daughters and sons of the soil, are today alienated from society and are silenced. India's caste system treats Dalits as outcasts. They are robbed of dignity and the basic necessities of life. They are treated as children of a lesser God in Indian society. They are targets of discrimination and have been tortured and killed.

Some Dalits converted to Christianity hoping that they would find dignity and equality in the church. But sadly the caste system is practiced in Christianity, too. The Dalit Christians are deprived of opportunities in church leadership, education and employment. There are separate churches, cemeteries and hearse carts for the Dalits and upper-caste Christians.

But I have observed that the Dalit Christians are deeply rooted in their faith and they never abandon their faith in Christ, whatever the discrimination they face within the church. 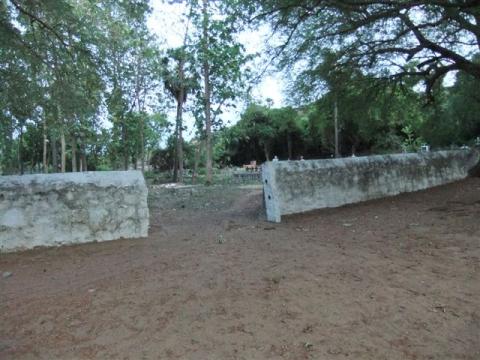 What is the number of Dalit people in the church?

The church's Dalit policy says Dalits account for 12 million among 19 million Catholics in India. But their representation in the hierarchy of the church is not proportional.

Please explain the caste discrimination in the Indian church.

Although Dalits are the majority in the Catholic Church, they are not treated equally. The Dalit Christian children are not allowed to serve the altar or to become lectors. Most so-called upper-caste priests do not visit the houses of Dalit Christians. We see this discrimination even in the appointment of bishops. Among India's 174 dioceses only 11 bishops are from the Dalit Christian community. Separate cemeteries and churches for Dalit and other Catholics still exist among followers of Christ. Inter-caste marriage is still not common among Christians. Using caste names as surnames is still prevalent even among priests and religious.

During parish feasts, religious procession is not made on streets passing through Dalit settlements. Dalit people cannot take the bodies of their deceased members for burial through the common street. Some Dalit Christian villages are still mission stations and their faithful remain unattended by clergy.

What are the programs initiated in the church to empower Dalits, especially women?

The church has taken special care to empower the Dalit Christian women. The commissions for Dalits and tribals under the bishops' council of Tamil Nadu in southern India train women in entrepreneurship and leadership skills through their Dalit Christian People Cell. The 18 Catholic dioceses of Tamil Nadu have 350 such cells and 50 are managed by Dalit women. Many Dalit Christians in rural areas get elected as ward members of village councils. Some are elected presidents. Through the commission's initiative, a folk singer from Palayamkottai Diocese has received the prestigious Kalai Mamani award from the Tamil Nadu state government. Some 250 young Dalit Christian women have undergone a one-year, residential, diocesan training on personal development. The women are also trained in conflict sensitivity and gender balance.

The Tamil Nadu Regional Chapter was started June 21, 2019, where women are trained to become members of the decision-making bodies of the Catholic Church.

Does the church have women congregations exclusively for Dalit?

Yes. As far as my knowledge goes, the Franciscan Sisters of St. Aloysius Gonzaga is a women's congregation. It was started by Jesuit Fr. Michael Ansaldo in 1775 in Puducherry (formerly Pondicherry) with the motto "Good News to the Poor."

I have heard from Dalit sisters that they have experienced discrimination but are not allowed to openly talk about it. The Dalit nuns continue to be discriminated against and few of them are in the leadership positions in their congregations.

Please tell us about your congregation.

One of our missions is to work with the youth, proclaiming the good news among everyone, especially the people and those who are far from Christ. The institute's motto is "Believe and Hope." For us, faith and hope must be grounded in charity, pervade the lives of its members and guide their steps towards the holiness.

Our [Idente Missionaries] congregation was founded by Fernando Rielo in 1959 in Tenerife, Spain. It is made up of two branches: celibate clergy and laymen, and celibate women who profess poverty, chastity and obedience through public vows.

Our people are present in 20 countries. The Idente charism is to follow and identify with Christ and, with the guidance of the Holy Spirit, live out and bear witness to the Heavenly Father. Our aim is to achieve fullness of our vocation.

What made you become a sister?

I was in seventh grade when I felt my religious vocation. I was a timid child, afraid to say yes to God's call. But I wanted to become someone different, didn't want to restrict my life to my family and village. During a final profession ceremony for sisters in my village, I asked Christ to call me to serve the poor. Two years later, when I told my parents, they refused to let me go away from home as I have difficulty in walking because of my premature birth.

As a child I always felt the love of Jesus. It was my grandmother who nurtured that. She used to wake me up at 4:30 a.m. and take me to church for Mass. I spent more time in the church than playing with my friends.

I studied in a school managed by the Servite Sisters. The sisters asked me if I wanted to become a nun. The same question was asked by a seminarian who had come to conduct vacation bible school in our parish. I had to convince my parents to allow me to become a religious sister.