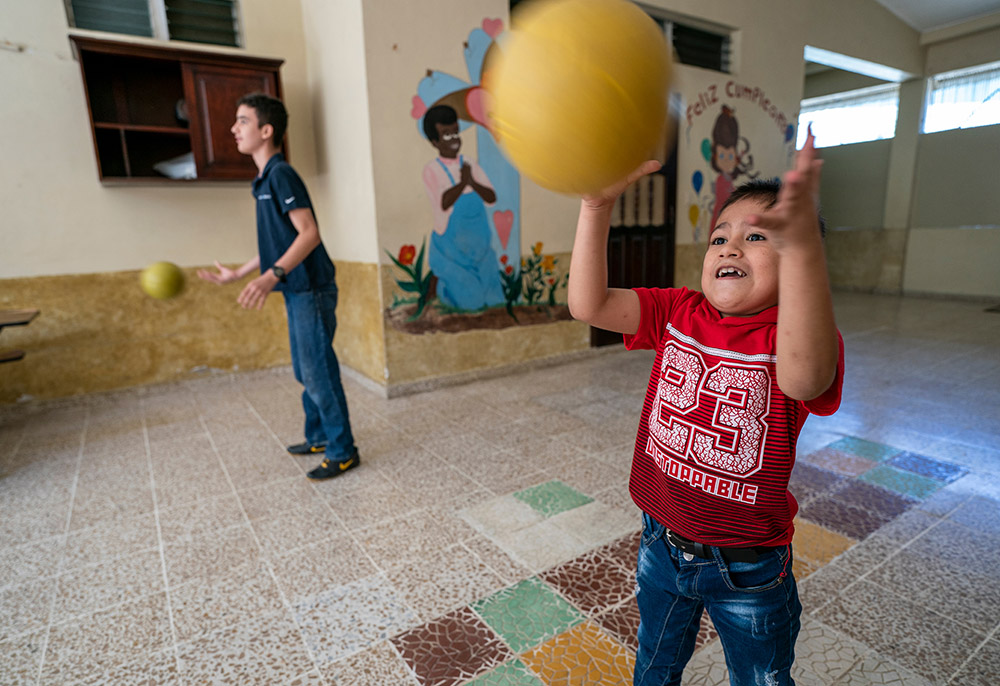 Nestled among the homes, small shops and narrow streets of Colonia Perfecto Vásquez in San Pedro Sula, the sisters and staff at the small compound of Casa Corazón de la Misericordia (Heart of Mercy House) have quietly ministered to HIV-positive children for more than 25 years.

Established in 1995 by Mercy Srs. Masbely Del Cid, founder and administrator, and Sandra Hernández, nurse and care coordinator, the orphanage has served more than 1,000 children who have come through its doors in the past quarter century. Originally able to house 10 children concurrently, the facility was updated and expanded in 2002 and now serves up to 38 residential children at a time.

Growing up in the Cabañas neighborhood of San Pedro Sula, Hernández, 52, says her call to religious life began with a dream when she was only 7 years old. "I had a dream, and I saw all the children living on the streets," she says. "And I took them all and brought them into a big house where we cared for them."

Active in her parish and in a choir that welcomed Pope John Paul II at the San Pedro Sula airport in 1983, Hernández, then 15, met Mercy Sr. Doris Brocato, who invited Hernández to shadow her work with children and others in need in San Pedro Sula. Hernández fell in love with the idea of helping others and at age 21 entered the novitiate to become a Sister of Mercy. 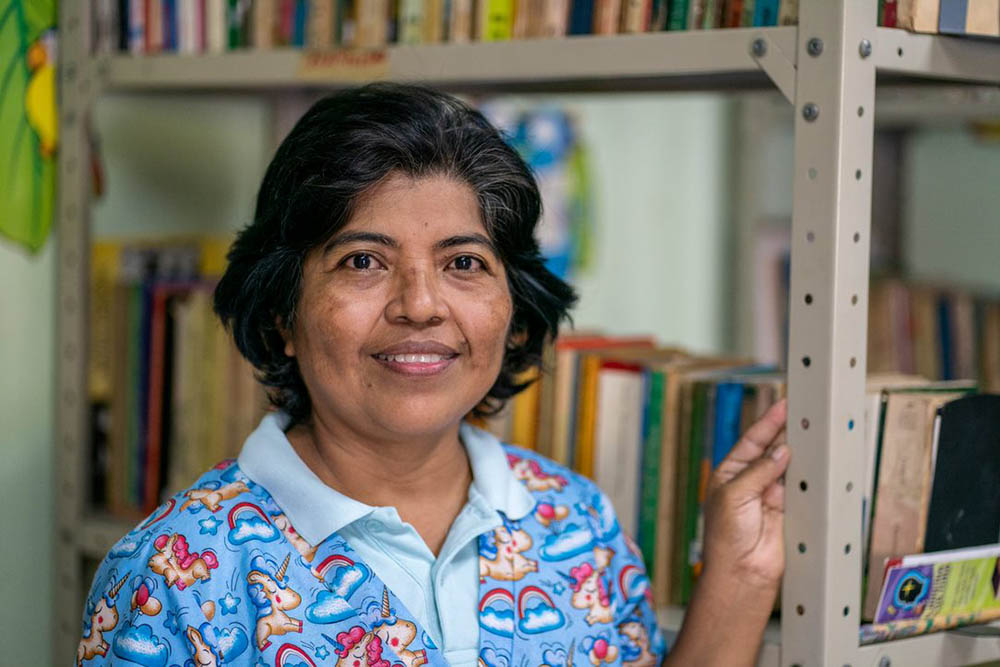 Much has changed in the 25 years since the orphanage was founded. Five other sisters have helped with the work over the years, but only Del Cid and Hernández remain. Radical advances in medical care and antiretroviral therapy are extending and improving the lives of children born infected with HIV.

While some headway has been made in reducing the stigma for HIV-positive persons, Honduran society has been slow to understand the disease and offer full acceptance.

"There was such a taboo — that all HIV-infected people were contagious," Hernández says of those early years. "People thought if you touched [an HIV-infected person], you would be contagious, too. But now people have learned that it's not like that. Some children stay with their families and they no longer bring them here. They stay at home and we can provide help to them."

Hernández administers antiretroviral therapy medications to residents and others in the community, though she says most adults and children living at home seek this help at government hospitals. The drugs have been a literal lifesaver for those living with the incurable disease.

"When we first started, only 4% of the children we cared for lived to adulthood," Hernández says. It was heartbreaking for the sisters and staff to receive HIV-positive orphans, nurture them for a period of time, and then watch so many of them die in rapid succession. Most of the deceased children were buried at the cemetery in the Jucutuma woods, a 15-minute drive from the home.

"In the first two years of the Casa, there were a lot of deaths because there were no treatments available for children with HIV," Hernández continues. "We were trying to help, but it wasn't realistic to hope for many of them. We would come from burying one child at the cemetery and then two days later another child would die. It was very emotional for us and for the remaining children because they knew one of their friends had died. We would try to have a party to help with the sadness of it, or even have a party for a very sick child to give them some relief from being scared knowing they might die."

The effectiveness of modern treatments for HIV means most infected children will not only live into adulthood but, as long as they continue their antiretroviral regimen, live full lives. "Today, the total [survivor rate] is at least 90%," says Hernández. "It is a miraculous progress." 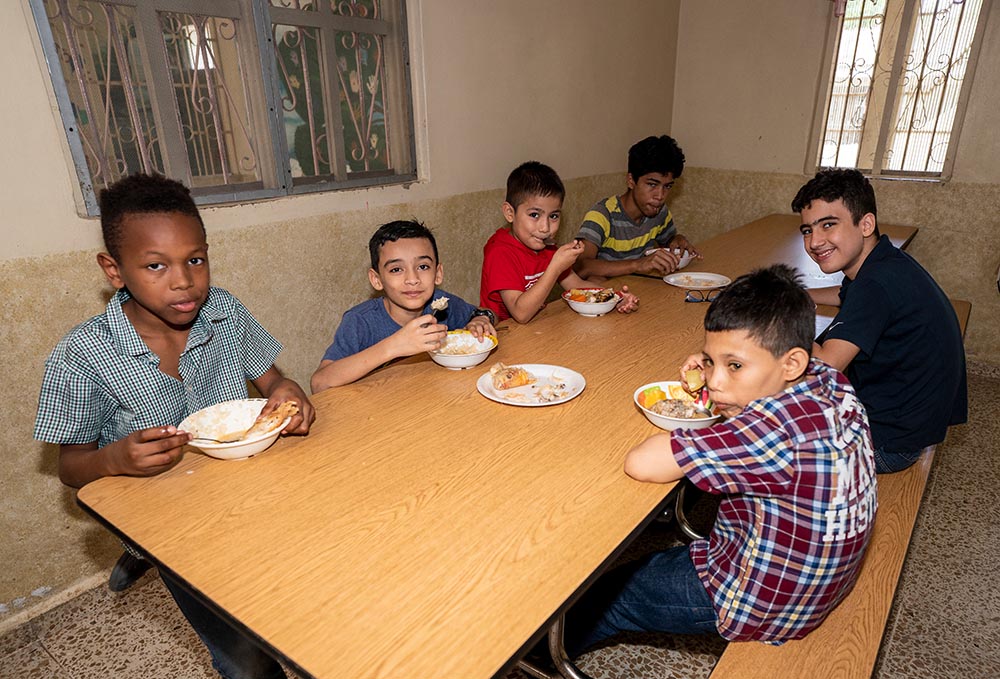 Even as COVID-19 lockdown restrictions continue, the orphanage is bustling with activities as children play, eat and learn. The staff has helped to facilitate virtual learning for those taking coursework at the primary school and a small library is brimming with titles for children.

To encourage literacy, a reading competition has been underway. Hernández says "there isn't much of a reading culture" among Hondurans and the contest is helping to encourage continued language growth.

Signs of learning and care abound in the orphanage. From the painted family tree in the entry hall with its base naming the primary school's principal, "Mamá Laura"; to carefully crafted meals in the kitchen; attentive staff; clean and neatly organized dormitory rooms and posters of encouragement on the walls — a nurturing and welcoming environment is evident.

The two sisters currently care for 23 orphans from infants to late teens who live at the Casa, supported by a devoted 10-person staff, and volunteers from local congregations. Nineteen of the children are HIV-positive, three of the remaining children are siblings, and the fourth, Nichole, is a 17-year-old living with cerebral palsy. 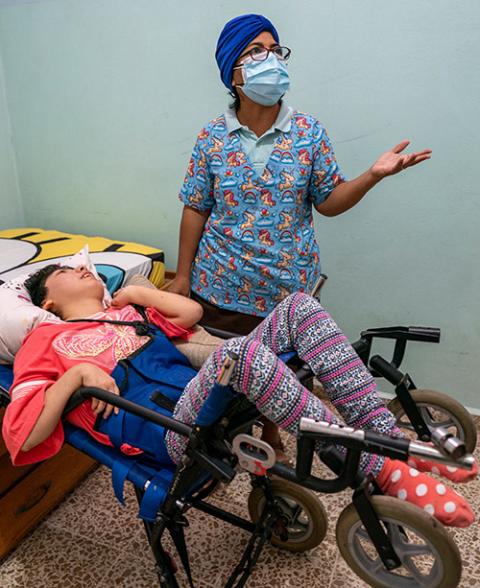 Nichole holds a special place in Hernández's heart and is well-attended by the staff and other residents. She is, Hernández says, as close to a daughter as she will ever have. While other orphans age out of the home at 17 or 18, some heading off to school or out to find jobs in the community, Hernández says Nichole will remain at the Casa where her medical and physical therapy needs can be met.

Kenia Donaire arrived at the orphanage 23 years ago as a newborn. She recently entered the novitiate and is on the path to taking her vows as a Sister of Mercy. Her HIV-infected mother had passed the virus along to her daughter and was unable to care for her. Of the five children who arrived at Casa Corazón de la Misericordia at the same time as Donaire, she's the only survivor.

Cared for by the Casa's primary school principal, Laura Donaire, Kenia took her mentor's last name and, even if not legally recognized, "Ma Laura" has called Kenia her daughter for as long as she can remember.

Kenia Donaire initially expressed interest in becoming a nun at age 10 and began thinking about preparation for religious life. She attended university and has returned to Casa Corazon to work with grade-school children between the ages of 8 and 12, teaching them life skills — how to cook and clean, do their own laundry, "for them to learn to serve and not to be served," she says. "They need to learn to take care of themselves and be grownup."

In play and at lunch, the outcomes of these lessons are on display as the older children participate with and encourage the younger children. They help feed the infants and ensure the little ones have a turn with games being played in a multipurpose room. For some, acting as a "big sister" or "big brother" for a little one is a point of pride and personal growth, and is an important part of the caring environment cultivated by Casa Corazón de la Misericordia.

Although Donaire says she experienced some discrimination regarding her HIV-positive status as a younger child in public school, her status hasn't been an issue in her pursuit of her religious calling. 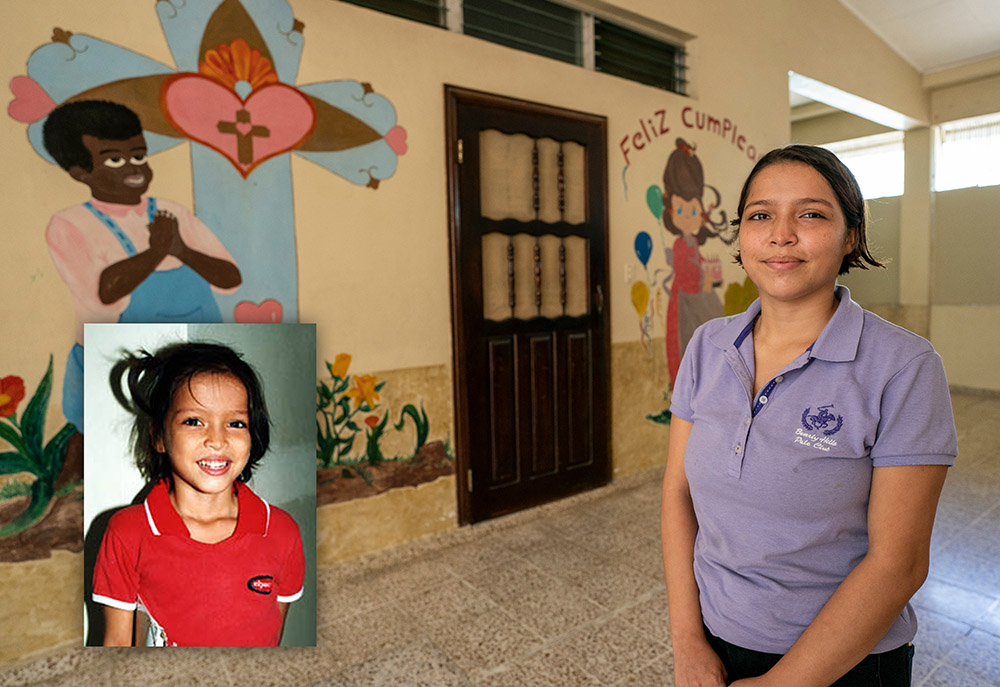 "We spoke to the superior and explained everything," says Donaire, expressing gratitude that none of the stigma she'd felt as a child or in other work outside the Casa was relayed as she petitioned for entrance into the novitiate. "They said if I wanted to continue to pursue this calling I could."

With a strong commitment to helping children experiencing the same circumstances she's been through, Donaire is open to what she will learn throughout her novitiate. "If I work with children or adults, it doesn't matter, as long as they have HIV I want to help them," she says.

Donaire is the first child raised at Casa Corazón de la Misericordia to pursue the call to religious life and it provides a marker for Hernández to reflect on the last 25 years of work.

"I'm not perfect, like Jesus, but I'm trying to walk in his ways. God helps the children directly who come here — they are sent here so we can help them," says Hernández. "They grow with love and support, and they can be good adults."

But she's quick to add that it's not only the children at the orphanage who are receiving care and encouragement, but through all the loss and hardship she's experienced, it has been the children who have sustained her over the life of the ministry.

"My purpose, my call, was to help children," she says. "But the children have helped me be more dedicated to them and the work we do here." 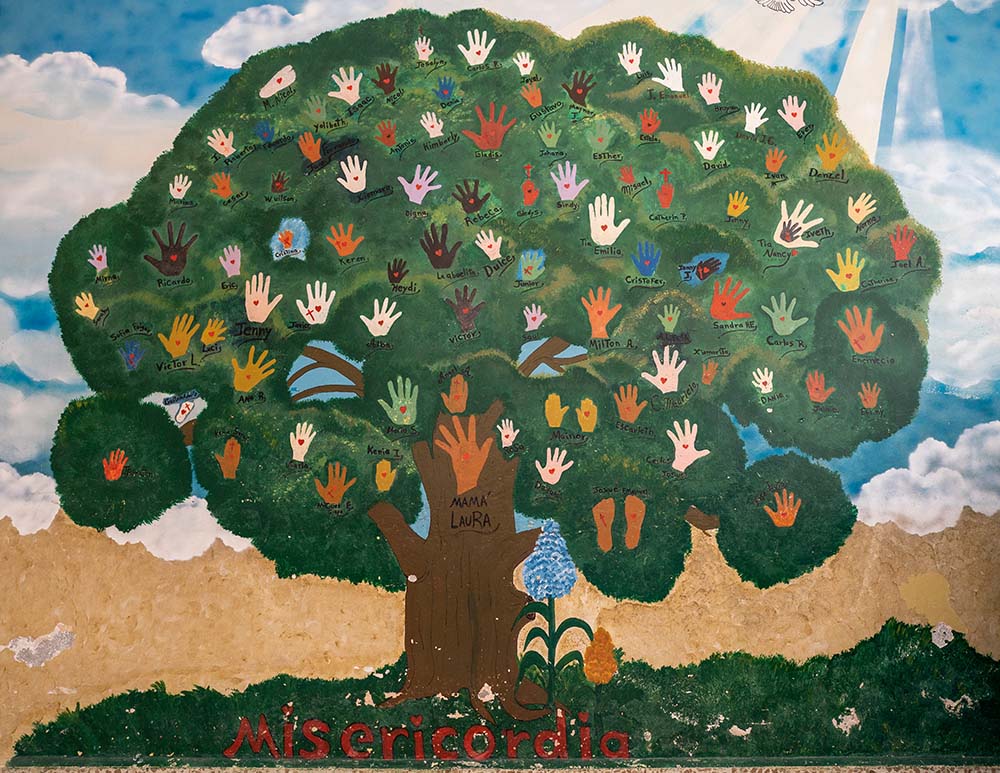 *This story was updated to correct the location of the health center.