St. Phoebe is depicted in an icon by Eka Fragiadaki of the Angelicon workshop in Crete, Greece. The only person in Scripture identified as a deacon, Phoebe of Cenchreae, near Corinth, is thought to have carried St. Paul’s letter to the church in Rome (Romans 16:1). (Angelicon/Eka Fragiadaki)

Editor's note: This series, written by a member of the Pontifical Commission for the Study of the Diaconate of Women, addresses questions related to women religious and the ordained diaconate. This is the last of the five essays. Please join us Friday, Feb. 12, at 2 p.m. Central time, 3 p.m. Eastern, for "Witness & Grace: A Conversation with Phyllis Zagano and Sr. Colleen Gibson" focusing on highlights of this series. Click here to register.

Why would the ministry of women religious/women deacons be beneficial?

Francis' repeated calls for a "more incisive female presence" in church leadership have met uneven implementation around the world as well as at the Vatican. There are possible positions open to laypersons that might allow women — if appointed — to have a "more incisive presence" in the church. These are typically administrative positions and, at the Vatican at least, can be limited to five-year terms. (The assumption is that senior Vatican positions are filled by priests, who then return to their home dioceses.)

Again, women can be appointed to some positions, and women's viewpoints can make a difference, but only if they are considered. Depending on the Vatican office or diocesan structure, a woman is too often at risk of being ornamental and eliminated from actual decision-making.

Further, it is important to recognize that calls for more women in positions of leadership are directed at only partial needs of the church. The "incisive presence" of women is also necessary in ministry, ministry to other women, surely, but ministry to the poor and neglected of society for whom "church" is only a place to approach fearfully.

A painting that depicts "church" in the time of St. Francis of Assisi depicts the tragedy of his times. The rich and the powerful, the well-dressed and educated are in the front, seated, watching a finely robed celebrant of a Mass. The poor and hungry, ill dressed and dirty are huddled in the back of the room, far from the celebration, and farther still from the church's ministry. The medieval church St. Francis found himself in was not one terribly interested in the poor, to whom he wanted to bring the Gospel. He understood his charge was to "rebuild the church." He began with roof tiles and timber, and ended with a ministerial revolution. Whether he was or was not ordained, his desires were understood as diaconal.

Women have always been in the ecclesiastical "back rows." The discussion about women being restored to the ordained diaconate is not about their becoming clerics so they can invest their lives in clericalism, in the climbing, the money and status and power. The discussion about women deacons has always been about ministry. It has been about ministry because the ministry of women, and the ministry of women deacons, is about the needs of the church. It is not about clerical power.

When we look into history, we see that the ministry of women deacons was often to other women. Women deacons ministered to women in baptism, they anointed sick and dying women, they catechized and they gave spiritual direction to women, among their other ministries. At least that is where the preponderance of historical evidence points. That was then. Who ministers to women now? 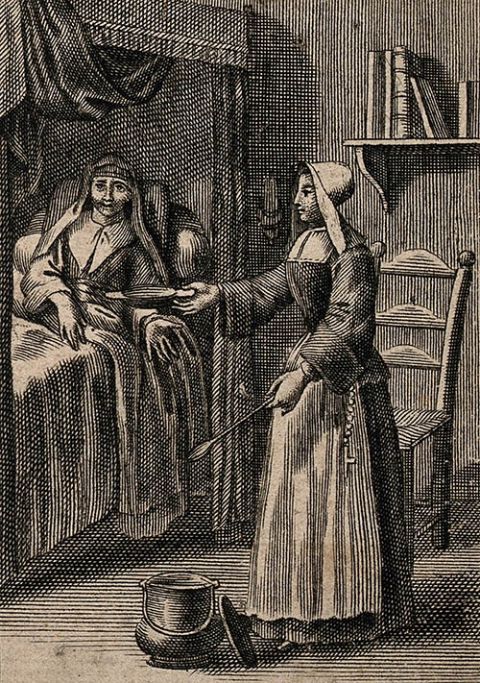 Testimony about the work of women religious during the Amazon synod certified the import of their ministry in the region. Would parishes and parish groupings in Amazonia — the majority of which are led by women and women religious — benefit from these women being ordained as deacons? Perhaps. Francis' response to the synod's final document, Querida Amazonia, acknowledges the fact of women's leadership, but separates it from ordination. Francis seems to prefer the professionalization and canonical recognition of non-priest parishes led by Canon 517.2 parish life coordinators, be they laypersons (male or female, including religious) or deacons. So, it might seem it would not make any difference if a given religious became a deacon.

The ordained deacon can have ordinary faculties for solemn baptism, witnessing marriages and preaching. Only the most tortured routes through canon law allow bishops to grant laypersons, including parish life coordinators, these faculties. But the ordination of a woman as deacon is more than simply providing an easy way for women to baptize, witness marriages and preach. Their ordinations give the people of God a direct conduit, if you will, to the ministry of the bishop. The woman deacon who baptizes does so in the name of the church; the deacon who witnesses marriage does the same. And the deacon who preaches at a Mass, technically at least, represents the bishop.

The usual arguments apply here as well. The person who prepares an individual for baptism would then be the person who baptizes. Funeral rites led by the woman deacon who accompanied the dying individual, who witnessed the decedent's marriage or baptized his or her children, give solace to the family as well as to the parish.

There is no need to search for an either-or determination here. Individual parishes develop and grow as they will. If the women religious who is already leading a parish finds within and without a call to the ordained diaconate, then she and the parish would benefit from her being able to live that call.

Deacons are clerics. But deacons are not, by definition, clerics on the rise. Religious, likewise, have given up the trappings of power and prestige in the name of service. So, a women deacon who belongs to a religious community would proclaim her countercultural witness to the Gospel in many ways. Her presence in the liturgy would symbolize her service and rootedness in Catholicism and its teachings. Her diaconal ordination would enable her service to the very people who most need to hear the Gospel: the young, the poor, the uneducated. She would embody the call of the diaconate: ministry of the word, the liturgy and charity.

Ministry | Women Religious, Women Deacons Q&A: Why would the ministry of women religious/women deacons be beneficial?

A new program for new religious