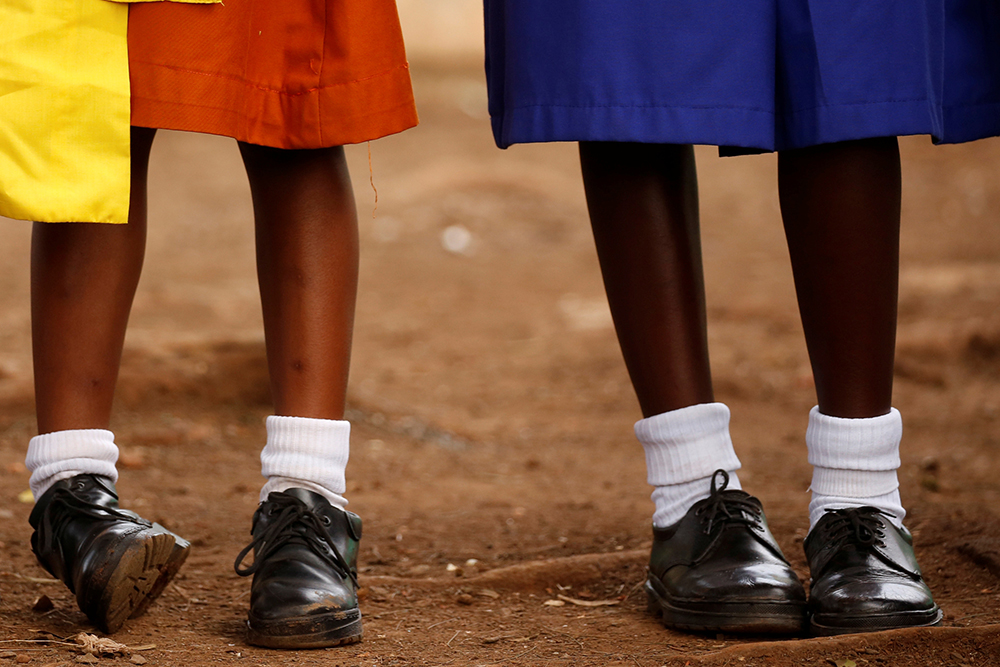 The fallout and lockdowns of the COVID-19 pandemic have most affected girls, concluded a study using data from the development agencies of four sisters' congregations in six countries.

Results of the study, "How are the Girls?", were released Dec. 7 at the headquarters of the International Union of Superiors General and examines data from South Sudan, Kenya, India, Nepal, Ecuador and Peru.

In an announcement of the study's release, UISG said the socioeconomic status of youth in the countries was an "ongoing challenge even before the pandemic" but noted that girls "are still the ones who are affected the most, and almost irreversibly, by the health emergency."

The announcement said that school closures and the change to homeschooling since the onset of the pandemic in March 2020 "have worsened the inequalities between the most privileged and the most vulnerable."

"Closures and restrictions forced millions of girls from developing countries to drop out of school," the announcement said, and "many of them never went back." In many cases, "this resulted in early marriages and other forms of violence and exploitation."

Among the study's conclusions is that adolescent girls "experienced significant disruptions in their education during the pandemic period," described as a "huge" learning loss.

"Not only have they had to face exceptional circumstances but their access to learning was seriously compromised by the lack of access to online education services and technology. This has resulted in an acute sense of learning loss, a declining self-esteem and sense of self-worth, general disillusion and missed opportunities," the study said.

"Inequalities during COVID were considered particularly harsh," the study noted, with particular challenges to girls "living in families and communities with less access to services including online schooling."

"As a result of household poverty and sudden unemployment resulting from government restriction measures, girls have had to take charge of parental duties including increased work, household chores and care (taking care of older and sick parents, siblings) which has further compromised the continuity of their education. This shows how gendered are the effects of the crisis on adolescent girls worldwide, especially in the poorest and most vulnerable areas."

Girls missing out on formal sexual education in school was another area of concern.

"A lack of parental supervision and access to these essential adolescent-focused services meant that many girls fell into the trap of teenage pregnancy," the study said. "Others felt compelled to engage in sexual and commercial exploitation in order to meet their basic needs, exchanging sex for food, menstruation pads and other basic hygiene items such as soap."

"Girls provided examples of parents marrying off their daughters for economic reasons, or friends who were married off to their boyfriends after getting pregnant. Girls themselves sometimes highlighted that marriage was a way of escaping either a violence or conflicting at home as well as poverty — and sometimes a better short-term alternative to school which was unaffordable."

Because of the decline in the availability of food, tensions increased in families, with many girls entering "informal employment at the expense of their own education and long-term prospects."

Congregations working on the study included the Good Shepherd International Foundation Onlus for the Congregation of Our Lady of Charity of the Good Shepherd; VIDES Internazionale for the Salesian Sisters of St. John Bosco; Fondazione Comboniane nel Mondo Onlus for the Comboni Missionary Sisters; and the International Mission Development Office of the Sisters of Our Lady of the Missions. All four congregations have long-established ministries to support children and girls in vulnerable communities in resource-deprived countries.

The study's quantitative research was based on the responses of 3,443 adolescent girls in the six countries, selected among those participating in congregational programs.

Three Catholic sisters have died in a car accident in Nandi County in southwestern Kenya.

The sisters were killed Dec. 3 en route to the ordination of a local church leader, according to news reports. Another sister was critically injured, the reports said. The names of the sisters and their congregation were not immediately known.