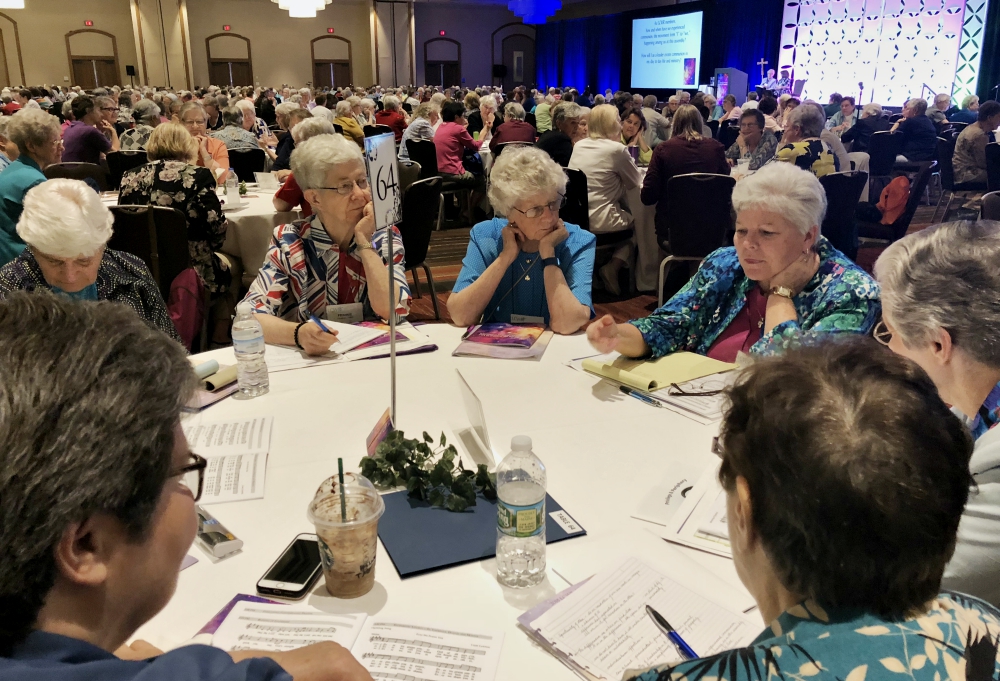 Sisters share their thoughts with the other sisters at their tables after a keynote speaker at the 2018 Leadership Conference of Women Religious annual assembly, held Aug. 7-10 in St. Louis. (GSR file photo)

Members of the Leadership Conference of Women Religious are invited to meet the 10 women who have accepted nominations for either president-elect or the national board through three virtual forums with the candidates that have been recorded to share with the conference.

The two candidates for president-elect are Sr. Rebecca Ann Gemma, a Dominican Sister of Springfield, Illinois, and Sr. Rose Marie Jasinski of the Sisters of Bon Secours. 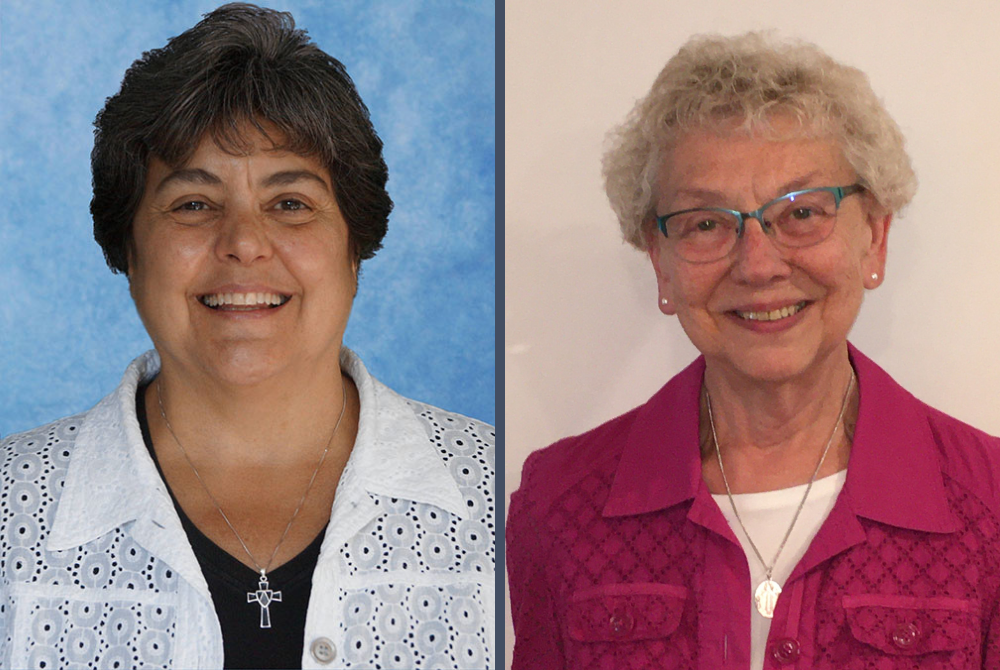 The eight candidates for the national board are:

The recordings of the three 45-minute forums (one forum with the presidential candidates and two forums for the board candidates) are available only to members on the LCWR website.

"All LCWR members are asked to be informed voters and view the recordings before casting their votes in June," according to the LCWR newsletter. Members will receive instructions for online voting, which will take place between June 5 and 26.

The sister-run nonprofit Sisters Rising Worldwide has developed a communication platform, a tool that builds upon the group's goal: to connect sisters around the world to share resources and ministry needs and to post fundraising needs.

Sisters Rising Worldwide, which began in 2016, is free for sisters, and all are invited to register on the Peace Room platform to engage with the network.

According to its press release, "PeaceRoom aims to connect hundreds of thousands of Sisters to each other to share best practices, wisdom, collaborate and share resources." After registering, sisters can seek resources for their ministries by submitting a resource request, and, if accepted, the network will share the request with donors on its website.

Those who register are required to submit a letter from their congregation's president or general superior to confirm the registrant's status as a member of the congregation. Sisters Rising Worldwide is offering sessions for virtual support to those interested in registering at 6 p.m. Central time June 23 or June 29.

In a joint letter June 17, more than 160 Catholic organizations from the United States, Mexico and Central America who work with migrants called on several archbishops and a cardinal to respond to "the cries of our brothers and sisters on the move and respond with bold leadership."

The signatories, which largely included religious congregations and advocacy organizations, wrote that because U.S. President Joe Biden's administration has demonstrated an interest in addressing the root causes of migration, now is "the best opportunity in a generation to make progress on core Catholic migration priorities. We need your pastoral and moral leadership to meet this moment."

"This moment requires a whole Church response that is regional, united, and robust," the letter said, outlining three areas of urgency and opportunity:

Invoking St. Oscar Romero and Jesus, the signatories offer to work with leadership to "lift up the pastoral solidarity and moral witness of the Catholic Church at this critical moment for our region." 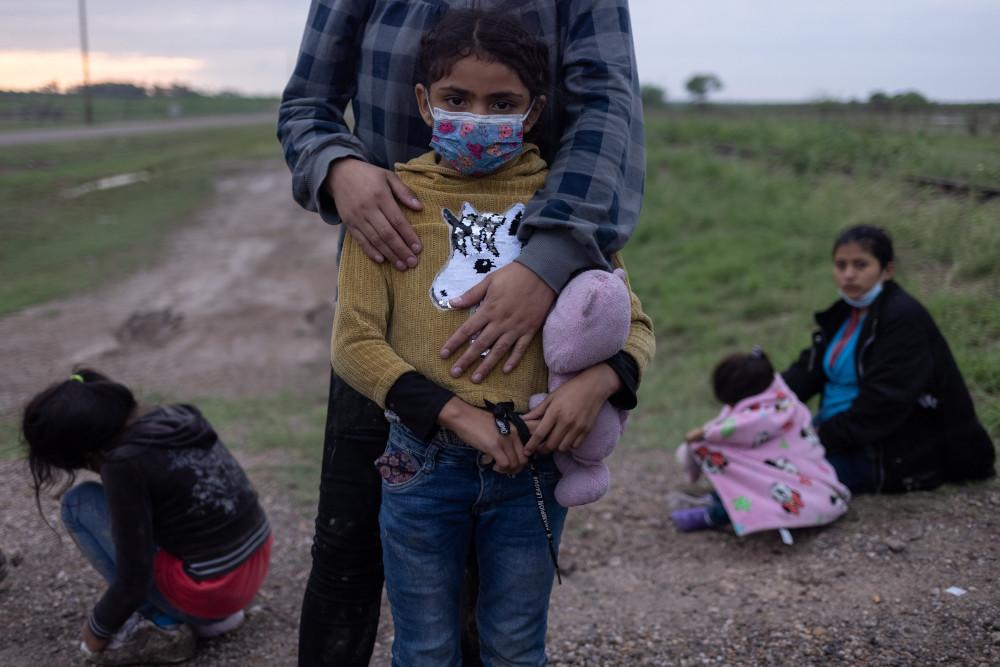 A migrant family from Honduras seeking asylum in the U.S. waits to be transported to a Border Patrol processing facility after crossing the Rio Grande into La Joya, Texas, May 13, 2021. (CNS photo/Reuters/Adrees Latif)

Archivist for Sisters of St. Joseph in Canada wins award

Mary Grace Kosta, congregational archivist for the Sisters of St. Joseph in Canada, is the 2021 recipient of the Sister M. Claude Lane, O.P., Memorial Award. The award, given by the Society of American Archivists in conjunction with the Society of Southwest Archivists, "honors an archivist who has made a significant contribution to the field of religious archives," according to the SAA.

Kosta has spent nine years working as a religious archivist and in that time has grown her congregation's archives, consolidating "four separate archival repositories while implementing new digital tools and technologies that enhanced the management of the archives as well as its outreach to the public," according to a press release. 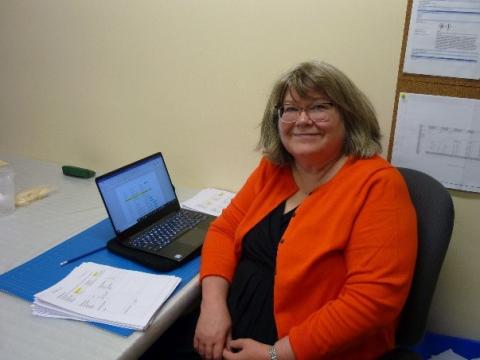 Mary Grace Kosta, congregational archivist for the Sisters of St. Joseph in Canada (Courtesy of the Society of American Archivists)

She's also served in leadership various societies for religious archivists, contributes to related newsletters, and played a large role in the publication of four works related to the Sisters of St. Joseph in Canada. Kosta also developed and shared a policy manual covering 17 aspects of archival administration and a processing manual for archives.

The press release said "Kosta's willingness to share her expertise and knowledge with other religious archivists is but one of her many outstanding qualities" and quoted a supporter of hers who said her leadership in this realm reflects her deep commitment "to excellence in the field of religious archives, in both Canada and the United States."

The award, which was created in 1974, honors Dominican Sr. M. Claude Lane, the first professionally trained archivist at the Catholic Archives of Texas in Austin.

Related: Sisters' archivists are collecting COVID-19 history as it happens

Wine by French monks and nuns comes to the United States

Earth Labora, winemakers specializing in limited-edition wine, is bringing wine to the United States from France's first papal vineyard, where a community of Benedictine monks and nuns have been cultivating Via Caritatis wine from Le Barroux Abbey in Rhone Valley.

Pope Clement V originally planted the vineyard in 1309, but now, Via Caritatis has launched an appeal for the United States to sell 15,000 bottles of wine in June "to help alleviate the negative impact of the COVID-19 pandemic on the livelihood of the abbey's monks and nuns," as well as the local winegrowers who work with them, according to the press release.

Gabriel Teissier, the executive director of Via Caritatis, said the vineyard is offering a special sale on its online store to assist with the appeal and free shipping to the United States for orders over $250.

"I couldn't be more excited helping Earth Labora to bring the wines of Via Caritatis to the United States for the first time," said Patrick Baugier de Chevestre, chairman of Metrowine Distribution, in the press release. He noted that "Via Caritatis" is Latin for "the way of charity — and I think that really characterizes what motivates the winemakers.

"There's a spiritual dimension to their mission that sets them apart. Take the 700-year-old tradition of the papal vineyard, and combine it with cutting-edge organic viticulture methods, and you have some of the finest wine France has to offer."