Monica Lewinsky, social sin and me 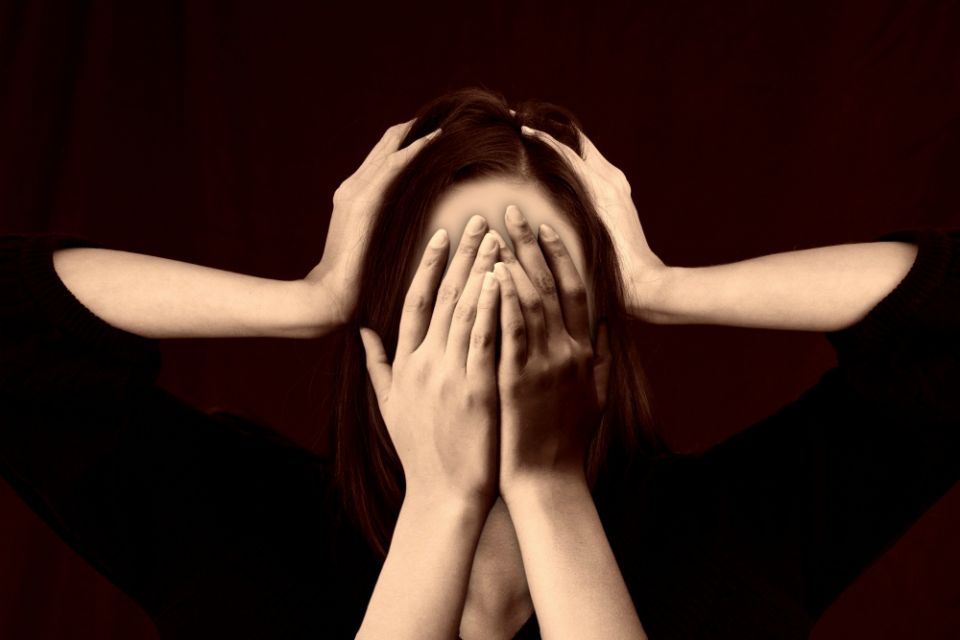 The other day I was perusing my Twitter feed when a tweet by Cam Kasky, survivor of the mass shooting at Marjory Stoneman Douglass High School and co-founder of March for Our Lives, made my heart skip a beat. "Please let this be the most depressed I'll ever be," he wrote. "Nobody should look at themselves the way I look at me."

Knowing what he has been through at such a young age, thrust into the public spotlight through traumatic circumstance, I stopped and said a prayer for him, that he might find peace, love and joy. Then I looked at some of the responses to his raw tweet. One particular response stood out to me: "sending love + a hug ... and I hope you're getting some help."

What I found most significant was who it was from, none other than Monica Lewinsky. Yes, that Monica Lewinsky, she who certainly knows what it's like to be thrust into the public eye by circumstance. I was incredibly touched that she responded to his tweet so compassionately, and I said a quick prayer for her, too.

I don't know Lewinsky, but we both studied at Lewis and Clark College at the same time in the early 1990s. I was apparently at social events which she also attended. Some friends of mine participated in the same mentor/mentee program for inner-city middle school students where Lewinsky also volunteered. That's the extent of our connection — until, that is, hours before her name was splashed across headlines a few years later.

Just as the news story was breaking, reporters were apparently scanning my college yearbook and the Portland, Oregon, phone book (those still existed in the '90s) to cold-call people who might know Monica and wish to comment on or off the record. That day, I checked my home voicemail on a work break and had a message from a producer at "Larry King Live," asking if I had any comments about the situation between Monica and the president.

What you need to know is that my own blood sister is also named Monica and was working for the federal government in Washington, D.C., at the time. I was understandably perplexed until I checked the news and learned which Monica and the situation to which they were referring.

That was the end of it for me, except that I was also contacted by a few other news outlets. For Lewinsky, of course, it was the beginning of a very public journey. The #MeToo movement was not yet a thing, and the social context was such that she was quickly and severely the butt of bad jokes, sketch comedy skits, and much more. She was called horrible names and the trajectory of her life was forever altered, all while the other person involved, who just happened to be married, white, male and in a position of power, was treated very differently.

What does this have to do with social sin? Or me?

All I can tell you is that when I read those two tweets, Kasky's expression of despair — especially knowing how the Parkland students have been harassed and threatened — and Lewinsky's kind response, I felt a huge amount of regret, because for years I used the incident described above as a stock story and humorous anecdote. Whenever someone had not heard of my alma mater, I would mention that Monica Lewinsky is also an alum. If I was feeling socially awkward making a new acquaintance or without a conversation filler at a dinner party, I'd cart out the story of being contacted by "Larry King Live" and U.S. News and World Report.

Harmless, right? Well, in this moment, reading this heartfelt interaction between two human persons who have been bullied and shamed publicly, it didn't feel so harmless.

Social sin is a complex topic. Theologian Kristin Heyer defines social sin as a broad term that "encompasses the unjust structures, distorted consciousness, and collective actions and inaction that facilitate injustice and dehumanization."

While I was not involved in the dehumanizing attacks on or public shaming of Lewinsky, in this post-#MeToo-movement world I am not proud of how many times I've used my miniscule connection to her for personal benefit. In a way, perhaps small, I have been complicit in supporting the very distorted views that led to a social context where countless people, mostly men, have used their power in relationships as composers, pastoral leaders, movie producers, politicians, you name it, to take advantage of women and other vulnerable persons in ways that cause irreparable harm.

I lament my actions, no matter how small, that inadvertently supported, rather than subverted, this distorted reality.

Why did I just figure this out now, in 2020? Well, they do say hindsight is 20/20 after all. But seriously, I think it is the gift of the Spirit that came after reading a public tweet exchange that was raw, real and relational.

"Sin always has a personal as well as a systemic side," wrote theologian Rosemary Radford Ruether in her landmark 1993 book, Sexism and God Talk: Toward a Feminist Theology. "But it is never just 'individual'; there is no evil that is not relational. Sin exists precisely in the distortion of relationality, including relation to oneself."

If sin is always relational, perhaps it makes sense that our most veiled complicit support of structures of systemic sexism, racism, [insert oppression-based "-ism" here] seems to move from the realm of unconscious to conscious only through relational experiences.

Many white Americans have just awakened to the truly harsh reality of police violence against Black and brown people through the personal experience of watching two persons on screen for 8 minutes and 46 seconds, one trying desperately to breathe and the other aiming to stop life-giving breath. Watching this video, in the safety of our own homes, has proven to be a visceral experience that has helped lead to a transformation moment.

Recently, a very good person I know, who also is white, asked somewhat rhetorically if we are supposed to go back to kindergarten and document and atone for every racist thing we may have ever said or done. There was real pain in this question, as well as a decided discomfort and dis-ease.

That's the thing. Transformation moments are not easy. They are messy and uncomfortable. Think of the proverbial caterpillar morphing into a cocoon. There is a lot of goo and shedding of the past. What is most important is what we do after our transformation moments. When we realize how we are programmed with unconscious bias, how do we live out of our conscience in our conscious awakening?

It's not going to be easy, comfortable or something we want to write home about, this inner work. We may feel awkward or not very proud of our past selves. We will make missteps and mistakes along the way.

Let's grow through the transformative goo together. In the words of Monica Lewinsky: "sending love + a hug." We can do this.

Nuns on the Bus 2018: Encounters of a recurrent pilgrim

Theology colloquium brings together Asian 'Women of Wisdom and Action'