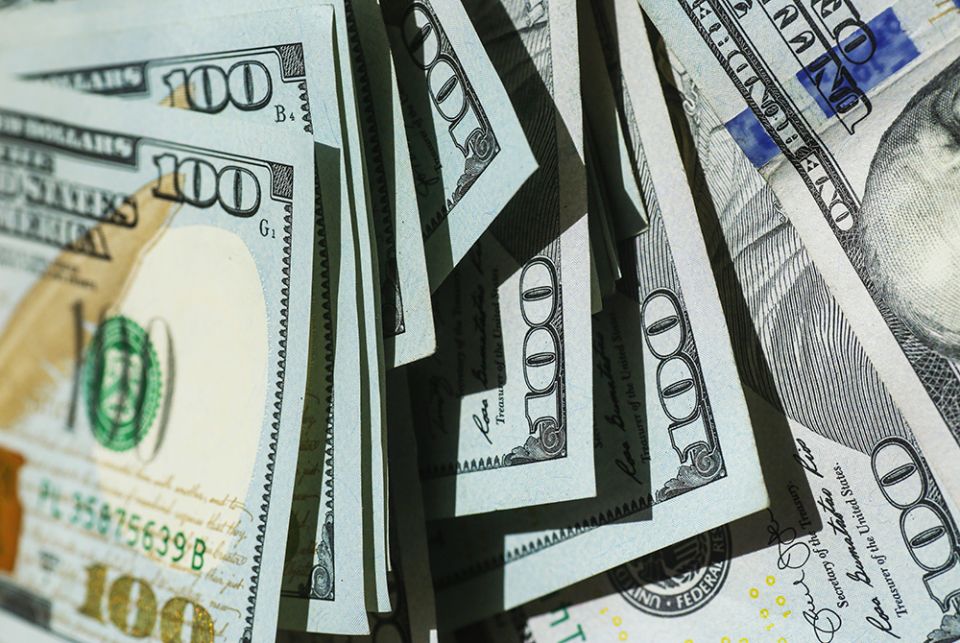 Editor's note: Global Sisters Report's blog, Monday Starter, is a weekly feature from GSR staff writers that rounds up news from or about women religious that you may otherwise have missed.

A year after the launch of Sisters on the Frontlines — a program responding to the immediate needs of communities hurting because of the coronavirus — the initiative is fully funded, with a $1 million grant divided among 1,000 sisters helping individuals and families.

Sisters were asked to share with the Frontlines alliance how they each used their $1,000, so Catholic Extension compiled the videos, stories, letters and photos on its website and social media channels.

"This initiative has provided a powerful example of the prophetic witness of women religious and is a continuation of their long history of solidarity with the poor and vulnerable," Fr. Jack Wall, president of Catholic Extension, said in a press release.

"To know that so many sisters have come together to help make such an impact in the lives of the poor during this most difficult year has been truly humbling," Wall said. "We are indebted to the sisters and all of the alliance members who helped make this program possible."

A celebration of "Laudato Si' Week" (May 16-25) offers webinars and programs intended to actualize the goals of the environmental encyclical. The event is sponsored by the Dicastery for Promoting Integral Human Development and supported by the Global Catholic Climate Movement, with the collaboration of over 150 Catholic organizations.

In addition to the daily events that Laudato Si' Week will put on — including roundtables, an invitation for action, prayers and songs — Sowing Hope for the Planet is hosting a webinar May 20 in which men and women religious who are engaged in promoting Laudato Si' will share their stories and examples of sacred action. 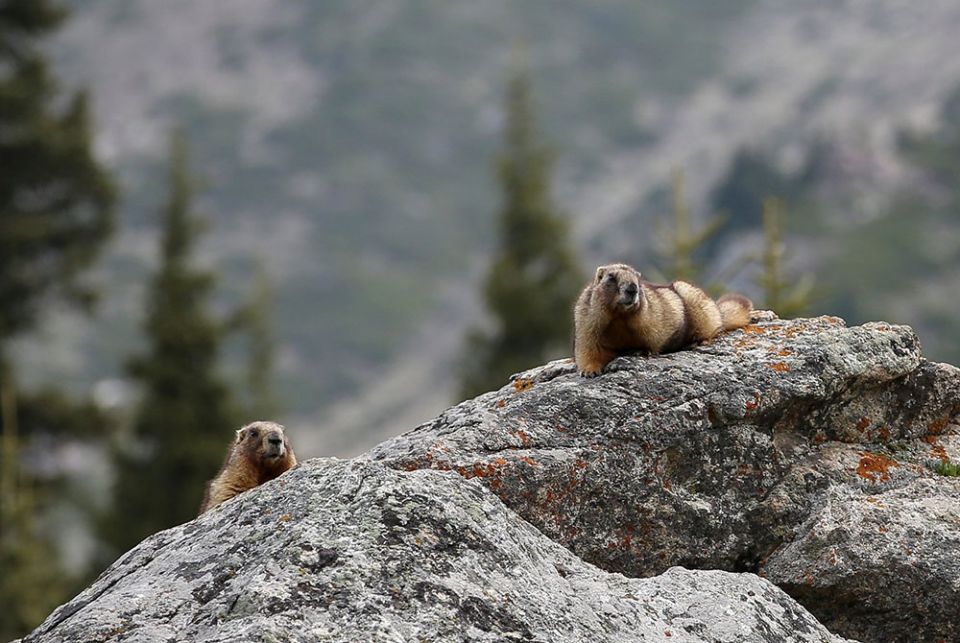 Marmots in Ile-Alatau National Park in the mountains near Almaty, Kazakhstan, on May 22, 2020. All life is "a gift from the outstretched hand of the Father of all," Pope Francis writes in the encyclical, "Laudato Si', on Care for our Common Home." (CNS/Reuters/Pavel Mikheyev)

Solidarity with Seafarers Campaign launches May 22, National Day of Prayer for Mariners

With more than 400,000 seafarers restricted from leaving their ships during the coronavirus pandemic, the Coalition of Catholic Organizations Against Human Trafficking is launching a campaign to raise awareness of the dangers and human rights abuses that many of these workers have experienced the past year.

The Solidarity with Seafarers Campaign launches May 22, the National Day of Prayer and Remembrance for Mariners and People of the Sea, and will run through June 25, the Day of the Seafarer.

The coalition joins Catholics around the world in praying for seafarers while encouraging governments to designate this group as essential workers — their labor is responsible for bringing 90% of raw materials, food, medicine and products to U.S. ports — and prioritizing their vaccination.

Those interested in supporting the campaign, in addition to joining in prayer May 22, can sign a petition urging Walmart to sign the Neptune Declaration on Seafarer Wellbeing and Crew Change and can access bulletin inserts, social media materials and more background information here.

US scientists, Catholic leaders call on Biden 'to work for a world free of the nuclear threat'

In a May 12 statement, scientists joined Catholic leaders in calling on U.S. President Joe Biden to "reduce the nuclear threat as our nation works with others for a world without nuclear weapons." 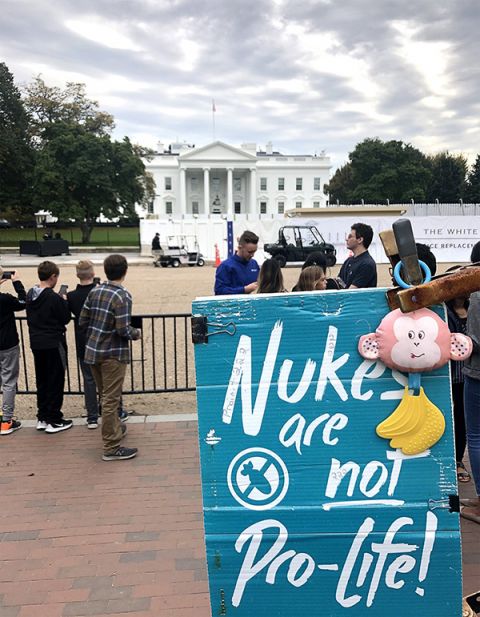 A sign denouncing nuclear weapons near the White House in Washington on Oct. 25, 2019 (CNS/Tyler Orsburn)

As the scientists point to evidence around the humanitarian and ecological consequences resulting from nuclear weapons — from testing, production, bombs, war and spending — Catholic social thought brings to the fore the "indiscriminate harm" of the nuclear arms race.

"Together we affirm President Biden's extension of the New START Treaty with Russia as a solid first step," the statement said. "We pledge our support for additional steps to reform U.S. nuclear weapons policy, reduce nuclear dangers, and reaffirm a U.S. commitment to pursue a world free of the nuclear threat."

The group also lists a number of requests for the administration to consider and adopt, including a declaration that the United States will never use nuclear weapons first, work with Russia and other nations to reduce nuclear arsenals, redirect spending from new nuclear weapons and programs to other needs regarding human security, and agree to or ratify a number of related treaties.

Among the Catholic leaders who signed the statement are Marie Dennis, senior adviser to the secretary general of Pax Christi International; Adrian Dominican Sr. Elise García, president of the Leadership Conference of Women Religious; and Susan Gunn, director of Maryknoll Office for Global Concerns.

The Vatican's Migrants and Refugees Section developed a communications campaign for the months leading up to the World Day of Migrants and Refugees, Sept. 26. Pope Francis chose the theme "Towards an Ever Wider 'We,' " an echo to his words in Fratelli Tutti: "We will think no longer in terms of 'them' and 'those,' but only 'us.' "

The International Union of Superiors General encourages all congregations to join the initiative by publishing and reflecting on the videos, multimedia material, and reflections that the communications campaign will share by the pope, theologians and experts.

Video and material from the first month of the campaign are free and available here. Ahead of Sept. 26, "the Migrants and Refugees Section is happy to receive written or multimedia stories, videos and photographs from local churches and other Catholic institutions whose pastoral care demonstrates their shared commitment" to the theme, "Towards an Ever Wider 'We,' " UISG said in a press release. Materials can be sent to media@migrants-refugees.va. 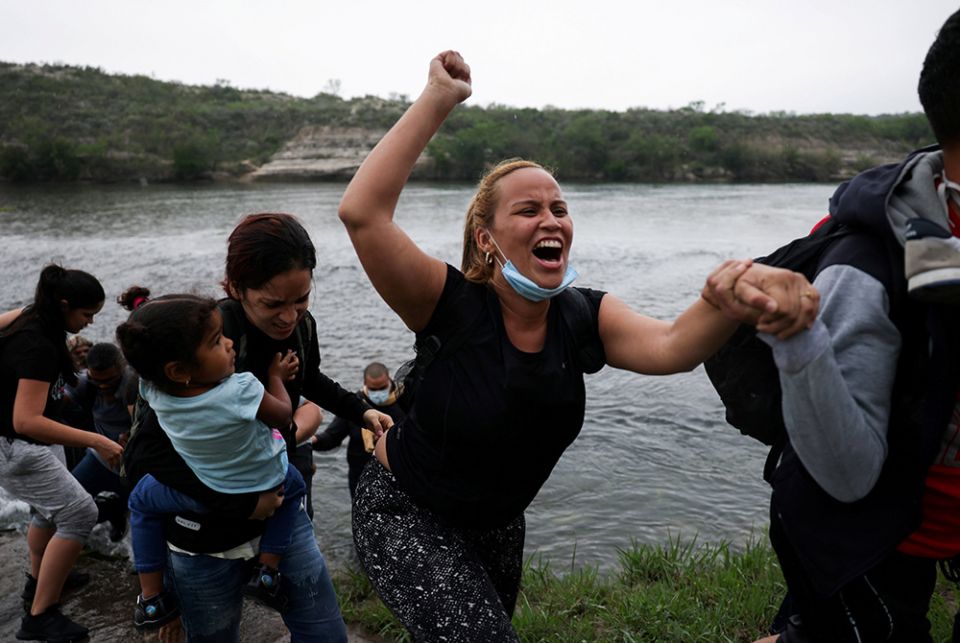 Migrants from Venezuela cross the Rio Grande into Del Rio, Texas, on May 11. (CNS/Reuters/James Breeden)

In conversation with Global Sisters Report, two members of the Nuns and Nones movement will share their experiences and reflections over the last four years of participating in the interfaith, intergenerational alliance between Catholic sisters and spiritually diverse millennials. The online event is free to the public and will be at 3 p.m. Eastern time on Tuesday, May 18.

Immaculate Heart of Mary Sr. Annmarie Sanders, the director of communications for LCWR, will speak alongside 32-year-old Brittany Koteles, who serves on the leadership team of Nuns and Nones. Both have been involved in the movement since its beginnings in late 2016, when the movement was still a close-knit community of informal group conversations. Now engaging hundreds of participants across the country in dialogue that explores contemplation, community and social action, the Nuns and Nones movement and its guiding conversational themes have proven prescient and relevant throughout the pandemic. 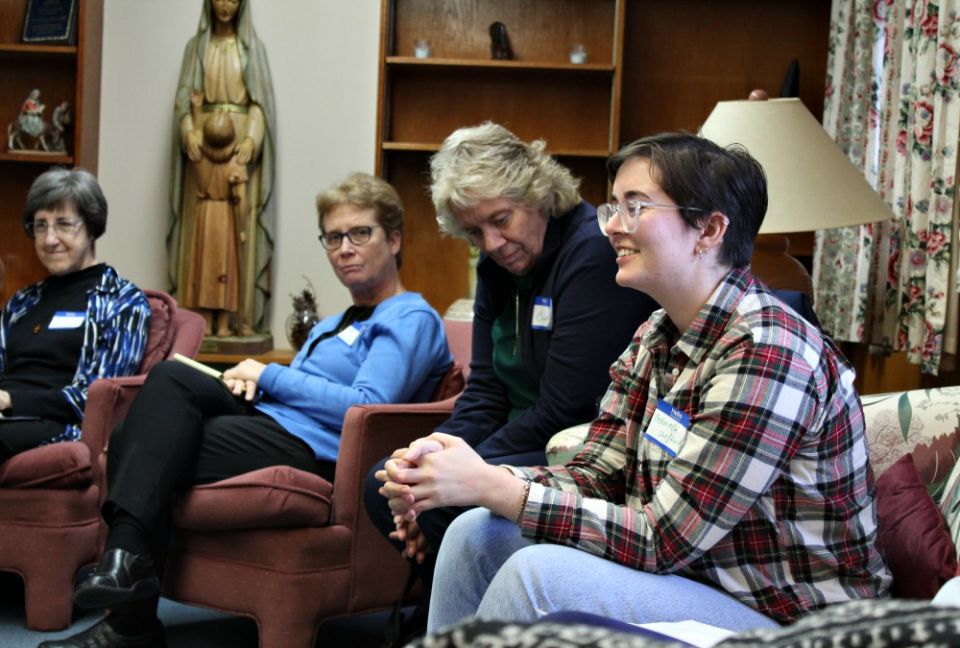 The sisters of the Congrégation de Notre-Dame of Montreal are hosting a free event via Zoom on May 20 to engage young adults "who want to grow deeper in their faith and meet like-minded people," according to an invitation open to the public.

The event, "Stir," is intended for anyone "seeking to deepen their relationship with Christ and the Holy Spirit," and anyone who may benefit from the joint prayer and socializing. Those who register here will be sent the Zoom link; additional questions can be sent to stir@cnd-m.org.

Ethical quandary looms on eve of US military withdrawal from Afghanistan