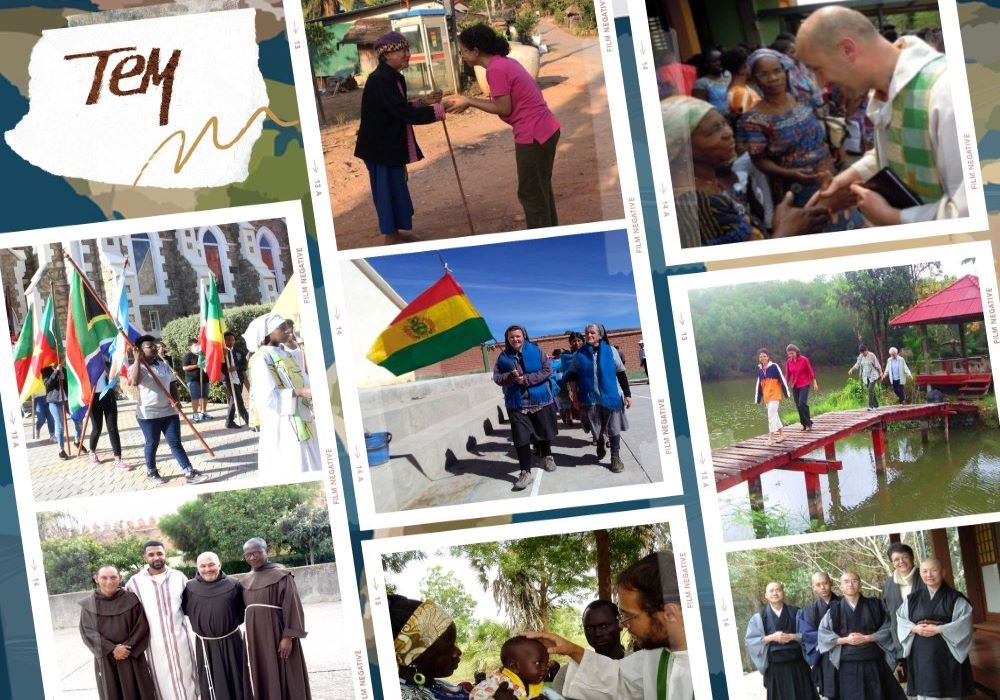 Terra e Missione, a new association founded for "a missionary collaboration and integral ecology," plans to tap into a network of news, projects and stories to support the ongoing mission of caring and protecting creation, according to a press release. Its new website launched Feb. 20.

Two sisters are among the eight founding members of Terra e Missione: Sr. Claudia Jiménez, a Sister of Charity of Good and Perpetual Succour, and Sr. Maria Rosa Venturellim, a Sister of Mount Calvary. The group's headquarters is at the house of the Sisters of Charity of Our Lady of Perpetual Help in Rome.

The association, which is a continuation of an online magazine of the same name, aims to work with various missionary institutions "to foster formation, awareness, and advocacy, to share experiences and build bridges of fraternity," continuing the "synodal invitation to 'walk together' as a church," the press release said.

Religious congregations are among the 12 institutions that accepted the challenge to "walk together" by contributing to the magazine's section on spirituality:

The men's organizations include Minor Friars, the Jesuits, the Combonian Missionaries, and the Society for the African Missions.

Collaborative initiatives will take place in the coming months, including the "Via Lucis itinerante" in August, in which young people will travel 14 steps in 14 towns to explore solidarity, the Gospel and technology. 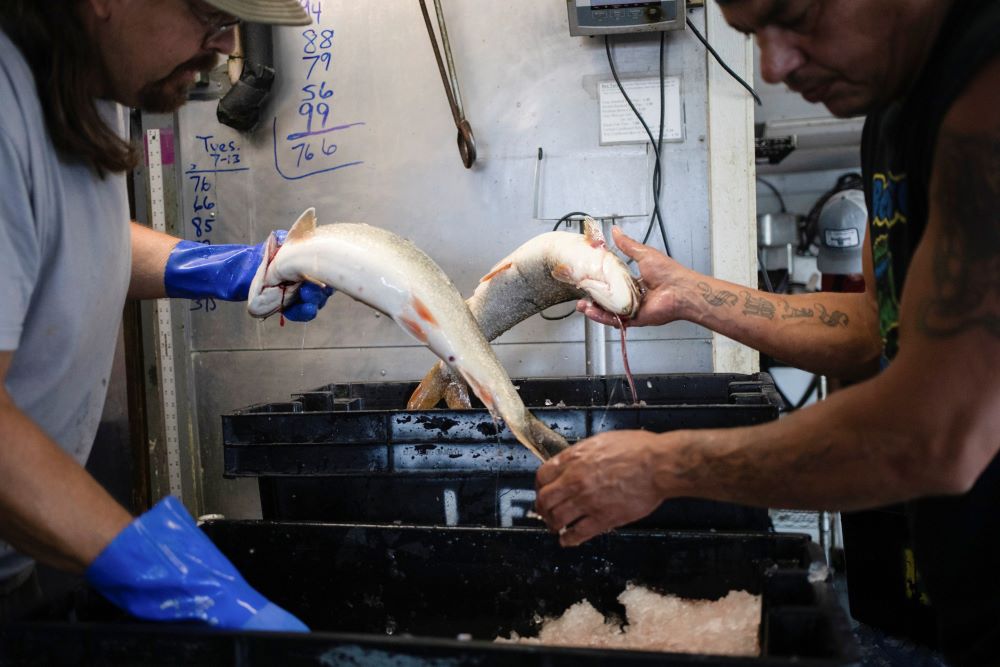 Fishermen weigh out different fish from a fresh batch July 14, 2021, at a fishery in Leland, Michigan. (CNS/Reuters/Emily Elconin)

The connection between seafood and modern slavery

With Catholics increasing their consumption of fish during Lent, sisters involved in anti-trafficking work aim to educate consumers about the connection between the fish they eat and the abuse and human rights violations fishermen sometimes suffer.

An upcoming webinar — "Freedom for Fisherman: The Truth about your Lenten Fish"—will shed a light on just that, led by Martha Mendoza, a two-time Pulitzer Prize-winning journalist for the Associated Press. Mendoza and her reporting team's investigation into the Thai seafood business eventually freed 2,000 men who had been enslaved in the industry, "in some cases for decades, whipped with stingray tails if they asked for rest, risking murder by captains if they failed to please," according to the webinar description.

In her presentation, Mendoza will lift the curtain on her team's reporting process that led to the jailing of dozens of people, new legislation, and an appreciation for the connection between food consumption and modern slavery. 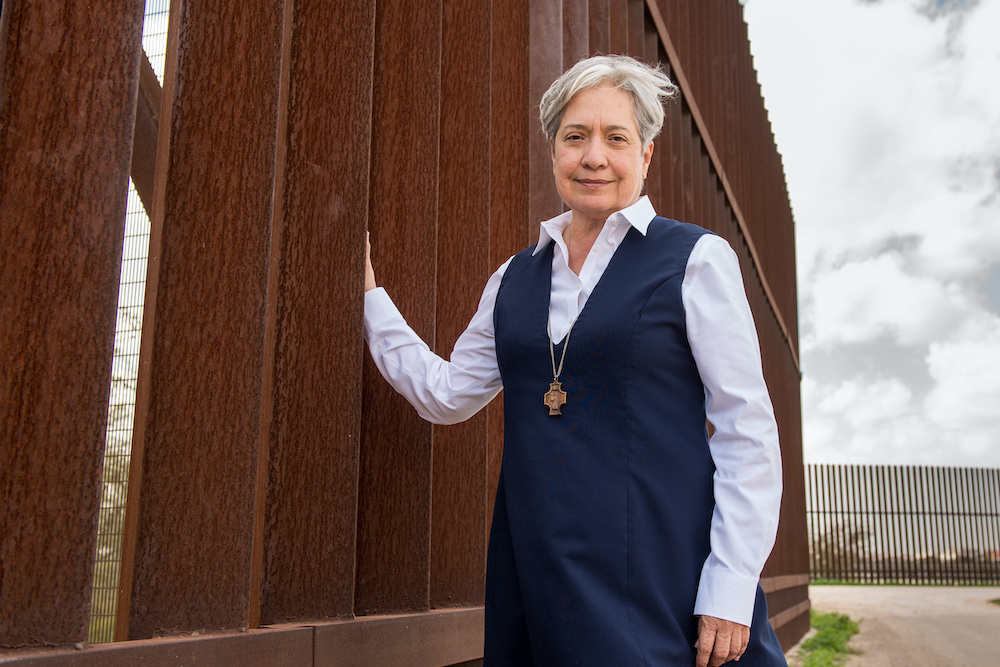 Sr. Norma Pimentel, a member of the Missionaries of Jesus, along a border wall between Texas and Mexico in late February 2018. (CNS/Courtesy of the University of Notre Dame/Barbara Johnston)

The General Council of the Adrian Dominican Sisters released a statement in defense of the Catholic Charities agency of the Rio Grande Valley, Texas, which conservative groups accuse of coordinating with the Biden administration to foment chaos at the border for profit 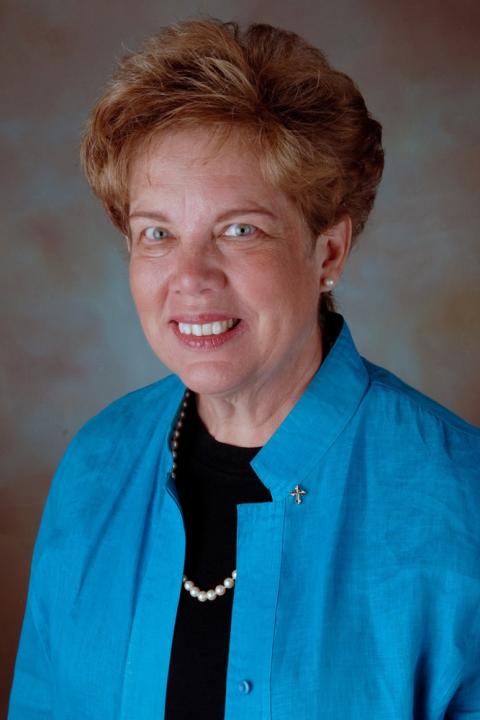 The sisters' Feb. 17 statement, which called the work on the border "humanitarian, Gospel-based ministry," said they are "deeply troubled by the vitriolic attacks" against the Brownsville agency, where Missionary of Jesus Sr. Norma Pimentel is the executive director of its Humanitarian Respite Center.

The Adrian Dominicans, based in Michigan, note that the recipients of the "harsh attacks" include Dominican Sr. Donna Markham, president and CEO of Catholic Charities USA, as well as Pimentel.

"We are honored to stand in solidarity with our Sisters Donna and Norma and all the people with whom and to whom they minister with such compassionate care out of faithfulness to our Catholic faith and Judeo-Christian tradition," the council wrote.

"We pray for an end to the mean spiritedness that seems to have gripped so many in our nation and for a softening of hearts that will permit us all to enter into honest encounters, as sisters and brothers created in the image and likeness of God (Genesis 1:27), seeking understanding and respectful engagement with one another."