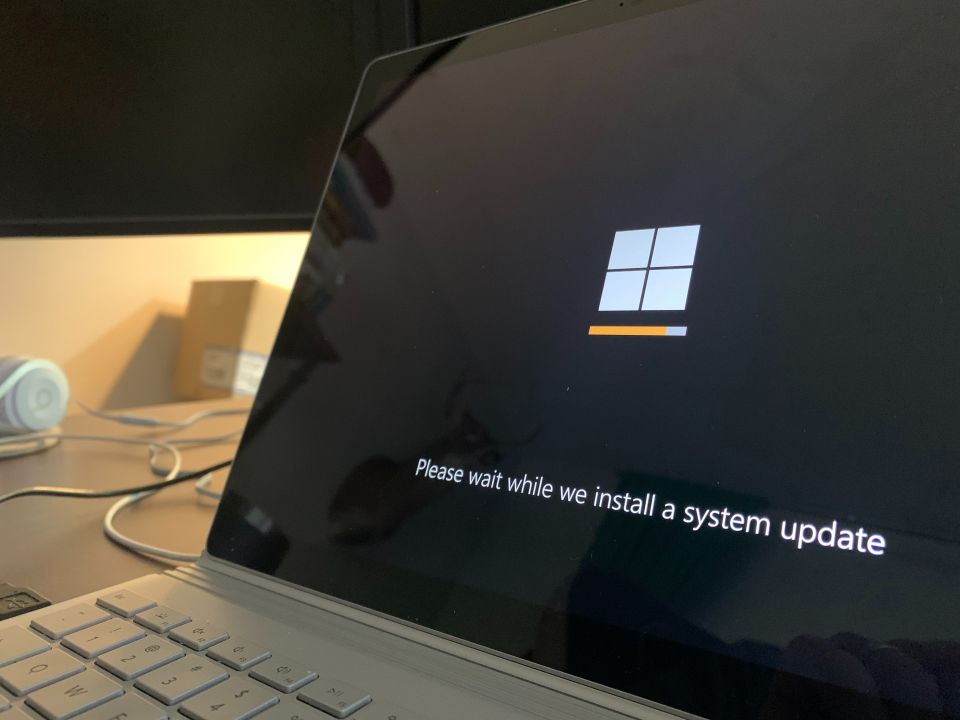 (Unsplash/Clint Patterson)
Editor's note: Global Sisters Report's Monday Starter is a weekly feature from GSR staff writers that rounds up news from or about women religious that you may otherwise have missed.

The Sisters of St. Joseph of Peace are taking on a tech giant, leading a group of Microsoft investors to hold the firm's lobbyists accountable on policies related to racial justice, human rights and privacy.

The campaign had its eye on Microsoft's Nov. 30 shareholder meeting, when investors would vote on the proposals, including a call for Microsoft to cease sales of facial recognition to government entities, reported The Next Web.

"As shareholders, as tech workers, as campaigners for justice, we can and must hold these companies accountable," she said in a campaign video. "New innovation should support human dignity and a fair and just society, not magnify division and discrimination."

Microsoft pledged to restrict the sale of facial recognition technology to police, in response to last year's many racial justice protests, but never mentioned sales to clients such as Immigration and Customs Enforcement or authoritarian regimes.

"Despite what it says publicly, Microsoft is spending its $9.5 million annual lobbying budget on fighting a bill that would ban discriminatory facial recognition," Francois told The Next Web. "In fact, it lobbies states to pass laws that would increase police use of dangerous surveillance tech."

The proposals, however, were rejected, with 38% of shareholders supporting the sisters' proposal for lobbying activities to align with corporate commitments on justice and privacy.

Virtual pilgrimages to 4 US rivers to explore social justice issues

Four upcoming virtual pilgrimages will take participants to major rivers in the United States, in an opportunity to hear firsthand from those who are ministering to the region's residents most impacted by a handful of society's most pressing issues.

The four-part 'Rivers of Hope" series is organized in collaboration with the Leadership Conference of Women Religious, the Associación de Hermanas Latinas Misioneras en America, the Conference of Major Superiors of Men, the Mexican American Catholic College and the Religious Brothers Conference.

Each visit will last 90 minutes, with opportunities for prayer and small group conversations following the presentations, and all will begin at 7 p.m. Eastern time.

Click here to register and receive the Zoom link.

A collaboration with U.S. Catholic sisters to invest their property holdings in land stewardship and reparation practices, the Nuns & Nones Land Justice Project has been awarded the 2021 J.M.K. Innovation Prize. The award recognizes 10 transformative, early-stage projects in the fields of social justice, the environment and heritage conservation, granting $175,000 over three years to its awardees as well as a collaborative to support the project.

The prize seeks mission-drive pilot projects that take on risk and social innovation in the hopes of creating large-scale, transformative results.

"Nuns & Nones offers a potentially game-changing answer in a category of critical need," Amy Freitag, executive director of The J.M. Kaplan Fund, said in a press release. "Like their fellow J.M.K. Innovation Prize awardees, they're building collective power that promises to reshape communities in more just and equitable ways. We can't wait to see how their pathbreaking ideas develop."

The Nuns & Nones Land Justice Project was selected from 2,826 applications. The project helps religious communities find creative ways to engage new stewards as a form of reparations for Black and Indigenous people — historically denied access to land — as well as technical assistance so that sisters can invest their assets by prioritizing land regeneration, such as sustainable farming.

"Moving land stewardship into regenerative purposes will enable sisters to transfer thousands of acres into the climate justice movement, while supporting the marginalized communities and ecological repair that they’ve been fighting for across decades," said Brittany Koteles, Nuns & Nones director, in a press release.

"Equipping them to rethink their asset planning isn't only life-giving to their values; it's a powerful seed to plant within their tradition," she added, a shift that also intends to heal those affected by the extractive economy.