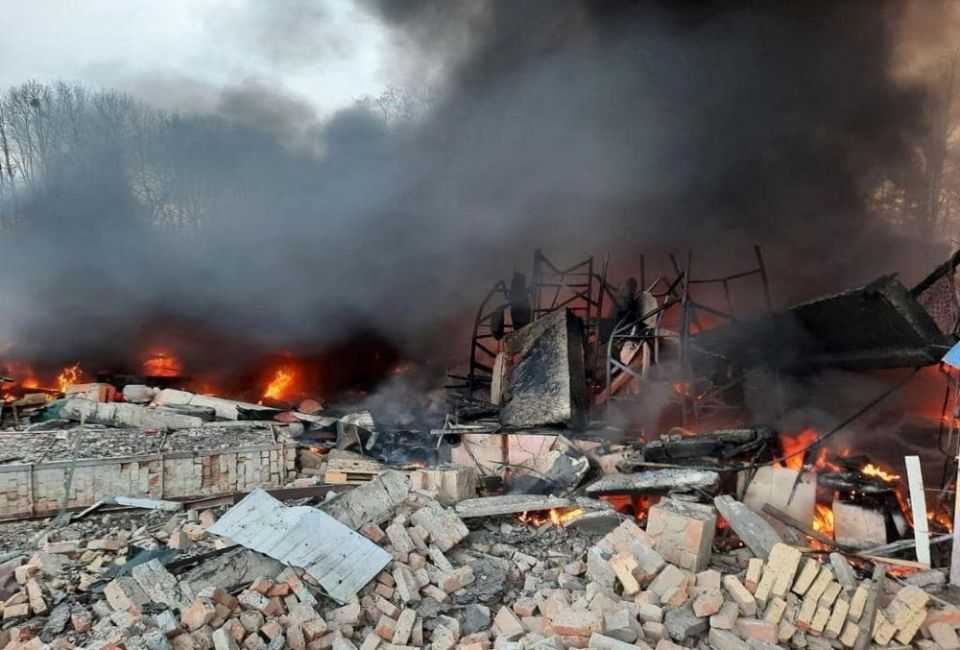 A view shows the Ukrainian State Border Guard Service site damaged by shelling near Kyiv, Ukraine, Feb. 24. (CNS/Reuters/Courtesy of the press service of the Ukrainian State Border Guard Service)
Editor's note: Global Sisters Report's Monday Starter is a weekly feature from GSR staff writers that rounds up news from or about women religious that you may otherwise have missed.

In response to Russian President Vladimir Putin's Feb. 24 invasion of Ukraine — bombing the capital, Kyiv, and other cities, at the risk of instigating a world war — sisters join calls to pray for the people of Ukraine and peace.

The Sisters of the Order of St. Basil the Great, which has a community in Ukraine, express "deep sorrow" in a statement released Feb. 24, saying, "This illegal, unprovoked invasion is a terrible violation of human rights and threatens to lead to unfathomable bloodshed and prolonged conflict."

Standing in solidarity with those in Ukraine, the congregation calls on all people to support Ukraine through prayer, donations, volunteering or any capacity available to them.

"We call upon our government to support the freedom of the Ukrainian people with whatever means are available and necessary," they wrote.

Related: 'We are afraid, but we are also strong': Stunned sisters worldwide watch as Russia invades Ukraine

In a Feb. 24 statement, the Sisters of Mercy "urge political leaders to work to end hostilities and prioritize multilateral diplomatic actions," given that consequences of escalating to war would include death, forced migration, environmental destruction, and the potential use of nuclear weapons.

"For far too long, political leaders have relied on militarized responses to conflict; it is time to commit to the serious pursuit of new models that prioritize diplomacy, dialogue, and global cooperation. We must no longer respond with military force and focus instead on the underlying causes of these crises."

All acts of violence are wrong & can never be justified. We must always look for solutions that bring peace. May God be with the people of Ukraine.

US sisters support a Black woman on Supreme Court 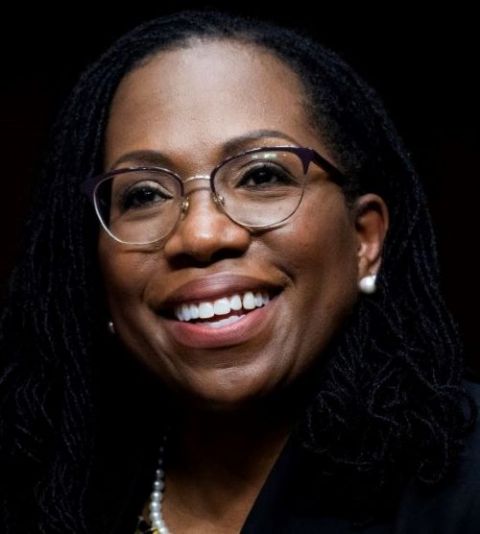 On Feb. 25, Biden nominated Judge Ketanji Brown Jackson, a 51-year-old Black woman who Biden appointed to the U.S. Court of Appeals for the District of Columbia Circuit last summer. If the liberal-leaning judge is confirmed, she would not change the ideological balance of the nine Supreme Court seats, though all three justices appointed by Democratic presidents would be women.

Because the court is the "final arbiter" of the country's laws, the sisters said in their statement that "it is imperative that the Court reflect the diversity of our country in order to act in a fully informed, deliberate way and arrive at sound decisions."

Biden's campaign promise, which he first made during a 2020 Democratic primary presidential debate, and his appointment of eight Black women to federal appeals courts out of 16 open seats have also been met with criticism. Critics, including conservative senators and a majority of Americans, have said Biden should consider all qualified nominees regardless of race or gender; others sowed doubt about the then-unnamed nominee's qualifications.

In their joint statement, Network, the National Black Sisters' Conference and LCWR "vigorously reject the comments of those who have already questioned the future nominee's qualifications," stating the pushback is "racist and sexist."

"In this moment, the signs of the times cry out for us to build the beloved community here on Earth," the statement concludes. "Every person, no matter their race, origin, religion, or immigration status, has God-given dignity and deserves to be heard at the ballot box and respected in their home, workplace, and community. In faith, we will keep working to create a truly representative and inclusive multi-racial democracy."

Inspired by Pope Francis' encyclical "Laudato Si', on Care for Our Common Home," a Dominican Sister of Grand Rapids, Michigan, created a series of short videos that explore the basic themes, principles and values of the 2015 document.

Last year, Sr. Mary Catherine Fodrocy wanted to introduce her parish group to the "important messages" outlined in Laudato Si' and to "offer up ideas and exercises in smaller, meaningful bites," she said in a press release.

In the series, "Our Common Home & One Human Family," Fodrocy hopes to educate people beyond her small parish group. She was inspired by Section 211 of the encyclical: "There is a nobility in the duty to care for creation through little daily actions, and it is wonderful how education can bring about real changes in lifestyle."

Fodrocy said she hopes this series of 12 videos — each about five minutes long — will be "a stepping stone to understand the call to actions presented by the Laudato Si' Action Platform," she said in the press release. In its development, she sought to incorporate the Dominican pillars of prayer, study, community and service.

"We need a paradigm shift," which requires "conversion of mind and heart that involve changes of attitudes, values, reordering priorities, and finding new ways of doing things," she continued. "This is accomplished by working together with groups and individuals to bring about global environmental and social change for the good of all. I believe that together we can change ways of thinking and doing." She said the video series can be an orienting path for this "long, difficult, yet hopeful journey of change and transformation."

Dominican Sisters invite all to celebrate Catholic Sisters Week — March 8 to 14 — by engaging in the series, which can be found on YouTube.