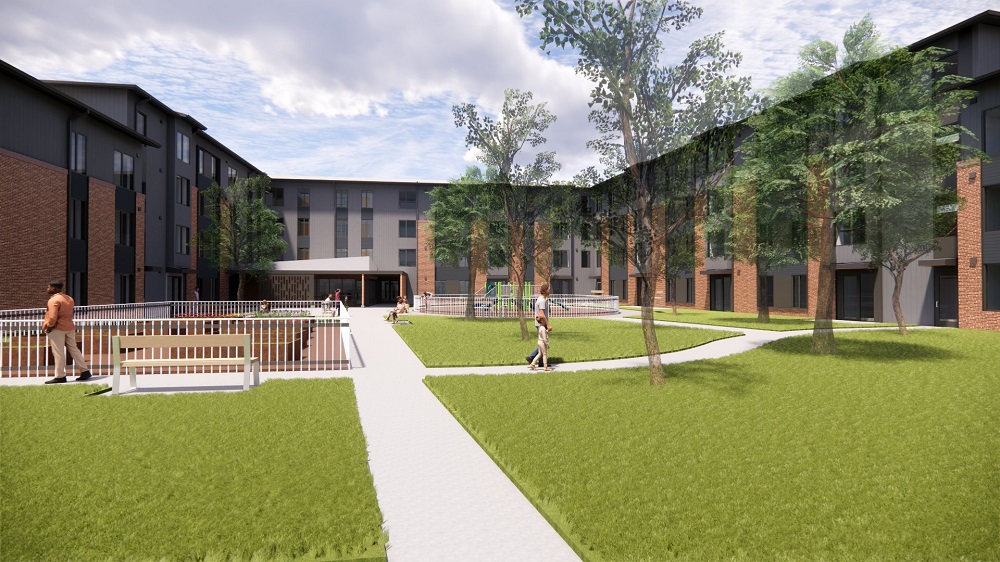 This architectural rendering shows a 100-unit apartment building to be developed on the east side of the former Marylhurst University campus in Lake Oswego, Oregon. it will sit on the site of two old dormitories and will be for residents with modest incomes. (CNS/Catholic Sentinel/Courtesy of Carleton Hart Architecture) 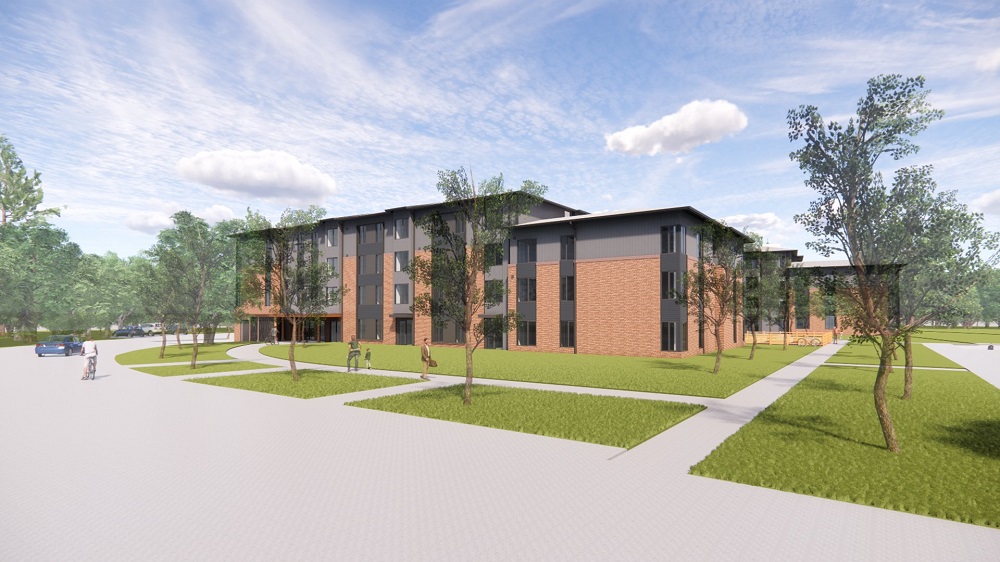 This architectural rendering shows a 100-unit apartment building to be developed on the east side of the former Marylhurst University campus in Lake Oswego, Oregon. it will sit on the site of two old dormitories and will be for residents with modest incomes. (CNS/Catholic Sentinel/Courtesy of Carleton Hart Architecture)

In a project led by the Sisters of the Holy Names of Jesus and Mary, regular working folks will have dwellings they can afford in one of Oregon's highest rent districts by fall 2023.

The sisters have joined developer Mercy Housing Northwest on plans for 100 units of housing on Marylhurst Commons. That's the name the sisters gave the former campus of Marylhurst University, which closed in 2018 after the nuns founded it 125 years ago.

The sisters' property, just south of Portland within the city of Lake Oswego, already is home to Mary's Woods, a retirement community with 600 residents.

The new apartment building is slated for groundbreaking in June.

Sr. Mary Rita Rohde, a member of the leadership team for the Holy Names U.S.-Ontario province, said the sisters want to maintain open spaces on the commons, preserve historical buildings, be good neighbors, respect the environment and address unmet needs in Lake Oswego.

Housing that workers can afford rose to the top of aspirations for the land in meetings with sisters, Mary's Woods residents and neighbors.

Families renting the new apartments are likely to be in the low- to mid-range annual income category for the region, earning between $45,000 and $65,000. Most two-bedroom apartments in Lake Oswego require earnings near the top of that scale.

Many people employed in the service industry in Lake Oswego live 30 minutes or farther away to be able to afford rents. That adds to traffic and carbon emission problems, Morgan-Cross told the Catholic Sentinel, newspaper of the Archdiocese of Portland. By fall 2023, Mary's Woods employees may be able to walk across campus for work.

This is the first Oregon project for nonprofit developer Mercy Housing Northwest, which owns and operates 54 affordable housing properties in Washington state and Idaho. The Seattle-based organization was founded almost 30 years ago by women religious, including the Holy Names Sisters.

In June, Mercy Housing Northwest received $4.25 million in funding for the Marylhurst Commons project from the Oregon Housing and Community Service office.

"A safe and nurturing environment is what we are going for," said Joe Thompson, president of the development company.

Thompson added that the organization stays with buildings and residents long term, offering not only property management but help like classes on health, tutoring for children and financial stability training. Children can take cooking classes and learn to garden.

The U-shaped building will go up where crews will raze several dormitories. At the direction of the Holy Names sisters, developers are aiming for an environmentally sustainable design that uses building features to save energy. There may be solar panels.

Most neighbors seem to support the building project but have asked about public safety, traffic and parking. The sisters said there is no plan for more housing on the campus.

The Holy Names women, who arrived in Oregon in the 1850s, have played an important role in state history. A century ago, they were chief plaintiffs in a successful lawsuit against a bigoted attempt by voters to shut down Catholic schools.