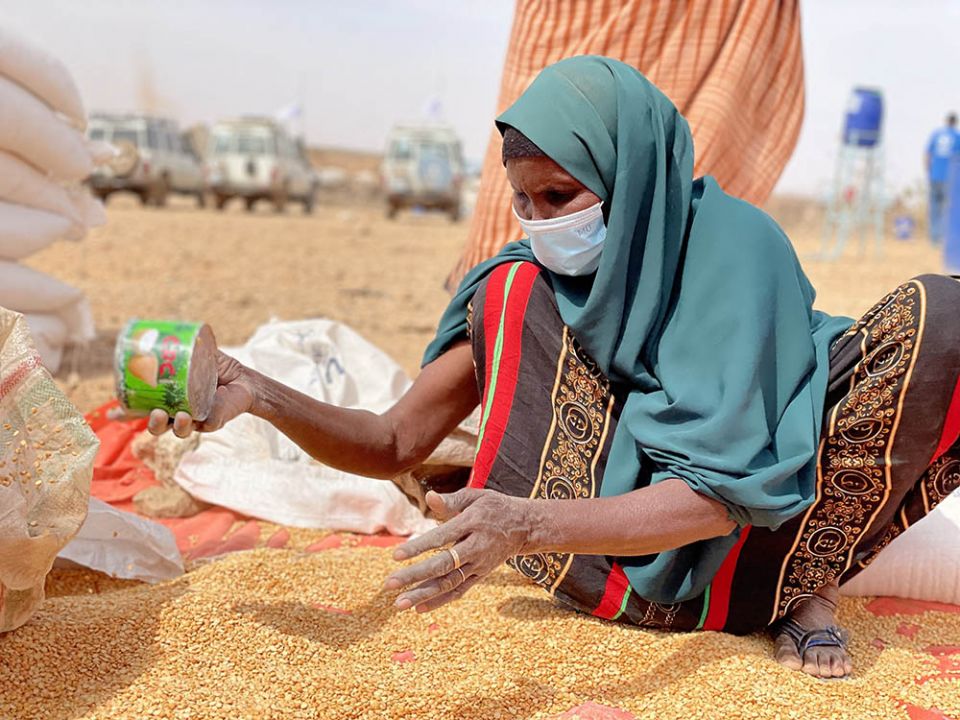 A woman collects grain Jan. 22 at a camp for internally displaced people in Adadle in the Somali Region of Ethiopia. (CNS/Reuters/Courtesy of the World Food Program/Claire Nevill)

In an issue of import to sisters and the wider church, Baltimore-based Catholic Relief Services has warned that the war in Ukraine is having serious effects on global hunger.

"After decades of progress, global hunger has steadily risen for seven consecutive years. The 'three Cs' — conflict, climate change and COVID-19 — are exacerbating chronic and severe food insecurity for people living in highly vulnerable and fragile contexts," O'Keefe said April 6 in prepared remarks before the House Subcommittee on Livestock and Foreign Agriculture. "We at CRS are not the hyperbolic types, but we are extremely concerned."

O'Keefe told the panel that the Ukraine conflict "is having an undeniable impact on the state of global food security within Ukraine and around the world."

Noting that Ukraine is a top exporter of wheat and sunflower oil, "accounting for 40% and 60% of the global supply, respectively," O'Keefe said that countries in north and east Africa and the Middle East "are already feeling the effects of food price spikes and global supply shortages."

He noted that the global supply of fertilizer has "taken a massive hit" because Russia, which has been hit with global sanctions over its invasion of Ukraine, is the lead global supplier of potash, ammonia and other soil nutrients.

"Countries on the brink of famine, like South Sudan, Yemen and in the Horn of Africa, are particularly vulnerable to the worsening impacts of the ongoing war in Ukraine, with an unfortunate likelihood of new hotspots arising in places like Lebanon, Egypt, and Jordan," he said.

"While there is great uncertainty as to how significantly food prices and availability will be impacted over the next four to six months, it is clear that the worst is yet to come."

As the world grapples with the fallout of war in Ukraine, the international aid and development agency of the Sisters of Charity of St. Jeanne Antide Thouret is marking a decade of work that includes a focus on countries either coping with war or recovering from armed conflict.

The work of the Rome-based Thouret Foundation, inspired by the congregation's charism and missionary tradition, focuses on education and social development projects in Syria, Lebanon, Ethiopia, the Central African Republic, Chad and other countries.

The foundation "has guaranteed the right to education for many children and young people, enabling them to take their future in their hands, and become men and women able to influence also the political choices of the incoming future," Sr. Maria Rosa Muscarella said in a recent statement. 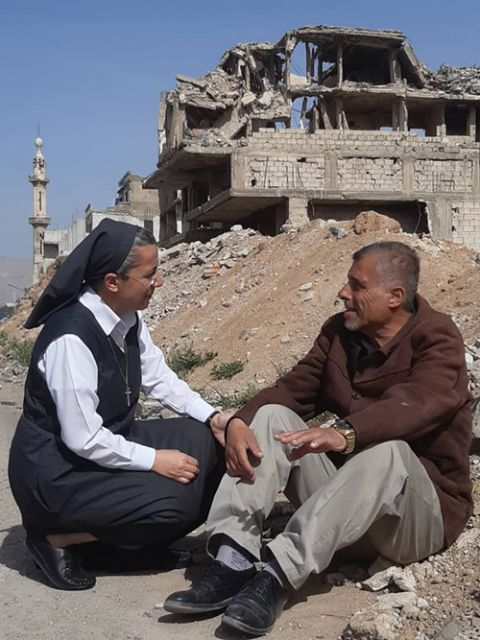 The foundation was created as a way to continue the humanitarian and mission work of the Sisters of Charity congregation, which was founded in Besançon, France, in 1799.

"The foundation is the operative arm of the congregation which places itself at the service of the poorest, with the aim of promoting the human person," Sr. Maria Luisa Caruso, foundation coordinator, told Vatican News.

The foundation works in 30 countries on four continents. While its work encompasses assistance to all people, it is focused in particular on education and social programs helping women and girls.

"The approach chosen is woman-centered, because women are the driving force behind everything and the soul of the family," Muscarella said.

One such project is the Jeanne Antide Center in Sarh, Chad, a shelter for vulnerable girls. There, the young women complete their schooling and are provided job training. Programming in Chad, Caruso said, also has a service component.

"These young women, in turn, help the sisters in their service, in another center that welcomes street children. In this way they not only receive a traditional school education, but are also trained to serve other people," Caruso told Vatican News.

With the world's attention focused on Ukraine, the foundation believes it is important to work in places where armed conflicts continue, such as in Syria or the Tigray region in Ethiopia.

"No one speaks about these conflicts anymore, but the situation there is still dramatic and despite the risks our sisters have decided to stay not to deceive the people who see in them a sign of hope," Caruso said.

Update, April 20: The conferral of Sr. Clare Condon’s honorary doctorate has been postponed because Condon is isolating after contact with someone who tested positive for COVID-19. The ceremony will be rescheduled, Australian Catholic University said.

An Australian Good Samaritan sister says that the honorary doctorate she will receive April 20 from Australian Catholic University is a tribute to all women religious in the country.

"I'm proud to be part of a broad group of women that still serve their people and the church in so many ways that are not always seen or acknowledged," said Sr. Clare Condon, a member of the Sisters of the Good Samaritan of the Order of St. Benedict. "I accept it on behalf of all of them." 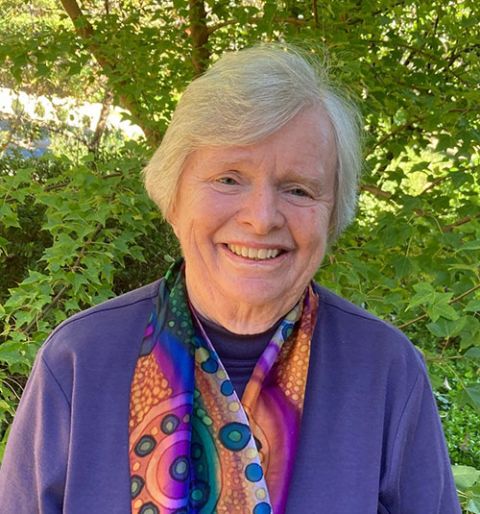 Sr. Clare Condon of the Sisters of the Good Samaritan of the Order of St. Benedict (Courtesy of Australian Catholic University/Clare Condon)

Condon, the former leader of the congregation, will receive an honorary degree of Doctor of the University from the Canberra-based institution.

"I think women religious in this country do enormous amount of compassionate support work on the ground with people in advocacy for those most in need and particularly, their work with asylum seekers and refugees," Condon said in a statement released by the university.

"Women in their older years also do visitation in parish supporting other elderly people who might be battling with loneliness," Condon said.

The honorary degree coincides with the 50th anniversary of Condon's first profession of vows, the university said.

Condon, a native of Jamberoo, New South Wales, grew up in Wollongong before entering the convent of the sisters, often known as the "Good Sams," at age 20.

Pope Francis has advanced the cause of sainthood for two foundresses of religious institutes, the Vatican announced April 9.

Sr. Lucia Noiret (1832-99), who was born in France and died in Italy, founded the Congregation of the Handmaids of the Sacred Heart of Jesus under the protection of St. Joseph. Casimira Gruszczyńska (1848-1927), founder of the Congregation of the Sisters of the Afflicted, lived her entire life in what is now modern-day Poland. Both are now considered venerable in the Catholic Church.

Inspired by the Latin American communities that face dispossession of their lands and lifestyles, the Confederation of Latin American Religious (CLAR) is hosting a webinar April 25 that will present a theological interpretation of land issues.

According to the agenda, the research is "illuminated" by the life of Jesus in Galilee as well as the Latin American pastoral theological method, which identifies "horizons of transformative action that promote the governance of a sustainable community." The methods include socioanalytical mediation, hermeneutical mediation and practical mediation — all of which will be woven throughout a theological interpretation of the challenges of the "multiethnic women and their families returning to their land."

Presenters include Juan Alberto Casas Ramírez of the Pontificia Universidad Javeriana; Mónica Benavides, a Sister of the Divine Vocation; and Marleny Zabala, representing people returning to their land.

The Zoom link for the webinar, which begins at 4 p.m. Eastern time, is available here.