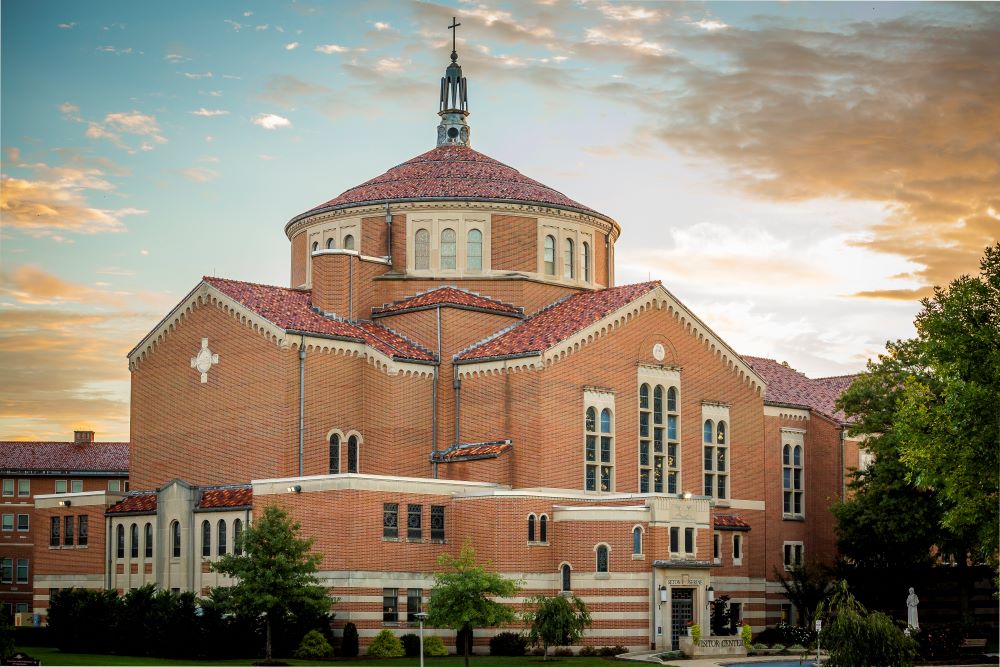 When the National Shrine of St. Elizabeth Ann Seton in Emmitsburg opens its new $4 million museum and visitor center next year, it will be a milestone for those with a deep devotion to America's first native-born saint.

But for the sisters who trace their lineages back to Mother Seton, it will be an especially poignant moment — especially as pilgrims enter through the grand provincial entrance that so many of their predecessors used.

"Our sisters are very excited," said Sr. Mary Catherine Norris, provincial of the Daughters of Charity's Province of St. Louise and a member of the shrine's board of directors. "They're excited to have the space utilized in such a way that they will see the pilgrims coming and going and have opportunities to interact with people, which we think will be lovely."

The sisters are "happy to have folks come and share in the legacy of Mother Seton," she added.

The shrine broke ground June 24 for a yearlong project to renovate and relocate the museum and visitor center. The work will begin this fall with completion scheduled for fall 2023.

The modernized museum will bring state-of-the-art and interactive techniques to tell Mother Seton's life story, from childhood to sainthood, and strengthen devotion to Mother Seton and spread "her message of faith, hope and perseverance in the face of adversity," said a news release.

Plans call for a reconfiguration of the original grand but underutilized entrance near the shrine basilica into a spacious and welcoming visitor center that will lead people into the new museum.

Once inside, visitors will learn about Mother Seton's dramatic journey from socialite in 18th-century New York to founder of the first community of women religious to be established in the United States, the Sisters of Charity of St. Joseph's. 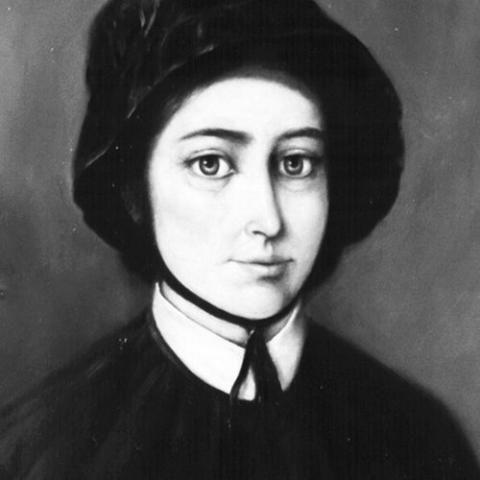 A youthful St. Elizabeth Ann Seton, the first native-born American to be canonized, is portrayed in this painting by Joseph Dawley. (CNS file photo)

They will hear about the nationwide effort to have Mother Seton formally declared a saint — she was beatified in 1959 and canonized in 1975 — as well as the legacy of her work that continues today.

"Mother Seton is a saint for all of us," said Rob Judge, the shrine's executive director. "Her story resonates with so many people today because her life was filled with the ups and downs, joys and struggles, that permeate our own lives."

He added, "One of our missions at her shrine is to preserve her legacy for generations to come, and this museum project is a major step in that effort."

Visitors will be able to see artifacts such as the bonnet she wore after establishing the community and the dancing slippers she wore as a girl. Videos and other exhibits will help visitors experience the saint's life in tangible ways.

"Since the past is this big, distant thing, it doesn't always feel real," said Scott Keefer, archivist for the Daughters of Charity's Province of St Louise, who is based at the shrine. But he added the museum improvements will help show people "this was a real person."

Leaders of the Sisters of Charity and the Daughters of Charity feel the museum also is key to introducing Mother Seton to new audiences who are looking for a saint they can relate to despite the fact that she died 201 years ago.

"We've been talking for a while now about the awareness of Elizabeth Seton as saint for our time," said Sr. Donna Geernaert of the Sisters of Charity Halifax, Nova Scotia, and chair of the Seton shrine board.

"Thinking about the era in which she lived and the role of women in that time, Elizabeth really stands out as a strong woman," she said.

"There is nothing like looking at Elizabeth's dancing slippers to realize she was a person who loved life," Geernaert added. "More and more today, we need to speak to the love of life and her commitment to faith and the care of her family and friends."

Funding for the project is coming from the $10 million "New Century of Charity" capital campaign that was launched last September by the shrine's National Leaders Council and is ongoing, having surpassed its original goal of $7 million.

Money raised during the campaign also will be used to support the "Seeds of Hope" retreat program for those on the margins of society and to create an "Innovation and Sustainability Fund" to support expansion of the shrine's living history programs and other ministries and activities.

"We all yearn to have a purpose-driven life and feel in the end somehow some way we've made a difference," said Luci Baines Johnson, chair of the National Leaders Council. "Elizabeth Ann Seton was an American wife, mother, and widow who fell on difficult financial times and nurtured a start-up, the Sisters of St. Joseph's, and all those who trace their lineage back to her."

"She has something we can all identify with — and I do," Johnson added. "She has been my inspiration and strength for over 50 years. To serve her mission is to give me the greatest of rewards, a purpose-driven life."

Mother Seton lived through tumultuous times not unlike what people today are going through: periods of illness, financial turmoil and other difficulties. She dealt with the loss of her husband, bankruptcy, shunning by her family for joining the Catholic Church and the early deaths of children and other friends yet never wavered in her faith.

"Her struggles are just as relevant today as were 200 years ago," Norris said. "The legacy of Mother Seton is she was fearless at a time when women weren't exactly known for that. She's a great role model whether you're a mother, an educator, a daughter or a widow."