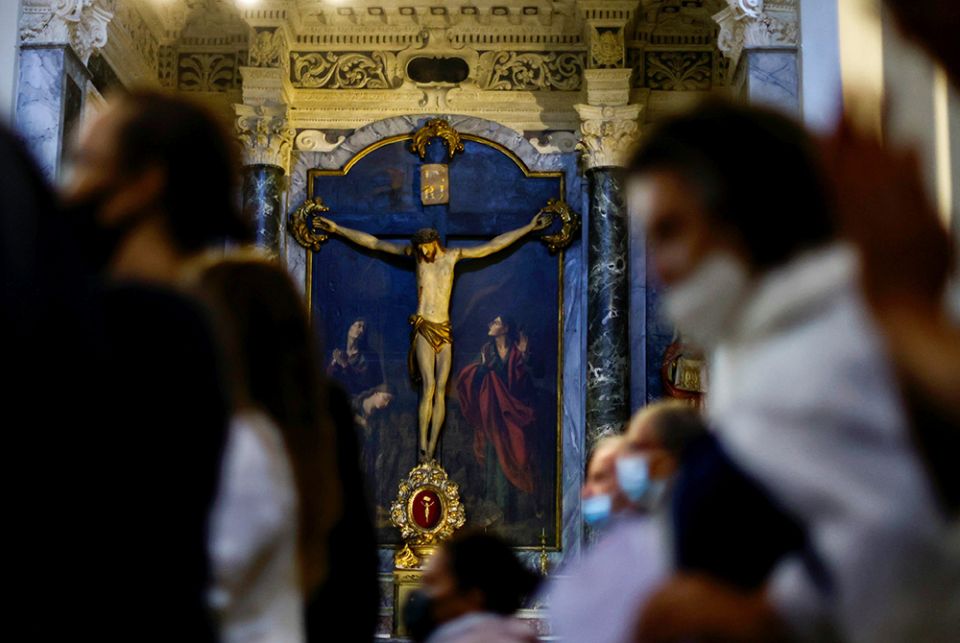 A crucifix is seen as people pray during a Mass at the cathedral Oct. 10 in Nice, France. The French bishops' conference said it would work on necessary "measures and reforms" after a report from an independent commission estimated 330,000 children had been abused by Catholic priests or church employees in France since the 1950s. (CNS/Reuters/Eric Gaillard)

In the wake of a recent devastating report by a special commission in France investigating sexual abuse of minors by clergy, a new committee has been established by the religious men and women's conference (the Conférence des Religieux et Religieuses de France or CORREF) to hear testimonials of victims of sexual abuse by religious men and women, including abuses suffered by adults and members of religious communities.

Many stories of abuses against nuns have been reported without action being taken. This new committee will allow any potential victim to state their case. Named "Commission Indépendante de Reconnaissance et de Réparation" ("Independent Commission for Recognition and Reparation," or CRR) the new committee will collect testimonials of abuse. It will listen to victims of religious men and women, in the hope that a mediation could lead to an agreement between the parties. It will also look into what can be done in terms of reparation, including financial.

The new committee was established during the CORREF's plenary session held Nov. 16-19. The session was devoted to the issue of sexual abuse in the church. The press release issued at the end of the meeting praised the report of the special commission and announced several major decisions, including the creation of the new committee to hear other testimonials.

The report issued in early October by the special commission of the Catholic Church (Commission Indépendante sur les abus sexuels dans l'Eglise, or CIASE) estimated about 330,000 cases of sexual abuse of minors, two-thirds by clerics, had taken place in the French church since 1950. The report was commissioned in 2018 by both the French bishops' conference and the CORREF. A commission of only laypeople was set up and spent two years gathering testimonials, listening to victims and interviewing experts to try to understand what happened. 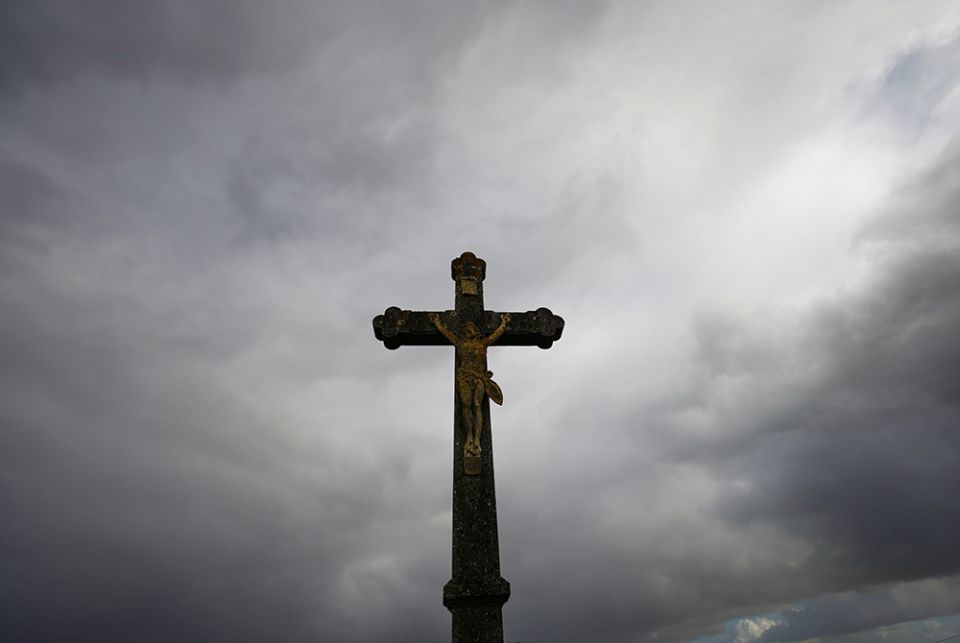 A cross is silhouetted outside a Catholic church Oct. 5 near Nantes, France. (CNS/Reuters/Stephane Mahe)

One main conclusion of the CIASE report is that the violence was systemic and that such acts were not only perpetrated by a few priests. Prominent sociologist Nathalie Bajos, a member of the CIASE, led the team of sociologists who, after studying a representative sample of 28,000 people, made projections which led to an estimate of at least 216,000 underage victims of sexual violence committed by a priest.

She said that a world of masculine domination such as the Catholic Church had made possible such crimes.

"In whatever social community violence is committed, 95% of the perpetrators are men. This violence by men against women and children is the extreme demonstration of masculine domination," she explained Oct. 8 at the press conference which followed the presentation of the report by the CIASE to the French bishops and the religious men and women's conference.

A few days before, Bajos had explained what she meant in an interview with the daily Le Monde. "The hierarchical and patriarchal functioning of the Church, where women are excluded from power zones, is an important element to consider to understand the higher occurrence of sexual violence within the Church than within other social spheres such as schools or sports communities. […] anything that contributes to legitimize or reinforce masculine domination can only encourage sexual violence," Bajos said, adding this could also explain violence against religious women. "The Church is really an observatory of masculine domination" she concluded in the interview.

This opinion is shared by Sr. Véronique Margron, president of the CORREF: "Some elements in the ways of life of the Catholic Church have turned out to be tragic grounds favoring crimes," she told the magazine Le Pèlerin, in an article published Nov. 18.

The French bishops' conference, which held its autumn plenary session on Nov. 2-8 in Lourdes, has admitted its institutional responsibility for the scandal and expressed its intention to reform the church. The words of "shock" and "shame" were often used by clerics to express their reaction to the report.

The CORREF general assembly in November heard the testimonial of two African sisters, Sr. Veronica Openibo, superior general of the Society of the Holy Child Jesus, based in Rome, and Sr. Mary Lembo, a member of the Congregation of the Sisters of St. Catherine of Alexandria.

Lembo is the author in 2019 of a dissertation from Rome's Pontifical Gregorian University on sexual abuses committed by priests on religious women.

"We want to address the difficult question of sexual crimes, especially in Africa," said the final press release of the CORREF's general assembly, signed by Margron.

"A lot of our religious institutes are international," the press release said. "Our concerns and our commitment cannot stop at the borders of France. On this continent, the victims are first little girls and vulnerable adults such as widows and poor women. One finds in Africa the same factors that allowed these crimes: forced silence, relocation of priests, fear of scandal."

Unlike the CIASE, the CRR will not investigate on the causes of abuses or suggests ways to prevent them. It will not try to assess the extent of the phenomena, but only hear testimonials and meet with victims and maybe abusers to find a solution for cases. It will consider abuse cases which may have taken place in French religious institutes, even when a case took place in another country, so long as the superior of this congregation is in France.

As an example, if a member of a big congregation based in France was assaulted in her community in Africa, she could file a complaint to the CRR. It will lead to the questioning of the superior of the congregation and to an investigation of the case.

"The testimonials of the victims as well as the way complaints have been — or haven't been — dealt with in the past will be useful for the future, to prevent these actions to happen in the future" said the CORREF, whose theme this year was "Responsible for the Future." 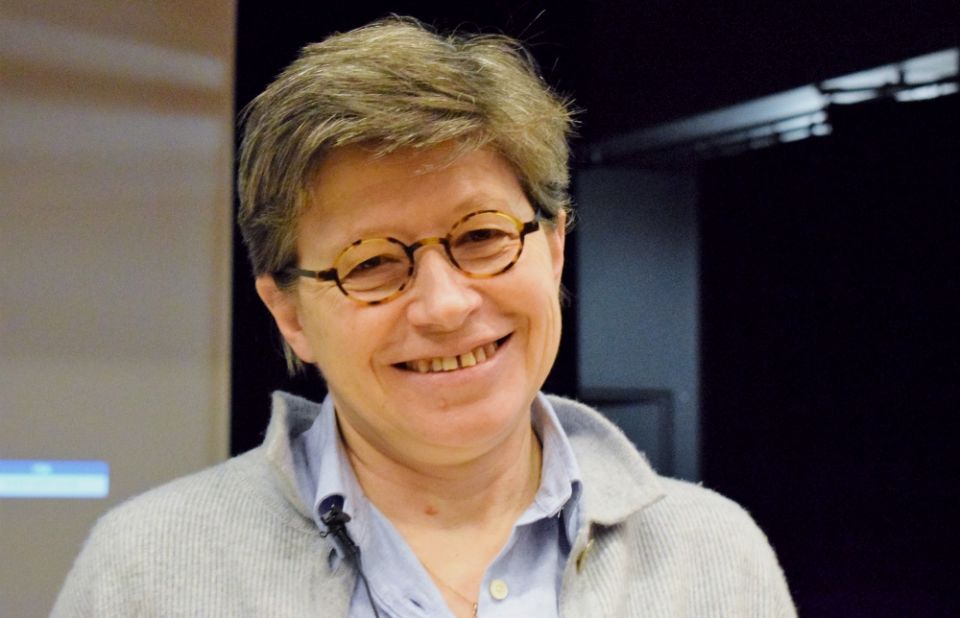 Margron has been very active in the fight against what she insists on calling "pedocriminality" rather than pedophilia. The term "pedocriminality" is now widely used. She has been listening to victims of abuse, sexual or spiritual, in religious congregations for years and is recognized as an authority, who insisted on setting up the CIASE with the bishops' conference, when many bishops did not imagine see the extent of the damage done and the need to address the question of abuses.

Victims who have been abused by a priest may not know whether the perpetrator belongs to a religious order or is a diocesan priest, or whether the congregation belongs to the CORREF. The CRR will listen to anyone. "We will listen to everyone and study every testimonial, case by case. Every situation is different," a sister close to Margron told GSR.

In France, as elsewhere, some congregations are diocesan and under the bishop's authority. Others are of pontifical right and are approved or erected by the Holy See by formal decree and come under the jurisdiction of the Vatican's Congregation for Institutes of Consecrated Life and Societies of Apostolic Life.

Concretely, when someone is a victim of abuse by a religious person, he or she could write to the CORREF (ecoutevictimes@corref.fr). If the abuser is abroad and is under the authority of a superior in France, the CRR will be able to hear their complaints, which should be sent to victimes@crr.contact.

The CORREF will also have a working group to study ways to make sure that congregations have regular visits, in order to avoid that a community functions as a sect and prevents contacts with the outside world.

Superiors of congregations have sometimes refused to hear a complaint by one of their members. A recent book, Veil of Silence, gathers 11 cases of abuse of religious women by priests. Its author is Salvatore Cernuzio, a journalist who works for the Holy See's official media channel, Vatican News.

In one occurrence, a sister who told her superior that she had suffered sexual abuse by a priest got this reply: "It was evidently you who provoked the priest."

This is one reason why the CORREF insists that every case brought to its attention has to be seen by someone else than the superior of the accused. Among its recommendations, the CIASE report insisted on the need to "externalize the treatment of the situation to ensure that the superior, who is the brother of his brothers, would not be put also in a position of a judge," an important element echoed by the CORREF.

In her preface to the book Veil of Silence, Sr. Nathalie Becquart, a Xavierian sister and the undersecretary at the Synod of Bishops office in Rome, writes that these women's stories demonstrate the need to embrace a "synodal model" of the church, one where authority is exercised in a different way.

A synod on synodality will take place in Rome in 2023, and many in the Catholic Church have expressed hopes that it enables some changes to be made in the way the church is governed.

When the ground moves and tradition changes

Women in US continue to choose religious life, survey finds

Constant sharing. Rejoice with me!