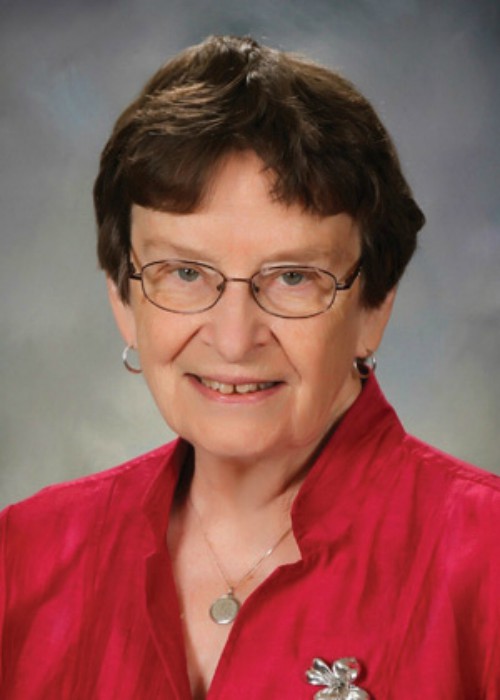 Sr. Carolyn Farrell of the Sisters of Charity of the Blessed Virgin Mary died June 14 at age 85. 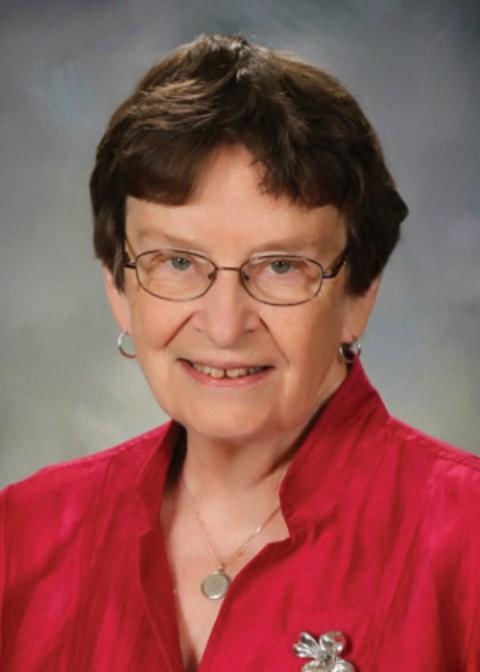 Sr. Carolyn Farrell of the Sisters of Charity of the Blessed Virgin Mary died June 14 at age 85.

Farrell was a member of the Sisters of Charity of the Blessed Virgin Mary for 66 years, entering in 1953 and taking the name Sister Mary Lester when she was 18. She spent her career in education, starting as an elementary teacher and eventually holding titles such as interim president of Mundelein College, associate vice president at Loyola University Chicago, founding director of the Gannon Center for Women and Leadership, member of the board of trustees at Clarke University, and director of the Roberta Kuhn Center, an adult education center at her community's motherhouse.

Friends said Farrell had not been ill and had died peacefully in her sleep. She had been on the phone with people just the night before.

"She had only one speed in life, and that was full-tilt," said Sr. Teri Hadro, president of the congregation and a friend of Farrell's since 1973. "As best we can figure out, she was just relaxing in her easy chair prior to going to bed."

In 1974, the mayor of Dubuque asked Farrell to serve on a civil service commission, and the governor of Iowa asked her to serve on a committee studying long-term goals for the state. Those experiences led her in 1977 to run for election to the Dubuque City Council, becoming the first woman elected to a four-year term.

Because Dubuque has a full-time city manager, the five-member council elects one of its own to serve as mayor for a one-year term in the largely ceremonial post. Farrell was elected mayor Jan. 7, 1980, becoming the first woman religious to serve as the mayor of a city in the United States.

Before her city council term ended in 1981, however, Pope John Paul II issued an order that religious were not to hold elected office, largely in response to Fr. Robert Drinan and Fr. Robert Cornell, who both served in U.S. Congress.

Mary Hunt, co-director of the Women's Alliance for Theology, Ethics and Ritual (WATER) and a longtime friend of Farrell's, said the Vatican first said clergy should not hold elected office, so it appeared Farrell was in the clear.

"She said, 'It doesn't apply to me. I'm not clergy. Nuns are laypeople,' " Hunt recalled. "Then, the Vatican clarified they mean both clergy and religious." 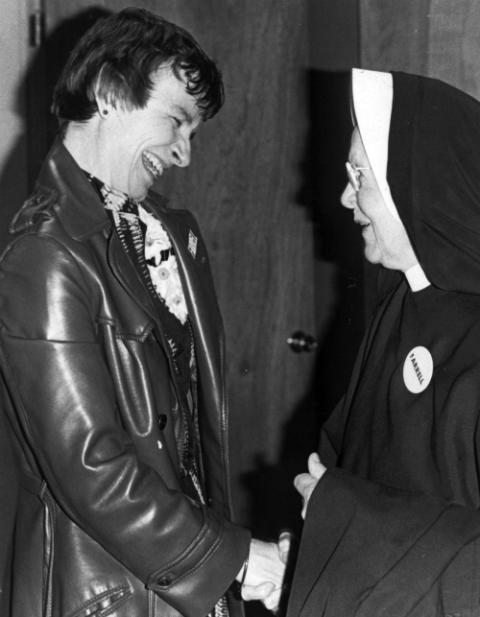 Sr. Carolyn Farrell, left, greets a supporter on election night in November 1977, when Farrell was elected to the City Council of Dubuque, Iowa. (Courtesy of the Sisters of Charity of the Blessed Virgin Mary)

That left Farrell with a decision to make, Hadro said.

"What she said to me was she really didn't want the repercussions it would cause others," Hadro said. "If it were only she that would bear the consequences, she might challenge the pope and run again. ... She didn't want the congregation to deal with that, so she simply didn't run for reelection."

Hadro said the circumstances do not diminish the accomplishment.

Hunt said city government could have been just the beginning.

"Carolyn initiated many things in her lifetime, but she was very good at succession planning," Hadro said. "She was able to identify her successor early on, bring them up to speed and then leave the organization in good hands."

When it became clear that Mundelein College, the sisters' women's college in Chicago next door to Loyola, was not financially sustainable, Farrell was made interim president and negotiated to transfer faculty and programs to Loyola, despite a history of competitiveness between the two schools, Hunt said. She also raised money to renovate Piper Hall, the early 20th-century mansion that is home to the Gannon Center.

"The Jesuits [who run Loyola] and the BVMs get along quite well, but the two schools were rivals, and for Carolyn to negotiate that transfer, that was a real tribute to her negotiating skills," Hadro said. "Then she stayed on as an associate vice president at Loyola."

Hunt said Farrell had a way of improving every organization she worked with.

"Everything she touched, she beefed it up," Hunt said. "She had a very savvy way about her in terms of how to get things done while maintaining her integrity, and yet always prioritizing women and dependent children."

Born Nov. 2, 1934, in Des Moines, Iowa, to James and Catherine Carroll Farrell, she received a Bachelor of Arts degree in history from Clarke College and a Master of Science in education administration from Western Illinois University. She did postgraduate work at the University of Iowa in higher education administration and in public policy at the Hubert Humphrey Institute of Public Affairs at the University of Minnesota.

She was a teacher, then a principal, then director of special programs at Clarke College. From 1977 to 1988, she was the dean of continuing education at Clarke. She also served in congregational leadership and attended the United Nations Fourth World Conference on Women in 1995 in Beijing.

"She was a people person in the most profound sense of that term," Hunt said. "She was not a glad-handing politician. Carolyn Farrell was a person who loved people and believed they deserved justice and equality. She was just a grand friend, and she cared deeply about people and justice."

"I could count on Carolyn to be frank and honest, and I referred to her as a bur under my saddle sometimes, but she was usually right. She never said anything just so I'd like her more. It was always how she honestly felt," Hadro said. "She had a huge heart when it came to people in need."

Funeral services will be June 24 in the Marian Hall Chapel on the Sisters of Charity of the Blessed Virgin Mary's campus in Dubuque. Virtual sharing of memories will be 9:30-10:15 a.m. Central time. Virtual visitation 10:30-10:45 a.m. Central time will be followed immediately by funeral Mass. All events will be livestreamed here.