UISG webinar on education: 'We're shaping the future of the planet together' 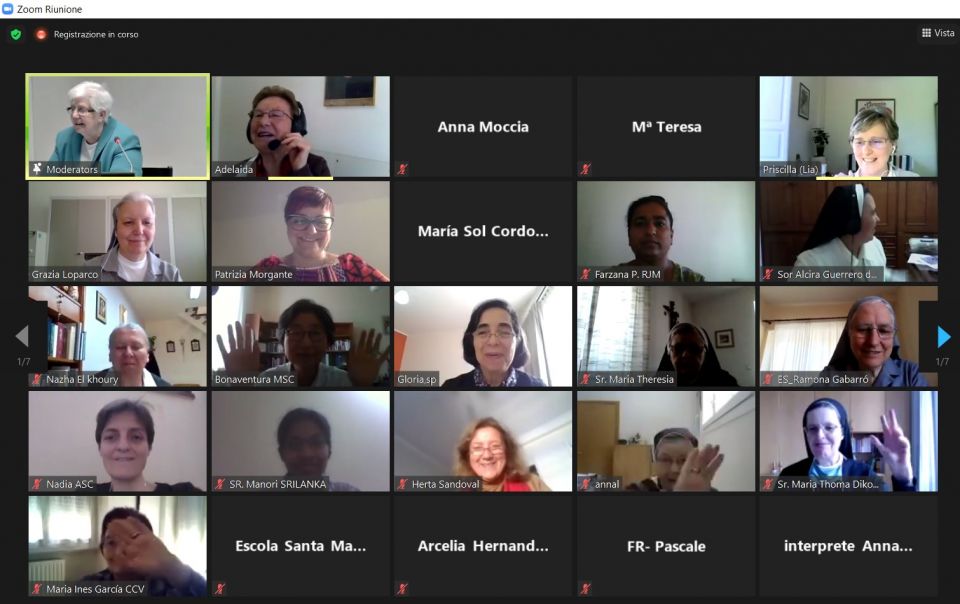 In the face of daunting global challenges, Catholic education must address the need for the flourishing of humanity and the protection of the planet, said sister educators at a webinar this week.

"Education today must be transformative," Loreto Sr. Patricia Murray, the executive secretary of the International Union of Superiors General, said during a June 3 webinar on education hosted by UISG. "We're shaping the future of the planet together."

The webinar, part of a series of online events titled "Sisters Empowering Women: A Place at the Table in the Spirit of Fratelli Tutti," was a way for participants to respond to and reflect on the place of education during a time of immediate crisis — the pandemic — and ongoing challenges centered on the preservation of the planet.

The background for the webinar is Pope Francis' Global Compact on Education, a Vatican initiative launched in 2019 to promote education focusing on the needs of humanity and the planet in the face of crises. That has prompted UISG and others to develop action plans to implement the pope's vision.

In October 2020, the pope called education "a natural antidote to the individualistic culture that at times degenerates into a true cult of the self and the primacy of indifference. Our future cannot be one of division, impoverishment of thought, imagination, attentiveness, dialogue and mutual understanding. That cannot be our future."

Sisters participating in the wide-ranging webinar echoed that call and noted the special role Catholic education can play in these efforts. Citing this year's global Catholic Education Report, UISG noted that 62 million children globally are enrolled in Catholic schools from kindergarten to secondary levels, and more than 6 million students are enrolled in Catholic colleges and universities. 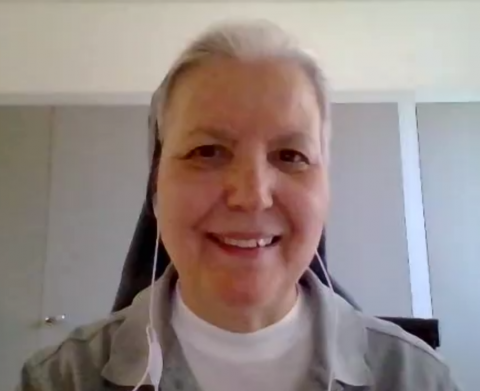 Sr. Grazia Loparco, a member of the Salesian Sisters of Don Bosco and a historian who teaches at the Pontifical Faculty of Educational Sciences Auxilium, speaks during the June 3 webinar on education hosted by the International Union of Superiors General (Courtesy of UISG)

The work of Catholic sisters in education, particularly in educating girls, is a major reason for those numbers, Sr. Grazia Loparco, a member of the Salesian Sisters of Don Bosco and a historian who teaches at the Pontifical Faculty of Educational Sciences Auxilium, said in the webinar.

Loparco provided a historical context for the role of sisters in education and noted that Catholic education has long been a way for women and girls to embrace and affirm their dignity.

She also noted that, in the past, sisters were not often able receive formal theological education, so they were "less trapped by doctrine" and could become imaginative teachers.

Murray said sisters were (and are) on the frontlines of mission work and often "saw education as a means of empowerment."

That tradition continues, said Sr. Arcelia Hernández Elizondo, a member of the Franciscan Missionary Volunteers of the Poor and an official of the Congregation for Catholic Education. She said sister educators can help heal fractures in the world by affirming global awareness and solidarity. Such affirmations can help communities face challenges, such as the climate crisis, that require immediate attention.

Hernández noted the global awareness among many Catholic sisters and evoked the pope's call for more solidarity in education, saying it is important "to break the cycle of selfishness" and educate for a better future, including for the planet.

"The world itself carries a charism of unity," she said.

That is even more apparent now, said Sr. Miriam Altenhofen, a German psychologist and member of the Missionary Sisters Servants of the Holy Spirit.

"Since last year, we all know about disruption," she said of the global pandemic. Now more than ever, "love and compassion are necessities, not luxuries. Without them, humanity cannot survive." Education, she said, has an important role in promoting those values.

Chiara Porro, the ambassador of Australia to the Holy See, moderated the June 3 event. It was the third of a seven-event series meant as an "opportunity to meet women religious who live Fratelli Tutti in the world and open paths of empowerment and hope through their mission," UISG said. Other themes include synodality, peace, economy, health, care and advocacy.

News | UISG webinar on education: 'We're shaping the future of the planet together'

A connection of equals: How sisters bridge the age gap

An international sisterhood: Panelists reflect on a year of writing for The Life