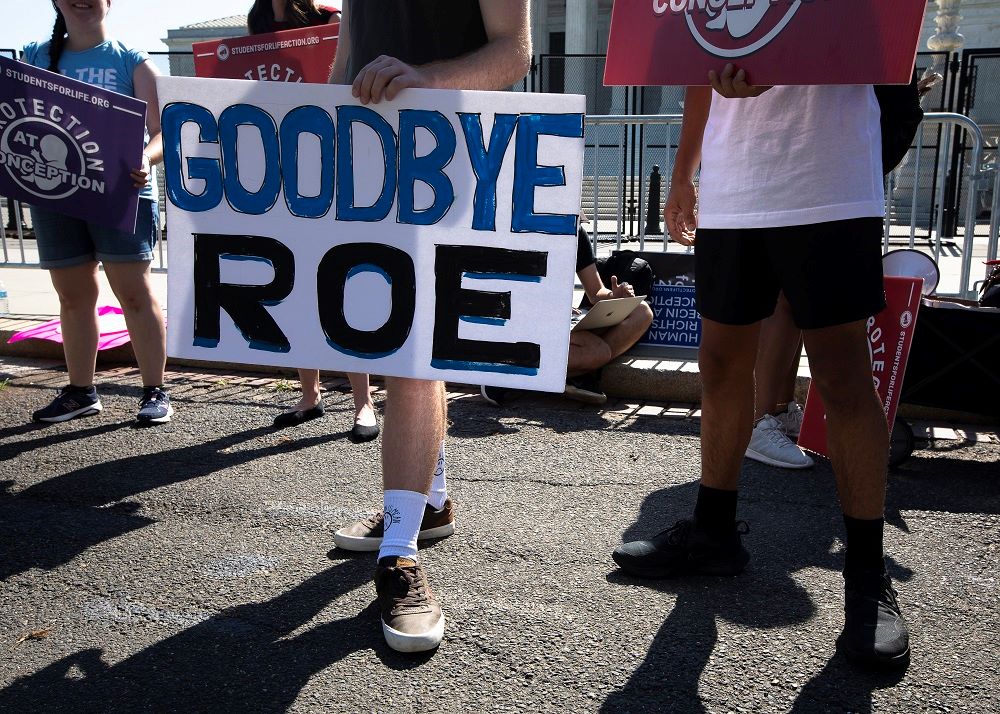 Demonstrators in favor of banning abortion gather June 15 near the Supreme Court in Washington. (CNS/Tyler Orsburn)

Reaction among Catholic women religious to the U.S. Supreme Court's decision June 24 to overturn its 1973 decision in Roe v. Wade, which gave American women the right to an abortion, ranged from jubilation to acceptance, along with pledges to support women who are pregnant and to help with other women's issues.

News of the decision in Dobbs v. Jackson Women's Health Organization was greeted with cheers and relief among young women and Catholic sisters gathered June 24 at the GIVEN Catholic Young Women's Leadership Forum at Neumann University in Aston, Pennsylvania.

Kathryn Jean Lopez, a senior fellow at the National Review Institute who has written extensively about pro-life issues, addressed the group of about 250 attendees, which included 100 young Catholic women participants plus both lay and consecrated mentors and volunteers, in an emotional speech that was also a call to prayer and action.

"Abortion is not empowerment. Abortion is not a good," said Lopez, who has served as a mentor for GIVEN. "Abortion severs the most intimate relationship there is. Roe is not just bad science; it is cruel to women and children and men and all of culture.

"This case today, Dobbs v. Jackson Women's Health... is about human rights. This case is about the dignity of women, this case is about saving lives, this case is about declaring that women deserve better than the misery and brutality of abortion. We stand today as a pro-life movement who stands with the Sisters of Life as a pro-love movement with over 2,700 women's care centers and so much more who embrace women for life," she continued. "And if you didn't guess already, I'm crying because Roe v. Wade has ended today." 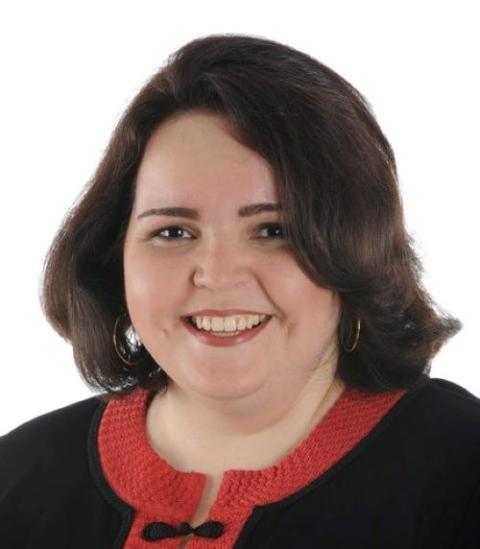 The audience rose to its feet in a standing ovation.

"This culture has been cruel to women," Lopez continued. "Women have been hurt, and girls have been hurt. Anyone who, like me, has spent time in front of abortion clinics sees that this isn't about politics or empowerment. It's about pain, the pain of life and suffering that people go through."

But Lopez said the attitudes of those active in the movement against abortion must be measured.

"It's so important as we go forth that we are not popping champagne bottles, that we are embracing people and, frankly, apologizing," she said. "When I pray in front of an abortion clinic, and I see women come in and go out, and girls, I see a church that hasn't taught as it ought... I know very well when I'm standing outside an abortion clinic praying, people think I'm judging them. That's the last thing I'm doing. I'm weeping because we haven't done our jobs. And I say that knowing that so many people work in maternity homes and crisis pregnancy [centers]. Some of you are here. But it's not enough. It's not enough when people think that we're judging them. So we need to do everything we can to love one another better."

Leaders of the forum asked Lopez to announce the decision because attendees had been instructed to limit cellphone use during the five-day program and may not have heard the news.

"She made sure that everyone walked away not in a spirit of celebration and popping champagne bottles, but instead [with] a call to action to do more for women facing any type of crisis pregnancy and health concerns," Rachel Harkins Ullmann, executive director of the GIVEN Institute, said in an interview with Global Sisters Report.

"The spirit of what we do here at the GIVEN Forum is for women to know the gifts that God has given them and put them in the service of others." 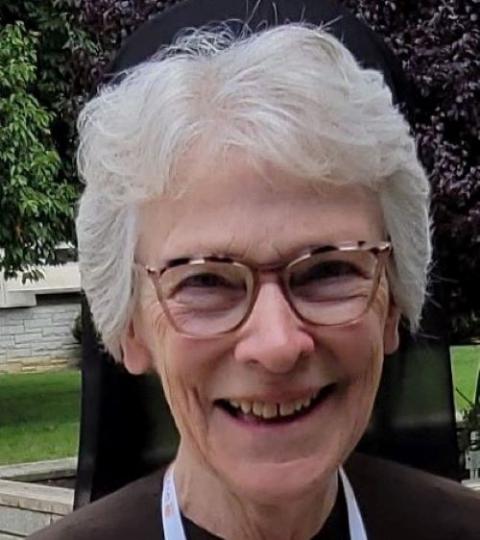 Sr. Mary Elizabeth Endee of the Franciscan Sisters of the Eucharist is a licensed marriage and family therapist. (GSR photo/Gail DeGeorge)

One sister noted that the timing was auspicious.

"We've been praying for this since [the movement to overturn Roe v. Wade] began, working toward it since it began, but it is still incredulous that it happened on the feast of the Sacred Heart with the feast of the Immaculate Heart of Mary tomorrow," Sr. Mary Elizabeth Endee, director of vocations for the Franciscan Sisters of the Eucharist and a GIVEN board member, told GSR.

Endee said in her work as a licensed marriage and family therapist, she has witnessed the emotional pain women experience after an abortion.

There has been a lot of time, energy and prayer focused on overturning Roe v. Wade, she said, and the next step is to channel that emotion into helping others provide for women and children.

The Sisters of Life, which ministers to pregnant women and to women who have had abortions, welcomed the Supreme Court ruling in a June 24 statement.

"It is our hope that with the Dobbs decision, the truth of the dignity and unique beauty of every human being will begin to transform hearts, relationships, and every aspect of our society; and, result in law that protects the human being at every stage of life," the congregation said.

The community, founded in 1991 in New York, said it would continue to minister to "those women who find themselves pregnant and in crisis" in hopes that "they do not have to walk alone. We know that women flourish when they are given the freedom, opportunity, and support to embrace the entrustment of maternity." 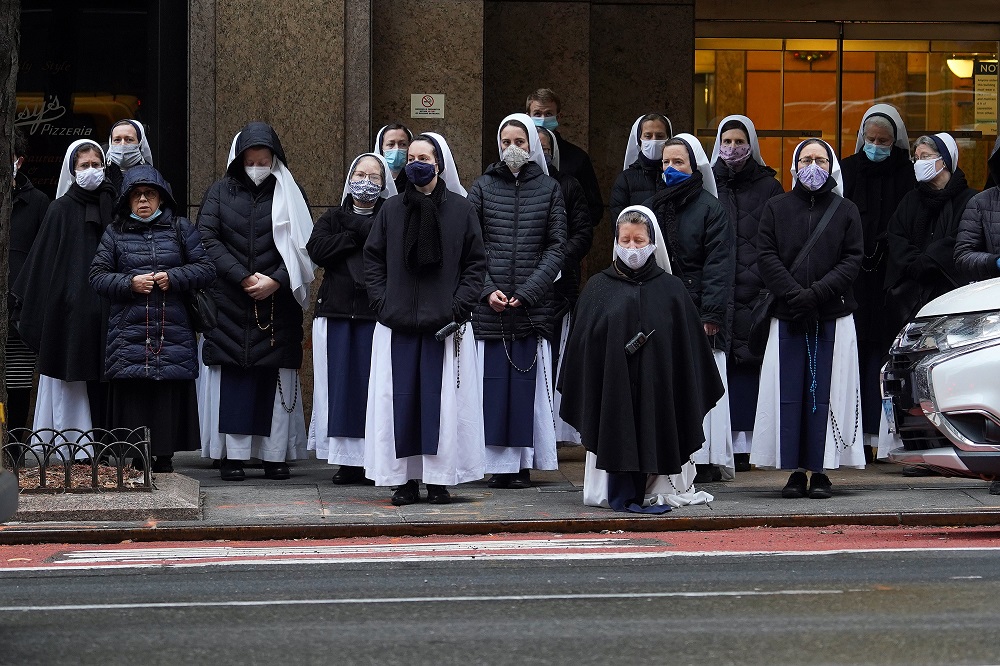 Members of the Sisters of Life and other advocates against abortion pray across the street from an abortion clinic in New York City on Dec. 28, 2020, the feast of the Holy Innocents. (CNS/Gregory A. Shemitz)

The statement says the community has "confidence that this Supreme Court decision will give many more women the courage to reach out to those of good will throughout the nation who stand ready to help a woman in need who is facing real challenges, difficulties and fears."

The group said in renewing its commitment to love, "we invite all others to step with us into this new era of greater protection for the unborn with even greater generosity, courage and dedication."

It added: "Let us together pray for an outpouring of the Holy Spirit upon our nation for peace, healing and conversion of heart — that all may believe in the sacredness of every human life." The community said it would make no other statement to the media.

The Leadership Conference of Women Religious and several congregations declined to comment on the decision.

In a June 24 statement, the Catholic social justice advocacy group Network, founded in 1972 by a coalition of Catholic sisters, said the court decision "will have deep ramifications in people's lives, many of whom may not even realize it yet."

"Undoing nearly half a century of precedent and jurisprudence will undoubtedly have a disorienting and destabilizing impact on our laws, the provision of maternal health care, and our already fraught civil discourse," the group said, basing that declaration on "five decades of women-led, person-centered advocacy and hundreds of encounters with women, families, and communities across the country that have been disinvested in, and marginalized by, our systems and structures."

The decision, Network further said, prompts questions from the "perspective of pursuing justice and the common good through federal policy." These include: "Will state and federal legislatures now introduce and pass a groundswell of policies to offer a robust social safety net of resources for all women and families that allow everyone to thrive?"

Also: "Will this decision lead to an increase in maternal mortality for the people who are already the most lacking in access to resources in our society, especially women living in rural, low-income communities and women of color?"

Noting increasing polarization and growing extremist violence in the United States, the group said people of faith "have a moral duty to work toward the common good across a spectrum of issues."

Catholic social teaching declares that "a focus on one moral priority cannot lead to 'dismissing or ignoring other serious threats to human life and dignity,' " the statement said, quoting from the U.S. Conference of Catholic Bishops' Forming Consciences for Faithful Citizenship.

Network said it urges those who have "made ending federal protections for abortion the singular focus of their political activity" to expand their focus "to include the economic realities of women and families. Now is the time to listen to the experience of women, particularly women living in rural, low-income communities and women of color."