by Susanne Lachapelle
Ministry
This article appears in the A Place to Call Home feature series. View the full series. 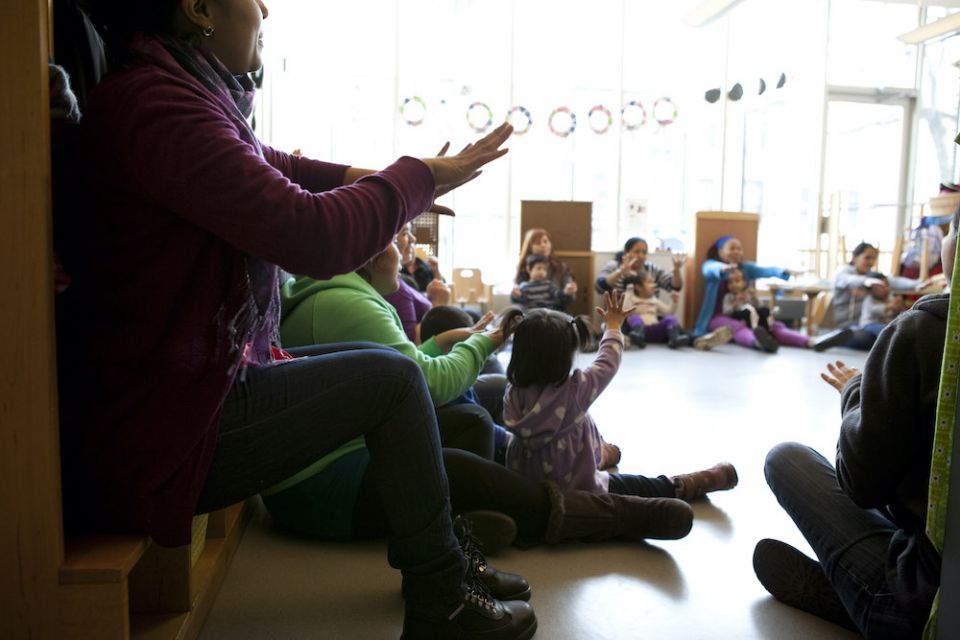 Mothers work with a child specialist at Little Sisters of the Assumption Family Health Service center in East Harlem while she demonstrates engaging children in rhythmic response to music. (Provided photo)

Logo for A Place to Call Home_2.jpg 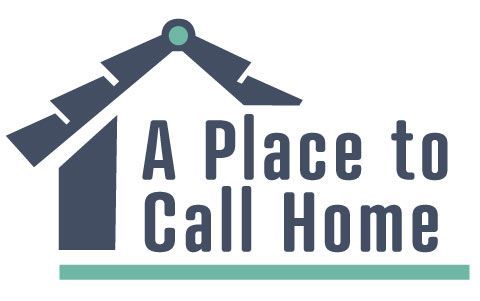 The Lord God keeps faith forever, secures justice for the oppressed, gives food to the hungry. The Lord sets captives free.
The Lord gives sight to the blind, the Lord raises up those who were bowed down. The Lord loves the just; the Lord protects strangers. (Psalm 146)

As I was getting off the elevator, going to get some supplies for the nursing program, the door opened and Kathy, the receptionist, called out in a loud voice: "I need some help here, we have an emergency! I just opened the door and this man came into the Center crying 'Help me, my hands and feet are frozen, and so is my face.' "

He was soaking wet — the last two days we had been having continuous rain — so we put a chair in the bathroom and started to help him take off his clothing, which was dripping all over the place. He was shivering and very shaky, unable to maintain his balance when he tried to stand. As we peeled off his clothing, we could see his ribs.

We asked him when he ate last, but he couldn't say. Bob was his name; he was from the Midwest and had been in New York City "for a while." He was about 6-feet, 2-inches tall, with a crew cut; he had a hospital I.D. on his wrist and revealed that he had been discharged a few days ago. Another staff nurse came to help and discovered that he had a well-bandaged lower left leg which he said he injured "on the street."

He had moderate to severe pain in his hands and feet, and the color stayed a dusky red. He had been living on the street. Meanwhile, Kathy was busy running back and forth to the Sharing Place (our thrift store) until she found him underwear, a warm flannel shirt, warm pants, socks, shoes, a sweater, a full-length lined coat, and warm gloves.

He calmed down a bit, but kept saying he asked for help on the street and the people told him to go to the Little Sisters of the Assumption Family Health Service, our center in East Harlem. He really didn't know where he was, as this neighborhood wasn't familiar to him. We feared some frostbite and kept asking him if we could call for an ambulance. But he became very agitated with even the suggestion of calling for help. He finally closed down that suggestion with, "If you must know, I have a warrant for my arrest that will put me in jail for 14 days. Please don't call, I don't want to go back to prison."

Then he shared that he was an ex-Marine who had served in Afghanistan for four years. We asked him if we could call the Veterans Affairs (formerly Veterans Administration; VA) and see what they could do for him, and he consented. After some searching, Rosa, one of our workers, found a counselor at the VA who spoke to him for a long time, verified his identity and other details, and offered some help but no place to stay immediately.

In the meantime, we asked if we could give him some food, and he said yes; he couldn't remember when he last ate. Just before that, a delivery of hot food left over from a school party in the neighborhood was dropped off for us to give out. I am sure he thought he must be near heaven when he saw a heaped plate of very good, hot food brought to him. He ate it like a true Marine! And we were so grateful to have it to give away! 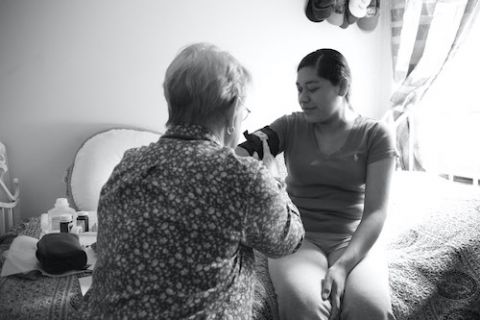 One of our community health nurses, Sr. Pat  Hayes from the nursing program, checks a postpartum mother and prepares to do her wound care following a C-section that became infected. (Provided photo)

After he ate, he decided to leave and we begged him to go to the shelter at Bellevue Hospital where they wouldn't turn him away, and ask for a doctor to check his extremities which were still discolored. We gave him our contact information and he had the telephone number and other information of the VA counselor. He had a metro card and we also gave him a cane, as he remained very unsteady on his feet.

When I saw the condition he was in and heard some of his history, I was overcome with gratitude that we could take part in helping him. He bears the wounds of having fought for freedom. This experience confirms my conviction that war is never the solution to problems. I was also so grateful to our donors for the variety of items we receive from many sources — donors who may never know or experience what it means to meet human needs, and yet they are faithful in their giving.

The door barely closed before a mother came in asking for infant formula for her baby. She had missed her Women, Infants and Children (WIC) appointment because another child in the home was ill, and now she couldn't collect the WIC voucher until a certain amount of time elapsed. What could she do? We were able to provide her with some formula that had recently been donated to the center. She breathed a sigh of relief.

Then it was time to join the neighborhood in a gathering of prayer on the corner of 116th Street and First Avenue to support the family whose 3-year-old son had been killed at the intersection a few days before. This child and his parents had participated in our parent/child development program for three years, and they are like family to us. There wasn't a dry eye in the large group that prayed with them. We also petitioned the police and political representatives present for a change in the safety rules, to prevent this type of accident from occurring again.

That same evening, we participated in a Scripture reflection at St. Monica's Church. Some verses of Psalm 146 was part of the preparation for the Third Sunday of Advent. When I listened to the words of the chosen verses, I let myself fall into them with relief, taking the experiences of that day and looking for some understanding of the previous hours. I found a clouded hope for each of those situations and felt much gratitude for the presence of God in our shared life.

In the span of a few hours all our lives were transformed. That Advent day carries me well beyond the Christmas season into the part of the liturgical season called "Ordinary Time" where we find Jesus healing the sick, feeding the hungry and comforting the heart broken — very much like these privileged encounters of caring for our frost-bitten veteran, the mother needing formula and the heartbroken family who lost their young child. Ordinary and Extraordinary!

[Susanne Lachapelle belongs to the Little Sisters of the Assumption, an international congregation present in 21 countries worldwide. A community health nurse, she is a staff member of the visiting nurses' program. She has ministered in her congregation's Family Health Center in East Harlem, New York, for 44 years.]

A meaningful visit to Cambodia provides an example of service