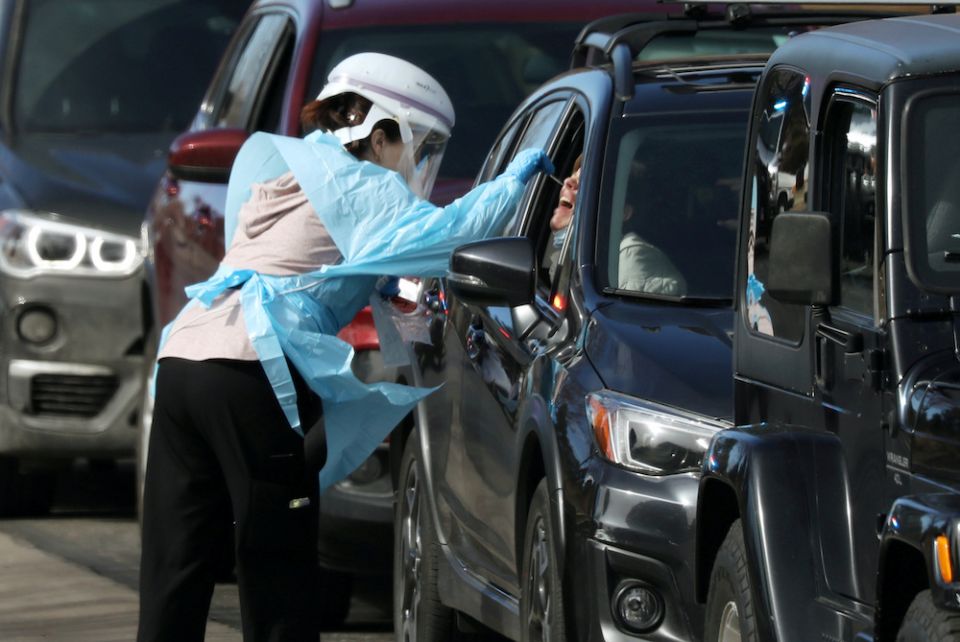 COVID-19, the infection caused by the new coronavirus sweeping the planet, can be invisible, insidious and deadly, but Catholic women religious and the organizations they created or run are at the forefront of efforts to stop it.

Key to overcoming the pandemic is health care, and the more than 2,200 hospitals, nursing homes and other health care facilities and organizations of the Catholic Health Association of the United States are not only testing and treating patients, but advocating in Washington for more supplies, equipment and coordination.

In a March 18 letter to the Trump administration and congressional leaders, CHA joined 17 other national health care organizations calling on the federal government for "a stable, continuous supply of needed medical supplies for clinical labs and technicians, health care providers and health care facilities," an increase in patient capacity and continued access to medications and an end to supply-chain interruptions.

"CHA and our partners from other health care organizations recognize the critical importance of the private sector and the government joining together for an urgent national response to this public health emergency," Mercy Sr. Mary Haddad, CHA president and CEO, said in a statement made with the release of the letter. "Our members are on the front lines caring for those affected and we must do everything we can to ensure they have the necessary resources to treat patients and be protected while delivering care." 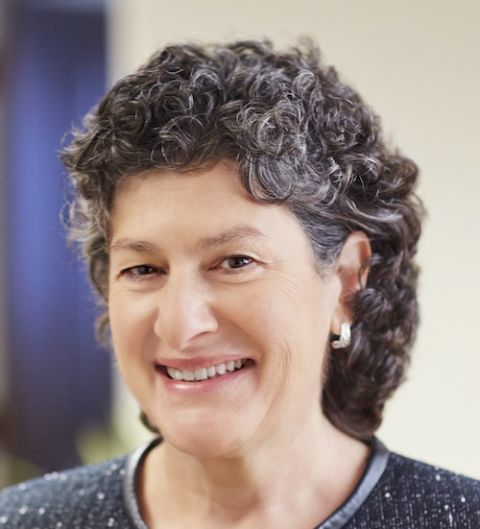 Sr. Mary Haddad of the Sisters of Mercy of the South Central Community (Courtesy of Catholic Health Association)

The first COVID-19 patient in the United States was treated at a Catholic hospital, CHA reported: Providence Regional Medical Center in Everett, Washington, part of the chain of hospitals the Sisters of Providence started after their arrival in 1856.

CHA has created a page on its website dedicated to COVID-19 resources and information.

"I've talked to our system and regional CEOs, and I have so much faith in our caregivers," Helmlinger said. "They're an incredible team and they're in it together, thinking about the patients and their families."

She said the philosophy in Catholic health care is the opposite of those hoarding food and toilet paper.

"They don't panic. They think communally first," Helmlinger said. "It's: 'How can we do this?' They need each other, and they know that."

That dedication to the public good extends to putting aside the pull to be with their own families. When the Tubbs fire in 2017 devastated Santa Rosa, every hospital executive but one lost their homes in the fire, Helmlinger said, but all of them continued working. 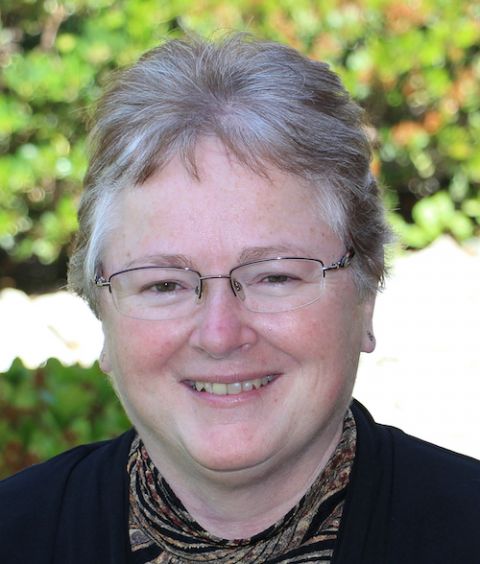 "It's community first," she said. "It's really something to watch, and especially when you're in a crisis, you just see their professionalism, their compassion and their ability to put the patients at ease. You're going to be cared for if you're coming in."

Helmlinger said the hospitals have been preparing for the wave of patients they know COVID-19 will bring to their doors, talking to doctors in Asia to learn of their experiences fighting the virus and ensuring networks are ready to move supplies, equipment or even patients as needed.

"This is a time when we all come together," she said. "It's not 'every hospital for itself.' "

From her perspective as a superior and as LCWR president, Helmlinger said religious communities across the country have been working to protect their elder populations, which are especially vulnerable to the virus, and working to provide whatever resources are needed for their congregations and the surrounding communities. 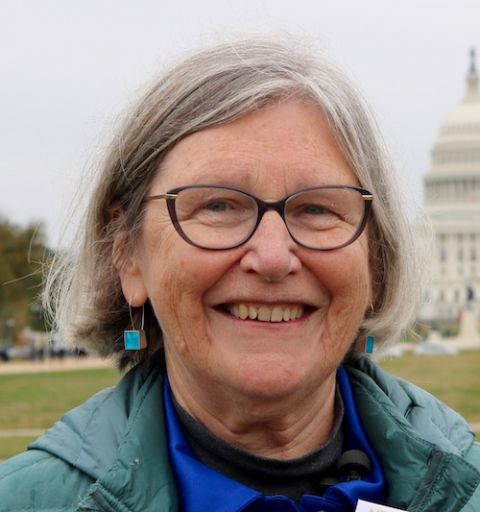 "The coronavirus has exposed the gaps that leave our nation vulnerable. Just like we did 10 years ago with the ACA, let's mend the gaps," Campbell said in a written statement. "People with the coronavirus have a communal duty to seek medical help, and our nation has a communal duty to ensure that cost doesn't get in the way of their diagnosis and treatment. This is an anniversary to celebrate AND use as a springboard to ensure that all of our people have quality, affordable, accessible, and equitable health care."

"These are times that shake one's soul," Thomas said. "Mission is very important right now. You've got to be very clear-thinking on what you are about."

Fortunately, she said, the health system has invested heavily in e-medicine (or telemedicine) which allows health care to be extended hundreds of miles. E-medicine uses technology to allow a health care professional to diagnose patients, prescribe medicines or order treatment for patients who are not on-site, even if they are hours away from a hospital.

"It's like a person being in the room with you," Thomas said. "We said long ago, people living in a rural community should not have a lower level of service. This allows us to do that." 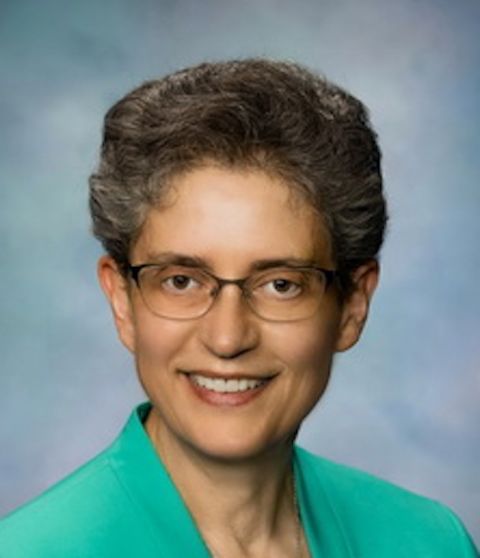 Sr. Mary Thomas, of the Sisters of the Presentation of the Blessed Virgin Mary (Courtesy of the PBVM Sisters)

E-medicine also allows patients who may have COVID-19 to be diagnosed at, say, a small, rural clinic near their homes rather than having to travel to a hospital in a larger area, where they could expose many more people. That has also led to a reversal in the usual status quo, she said: Being in a rural, isolated area might now be safer than being in a heavily populated urban area because it's easier to avoid anyone who might be carrying the virus.

Like most hospitals, Thomas said, theirs are dealing with a shortage of personal protective equipment for health care providers, like surgical masks, and the compound pharmacy has had to begin making its own hand sanitizer.

"We're trying to prepare for a surge that we hope never happens," she said. "As for the financial side of all this — we'll just have to deal with that when it's over."

For some organizations, the virus changes everything

The pandemic is affecting rural areas in other ways, as well: Organizations that depend on groups of volunteers over spring break and summer vacations are seeing only cancellations instead of youth groups.

Erin Bottomlee, executive director of St. Vincent Mission in David, Kentucky, said the cancellations mean homes in the area may not get roofs or wheelchair ramps or other repairs they need. Volunteers are so important in Appalachian coal country that many organizations build bunkhouses for groups to stay in while they serve those kept poor. The bunkhouse at St. Vincent Mission can hold up to 42 people.

Volunteer groups generally pay about $250 per person, which covers the building supplies they need and their use of the bunkhouse, but it also pays for staff salaries and other costs associated with the home repair program. With the cancellations, the costs will have to be made up some other way, Bottomlee said.

In addition, the home visits that would normally be done now to prepare for the volunteers can't be done for fear of spreading the virus. St. Vincent Mission's food pantry now is operated as a drive-thru, classes the mission offers have been canceled, and the thrift store is closed.

"We used to deliver food and visit with people," Bottomlee said. "Now, we're just dropping food on the porch and leaving."

One silver lining, she said, would be if groups that cannot send volunteers still send money. Then the agency could hire local workers instead, giving the economy a badly needed boost.

That local focus is also being seen on the United States' southern border.

Sr. Norma Pimentel, a Missionaries of Jesus sister, is executive director of Catholic Charities of the Rio Grande Valley in Brownsville, Texas, where she runs the Humanitarian Respite Center, caring for migrants released by U.S. Immigration and Customs Enforcement and U.S. Border Patrol.

More than 150,000 migrants have passed through the agency's doors since 2014, but those numbers have dropped dramatically with the Migrant Protection Protocols, or the "Remain in Mexico" policy, Pimentel said. That has allowed her agency to better serve local residents and to gear up for the needs that will be exacerbated if COVID-19 infections rise in the area.

"This is one of the poorest communities in the nation," Pimentel said. "So we're organizing to deliver food to the elderly, and at the downtown Humanitarian Respite Center, we're feeding the homeless."

Catholic Charities is assisting agencies serving the approximately 2,500 people on the Mexico side of the border who are waiting for asylum hearings, including gearing up for a medical response if the virus arrives.

"If the virus does hit there, it's going to be difficult to contain," she said. "We're building a separate tent and working with Mexican authorities."

But things have changed dramatically from when buses filled with people released from detention would arrive at the Humanitarian Respite Center daily needing food, clothing and shelter.

"The focus is very different," Pimentel said. "Now, our focus is more on the people [already] here."