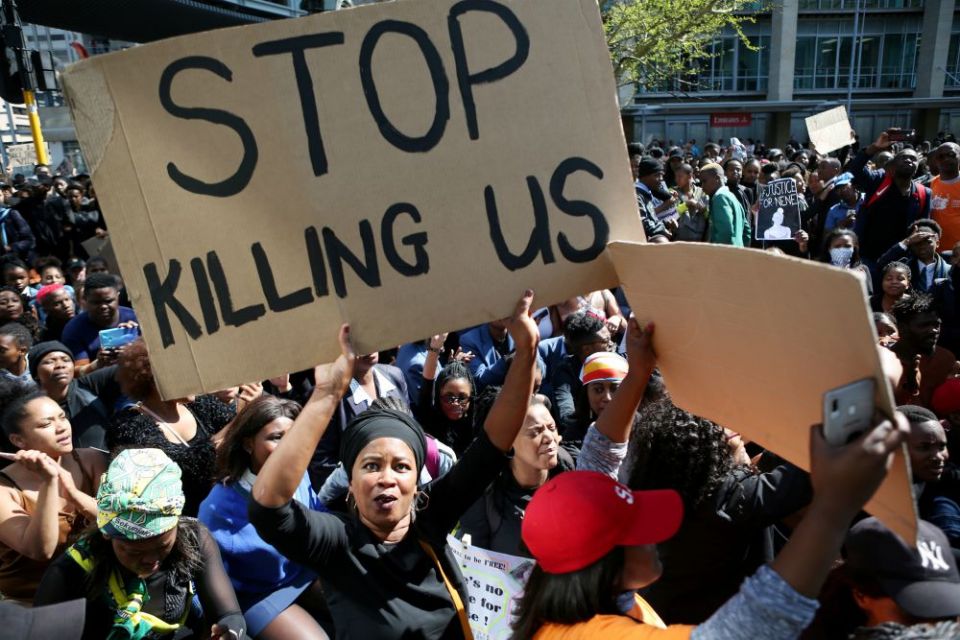 A woman holds a sign as demonstrators gather Sept. 4 at the World Economic Forum on Africa in Cape Town during a protest against gender-based violence. (CNS/Reuters/Sumaya Hisham)

Johannesburg, South Africa — Covering her face with her black jacket in her sitting room in Jeppestown, a suburb of Johannesburg, a Malawian woman tells how she was sexually and physically assaulted by her attackers on Sept. 2 during xenophobic violence that left at least 12 people dead.

A machete-wielding gang, believed to have targeted foreign-owned shops and businesses, raided her grocery shop, looting items and robbing her of money and other valuables before they finally assaulted her.

"I still shiver when I recall that day. I didn't imagine they could do that to me. They were touching me everywhere until I screamed for help," said the 30-year-old mother of one, as tears streamed down her cheeks. "They ruthlessly accused me of bringing HIV/AIDS to South Africa and taking their jobs and husbands."

"They called me names like 'slut' and 'whore,' " the woman, who prefers anonymity for fear of stigmatization, told Global Sisters Report. "They think we are prostitutes, and [that] sleeping with us forcefully is not a crime. They think they have a right to rape us."

This experience is one of thousands of cases illustrating violence against women in South Africa. The country has witnessed high levels of sexual assault over the past year. According to Ministry of Police statistics, sexual offenses including rape have risen by 4.6% this fiscal year. The total of 52,420 cases includes crimes such as rape, assault related to sexual attack, and sexual contact offenses.

The situation gets worse when there is a wave of xenophobic attacks, police say, but there are no official figures on sexual or gender-based violence against migrant women. Yet, in a 2018 Institute for Security Studies report on migrant women in South Africa, most women cited gender-based or sexual violence as one of their top threats.

Sr. Nkhensani Shibambu, who is the superior general of the congregation of Companions of St. Angela, said cases of sexual and gender-based violence have increased during the recent xenophobic attacks. Protesters often take advantage of the situation to sexually punish and humiliate women of different nationalities and ethnic groups, she said. 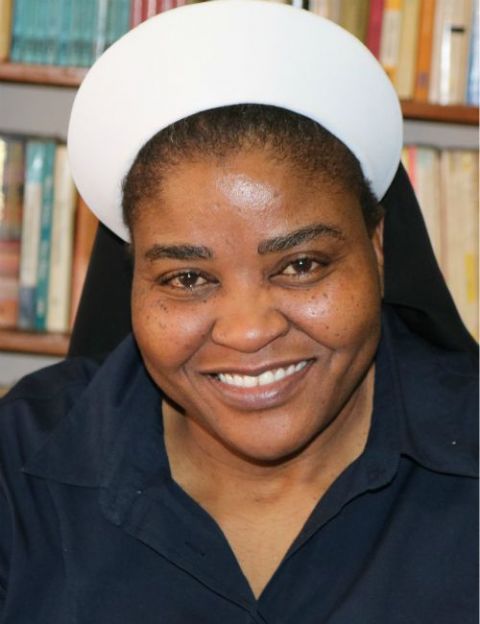 "Gender-based violence has increased during xenophobia and we urge the government to act swiftly and punish perpetrators," said Shibambu. "Women, being more vulnerable to sexual violence, bear the brunt of this violence. Our country is bleeding, and we have to save it from such violent acts against women. We have been brought up in a violent society where women are viewed as property owned by men and they can be abused anytime."

South Africa's president Cyril Ramaphosa said that indeed gender-based violence had increased during xenophobic attacks that began Sept. 1 and targeted foreign-owned businesses in and around Johannesburg, South Africa's largest city. However, he vowed to curb the scourge by immediately proposing laws in parliament.

He also condemned recent murders of South African women. "The nation is mourning the deaths of several women and girls who were murdered by men," he said, referring to the recent murder of a Cape Town university student who was attacked and raped before she was killed. "The collective anger, the pain and the fear that these killings have caused must strengthen our resolve to end all forms of violence and abuse perpetrated by men against women." 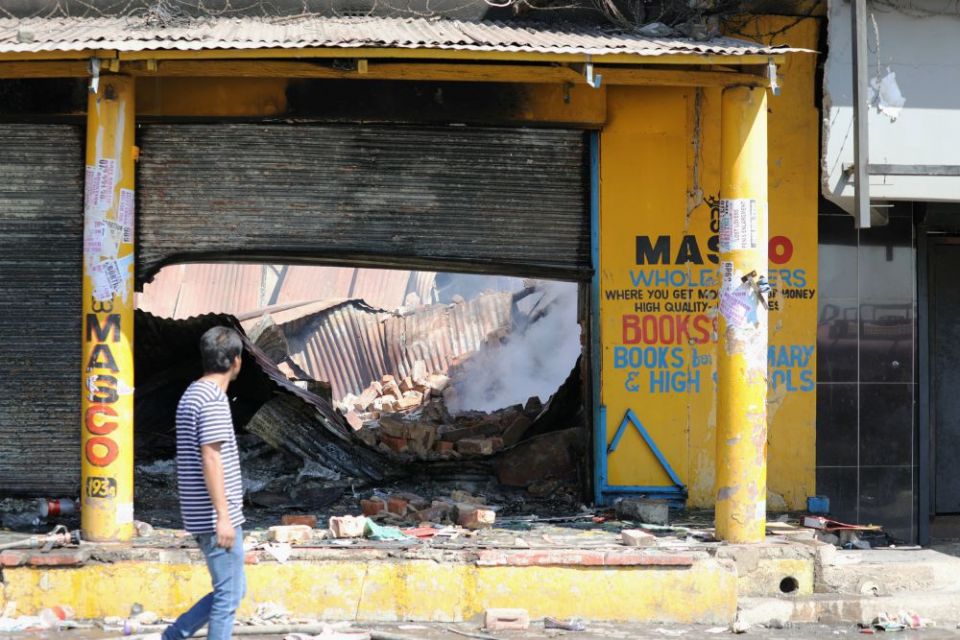 "We align ourselves with all the statements that have been released by the Church and echo the same sentiments against xenophobia and gender-based violence/femicide as crimes against humanity," their statement reads. "This mandala [a universal symbol] is a call for us to go back to this center who is Christ himself and give witness to the Gospel of Peace so as to promote unity, harmony and dignity amongst all humankind."

Attacks against foreigners in the southern African nation are not new. There have been almost 600 attacks since the end of apartheid in 1994, including the 2008 violence that left 62 foreign nationals dead.

The country of almost 58 million people is a major destination for economic migrants from neighboring Lesotho, Mozambique and Zimbabwe. Others come from much farther away, including Nigeria and South Asia. The country on the southernmost tip of the African continent is home to about 4.2 million foreign nationals who make up about 7 percent of the population.

The number of African women migrating to South Africa is growing significantly. The latest U.N. report shows that the number of woman migrants in 2017 was 1.8 million, more than quadrupling since 2001.

Recent statistics by the South African Police Service show that a woman is murdered every three hours. The World Health Organization also indicates that the country has one of the highest rates of rape in the world and ranks fourth out of 183 countries in femicide, or the killing of a woman or girl on account of her gender, with neighboring Lesotho ranked third.

Some political leaders unable to deliver services and employment for their native constituents have been accused of fueling xenophobic attacks by blaming foreigners for taking people's jobs and dominating businesses meant for locals. 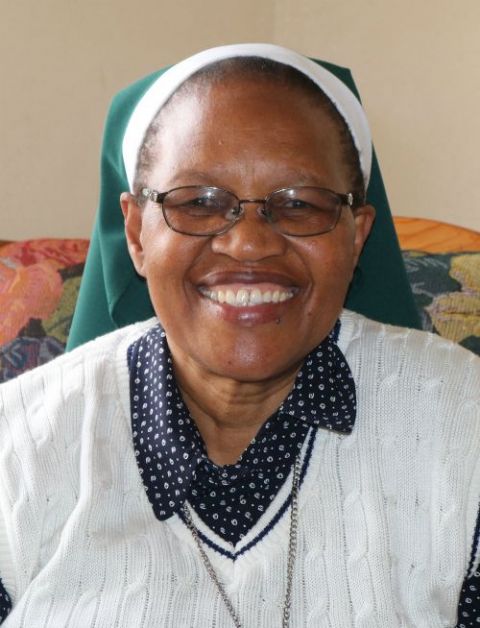 In Alexandra, a township north of the capital, a Zimbabwean man sat in a wheelchair in the center of his sitting room and winced in obvious pain as he narrated his ordeal at the hands of his attackers on Sept. 3.

He said one of the attackers told him, "You will leave this country, you have taken everything from us," before stabbing him with a kitchen knife.

"I had hid under the bed and put my children in the toilet [room] while attackers with machetes and other weapons stole everything of value from my shop," said the 35-year–old father of two, with visible injuries on his abdomen, head and leg. "They thought they had killed me and continued to search for my wife who had escaped and taken refuge at our neighbor's house."

Sr. Letta Mosue, the superior general of St. Brigid congregation, said it was important for the country to address the root causes of xenophobia. Leaders can end these attacks on foreigners by addressing poor governance, corruption, economic meltdown and conflict, she said.

"Corruption is the biggest cause of attacks — where people don't want to work hard so they end up attacking innocent people who came to South Africa to earn a living," said Mosue. "Drug abuse among youths and joblessness leads them to attacking migrants. Our leaders should address such issues."

Mosue urged leaders and citizens to collaborate and end gender-based violence by empowering both girls and boys.

"People are now concentrating to empower [girls] while boys are being neglected, and as a result they abuse the girls," she said. "But it's very sad, and I wish people could realize the value of others and their sufferings."

Shibambu, Mosue and other religious women are playing a key role in ending gender-based violence by hosting workshops across the country in an attempt to transform how men think about domestic abuse.

Shibambu engages leaders in the community and church to raise awareness about violence against women and girls and promote equality in their areas, as well as challenge stereotypes of men and women.

"We try to teach the community that all of us are equal before God despite where one comes from, and human dignity and life should be considered," she said. "We reach out to community on the grassroots to find lasting solutions to this violence against women."

Bishop Victor Phalana of Klerksdorp Diocese said the issue of xenophobia and gender-based violence needed to be solved spiritually and through reconciliation, noting that the church should address it from a biblical and theological perspective.

"People in this country are angry, dissatisfied with economical disparity, unemployed and feeling jealousy. They need God to save them from this frustration," he urged. "As a church, we are reconciling with people affected. … The youth need to be empowered for the better of this nation."

In the meantime, the Malawian woman who was attacked in her grocery store is pleading with the government to protect women like her. She said many of them fear reporting cases of sexual violence to the police because they don't have valid immigration documents.

"We suffer in silence as migrant women. They rape you, but you cannot report it anywhere. They will deport you because many of us are undocumented," she said, adding, "People who are taking advantage of us may never experience peace."

The bread of life, daily