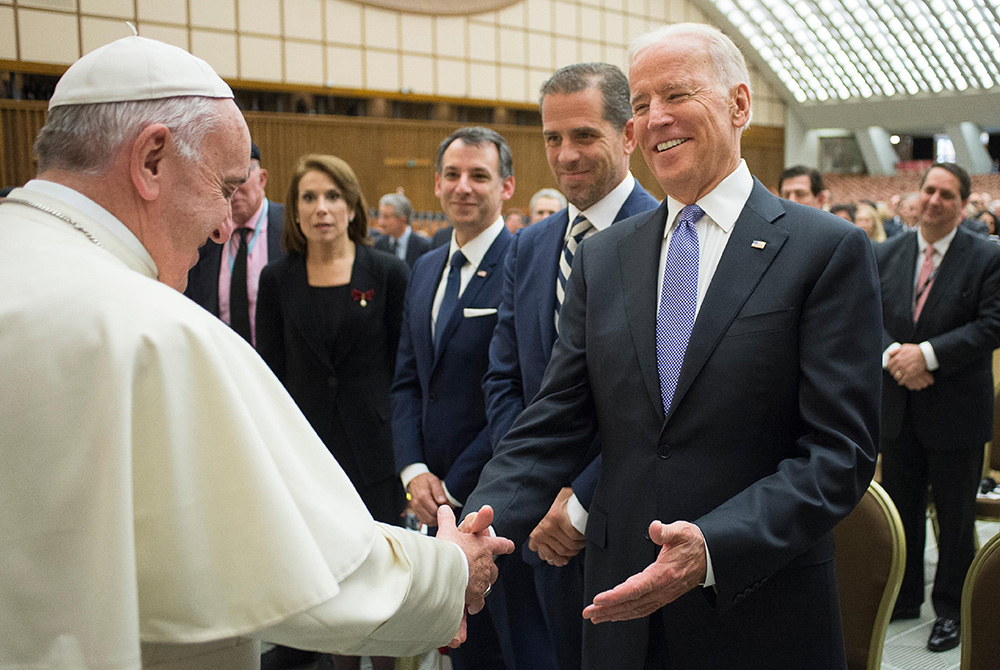 Catholic women religious in the United States want to see many different things from the new administration that took over the White House on Jan. 20. While it's no surprise that those sisters interviewed by Global Sisters Report want to see policies more in line with Catholic social justice teaching, over and over, all of them kept coming back to the issue of character. 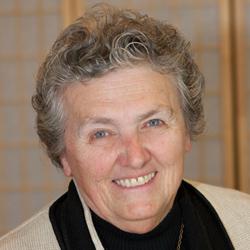 As the nation reels from a Jan. 6 insurrection at the Capitol and the upcoming impeachment trial in the Senate, sisters said the new administration, led by President Joe Biden, will be a relief.

"Did anyone notice during this entire presidential campaign what was said most about Joe Biden? It was that he's a good man," Sr. Joan Chittister, a Benedictine Sister of Erie, Pennsylvania, and the co-chair of the Global Peace Initiative of Women, told GSR. "[People] are looking for character. They're looking for quality."

Sr. Marcia Hall, vocation director for the Oblate Sisters of Providence in Baltimore, Maryland, said she is looking for a return of civility.

"One of my cousins a few months ago said, 'I just want somebody decent.' I think we have someone decent" in Biden, Hall said. "Not to say he's not going to make mistakes, because he's human. But he's decent." 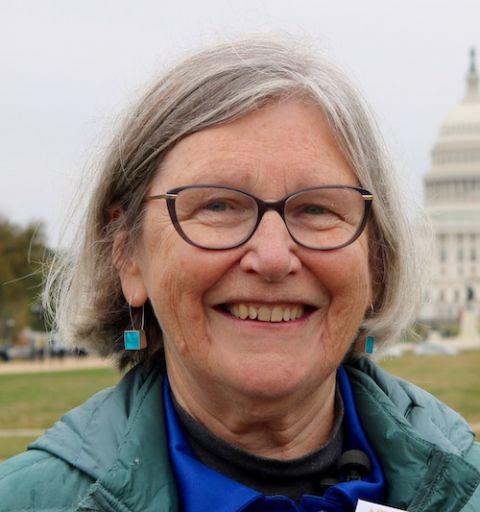 Sr. Simone Campbell of the Sisters of Social Service, executive director of Network, a Catholic social justice lobby, said Biden's Catholic faith is inseparable from who he is.

"One of the things that's good for [progressive Catholics] is Biden's serious Catholicism and his knowledge of Catholicism and social justice," Campbell said. "It's the politics of encounter. That's woven into who he is."

Chittister said sisters' calls for better policies on issues such as ecology, the economy, health care, just wages and racial equity will have a chance of being answered.

"It's a long list. How are you going to get all that? What I will be [looking] for is the character and the quality of the leadership and the recommitment to the Constitution," she said. "I'm looking for character."

Biden is scheduled to begin his first full day in office Jan. 21 with a prayer service at the National Cathedral, with guests including Sr. Carol Keehan, a Daughter of Charity and the former president and CEO of the Catholic Health Association, and Sr. Norma Pimentel, a Missionaries of Jesus sister and executive director of Catholic Charities of the Rio Grande Valley in Brownsville, Texas, where she cares for migrants released by U.S. Immigration and Customs Enforcement and U.S. Border Patrol.

Holy Cross Sr. Verónica Fajardo is looking for the end of family separations at the U.S.-Mexico border. Fajardo is a counselor at Holy Cross Ministries in Salt Lake City, Utah, where she works with clients facing deportation.

"The separation of families: For me, that would be a big one," Fajardo said. "People are living with so much uncertainty. For many clients, [Biden's election] is already a relief for them."

She would also like to see the Deferred Action for Childhood Arrivals program, which allows people brought to the United States illegally as children to have a legal status, made permanent.

Hall said she looks forward to having an administration that is focused on stopping the coronavirus pandemic rather than on downplaying it. As of Jan. 14, more than 386,900 people in the United States have died from COVID-19. 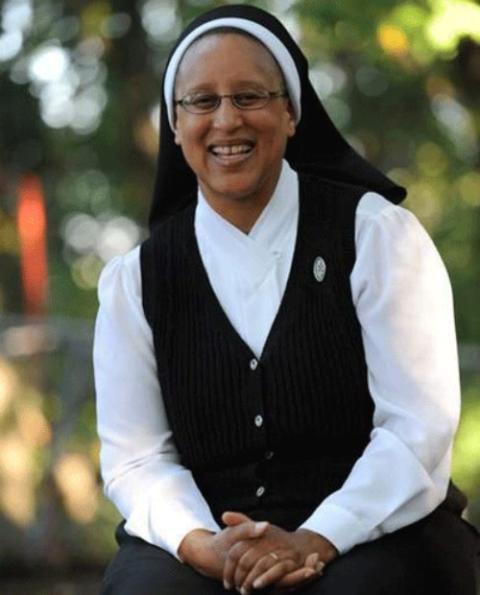 Sr. Marcia Hall of the Oblate Sisters of Providence (Courtesy of Destiny Productions)

"Biden obviously cares," Hall said. "He's already talking about walking in the door with a plan: 'Boom, this is what we're going to do.' "

The response to the pandemic is also tied to the economy and a safety net for those without jobs. It has disproportionately affected communities of color: Indigenous, Black and Hispanic Americans are about 1.5 times more likely to be infected with the coronavirus and nearly 3 times more likely to die from it, according to the Centers for Disease Control and Prevention.

"So many people are out of work," Hall said. "There's got to be something more than a stimulus check that's not even going to pay the rent."

Campbell said Network has been pushing for a coherent national pandemic response since the crisis began but expects one will be in place soon. 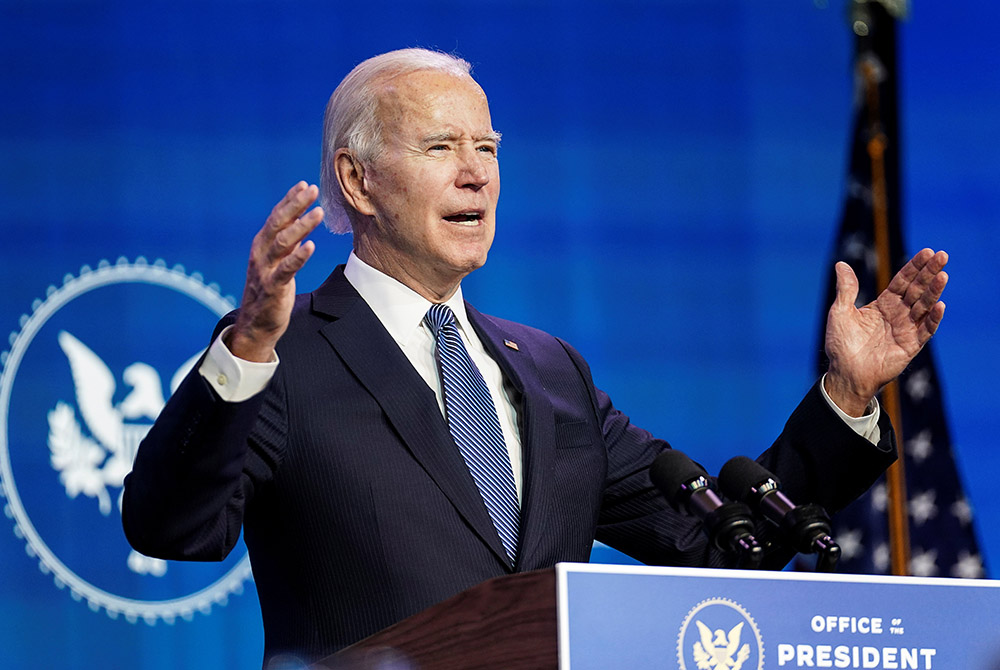 "Within the first 100 days, they need to get this national policy going and make it work for the most vulnerable in society," she said. "The current administration has abdicated all responsibility."

"The bill [Congress] passed only goes through March," Campbell said. "But unemployment is still going to be very high. People will still be traumatized. We need an administration that doesn't take this stopgap approach."

Campbell said the Biden administration also needs to do more about racial equity than just talk about it.

"We're hoping they'll focus on racial equity to the point where it's in someone's job description at the White House level," she said.

Hall said there is already a stark contrast between administrations when it comes to race.

"What Biden said about how people were treated at Black Lives Matter protests versus how they were treated [during the Jan. 6 riot at the Capitol]: No other president has ever said that," she said.

But for all the alignment on social justice teaching, there is one glaring issue many sisters simply cannot ignore: The Biden administration will be markedly pro-choice even though Biden personally opposes abortion.

Chittister said she and other progressive Catholics want the issue of abortion addressed holistically rather than adapting a single-issue theology, a stance some interpret to mean they are not pro-life.

"I am opposed to abortion, and I have been saying that for 40 years," she said. "But I don't buy the notion that there is such a thing as a pro-life movement. They're pro-birth." 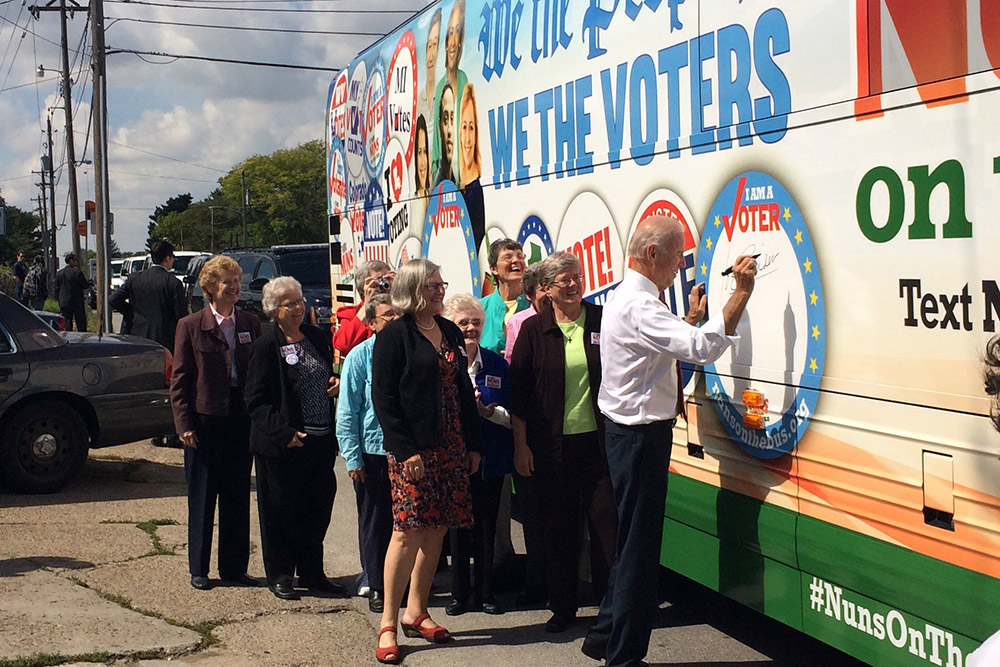 Joe Biden signs his name to the Network Nuns on the Bus official vehicle for the 2014 tour after speaking at the kickoff rally in front of the Iowa State Capitol in September 2014, when Biden was vice president. The nuns on the bus are behind him along with Sr. Simone Campbell, Network's executive director (in red shoes). (Courtesy of Network)

Chittister said Biden's win came as a great relief and restored her faith in the electorate.

"I do not go to my grave thinking nothing has changed," she said.