Editor's note: Global Sisters Report is featuring interviews every other week with Catholic sisters and former sisters who worked and/or marched in Selma, Alabama, in 1965. We wanted to give them an opportunity to share their thoughts about current racial events, protests and Black Lives Matter. GSR invites any sister or former sister involved in Selma in 1965 to be part of this Q&A series. Email Carol Coburn at Carol.Coburn@avila.edu if you would like to be interviewed.

Although Mercy Sr. Patricia McCann and her companions told the Birmingham, Alabama, police officers that they were participating in a "spring educational tour of the South," the four buses with Pennsylvania license plates told a different story.

McCann, Mercy Sr. De Lellis Laboon and other faculty mentors were supervising the buses, which were full of students from Carlow University (then Mount Mercy College), the University of Pittsburgh and Duquesne University. They planned to participate in the Selma to Montgomery march in 1965. Skeptical but with no grounds to hold them, the officers begrudgingly waved them on.

As she wrote in the Pittsburgh Post-Gazette in 2015, McCann's worries had only begun.

Mercy Sr. Patricia McCann in 1961 (Courtesy of the Sisters of Mercy)

When they arrived in Montgomery, they saw the Confederate flag flying over the capitol and noticed "all along the street cars were parked with two or three white KKK men sitting in them. You could feel anxiety mounting," she wrote.

Within minutes of walking to join the larger group of marchers, McCann saw "police on horseback carrying bull whips. They began to beat the hymn-singing marchers. Kids scattered everywhere to get away from the horses and whips. ... There was blood, and crying and screaming all around us. A group of us ran up on the porch of a house to escape, but a white woman came out with a butcher knife and ordered us '[expletive] lovers' off her porch," she wrote, referring to a racist slur.

''Because of what we'd seen, we were traumatized," McCann told Global Sisters Report in retelling the story. "A number of students were hospitalized, but our group of students luckily were OK."

McCann said her courage came from her Irish parents, who told stories of the "bad days" of her ancestors under penal laws in Ireland. Her father taught her the "importance of politics to achieve justice" and told her always do two things: go to Mass and vote. Her Mercy teachers and sisters reinforced what became a lifelong focus of working toward social justice.

"I've been in the Sisters of Mercy for 65 years," she told GSR, and "I've lived most of my life as a teacher, particularly in history."

She also served on the Mercy leadership team in a variety of administrative roles. McCann retired from teaching in the mid-1990s, then served as an archivist during the building of the Mercy Heritage Center in Belmont, North Carolina. She never relinquished her love of social justice and continues to be an advocate through her work at McAuley Ministries.

"I write, speak and work on committees wherever I can serve social justice," she said.

Consequently, as a young Mercy sister in 1965, she did not hesitate the day Laboon showed her a letter from John Lewis and the Student Nonviolent Coordinating Committee, requesting that college students come to Montgomery.

GSR: Compare your Selma experience in 1965 with what you're seeing today with the Black Lives Matter movement in 2020.

McCann: The goal is the same: equality under the law.

One big difference is the existence of social media. No cellphones existed in 1965. When students were attacked by the police, which was a terrible day, it was frightening in every way. We had no way to check on our students who scattered when chased by unidentified men on horseback with clubs and whips. We had no way to find out if students were safe, dead, in the hospital. That was awful. That was a radical difference.

Another difference is that there is so much more public awareness about white supremacy and QAnon. There is more opportunity for hatred to be expressed openly now. This makes it so much more difficult to deal with. I'm hopeful that it's the last gasp for racial bigotry. A lot of the resistance of white people, particularly older people of my generation, is fear-based.

We've made tremendous strides since 1965. In 1965, we felt like this was going to be the end of the racial divide in the United States, but, of course, it didn't end. The Supreme Court decision [Shelby County v. Holder in 2013] that diminished the Voting Rights Act of 1965 was devastating. The ways of denying the vote now are more subtle. It seems darker and is a frightening time of hatred and division.

What did you learn in Selma that would be useful for the current protests?

Going to Selma was definitely a life-changing event for me personally. I learned so much because although I knew about the oppression of Black people, I had never seen it before. I had never been in the middle of it. That made it so much more real.

Black families sheltered us after we had been attacked. I met an African American man, a decorated Marine in World War II, who had never been allowed to vote because when he would go to the polls, they asked him to write the Constitution. That was the test that would allow him to vote. It was so powerful to meet people in Montgomery and understand that was their reality.

What would be your advice to young activists?

The Black Lives Matter movement gets it. Their leadership knows what kinds of strategies they have to use. Obviously, white people get frightened by the violence that has occurred in protest movements. Most violence is done by people brought in to do it because it detracts from the effectiveness of the protests.

Young Black leaders I meet in Pittsburgh are sharp and know where things need to go and know how to get there. At McAuley Ministries, we work with nonprofit organizations that address social problems in Black communities. I meet young, smart CEOs of these organizations. Consequently, the Black Lives Matter leadership really understands how to achieve goals and the importance of determination, peacefulness, collaboration and all those good qualities. They are not the rioters or the instigators of violence. The more that message can become clear, the sowers of discord cannot win. 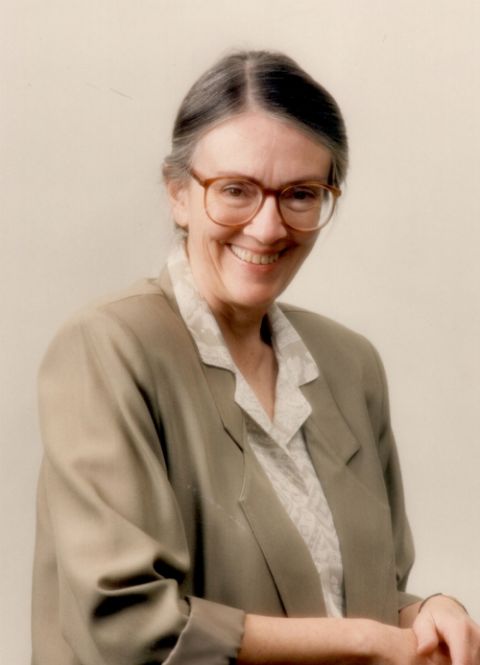 Mercy Sr. Patricia McCann (Courtesy of the Sisters of Mercy)

What would be your top priorities for change in the current climate, and are we at a tipping point?

One thing that is a high priority is that people must be informed and politically active so we can guarantee free and honest elections. Ultimately, changing social structures is what will change society. People need to be the leaders and participants in that change.

Education — quality education — is also a top priority. When I see what I call the "dark side" — movements of white supremacy, neo-Nazis and hate groups who are afraid of the "other" — then I know that education must be a priority. I taught a course called "Problems in Democracy." Now, when I look at what is going on, I wonder if we did a poor job in educating.

Currently, the pandemic is undermining quality education so much. But I have a lot of confidence in young people. College kids at Carlow University are nothing like what I was like. I find them to be so on target in terms of what they value as important. I have hopes for the future, but how we'll get there is the problem.

I'm hopeful it is a tipping point. When you see these large groups demonstrating now, they are clearly mixed-race groups. There are white people, Black people, Hispanics and Asians, so I think we're at a point to advance. There may have to be setbacks again, but global protest events are happening amid nationalistic xenophobia. That encourages me.

What do you see as the role of religious congregations in contemporary events?

We need to continue what we've been doing and saying for decades. We've been on the forefront of civil rights and social justice issues.

I was reading a statement by Joe Biden about the nuns who taught him in grade school. He stated that one of the reasons he probably was still a practicing Catholic is because of the nuns. These women were people in his life who exemplified the kind of values that he was drawn to.

We have to continue to be a thorn in the side of injustice. We have to be focused on the social Gospel and be present where the hard stuff is happening. We need to still march when we can and, of course, pray. The most elderly nuns I know, every single day, they pray for an end to racism. They pray for it out loud, wanting to be a voice for good. We cannot retreat into any kind of a protective shell.

Years later, upon returning to Pittsburgh, my new parish was white only. The segregation by color was so visible to me. But I realized that those people in Pittsburgh were not aware of that because they hadn't had the experience of a diverse parish as I had. This is really, really important: We have to be among people who are not like us in order to really experience that people are people. Only then we can get beyond things that allow us to keep separate.

Q & A with Sr. Christina Neumann