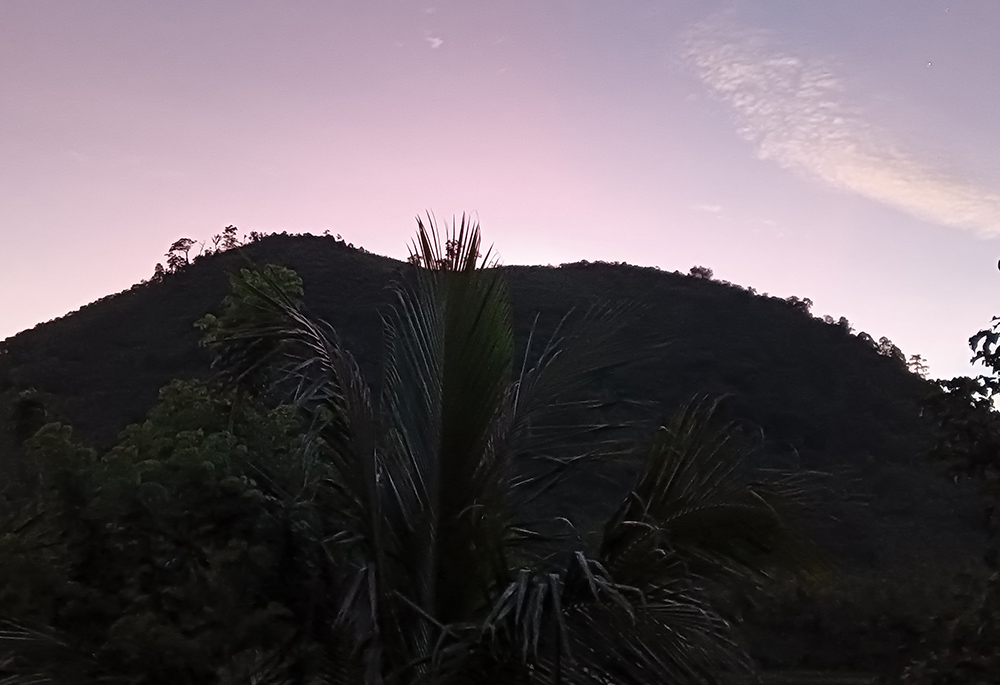 The dawn of a new tomorrow is slow, but with hope in sight for those who love. Now that the elections are over in the Philippines, the future is wide open for history to repeat itself. (Marjorie Guingona)

Love even the most abandoned: love whatever faith in Christ remains in them; if they have lost this, love their virtues; if these have gone, love the holy likeness they bear, love the blood of Christ through which you trust they are redeemed.
–St. Ignatius of Loyola

It was almost a stampede when the school gates opened May 9! The day of our national and local elections was like a high school intramural contest here in the city of Pagadian, southern Philippines. I was one of the few odd ones amidst the throngs of people wearing red and orange as they carried the colors of their respective candidates. I felt I was being crushed in the crowd as I clutched my rosary in one hand and my already crumpled "sacred list" in the other.

The lines were long and winding outside the polling precincts. I realized that this was partly due to a massive vote buying scheme that drove people to choose certain politicians running for public office. It pains me to see how a large majority of my people have easily traded our dignity and self-worth for a few thousand pesos.

I could not blame them. There is poverty in this country. People are hungry and jobless. The education system is in a deplorable state as basic services trickle down to those in the margins of society. Worst of all, our moral values have gone down the drain despite the fact that we are a nation where the majority are Catholic Christians.

It is no wonder therefore that Ferdinand "Bongbong" Marcos Jr., the son of the former dictator Ferdinand Marcos won after years of unobtrusively investing a gargantuan sum of money rewriting history. Along with well-paid computer experts, he waged a relentless disinformation campaign through social media against his staunchest opponent, Vice President Leonor "Leni" Robredo.

According to F.V. Aguilar, a history professor at Ateneo de Manila University, this election was a lopsided fight for there was no level playing field.

It was an uphill fight, despite the fact that Robredo had gained a tremendous following as seen from her rallies all over the country and the millions of overseas Filipino workers, or OFWs, abroad. She painted the hearts of the people with the color pink, symbolizing radical love, truth, goodness and light in the face of the dark forces of lies, deception and the insatiable greed for power, prestige and pleasure.

The election results dismally showed him winning by a landslide, a result of years of orchestrating a sure victory after his loss of the vice presidency in the national elections of 2016. We should have seen it coming, but we were the "hero" too late — time was not on our side. Now, we are paying the price of our indifference and inaction after those shining moments of "People Power" in 1986, when the dictatorship of Marcos was dismantled peacefully without bloodshed. 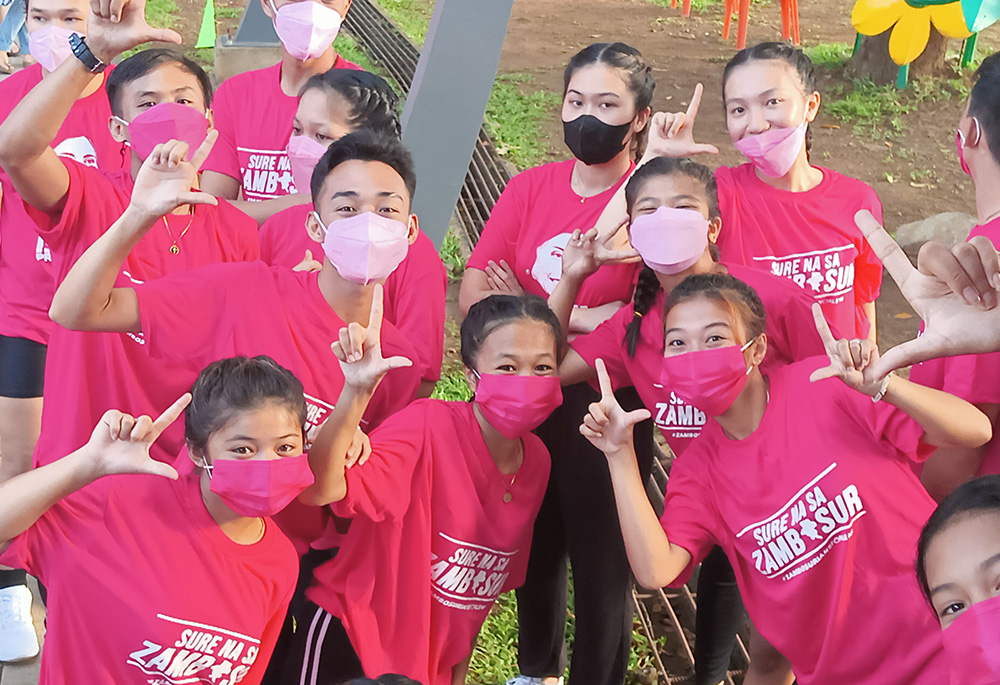 The spirit of volunteerism among the youth is so inspiring, it has paved the way for the "pink movement" of presidential candidate and outgoing Vice President Leni Robredo to continue even after the elections in the Philippines. (Marjorie Guingona)

They say that you'll only value something deeply when it's gone. I believe that democracy and freedom are not just values extolled on a pedestal; rather they play a very essential role for a nation to thrive — not just survive.

I woke up in Nicaragua the morning of April 18, 2018, with a serious political storm brewing. It was a nightmare that I never thought I would experience in that already impoverished Central American country. I was horrified to watch the news on television about pro-government Sandinista youth violently mobbing a small group of people demonstrating peacefully against the "reforms" on social security decreed by the conjugal dictators Daniel Ortega and Rosario Murillo.

People took to the streets but they were assaulted, imprisoned and tortured. Many fled the country fearing for their lives and their loved ones' safety. I could not forget the horrors when a large platoon of military armed forces invaded the streets of our little town in Jinotepe in order to make a "Clean Up Drive." It meant wiping out active dissenters trying to defend the silent voice of the majority with home-made weapons. This resulted in the death of 24 young people and countless wounded. It was a very sad day — a massacre of the innocent youth, a crime against humanity.

Now that the elections are over in the Philippines, the future is wide open for history to repeat itself. There is fear and anxiety for those who have lived the dark ages of martial law. It's not easy to accept a victory that was dishonest from the outset. I am reminded of what Booker T. Washington said: "A lie doesn't become truth, wrong doesn't become right and evil doesn't become good just because it's accepted by a majority." And yet life has to go on with the hope that in the end, the truth will set us free one day in the future.

As we navigate once more in uncharted waters, there are those who have chosen to shy away from this seemingly futile battle against evil in our society. But I — along with the millions of patriotic youth volunteers and freedom-loving citizens who have awakened to do the same through a constructive engagement for good governance — have chosen to take the road less traveled, where the values of God's reign shall be our guiding light.

Leni Robredo's pink revolution is far from over. On the contrary, it's just beginning. Once again, we are in for the long haul and the new dawn in our history may be slow, but we can see the light of hope at the end of the long dark tunnel.

Once more, I choose to be a part of the solution by walking the grey zone by humbly putting aside negativities to make way for growth and transformation. This is in spite of the weeds in the field that make it difficult for the wheat to grow and prosper abundantly. I still have more questions than answers, but a silent stirring within gives me inner strength and resilience to bounce back to life anew guided by the Spirit of love and compassion:

Once again, we stand at the juncture,
Like a shadow that never flees,
For the road ahead seems so unsure,
But a choice must be taken.

A tiny voice gently whispers,
Go not where the road's light and easy.
Blaze new trails of love, do not falter …
Seek the truth, beauty and goodness.

Walk with the wind of the Spirit blowing …
Into an ambiguous future yet unfolding,
In the darkness, millions of stars are shining,
For you are not alone in the journey …

Go deeper into life's sacred mystery,
Be dauntless in the face of adversities,
Hold your head up with grace and dignity,
Unfazed by the shallow noise and chatters.

Make bold steps towards true conversion,
Be in the world though not of this world
Never let go of your dreams and vision,
Let hope sink its roots deeper in time.

Tread the lonely path with gentleness.
Anchor your heart in the one true God,
Know that in Him you find life's fullness,
For He is the Way, the Truth and the Life.