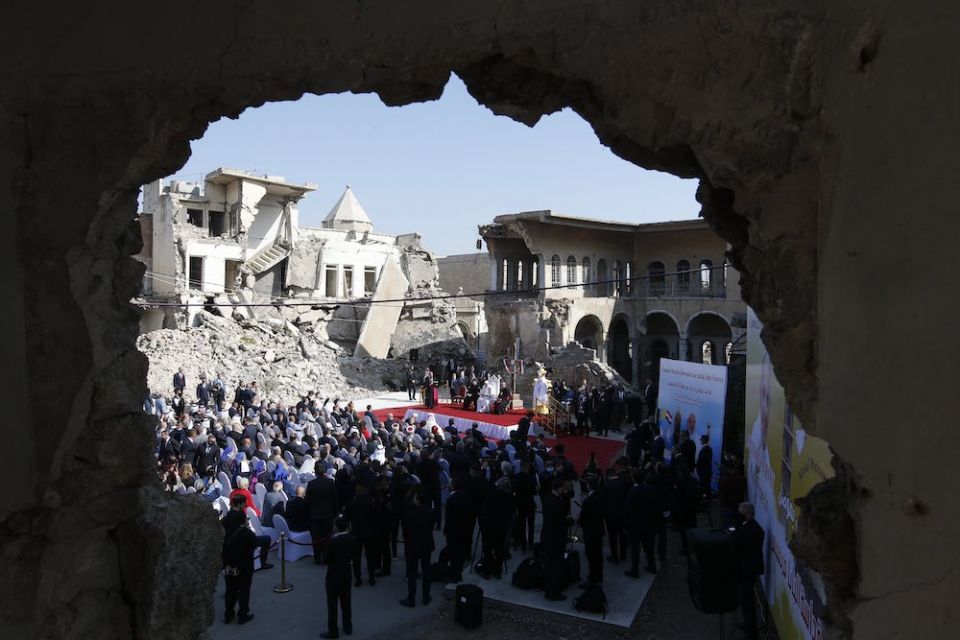 Pope Francis participates in a memorial prayer for the victims of the war at Hosh al-Bieaa, the church square, in Mosul, Iraq, March 7, 2021. (CNS/Paul Haring)

The Dominican family in the United States has stood in solidarity with our sisters and brothers in Iraq since 1999 when the first group of U.S. Dominicans visited Iraq in response to a plea from the Dominican sisters in Iraq. The country was suffering the impact of nine years of United Nations-imposed economic sanctions. "We feel as if even God has forgotten us" the sisters told then-Master General of the Order Fr. Timothy Radcliffe.

In an effort to express this solidarity, U.S. Dominicans have made multiple visits to Iraq in small delegations. Early on, we discovered that "we have family in Iraq." Sr. Reg McKillip was on the first delegation in 1999 and recalls the power of this experience:

One evening we were with the Iraqi sisters in Bagdad. The community planned a party in order to share their customs and culture with us. This was also one of the days the U.S. had bombed part of Baghdad. One sister was not happy about that and she was not shy about expressing to us Americans how she felt. During the evening, the sisters wanted to show us some of their Iraqi dances. The sister who had shared her anger was asked to lead the dance. As she was dancing, I decided to get up and dance with her. At first, it was a display of competing moves, and then all of a sudden, we began to dance in synch. It surprised both of us! We burst out laughing and hugged each other. I remember thinking, "This is my sister, we are family."

We Have Family in Iraq became our touchstone, reinforcing our commitment to not forget. We journeyed with the sisters through sanctions, the war, displacement in the time of the Islamic State group (ISIS), and their recent return, and were always eager for letters from them.

The trauma of the August 2014 displacement renewed our family connections. Six months after this displacement from the Nineveh Plains, a delegation of three Dominican sisters visited them, assuring them once again that they are not forgotten.

Sr. Arlene Flaherty, one of the three, recalls listening, more than once, to Iraqi Christians telling the story of their first Christmas displaced from their homes and forced to flee to Kurdistan by the actions of ISIS. They recalled how disconsolate they were as they gathered in a makeshift church to celebrate the feast of God's coming to dwell among us. Somewhere in the middle of the liturgy, a priest's cell phone rang. He walked to the microphone and began to translate, "A blessed Christmas to you all. This is Francis, your brother. I am calling to assure you that the entire Christian community is with you tonight. You are not forgotten. You are not alone. Jesus is dwelling with you tonight, and for the Christian community around the world, you are Jesus for us."

Pope Francis was present to them, and his words brought not only consolation, but a faith-filled conviction on that icy, dark, night that God-was-with-them.

On that same delegation, Sr. Dusty Farnan experienced that in the midst of their own displacement, the sisters were helping others to know they were not forgotten. Sister Dusty recalls the experience of coming to an unfinished three-story building, a shell of a place. With one of the Iraqi Dominican sisters, Sr. Luma Khudher, they walked up and down the halls of the building, meeting families creating separate living spaces with cardboard and curtains. All at once, a woman yelled out "hello" to Sister Luma. Turning around, Sister Luma at first did not recognize the woman — her aunt. Usually a well-dressed middle-class woman, her aunt was distraught, depressed and unkempt. Soon, Sister Luma's unknowing gave way to recognition. Giving her aunt a big hug, Sister Luma helped her aunt to know that she was not forgotten.

The most recent delegation was in November 2018. By this time, the people were returning to their original towns, grateful and also overwhelmed by the destruction of what they formally knew. 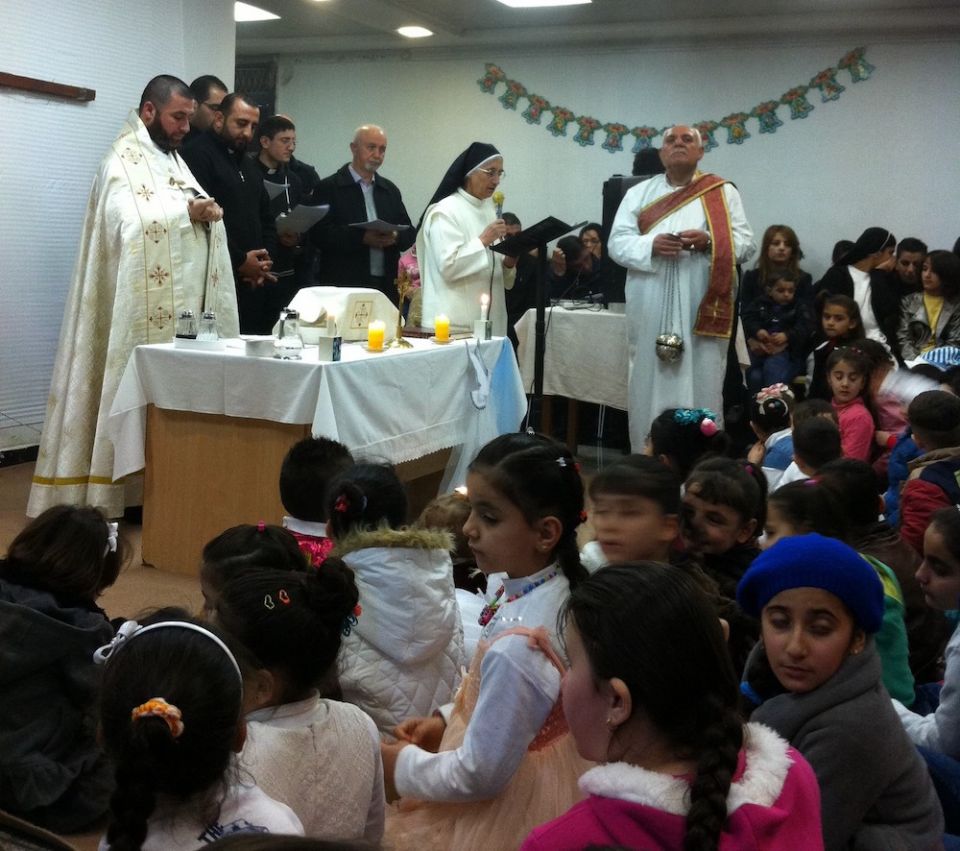 Sr. Nancy Jurecki remembers the group returning to the convent in Erbil, Kurdistan and along the way, going into a village that had just been cleared of bombs. Stopping at what had once been the home of the sisters, they gingerly walked through the rubble and found a treasure — a picture of St. Catherine of Siena. It was as though our Dominican saints, too, wanted the sisters to know they were not forgotten. The Iraqi Dominicans stood in front of the house, holding the picture and silently taking it all in. Sister Nancy felt the emotion of the moment and commented that a provident God was very real in the encounter.

As Francis prepared to visit Iraq in March 2021, Sr. Rose Ann Schlitt, also a 2018 delegation member, spoke of visualizing the anticipation and pride among the Dominican sisters and the Iraqi Christians. How wonderful that they could welcome him to ancient Mesopotamia so rich in biblical history and Christian presence, albeit diminished due to the violent upheavals and challenges of recent decades.

After the visit, the sisters in Iraq wrote to us, saying, "Many of our sisters had a great role in preparing vigils and arranging festival carnivals for the youth and all people in Christian towns during the week that preceded the Pope's visit … his presence among us made us live joy and peace beyond our expectations. We and all Iraqi people are not neglected but rather embraced by the whole world in the Pope's arms."

Marcelline and an Iraqi elder c.JPG 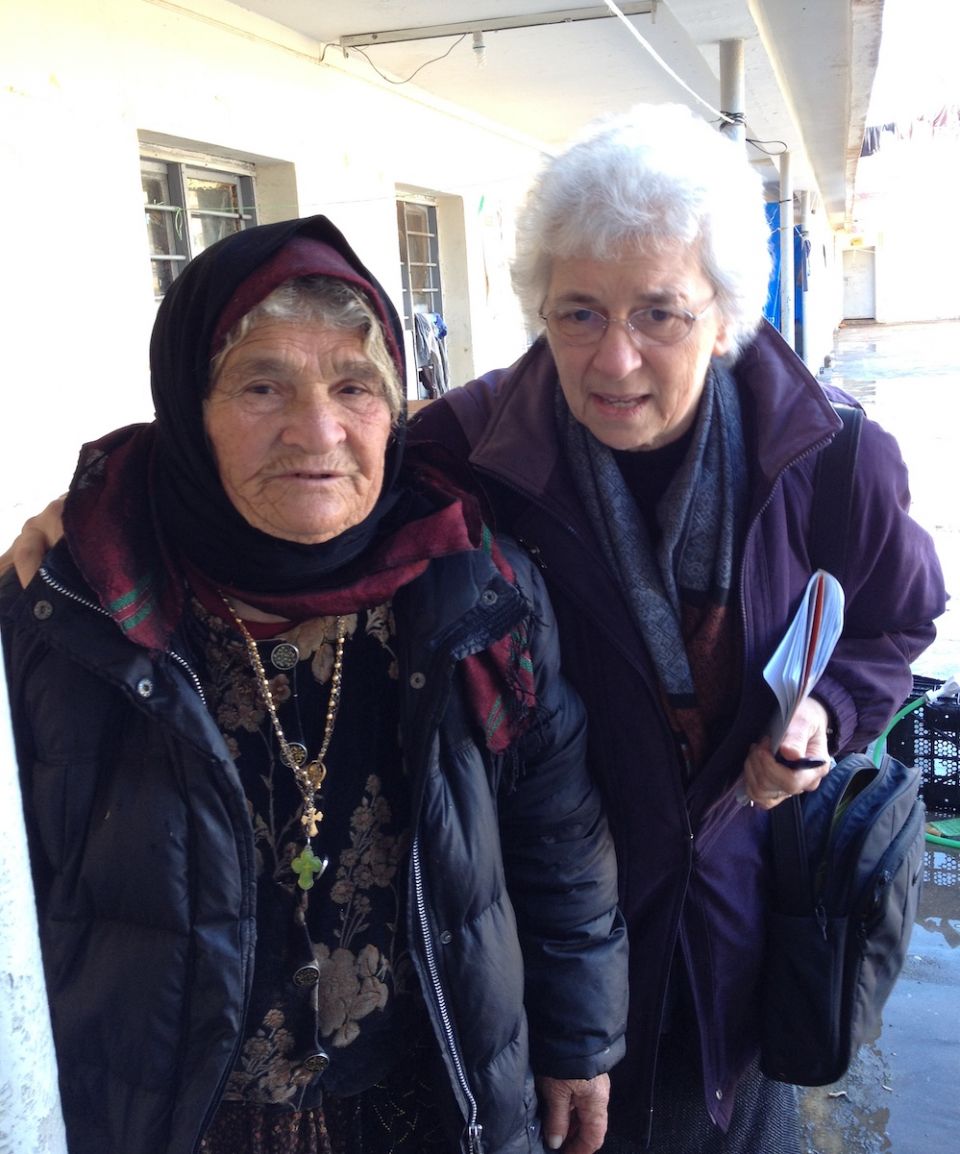 Especially significant for them was that in Mosul, "His Holiness placed His hand on the open wounds of the Iraqis, who suffered under ISIS for years, by visiting and praying in the four-church square — the churches which were destroyed because of hatred." Equally meaningful was the pope's choice to "travel by car (and not to fly as was planned) from Qaraqosh to Erbil to take the road that the displaced people from Nineveh Plain took fleeing ISIS in the night of August 6, 2014."

We U.S. Dominicans knew Pope Francis would find–in the faith-filled Iraqi Christians who have suffered so much–God-with-us. And that he would show, this time by his presence and not just his voice, that they are not forgotten. And he did. 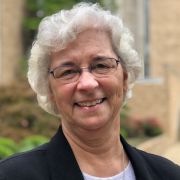 Marcelline Koch is a Dominican Sister of Springfield, Illinois, and was a member of the 2015 Dominican delegation to Iraq.

Religious Life | Not forgotten: our family in Iraq

Women in US continue to choose religious life, survey finds