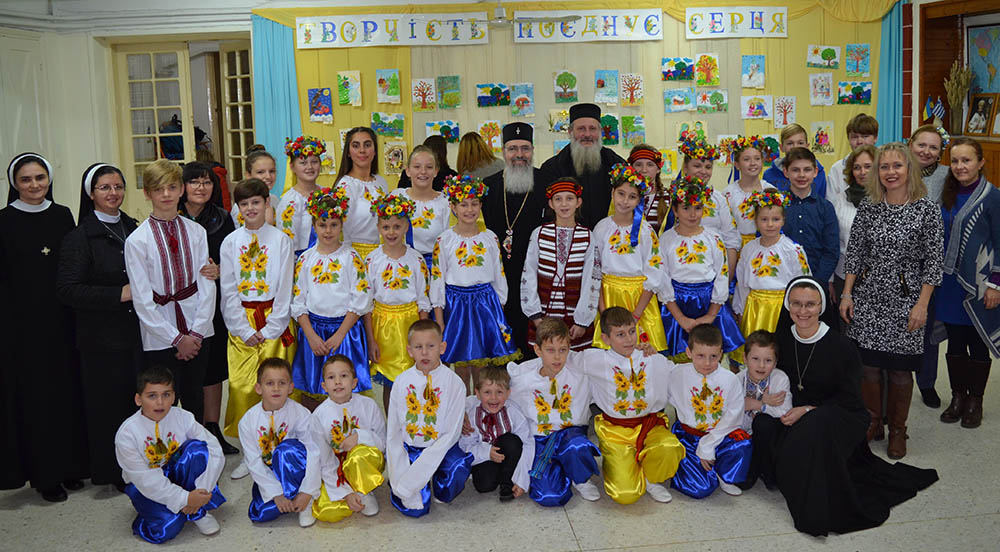 Basilian sisters with students of the Ukrainian Saturday school of Berehynia, a cultural and educational center in Athens for Ukrainians who emigrated to Greece. The bishop, center, is Manuel Nin, the apostolic exarch to Greece of the Greek Byzantine Catholic Church. (Courtesy of Veronica Oksana Galatan)

Editor's note: The current situation in Ukraine has stimulated interest by Catholic sisters writing about their communities and experiences in that country. Today, we present the third of three columns that were submitted recently.

Our order is going through a process of increasing our awareness of the importance of interculturality. When I am asked where my openness to other cultures comes from, I see the image of my family, a mosaic of people of different nationalities and faiths. This openness was first passed on to me "through my genes," although formation played an important role in expanding my intercultural worldview. 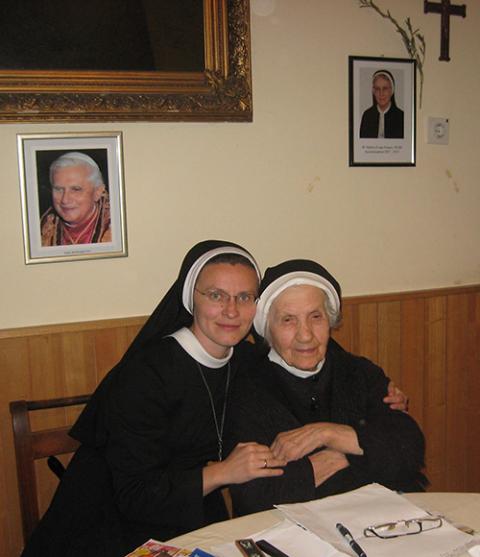 The first time I met another culture outside of Ukraine was in Croatia, where I entered the Vice-Province of the Sisters of St. Basil in 1998. Living with my Croatian sisters, I was amazed that they were the first to be interested in my Ukrainian culture and the history of my country. This prompted me to get to know their culture.

I remember how some sisters helped us learn Croatian by repeating words or sentences in Ukrainian. I even watched the Ukraine-Croatia soccer match and agreed to bake a cake for the winning country! It was a surprise when Sr. Marta prepared "kutia" (a traditional wheat dish) for Christmas Eve according to my Ukrainian custom.

I also remember the sisters talking about the war in the Balkans in the 1990s. Thanks to them, I empathized with the Croatian people, and today when I visit Croatia, I visit the grave of the Croatian president.

In Croatia, I felt at home among strangers, whom I accepted and loved as my own.

The second stage of my intercultural growth was my ministry in Zaporizhia, in eastern Ukraine, where at first I felt like a stranger in my own country. It was not in the community where I felt like a stranger, because there were only two of us sisters, but it was because of the neighbors. We were not accepted because of our Ukrainian language and history: Most of the people spoke Russian in this area of Ukraine. We often had to get off the bus sooner than our stop, so as not to get involved in arguments over language.

Bishop Hlib Lonchyna advised me to pay attention to the complex history of this region to see the reasons for the destruction of our Ukrainian national, cultural and religious consciousness. And then I remembered my experience from Croatia, how the sisters were interested in my history, and that became a model for me to build relationships with the local neighbors. And after a while, they no longer felt that I was a threat to them.

I had another unusual experience while studying at the university: I was perceived as a "museum exhibit" or a student in the theater department, because of my monastic habit. I am grateful to my sisters in community for being open to inviting my fellow students and teachers, so that they could get to know us better.

A strong support for me in this growth in interculturality was our small church community — the children and young people who came to us were interested in us, loved us and just wanted to be with us. Their camaraderie with us, the sisters, encouraged us to live with them and for them.

The third stage of my intercultural experience was in 2004, when I joined the Cenacolo Community in Italy to get an experience. Representatives of seven nationalities lived in our house. Every Sunday, we took turns presenting our cultures: language, food, dances and songs. During the working week we also had the opportunity to get to know each other better, working in groups of two to three people. 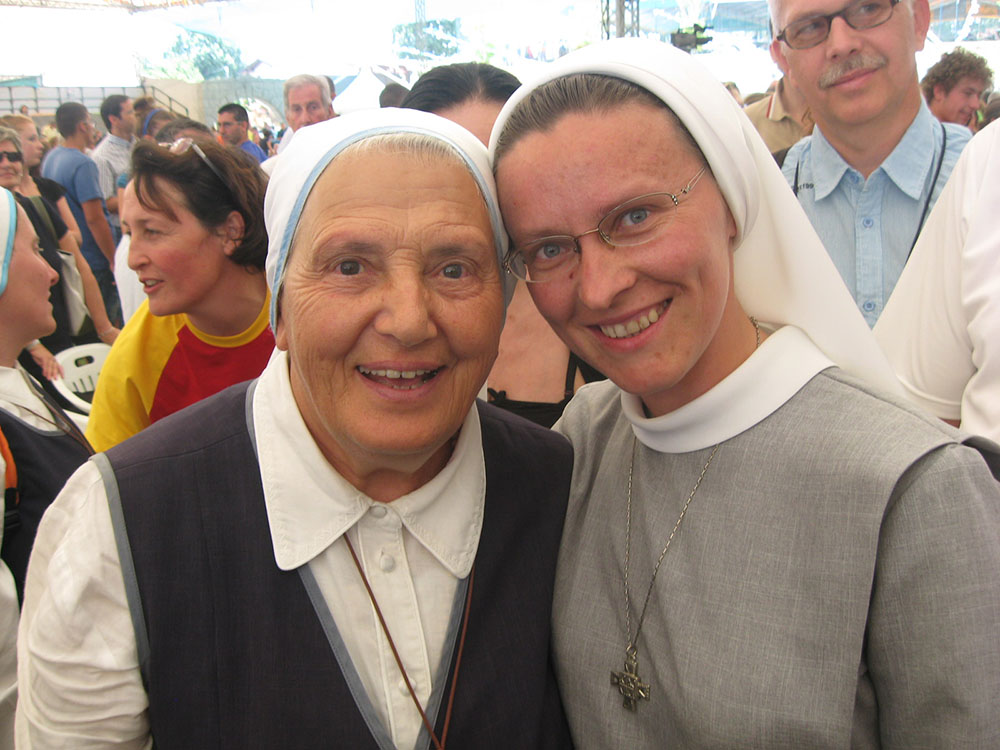 I realized that neither language nor perception can stand in the way if one really wants to communicate and cooperate. This was a time where theory was harmoniously intertwined with practice.

The culmination of my encounter with interculturalism was my service in the mission of the Ukrainian province in Greece. To integrate into the Greek environment, it was necessary to win their trust. Although we worked among Ukrainians, we often crossed paths with Greeks. The trait they value is humanity. We communicated with gestures, simple words (thank you, please) — it was important to just greet them in their local language.

Related: Amid change and uncertainty, Basilian Sisters in Ukraine embrace risk and love

I got acquainted with the intercultural nature of our order while looking for a photo for a video clip dedicated to the Basilian Sisters for the occasion of the 400th anniversary of the founding of our Yavoriv Monastery.

As I reread the history of each province, vice-province, delegation and mission, I was touched by the ministry of our sisters in different countries and cultures. I am proud that we are international and that we have an expanded worldview. I am proud to be a Basilian Sister.

In the process of getting acquainted with different cultures, I realized that each of us, the Basilian Sisters, is unique in our belonging to our people. And only because we know and respect our own, we are able to know and love others with their differences.

Thank God for such a wonderful experience. Hallelujah!