Barred from priesthood, some Catholic women find other roles 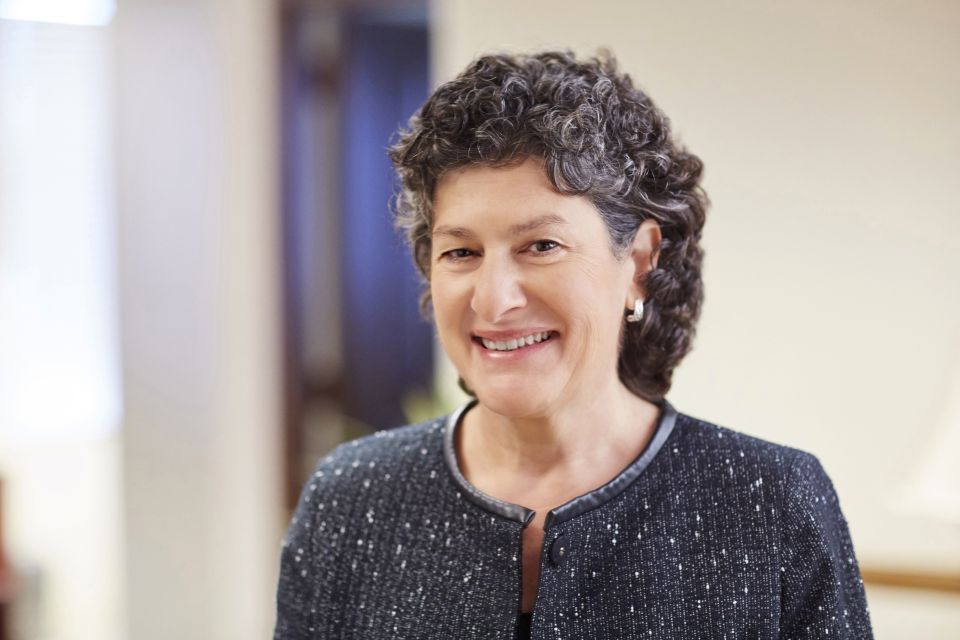 Rome — Women aspiring to leadership in the Catholic church have long come to terms with the glass ceiling that exists in the male-dominated institution, but Pope Francis' spate of female appointments in the Vatican hierarchy suggests that change, however modest, is underway.

A growing number of women hold consequential positions in the church and at the Vatican. But it's the roles women occupy at the grassroots level — in parishes, dioceses and universities — that suggest to female Catholics that despite the institution's slowness to change, women are taking the lead, making new demands and inspiring new perspectives.

Nuns in the United States have been among those setting the pace. Several of them have played prominent roles in social justice activism; two others have been the recent leaders of the Catholic church's vast network of hospitals and health centers.

Women cannot be ordained and become priests, bishops or popes in the Catholic church. It teaches that because Jesus selected only men as apostles, only men can lead the church and perform the sacraments.

What's new is that female empowerment is "more and more an issue carried also by men, including priests, bishops and cardinals. Even the pope," said Sr. Nathalie Becquart, the first woman appointed undersecretary of the Synod of Bishops.

This important post, assigned to Becquart by the pope in February, was previously held only by bishops. She coordinates preparations for the summits of bishops at the Vatican called synods.

While synods have always been an exclusively male forum for clergy to discuss the church's pressing issues, under Francis they have become a steppingstone for women. Sister Alessandra Smerilli, an Italian economist, was appointed councilor of the 2015 synod on youth before she rose in the ranks.

This year, Francis appointed a biblical scholar, Sr. Nuria Calduch-Benages, as secretary of the Pontifical Biblical Commission. On Nov. 4, he chose Sr. Raffaella Petrini to be secretary general of the governorship of Vatican City, making her the highest-ranking woman in the Catholic city-state.

The first woman appointed to a Vatican congregation was Sr. Luzia Premoli, a nun from Brazil. She says her 2014 appointment by Francis to the Congregation for the Evangelization of Peoples demonstrated his commitment to include more women as decision-makers.

Premoli joined the Comboni Missionary Sisters at 23, rising to be a superior general overseeing missionaries in numerous African countries.

Speaking by telephone from her missionary post in the Central African Republic, Premoli said her Vatican appointment was slow to come about because of a "mentality within the church" that disapproves of women in top positions.

"But for Jesus it was different," she said. "He invited women to follow him."

The injection of women into Vatican positions of authority is already changing perspectives, Becquart says.

After she was elevated by the pope, Becquart lived for six months at a home for clergy close to St. Peter's Square. The priests initially were hesitant, but after a few shared meals and conversations they got used to the new arrival. "Now they tell me, 'We miss you. Come back!'" she said.
Worldwide, a growing number of women serve as chancellors in dioceses and as members of bishop's councils. In January, Francis changed canon law to allow women to be lectors and acolytes, giving official recognition to female service during Mass.
In the United States recently, some of the most prominent women on the Catholic stage have been nuns engaged in social activism. They include Sr. Helen Prejean, whose campaigning against the death penalty was featured in the film "Dead Man Walking"; Sr. Norma Pimentel, renown for advocacy on behalf of migrants along the U.S.-Mexico border, and Sr. Simone Campbell, who led cross-country "Nuns on the Bus" trips highlighting issues of economic and social injustice.
Among the nuns with clout is Sr. Mary Haddad, who has served since 2019 as president of the Catholic Health Association of the United States. Its network of hospitals, health centers and long-term care facilities is the nation's largest group of nonprofit health providers.
In high school, Haddad focused on sports, not a possible career in Catholic organizations, and went to Southern Illinois University with a field hockey scholarship.
A leadership opportunity arrived quickly. At 22, with a newly earned bachelor's degree in education, Haddad became a substitute teacher at a Catholic school in her hometown, Gillespie, Illinois. The parish priest was so impressed that, within two months, he asked her to become the principal.
"I remember clearly thinking I'm not qualified — but if he feels I have what it takes, I'm going to do it," she said. "That was my first entree into church leadership."
Haddad subsequently earned two master's degrees and joined the Sisters of Mercy of America, working in health care, social services and education in the U.S., Trinidad and Tobago, and Belize.
While joining the order, Haddad sometimes talked with another novice who resented the ban on women's ordination and yearned to be a priest. Haddad says she never shared that frustration.
"People ask me what it's like being a woman in a male-dominated church, thinking I must feel subservient, but I don't feel that way," she said. "I've been afforded opportunities to demonstrate my abilities to serve God's church."
"My father died in car crash when I was 3, and I saw my mother taking on his roles — she did it all," Haddad added. "There's nothing a man can do that a woman can't."
Among the lay women reaching positions of power in U.S. Catholicism is Carolyn Woo, who was dean of the University of Notre Dame's business school for 14 years before serving as president and CEO of Catholic Relief Services from 2012 to 2016. CRS provides humanitarian aid in over 100 countries, spending more than $900 million a year.
Woo is not eager to debate women's ordination. That argument "has taken up every ounce of oxygen," she says. 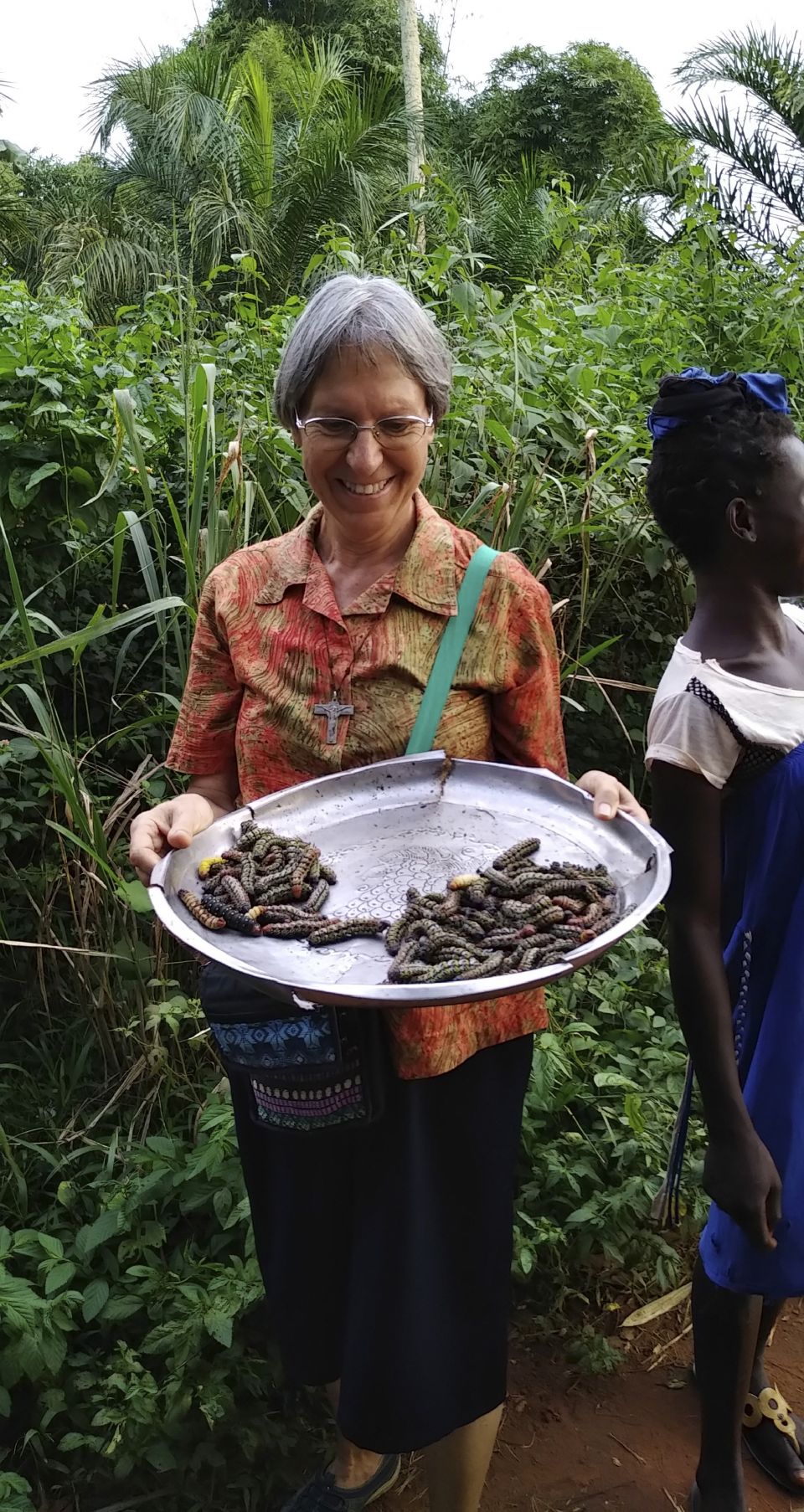 In this July 28, 2020, photo provided by Sister Luzia Premoli, she holds a makongo, a wooden bowl, near a market in Bagandou in the Central African Republic. Premoli was the first woman appointed to a Vatican congregation in the history of the Catholic Church. She is currently located in Africa where she teaches young women about the Bible and Christianity and works with a community of Pygmies on education and agricultural initiatives in the equatorial forest. (Sister Luzia Premoli via AP)

Instead, in face-to-face conversations and an upcoming book, Woo insists there are rewarding options for women beyond the priesthood.

“When I meet with young women, there’s an undertone of ‘Women really don’t have much influence,’” she said. “It takes time to engage, to explain, ‘No, there are a lot of opportunities for women to lead.’”

In 2016, Francis created a commission to study the possibility of women deacons, who can preside over services except for Mass and cannot perform sacraments. In 2019, Francis said the commission’s report didn’t provide a “definitive response” and launched a new study that is unfinished.

“It’s all part of an effort to postpone so as not to address the problem,” said Lucetta Scaraffia, a history professor at the Sapienza University of Rome. In 2012, Scaraffia was appointed by Pope Benedict XVI to run “Women Church World,” a magazine published alongside the Vatican newspaper L’Osservatore Romano.

In 2019 she and many of her reporters resigned after publishing articles on the servitude and sexual abuse of religious sisters by clergy. Scaraffia says the Vatican hierarchy forced the resignations by applying a tight noose around the publication.

Scaraffia is nuanced in discussing female ordination. “I think that women should have authority in Vatican and church departments as normal women, as lay women, who see things differently,” she said.

Scaraffia believes the Vatican’s recent female appointments are “important from a symbolic and public image perspective.” But reflecting her own experience, she says these women “chosen by the ecclesial hierarchy, competent but obedient, don’t have a real chance to interfere with the Church’s decisions.”

Instead, she says Pope Francis should appoint members of the International Union of Superiors General, which represents more than 600,000 religious sisters worldwide, to serve on the Council of Cardinals, a group of prelates handpicked by the pope as advisers.

The cultural pressure needed for the Catholic Church and Vatican to empower more women can only come from the outside, Scaraffia said.

“The church is not changing — the women in the church are changing,” she said, “including religious sisters who were quiet and obedient for a long time. Now they are no longer silent and obedient. Now they are coming forward with their requests, their projects, their identity.”

Sartain: 'I am in full agreement' with Müller's LCWR concerns