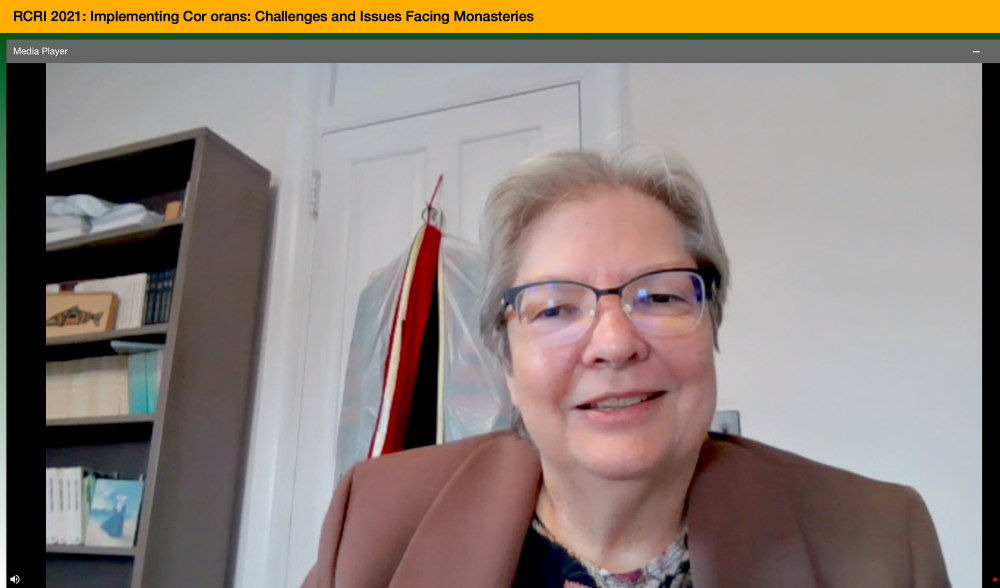 Three years ago, the Vatican issued a framework of rules for contemplative orders of men and women religious to follow globally as they adopted the parameters put forth by Pope Francis two years before that.

But many communities are still struggling to meet the standards, a canon lawyer told attendees Oct. 28 as part of the Resource Center for Religious Institutes' annual conference.

Benedictine Sr. Nancy Bauer of St. Benedict's Monastery in St. Joseph, Minnesota, said Cor Orans ("Praying Heart"), the rules issued by the Vatican's Congregation for Institutes of Consecrated Life and Societies of Apostolic Life in 2018, provide the bones of implementation while Francis' 2016 apostolic constitution, Vultum Dei Quaerere ("Seek the Face of God"), is "the life-giving spirit."

Even though some monasteries are struggling to follow the new rules, "my advice is do the work — Cor Orans is not going away," said Bauer, a former prioress of her monastery and a professor of canon law specializing in consecrated life at the Catholic University of America in Washington, D.C. "I say embracing the papal documents could be a fruitful endeavor."

"Pope Francis means what he says in Vultum Dei Quaerere and expects nuns to follow the new rules in Cor Orans," she said. "Monasteries can't ignore it."

That doesn't mean adopting the guidelines has been easy. Some nuns said that while "Vultum Dei Quaerere was a wake-up call, Cor Orans was like electric shock treatment," she said.

One of the provisions in Cor Orans that has caused much consternation has been the chapter on autonomy, which distinguishes between juridical autonomy, monasteries that are not affiliated with any others or a larger order, and authentic autonomy, in which a monastery is self-sustaining and the members have the ability to manage the monastery in all its functions and can expect to live out their vocations there until death. Cor Orans says those that are not authentically autonomous must either affiliate with another monastery; transfer the monastery to another location, such as to the campus of another religious community; or be suppressed — go out of existence.

Bauer said a transfer does not change the juridical status of the monastery, citing a recent example where the Poor Clares of Bloomington, Minnesota, moved into the motherhouse of the Franciscan Sisters of Rochester, Minnesota.

Affiliation, meanwhile, suspends but does not revoke a monastery's legal autonomy. It can still accept candidates, who would have their novitiate and formation in the affiliated monastery, and could become revitalized to the point it regains autonomous status.

Bauer said it is not only the number of members that triggers suppression, as factors such as the age of the members, a lack of candidates for several years, an inability to pass on the charism and the lack of capacity for governance and formation will all be considered.

"And before being suppressed, the remaining nuns have to be settled somewhere else," she said. "They can all move together to another monastery, or individuals can transfer to various monasteries."

Some monasteries have tried to avoid suppression by recruiting members from other countries, but "Cor Orans forbids this," Bauer said.

And while suppression is "always a painful experience," Bauer said it is also part of God's plan.

"A number of monasteries have closed, and a number of apostolic institutes are approaching completion," she said. "This is the paschal mystery God is pleased to bestow on us in the 21st century."

"My advice is do the work — Cor Orans is not going away. I say embracing the papal documents could be a fruitful endeavor."

"That was a wildly unrealistic expectation," she said.

In 2017, a year after Vultum Dei Quaerere was issued and a year before Cor Orans was promulgated, Bauer told RCRI attendees at that year's conference that conspiracy theories suggested that the federations are "a plot by Pope Francis to force the more conservative monasteries to become more liberal. We laugh, but I don't want to make light of it because there is a legitimate fear they will have to join in federations with monasteries that do not share their more traditional ways."

But many who were initially fearful of joining a federation became grateful once they did, she said at the recent conference, citing reports calling it "a great richness" and "like a big, fraternal family where sorrows and joys are shared."

Cor Orans also makes the federation's president — who cannot be a major superior — a canonical visitator, who visits monasteries, ensures there is proper formation for members and reports to the Vatican. Bauer said this is the first time in history that responsibility over contemplative life is on the women who live it. Many also feared that provision, but Bauer has heard reports of the visitators becoming "our cherished sisters."

It also has the important benefit, she said, of creating the security for members of having a hierarchal authority outside the monastery: "The possibility of appeal to a higher authority or an outside authority is especially important in an enclosed life." 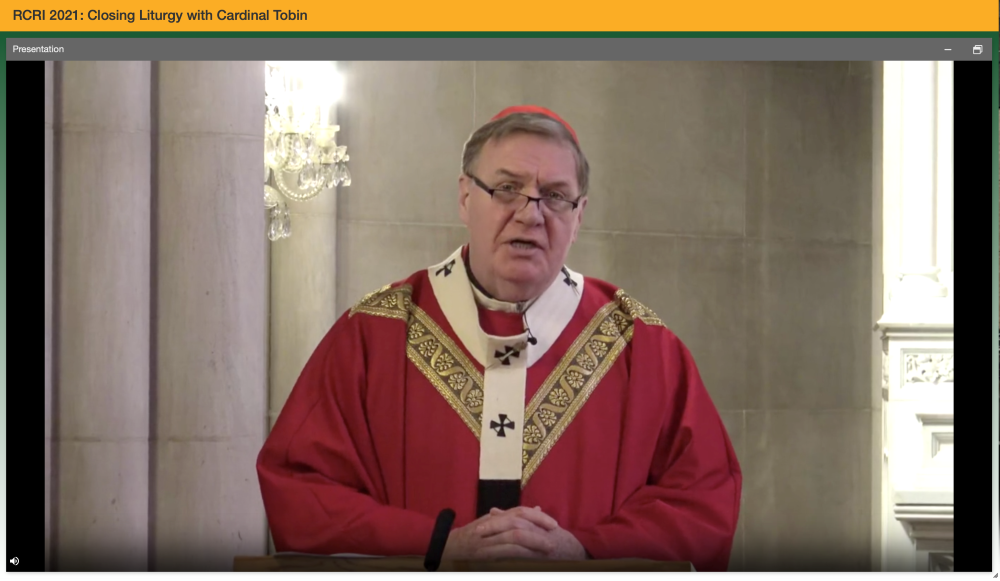 There has also been much grumbling about the new requirement that nuns are not able to take perpetual vows until after a minimum of nine years of formation. Previously, the maximum allowed was nine years; monasteries can now require up to 12.

Even Bauer was unsure about the provision, telling her RCRI workshop in 2017: "It's not good for someone to be in a temporary situation that long. It leads to discouragement."

She told the 2021 conference that her views have evolved somewhat since then.

"At first, I gasped. I thought it was excessive," she said. "But I'm learning of more cases of nuns admitted that years later began to manifest problems that were either overlooked or not seen during formation" that could have been caught had that period been longer.

There is also the consideration for the community, she said: "It's important to remember that after perpetual vows, she has the right to remain in that community until death. It really is like a marriage."

However, she said she suspects the rule is in response to monasteries in Africa and Asia where entrants tend to be very young and do not have the maturity required of such a momentous decision, while European and American entrants tend to be older and may understandably bristle at having to wait nearly a decade or more to be finally accepted.

"It seems, however, that the Holy See is not inclined to reverse course," Bauer said.

The RCRI annual conference, a gathering of religious and lay professionals attending workshops on topics such as changes in employment law and cybersecurity, was to be held in Orlando, Florida, but was instead held virtually because of the coronavirus pandemic. The conference ran Oct. 26-28 and ended with a Mass celebrated by Cardinal Joseph Tobin, archbishop of Newark, New Jersey.