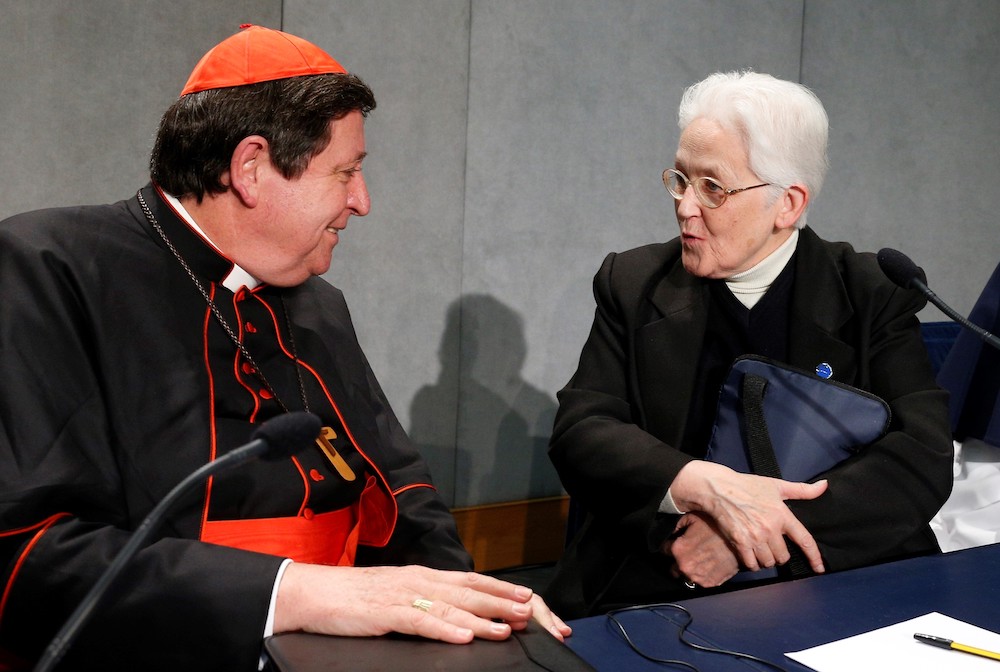 Brazilian Cardinal João Bráz de Aviz speaks with Immaculate Heart of Mary Sr. Sharon Holland, then president of the Leadership Conference of Women Religious, at the conclusion of a Dec. 16, 2014, Vatican press conference on the release of the final report of a Vatican-ordered investigation of U.S. communities of women religious. (CNS/Paul Haring)

Because of the global coronavirus pandemic, schools, conferences and even Masses are held virtually. Religious congregations' chapters, however, are not.

Under rules announced in a July 1 letter, the Congregation for Institutes of Consecrated Life and Societies of Apostolic Life, colloquially known as the Congregation for Religious, says superiors may meet with their leadership council through telecommunications during the crisis, but they cannot hold a chapter that way. Chapters that had been postponed until plans were made for a virtual version will now have to be postponed until it is safe to gather in large numbers.

The letter, signed by Cardinal João Bráz de Aviz, prefect of the Congregation for Religious, says canon law requires chapter delegates to be physically present "as a way of safeguarding and promoting the constant search for the common good," noting that it "is the expression of walking together in direct discussion, and communication, not only verbal, in taking on the challenge of different approaches."

Mercy Sr. Sharon Euart, executive director of the Resource Center for Religious Institutes and a canon lawyer who previously was the executive coordinator of the Canon Law Society of America, said congregations can still gather virtually for meetings or assemblies and do anything that does not elect leadership or make final decisions that bind the entire community.

"Are there things you can do without voting?" Euart said. "I think there's a lot of disappointment about it, but when you look at the values in the letter, they're important values."

The lack of elections means those in leadership whose terms would normally end this year have another year tacked on, which can be a burden for congregations with aging leaders. 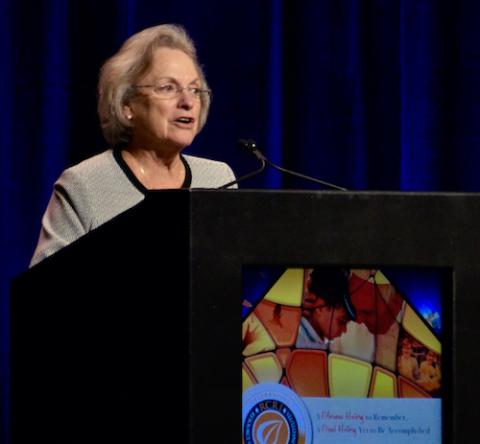 Sr. Marlene Weisenbeck of the Franciscan Sisters of Perpetual Adoration, also a canon lawyer, said she can easily see where a sister could have served three five-year terms on the leadership team and then two five-year terms as superior and now, after 25 years in leadership, is told she must serve at least another year.

"And those that have to reschedule their chapter — we don't even know if it's possible for them to hold it next summer. We don't know if this will be over," Weisenbeck said. "That's unsettling."

Some communities have leaders who cannot serve another year: Statistics show three-fourths of congregations of women religious in the United States are no more than two chapters from completion, she said.

"To add another year to their term, it is asking a lot of some of them," Weisenbeck said. "It's not always visible to the eye, but it's there."

Sr. Sharon Holland, a Sister, Servant of the Immaculate Heart of Mary and canon lawyer who served for 21 years at the Congregation for Religious, where she was one of the highest-ranking women in the Vatican, said Bráz de Aviz's letter didn't address the effects of delaying a chapter.

"It was good foresight on behalf of the Holy See to say you could extend the time of the chapter and extend the leadership terms, but the part that was missing is what that does to people who can't manage another year," Holland said. "It's not simple. Oh, that's nice it can be extended, but who wants it to be extended? If they want their term to be extended, they probably shouldn't be there."

But there are options.

Weisenbeck, Euart and Holland said every congregation should have a procedure in their constitutions to replace leaders who must step down. Usually, they said, the constitutions state the length of time the replacement can serve before an election, but even if that runs out, for congregations of pontifical right, the Congregation for Religious can make exceptions for these extraordinary circumstances. For those of diocesan right, the bishop should be able to authorize a delay. 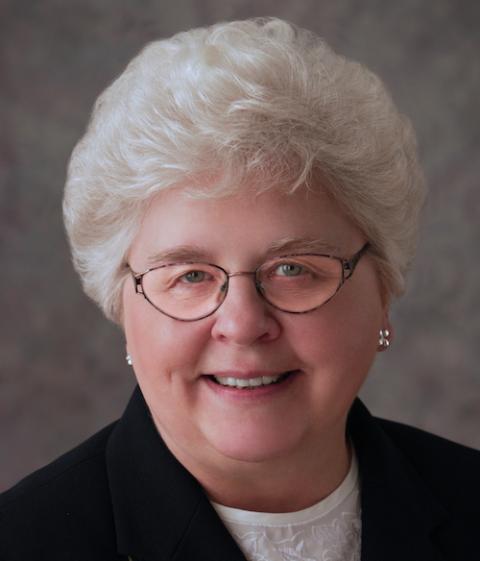 "What I say to people is: Look at your proper law and see what it says in your own constitutions and documents about extensions of terms and replacing people," Euart said. "Their law should have a provision."

Still, the rule has complicated things.

The Sisters of Mercy of the Americas opened their chapter in 2017 but had planned a second session of that chapter for March 2020 for two agenda items: changing the process to select chapter delegates and a consultation on the congregation's governance framework as it continues the process of a multiyear consolidation.

The consultation was able to be conducted through conference calls and electronic surveys, but under the new rules, they needed to find a different way to choose delegates.

"It is important that we have a process in place to choose the delegates for Chapter 2023, and our current reality no longer matches the process for choosing delegates detailed in our Constitutions," Sr. Pat McDermott, president of the Sisters of Mercy, wrote in a letter to the community. "It is also important that we make this decision soon, since preparations for Chapter 2023 are already on the horizon!"

The leadership team turned to Euart, who pointed out that their constitution allows the president to make decisions "for a grave reason." So virtual consultations will be held in November to inform the leadership team's decision for a onetime process for choosing delegates. A permanent change in the process will be decided at the 2023 Chapter.

"We are all aware that we are living in extraordinary times that call us beyond our past experiences into new ways of interacting with one another and trusting one another and the work of the Spirit among us," McDermott wrote.

Our Lady of Victory Missionary Sisters had planned a weeklong chapter for the end of March, with facilitators, consultants and musicians from all over the country — all of which had to be scrapped at the last minute after years of planning.

This chapter was especially important: The congregation is down to 21 sisters, and big decisions about the future needed to be made.

The chapter went from seven days to two and focused only on the essentials. Those who could not attend in person — about half of the sisters — joined via Zoom.

Sr. Mary Jo Nelson, president of the congregation, said since the votes were held March 26-27, months before the Congregation for Religious' prohibition, they are valid, and the Congregation for Religious approved within 24 hours the decision to extend the current leadership team's terms by two years. There were also votes at the new two-day chapter for the leadership team to pursue the process of selecting a pontifical commissary to provide leadership once the sisters cannot and for selling or demolishing several buildings on the campus.

"One of the things from the Vatican is you've got to be together for the conversation, and we had already done that in our previous assemblies," Nelson said. "I know most congregations do a lot of their discussion at the chapter and not a lot before the chapter, but that's not been our practice. ... We already had consensus, and we were just finalizing what we had already decided."

The Mission Helpers of the Sacred Heart in Baltimore have given up trying to reschedule for now. Sr. Elizabeth Langmead, president of the order, said their chapter had been planned for April.

"We initially postponed it, hoping that by the end of this summer, we could have something," she said. "Then, we were waiting to hear if any kind of virtual gathering was possible."

Rather than continuously pushing the date back, Langmead said, the community is now waiting until after the first of the year to set a date.

"We're hoping that by the end of next August, we can have it," she said, adding that a sister needs to travel from Venezuela for the chapter, making long-term planning both critical and more difficult.

As for having to stay in office another year, Langmead is pragmatic.

"Leadership is a blessing and a burden," she said, "but mostly a blessing."

Holland said the complications caused by prohibiting virtual chapters are worth it.

The letter "talks about collegiality and the consensus that arrives from shared discernment and dialogue," she said. "Sure, it doesn't convince everybody, but there's something about being in the same place at the same time for a formal gathering that doesn't happen the same way on a screen."