by Caileigh Pattisall
Social Justice
This article appears in the Notes from the Field feature series. View the full series. 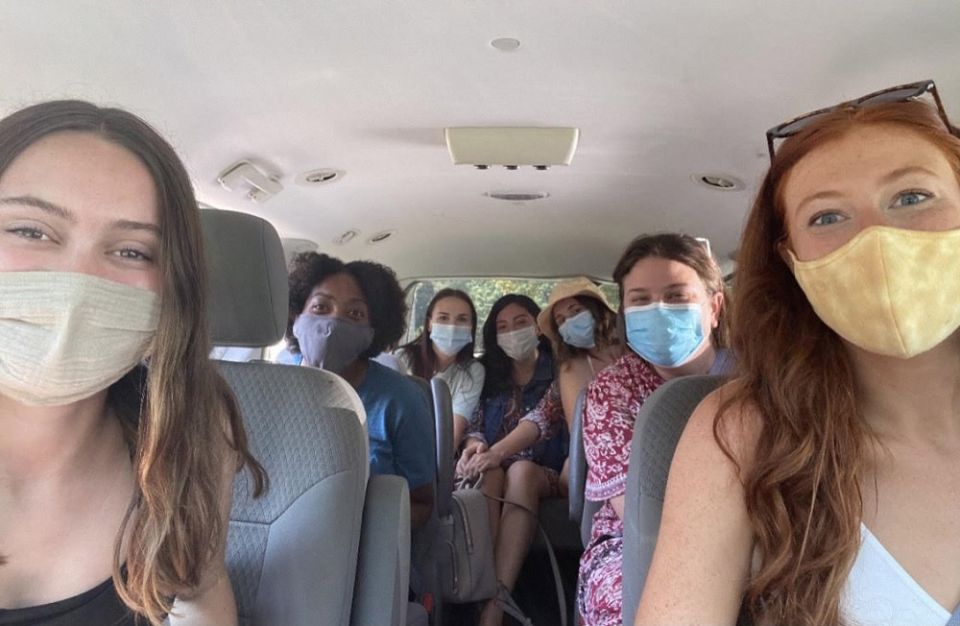 Going through the Missouri Youth Services Institute training had me thinking about my own new community this year. This was the very first photo my Good Shepherd Volunteer community took together. Since then, I've learned so much about each one of them and their own journeys, growing with them. From left: Makenzie Moore, Mo Berry, Theresa Vaske, MJ Miranda, Gabby Kasper, Erin Hood and me. (Courtesy of Makenzie Moore)

New York — One thing I have noticed recently is that my mindset is heavily influenced by others throughout the day. They can be good experiences, like a funny co-worker putting me in a playful mood, or negative ones, especially when interacting with people who are having their own challenging days.

It's so important now more than ever to evaluate what we expose ourselves to. People have never been more subjected to others' experiences thanks to social media, music, podcasts and the many other ways to communicate with people all over the world. 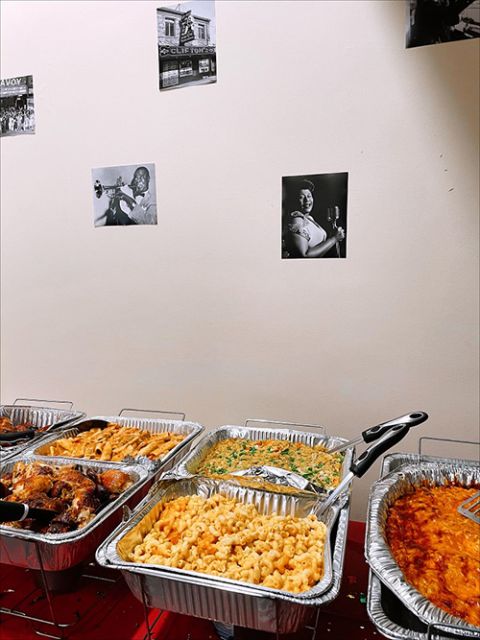 Our girls' residence, Rose House, had a cook-off for Black History Month. It was so much fun to be together in a space where everyone was able to show off their culture in the form of food. There was amazing Jamaican chicken and Cajun pasta. I even got to make my grandma's Crock-Pot macaroni and cheese recipe. It was special to show the people I work with a little bit about where I'm from in Virginia. (Caileigh Pattisall)

It's been scientifically proven that behavior is contagious. Shirley Wang wrote in a February 2006 story for the Observer, a publication of the Association for Psychological Science, that contagious behavior "appears to involve both biological and social processes. It is pervasive, and yet we are often unaware of the influence of other's emotions and behaviors on our own — which is particularly striking because the consequences of contagious behavior can be significant."

I've noticed that if you hang out with people who act a certain way, over time, their behaviors will become normalized and seem routine. These behaviors can be good or bad, but it's true regardless.

The program model works like a tree, looking into the root causes of committing crimes so that the youth can go back into their communities after the program with more tools to make better choices. This approach has many facets, and it's been the driving force behind New York City's newest technique in juvenile justice.

Our Good Shepherd Services youth residences now fall under New York's Close to Home initiative, which mimics the Missouri Approach. This juvenile justice reform initiative was created about 10 years ago with the hope that placing juvenile offenders in the custody of Administration for Children's Services instead of in jail and keeping them close to home would increase their likelihood for success upon their release.

As part of this initiative, the youth are placed into homes in neighborhoods similar to those they grew up in, as opposed to sending them upstate or to Rikers Island. Upstate detention is far from the youth's families, making it difficult to visit and, consequently, harder for the kids to transition back into their homes and communities. Rikers Island is a New York City jail notorious for being understaffed and ruled by gangs, creating an atmosphere of drug activity and violence.

Close to Home programs are essential for solving these issues of reentry and exposure to gang violence. It makes it easier for the families to visit and be a part of their rehabilitation process. The Missouri Approach makes sense: The counselors and facilitators working with these young people should be from their neighborhoods, sharing a similar lived experience.

This approach is held up by the ability to create and maintain meaningful relationships with these young adults. Staff members like me at the Barbara Blum Residence, the Good Shepherd Services residence for boys in the criminal justice system, build these relationships so that the boys trust the things that they learn throughout their time in the residence. This creates a space where the youth feel truly safe and supported.

This type of programming only works if there is a paradigm shift of thinking, a reframing to what we think of as "bad behavior." New York Close to Home residences all have Missouri Approach consultants who assist in the implementation of this type of thinking. Our Missouri Approach consultant is Charles, who is actually from Missouri and has many years of experience working in juvenile justice residences as they implemented the approach there.

Everything I Been Through book.jpg 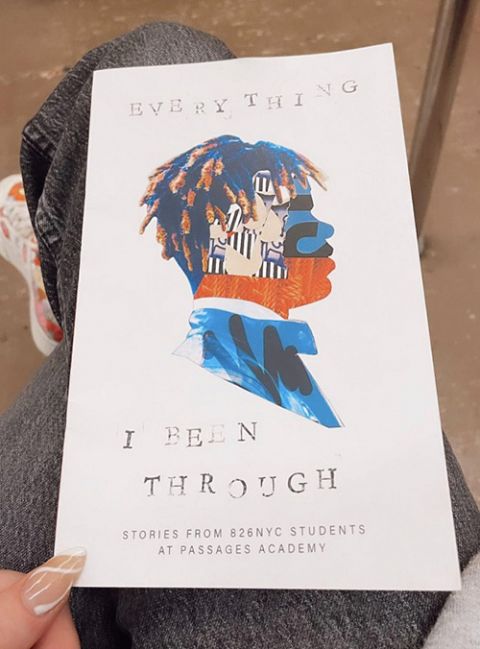 While in our program, the boys I work with go to an alternative school that other nonsecure placements also attend. In 2020, the students of Passages Academy were able to publish a book. "Everything I Been Through" is a collection of stories surrounding their past and their growth. The boys I have worked with in the last eight months even know a few of the writers. It was cool to read as I was coming to work and get a peek into their world. (Caileigh Pattisall)

Charles made a point to say throughout training that these kids are caring and compassionate people who have made choices to either protect someone — not snitch — or to provide for their families in an inappropriate way. These are just kids who got caught up in a bad situation all around, but they were heroes. They were taking care of people the only way they knew how.

Many of the kids who come through our program are used to surviving and succeeding amid chaos. The Missouri Approach allows for all the staff working with these young people to have an empathic approach. We're able to meet them where they're coming from, which promotes a better sense of understanding and connection. Through that connection, staff members are able to normalize safety, healthy conversation, coping mechanisms and self-expression.

This normalization helps our youth, and we hope they will be able to share it with their own communities. Peer-to-peer influence is very powerful. Young people are learning how to explain why something is wrong in their own language and evoke change in behavior for themselves and their friends.

I've seen it happen multiple times in the house with the boys. A young man will get upset and start cursing out a youth development counselor. His peers will check him, tell him to chill, and speak with him until they reach a conclusion calmly. While that may sound simple, a lot of young people don't have friends who can de-escalate a situation. The ability to ease a threatening situation can be life-saving in the streets, where these kids will inevitably go after release.

Learning more about my placement site and the techniques it utilizes made me appreciate everyone who works here even more. They are actively trying to model behavior and create a culture where these kids can be better. I will definitely think of them as I try to be a more positive influence in the lives of those around me. 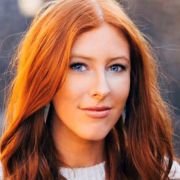 Caileigh Pattisall is a Good Shepherd Volunteer serving at the Rose and Blum Close to Home Residences in New York City.

Social Justice | The importance of meaningful relationships and empathy

Combating racism, one institution at a time