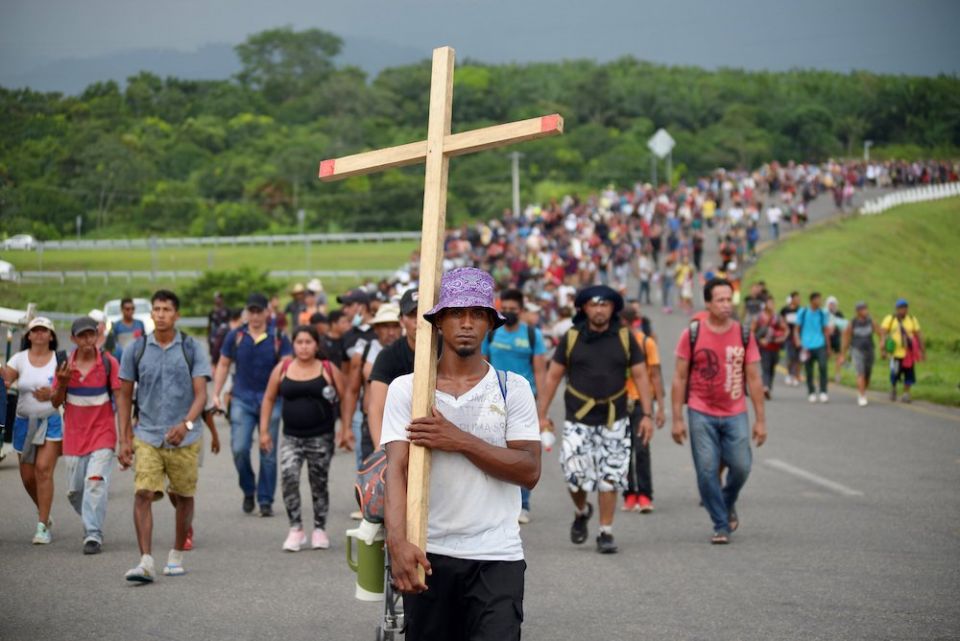 Migrants from Central America and Haiti walk in a caravan Oct. 25 near Huehuetan, Mexico. People were headed to Mexico City where they planned to apply for asylum and refugee status. (CNS/Reuters/Jacob Garcia)

Several months ago, I was invited by a local Catholic women's group to speak in the fall at their monthly luncheon about my work with the Haitian people. (I had ministered in Haiti for 16 years and with Haitian immigrants in rural Florida for the past three years.)

However, a couple of weeks before the luncheon, I was notified that my presentation was being canceled because "the Haitian situation is at the top of the news these days and emotions are running pretty hot. It would be better to table Haiti." Apparently, some of the women "attended a meeting where the speaker, a Florida Congressman, told them that 50,000 Haitians are on their way to the border."

I thought to myself, "You can listen to the politics of fear, but do not want to listen to what Jesus might have to say about the Haitian crisis?"

The following is what I had planned to share, as spoken in words that Jesus might say to the group:

"First, put away your usual ways of thinking and analyzing. Try to put on my mind and heart. Let go of pluralism and dualism for a few moments. With me, everything is 'yes.' With me there are no 'Democrats or Republicans,' 'pro-immigrant or anti-immigrant,' 'conservative or progressive,' 'right or wrong.' I am Jesus. You are all my brothers and sisters. We have one Father. I taught you the Beatitudes, told you to be like the Good Samaritan. I am your brother, Jesus, who allowed a woman who was a sinner to touch me and wash my feet. I invite you now to imagine that you are sitting alone in a room and I come and sit beside you.

"I want to tell you about a little country in the Caribbean Sea that is really suffering. It has been suffering for a long time — over 200 years since black slaves were brought from Africa and revolted against their slave owners and won their independence. Imagine, if you can, the Western Hemisphere's first black nation to achieve independence! It should have been a time for great celebration, but instead, my Haitian people were not received or accepted by a bigger world where slavery still existed — and there was fear that other slaves, too, would demand freedom! Haiti could not make it as a country alone without allies. After 200 years of dictators, civil war, broken promises, corruption and greed, Haiti is where it is today."

"Try to look at Haiti and the Haitian people without judgment, but with deep compassion and sadness. Haiti suffers because of deforestation, primitive methods of farming, droughts in the summer and deluges in the winter. Throughout the country the people cannot count on police protection. Violence is the way that the people handle problems like traffic accidents and theft. The people live in fear. Often children cannot go to school. The people are afraid to leave their homes. Gangs rule most of the cities' neighborhoods.

"My missionary sisters say they cannot sleep at night because the odor of burning garbage on the streets sickens them, and most of the homes in the provinces do not have running water. Police stop them and other medical staff on their way to the medical clinics in the slums, and demand money to allow them to pass. In public vehicles the sisters and others have been surrounded by bandits with guns demanding money, watches and phones.

"Do you remember in 2010 when Haiti suffered a disastrous earthquake that killed over 200,000 people and displaced more than a million? Haiti was not able to 'build back better.' Young people started to leave with promises of jobs in Chile and Brazil. Airplanes flew weekly from these countries to take over thousands of young Haitians to their new lives with jobs preparing for the 2014 World Cup and the 2016 Summer Olympics. But like the chosen people in Egypt, the Haitians soon were not welcome. Their work was finished, they lost their jobs, and they were not given work visas nor paths to permanent residency. They lived in slums without hope.

"My poor brothers and sisters! All they want is the 'more abundant life' that I promised them!"

And Jesus continues, speaking sadly, "My dear people, my beloved Haitians, trying to create a new life for themselves in South America, suffering discrimination like they never knew in Haiti. Now, today, with a worldwide pandemic, vanished work opportunities, discrimination, and having started families — many now with children three years old and younger— they are on the move again. It is like my chosen people wandering in the desert and seeking a Promised Land."

Jesus stops for a moment to let the group absorb his words. Then he says: "Try to imagine journeying with a young Haitian family trying to make their way to America — land of opportunity! Travel with them in your imagination. They journey--mostly on foot--for 7,000 miles through many countries, many with babies in their arms. The journey could take two to three months or longer through mountains, deserts, wastelands harboring bandits.

"Finally, my beloved children arrive at the border to the United States: Texas, or Arizona, or California. They present themselves to U.S. Immigration and Customs Enforcement, seeking asylum. They may be placed in detention. Then they are released to go stay with relatives or friends and await a court appearance to determine if they can stay or be returned to Haiti. While in the states they cannot sign up for any benefits granted to citizens, like food stamps or Medicaid, until they receive temporary protected status or are approved for asylum.

"The sisters who work with them know that often they stay with poor relatives in crowded conditions, and because of the backed-up court dates, after waiting a year, many do not quality for either TPS or asylum. What do they do? Many Haitian asylum-seekers go to 'the Church'— a local Catholic parish, Catholic Charities or the St. Vincent de Paul Society — knowing 'the Church' will help them."

Jesus concludes, "Do you not see what is happening? My Gospel is alive! This is what I have asked my followers to do and to be … brothers and sisters to those in need. There are no politics here, except the politics of the Gospel. Remember my words: Whatever you do to the least of my brothers and sisters, you do to me." 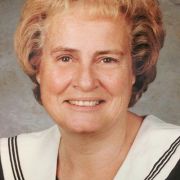 Sr. Judy Dohner, a Sister of the Humility of Mary from Villa Maria, Pennsylvania, is in her 14th year of service in Haiti. With her nursing background she has worked in various capacities mainly with Nos Petit Frères et Soeurs. She is currently training a Haitian staff to run a medical depot that sends out medications and supplies to clinics.

Social Justice | The Haitian migrant crisis: What would Jesus say?

Pandemic ponderings: How will we be different?

Nuns on the Bus kick-off: Voting is like having job interviews for politicians