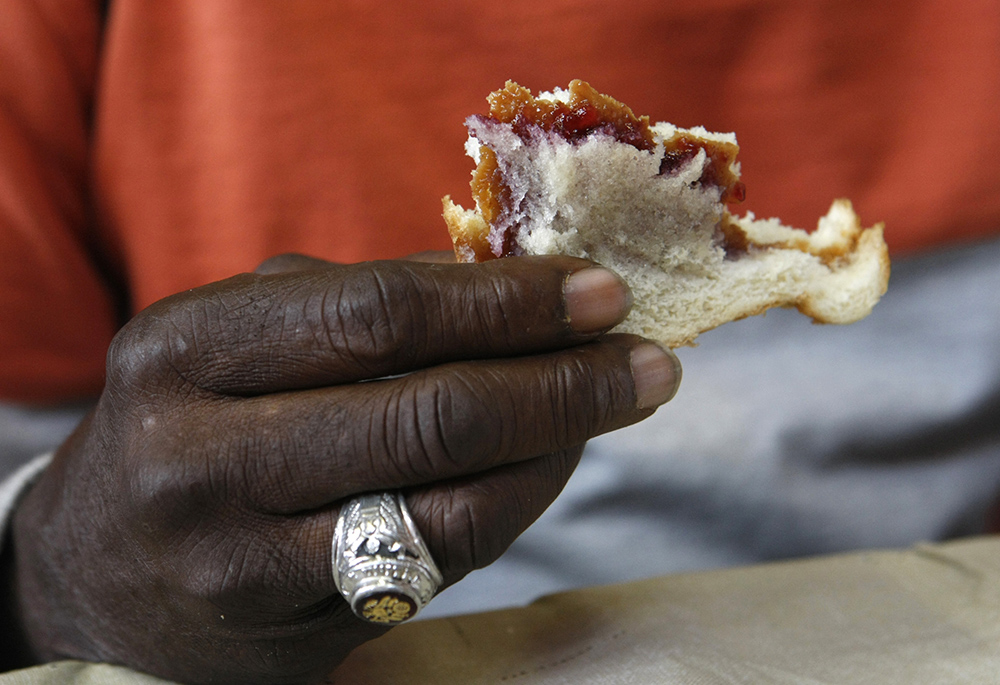 A man eats a sandwich at a soup kitchen in this 2016 file photo. (CNS/Karen Pulfer Focht)

Finally! This was it! I had become the music director in a parish for the first time! Having taught in junior and senior high schools for 11 years, at last my real dream had come true. Excited and hopeful, I felt this ministry was a perfect opportunity to use my creative talents in furthering God's kingdom. I spent hours planning the musical choices for the upcoming weekend Masses. I spent more hours practicing on the old but faithful electric organ. I worked eagerly with the choir, and hoped that the parishioners would appreciate their newly hired "professional musician."

Many of the parishioners consisted of the teaching staff as well as students of a university and a college. They were not hesitant to express their views about any and all subject matters. And, as the pastor had warned me, I had to have tough skin and nerves of steel to work in this parish.

I discovered that I had neither nerves of steel nor tough skin. One morning, a woman approached me and said, quite cynically, "You know what you really should be doing? Starting a laundry service downtown for the homeless!"

I was shocked, embarrassed and incredulous. Was she saying that I was contributing nothing to the life of this parish? That I, as a religious, was not doing God's will? That a calling to religious life meant serving the poor and no other ministry was acceptable to God? I numbly walked away.

Every time I heard the song, "The Cry of the Poor," the rest of that day was riddled with guilt. I didn't feel adequately prepared to serve the poor. I didn't think I had the training or knew how to do what the woman said I was supposed to be doing. Worst of all, I didn't want to serve the poor.

Nevertheless, I proceeded to find out what I could do to help the poor. Running a laundry service downtown was not a task to which I felt called. 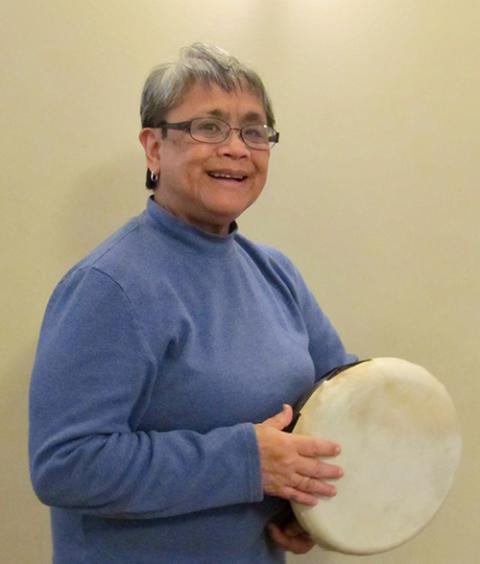 I felt that perhaps I could begin by serving the materially poor among us by sharing my love of music. There are winter school breaks where daytime activities are prepared for the children in a program for the poor and needy in the parish. An avid hand drummer, I believed that the children would take delight in learning how to play hand drums. The children seemed to appreciate this particular group event, even though several "chaperones" helped keep the enthusiasm of the group down to a dull roar.

A foursome of our sisters formed a musical group called the "Cast-a-Nets," entertaining in places around the city. We provided singing and dancing music at various church social functions, bringing entertainment to groups of different denominations who could give little or nothing in repayment. Despite the disapproval of the more conservative onlookers who felt that nuns only belonged in the convent, the four of us felt that our music ministry was more valuable than the words of frowning onlookers.

Once we were entertaining a group of psychiatric patients. I was dutifully playing the portable piano when one of the patients approached, towered over me and said, "Don't play that." Was that another challenge? I asked myself. I continued playing.  Again he came up to me and uttered the same command, "Don't play that." This time I expected him to hurt me. I was grateful when a member of their staff took the patient away and made sure he couldn't approach me again.

Later I spent several years in a parish that was very involved in matters of peace and social justice. I admired the parishioners who were so enthusiastic about attending meetings, taking part in peaceful demonstrations and being cognizant of the needs of the poor worldwide.

Helping by serving a monthly cooked meal in a facility for homeless men located in the center of the city, I became keenly aware of the dignity which these men yearned for and deserved. Serving them with kindness and sensitivity is an important component in ministering to the poor, I learned.

Many immigrants from Kenya in Africa felt accepted by this particular parish, and a group of parishioners was organized to teach English to those who needed to learn it. I volunteered to help a 25-year-old gentleman who had been driven out of his village in Africa by local invaders. He had been on the verge of completing a bachelor's program in computer science but circumstances prevented him from remaining in his country.

It would be impossible to get a degree here in the United States without a comfortable command of the English language. Although he could speak English well, he could not read it without a struggle. Helping him building up his English vocabulary was one of my tasks. I was inspired by his eagerness and willingness to learn.

But what about listening to my call to be a music director? What about listening to the voice of God and obeying what I had discerned years before was my calling because of the talents God had given me? I shared these feelings with friends, and they assured me that serving as a music minister in church was a means of helping the emotionally and spiritually "poor" in the assembly. The role of the music, as I understand it, is to help the assembly pray, to "inspire" all to serve the God they have come to worship.

As I share my thoughts in the preceding paragraph, I feel arrogant and condescending.

But I do feel that I am called to more. At this very moment, I feel a kind of conversion. I hear the cry of the poor. I cry with them. I am one of them.

Blessed be the Lord.